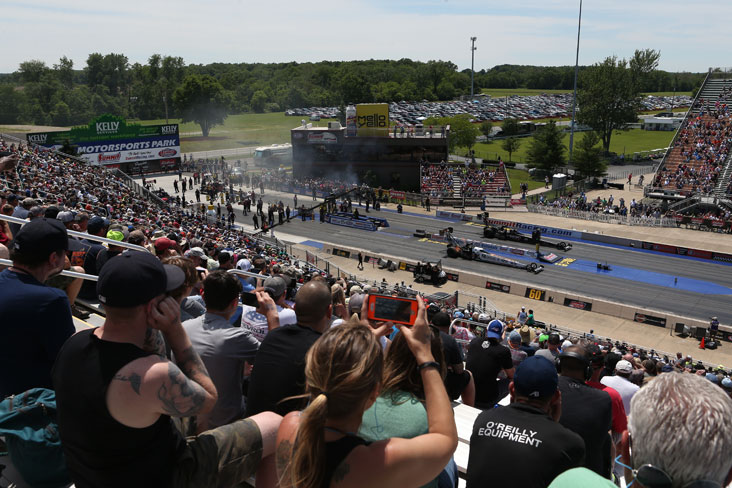 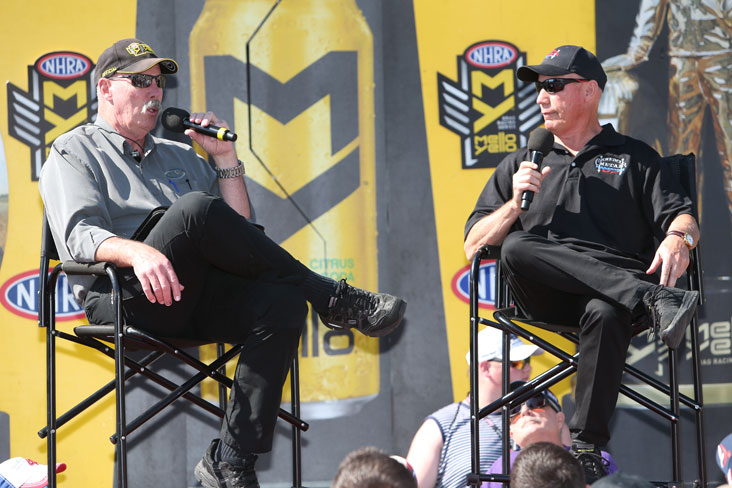 NHRA's Alan Reinhart emceed the pre-race ceremonies, which included the pre-race interviews. Ohio Top Fuel veteran Pt Dakin, who would go on to win his first-round race, was one of the guests. 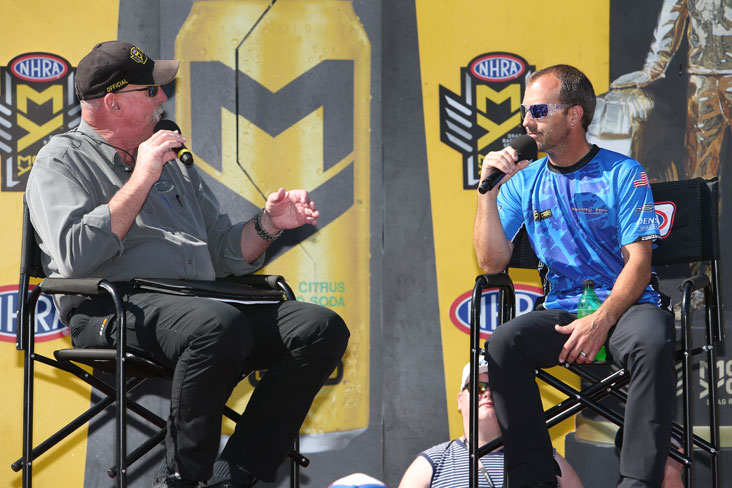 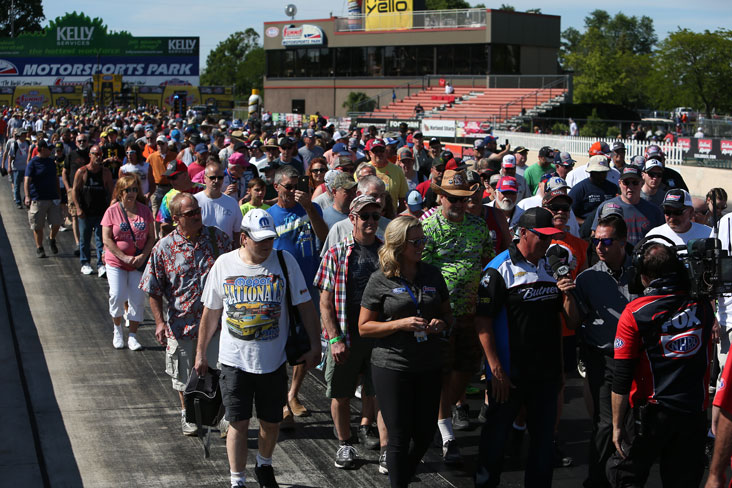 The popular SealMaster TrackWalk was another highlight for fans, who got to take a stroll down the actual racing surface at Summit Motorsports Park. 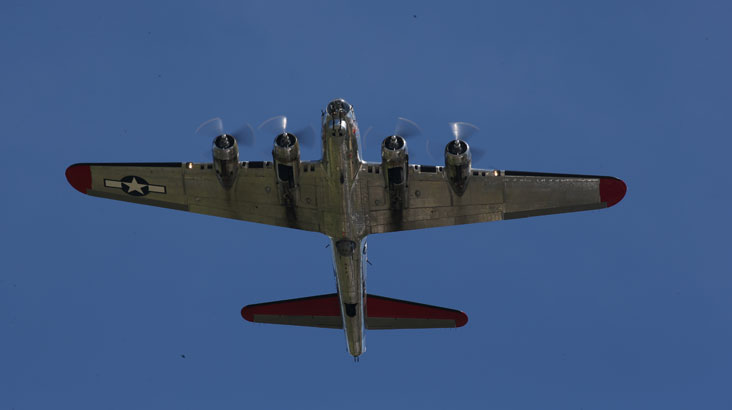 Drag racing and Michigan aviation legend Connie Kalitta was acknowledged during pre-race ceremonies with a flyover from a B-17 Flying Fortress named Yankee Lady following his induction into the Michigan Aviation Hall of Fame. The plane was supplied by the Yankee Air Museum, who nominated Kalitta for Michigan’s highest aviation honor. 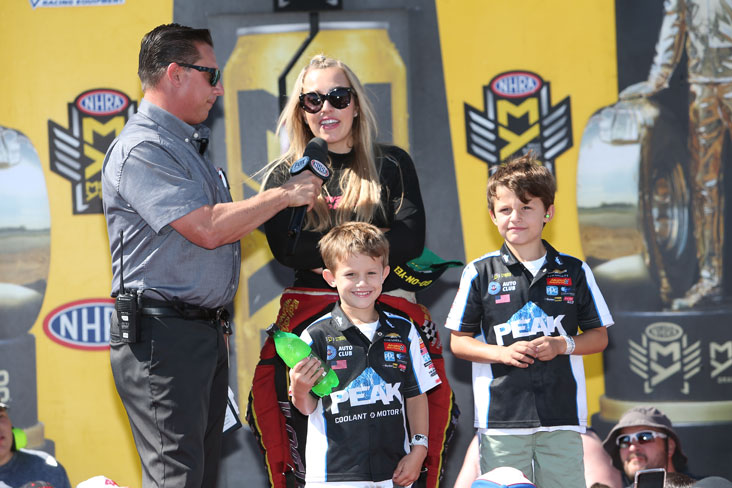 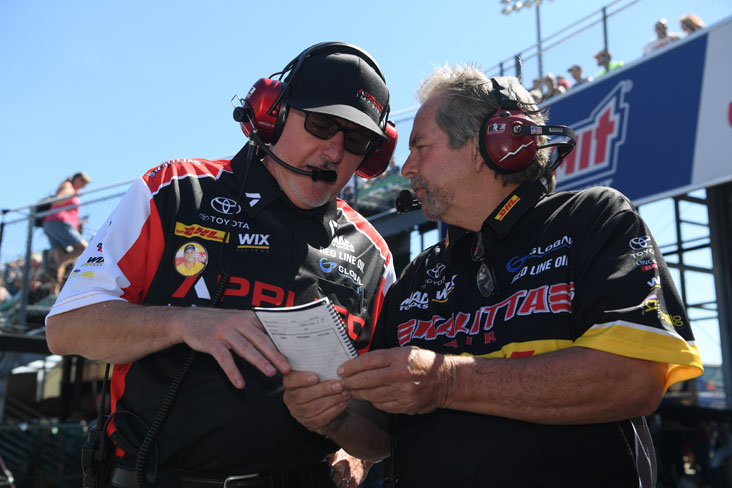 Two of Connie Kalitta's crew chiefs, Rob Flynn, left, who tunes for Doug Kalitta, and Kurt Elliott, who wrenches on Richie Crampton's machine, compared notes before round one. 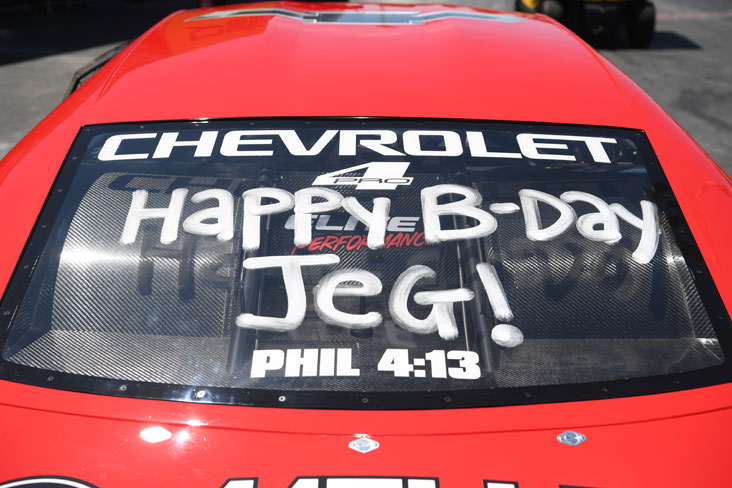 Erica Enders used the back window of her Elite Performance Camaro Pro Stocker as the canvas to wish her teammate, Jeg Coughlin Jr., a happy birthday. 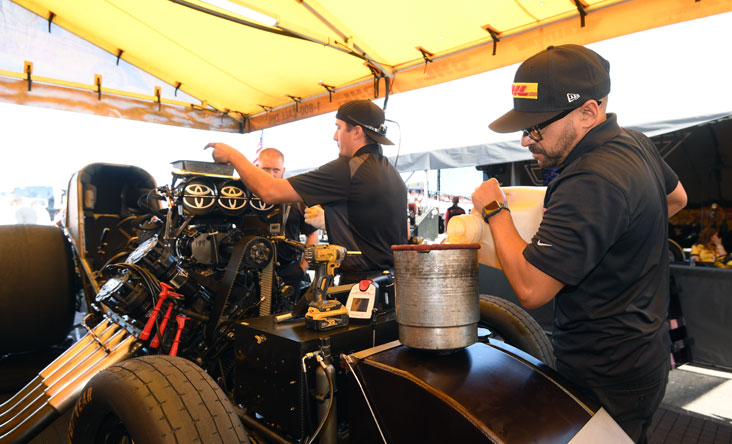 Funny Car world champ J.R. Todd poured the fuel to his DHL Toytoa prior to round one, where he beat Robert Hight. 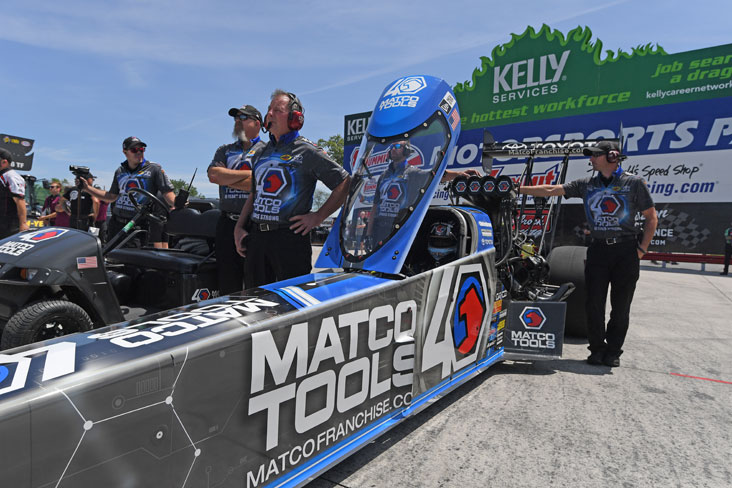 Three-time Top Fuel world champ Antron Brown, who won this event in 2014, beat Scott Palmer in round one but lost a tough second-round battle with Leah Pritchett. 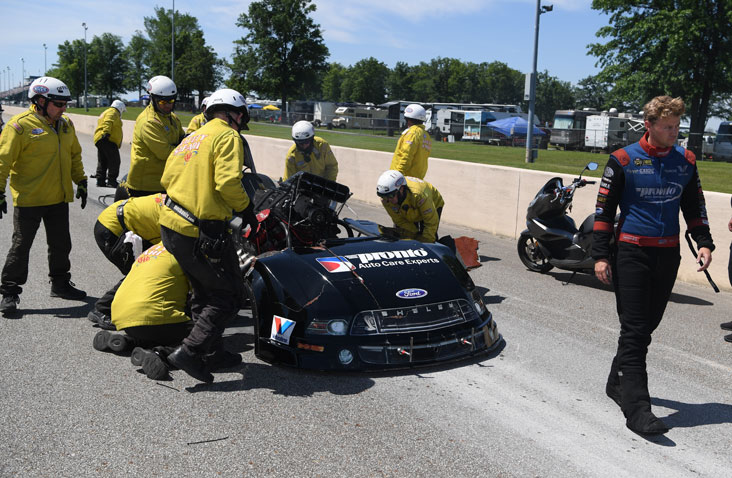 Blake Alexander, who won this event last year in Top Fuel, wasn't nearly as fortunate this year, riding out a huge blower explosion in a losing first-round effort in Funny Car. 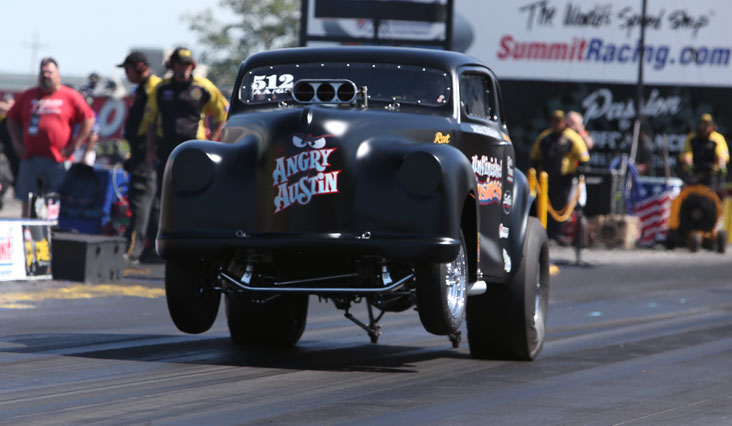 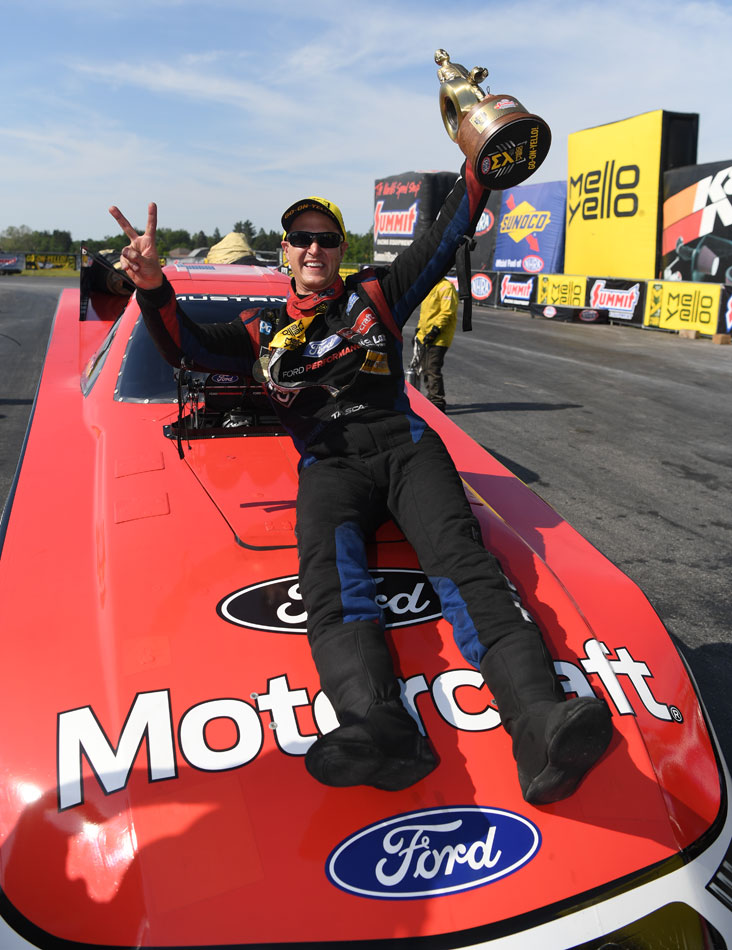 Bob Tasca III celebrated on the hood of his Mustang after scoring his second straight Funny Car victory. 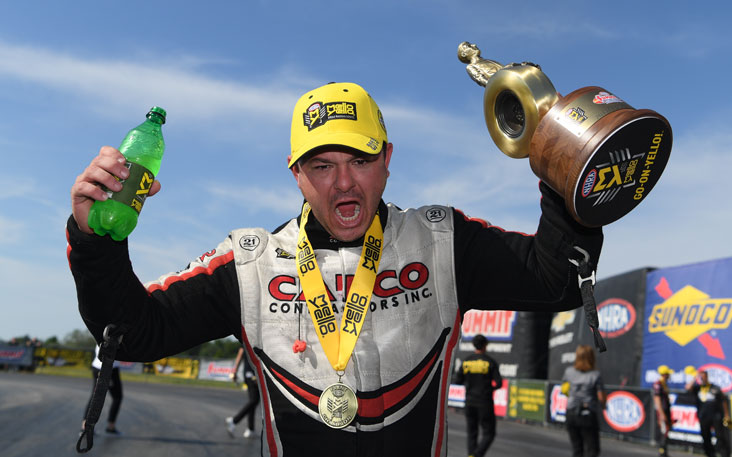 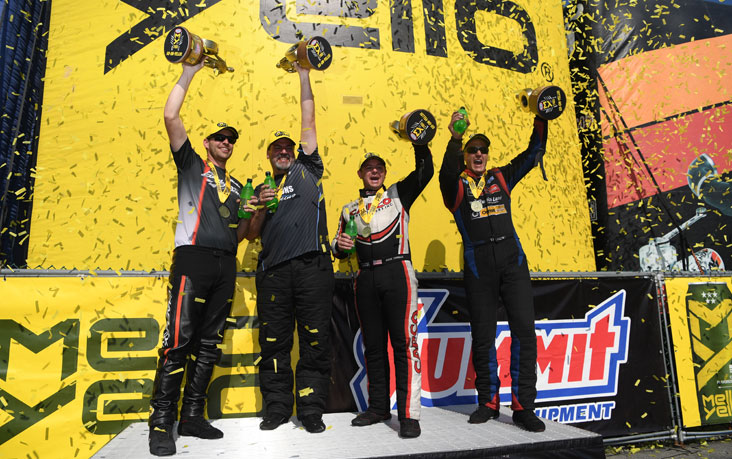