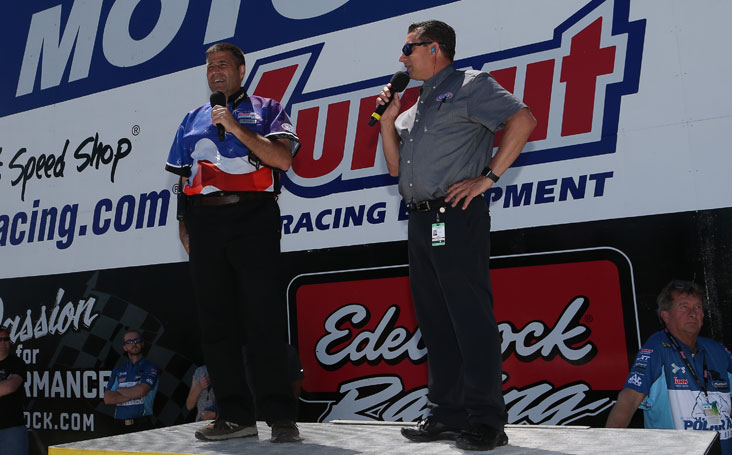 Prior to the start of Friday’s qualifying, NHRA announcer Joe Costello, right, introduced Summit Racing Equipment Motorsports Park track manager Bill Bader Jr., who welcomed the fans and thanked them for coming to the event. 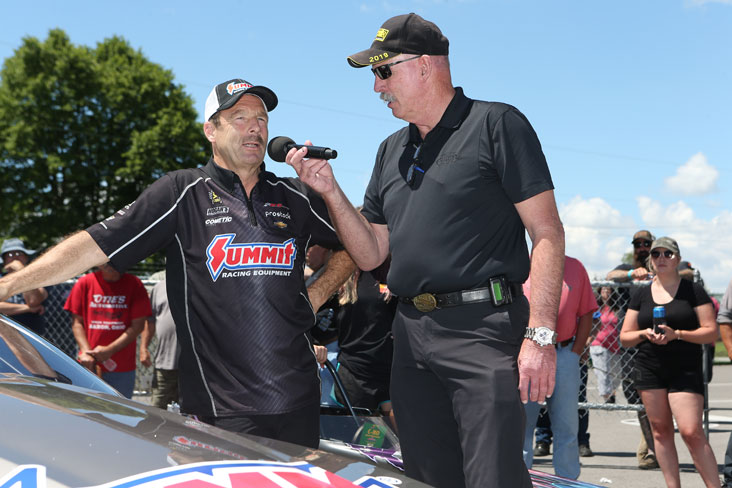 The Summit Racing Equipment team is out in force this weekend and their fleet was on display during Friday’s pre-race ceremonies. NHRA announcer Alan Reinhart spoke with Summit-backed Pro Stock driver Greg Anderson, who is a three-time winner in Norwalk. 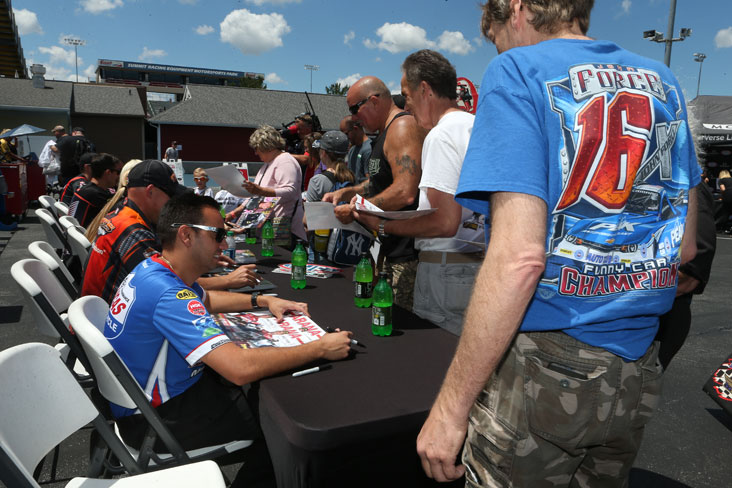 Continuing a long-standing tradition, NHRA’s Pro Stock Motorcycle riders participated in a meet and greet and autograph session for the Norwalk fans on Friday afternoon. 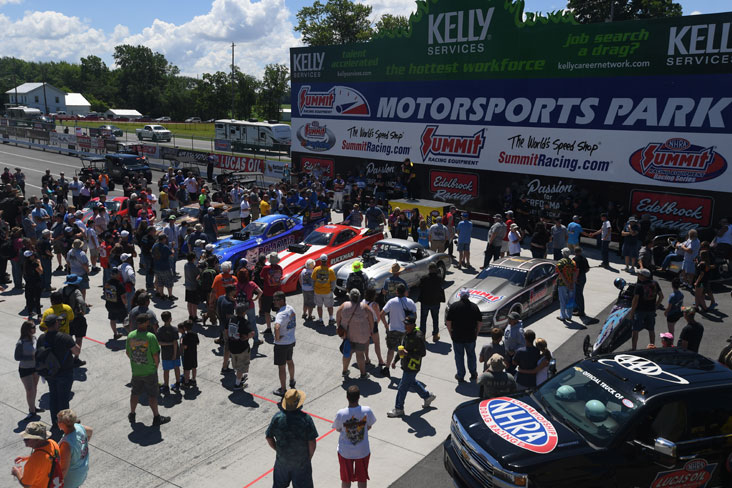 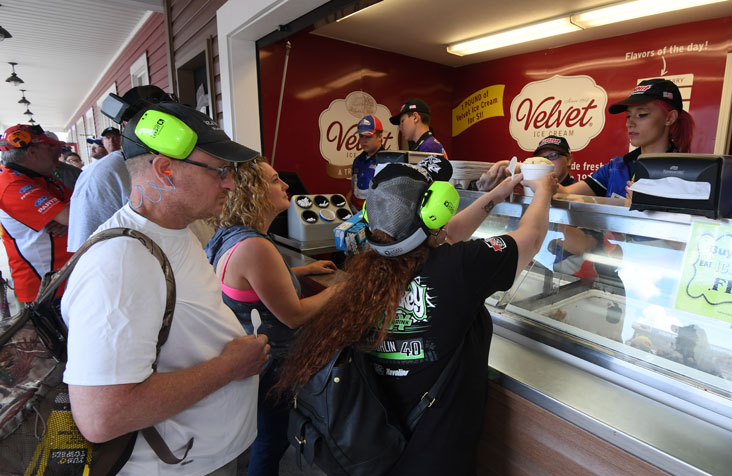 There are many things that help set Summit Racing Equipment Motorsports Park from other dragstrips, but few are as welcomed as the tracks’ longstanding policy of selling ice cream for $1 a pound. With ample sunshine and warm summer temperatures, fans lined-up all day long to get their fill. 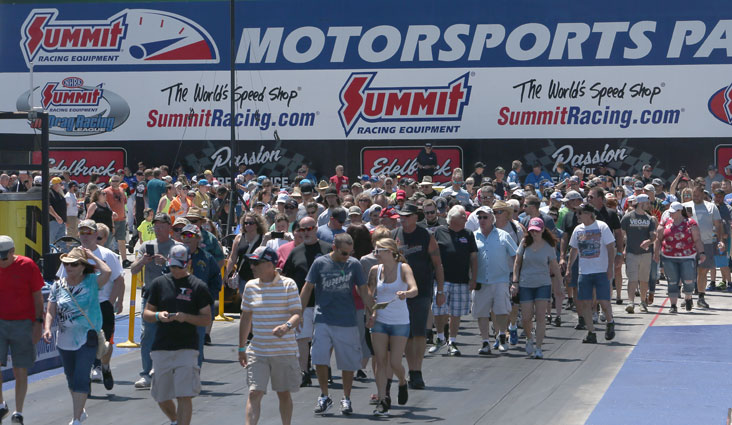 Normally held on Sunday’s the SealMaster Track Walk was added to Friday’s opening ceremony. There will be a second track walk held Sunday morning before the opening round of Top Fuel eliminations. 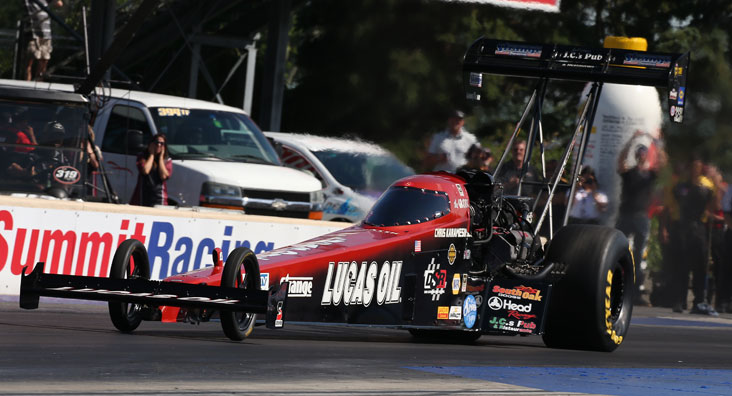 Ageless wonder Chris “the Greek” Karamesines has gotten a little help from his friends this weekend. Longtime buddy Jim Head installed one of his Funny Car engines in Karamesines’ car (note the low profile injector). The experiment remains a work in progress after Friday’s two qualifying runs. 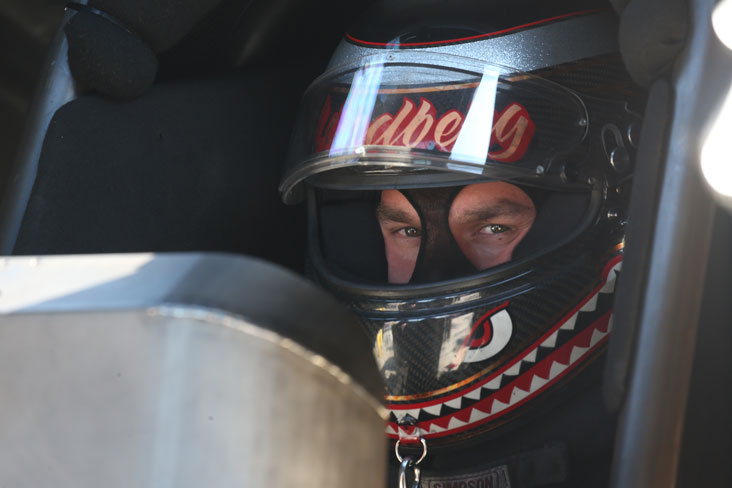 Jonnie Lindberg returned to the seat of Head’s Funny Car after missing the last couple of events. Lindberg returned to his native Sweden to continue working towards his goal of United States citizenship. Lindber's best of 4.56 is currently short of the 4.231 bump spot. 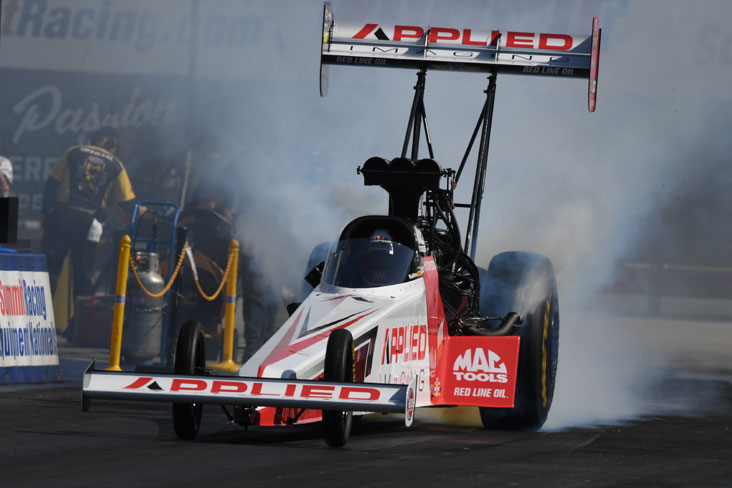 Doug Kalitta has a new look on his Kalitta Motorsports Top Fuel dragster this weekend. The 2015 Norwalk winner is flying the colors of Applied Imaging. Kalitta is No. 12 after day one with a 3.783 best. 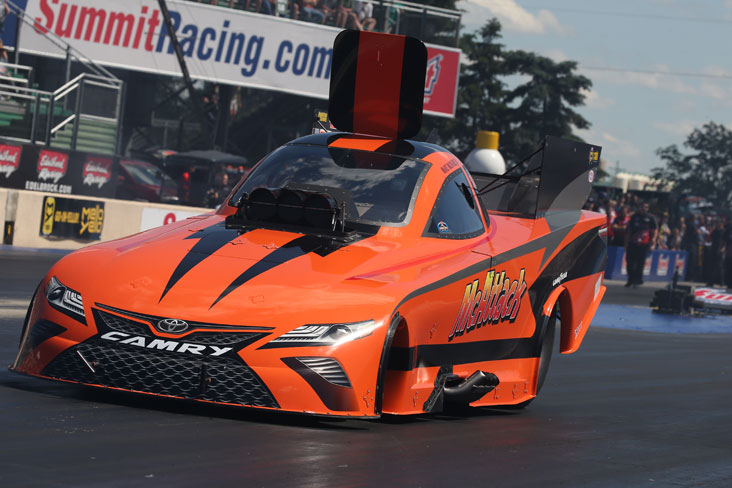 The latest nostalgia driver to make the jump to the “Big Show” is Mike McIntire, who debuted his Mac Attack Toyota on Friday. McIntire’s team is led by veteran fuel tuner Aaron Brooks. 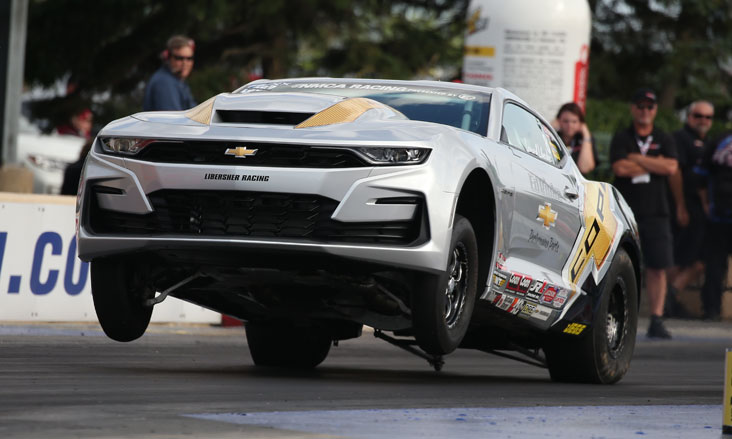 The drivers in the SAM Tech.edu Factory Stock Showdown put on a great show Friday. Leonard Libersher wheeled his COPO Camaro to a competitive 8.086 elapsed time but remains six-thousandths short of the bump spot. He will have two more chances to qualify on Saturday. 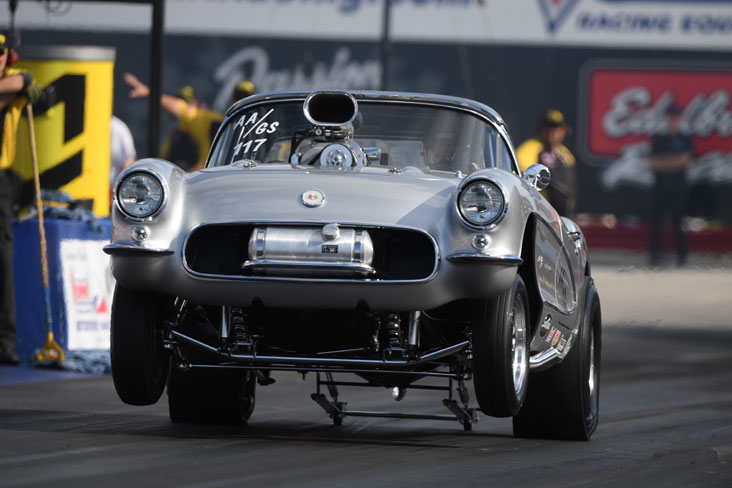 With wheels-up launches, and exciting side-by-side competition, the Scott’s Rods Gassers have become a popular addition to the Norwalk event

The fans who made it to Norwalk got their money's worth with a great pro qualifying show and as an added bonus they got flame-throwing jet cars under the lights to close out a full day of on-track action. 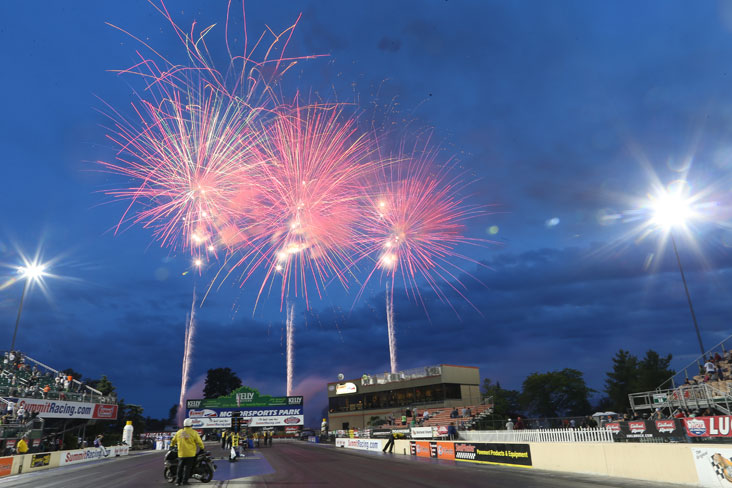 No event at Summit Racing Equipment Motorsports Park would be complete without fireworks.