When the dad finally hands the keys to the family car to the kid, it’s a rite of passage for most teenagers. For Steven Densham, there’s a lot more at stake this weekend than maybe putting a dent in a bumper.
01 Nov 2019
Phil Burgess, NHRA National Dragster Editor
Feature

When the dad finally hands the keys to the family car to the kid, it’s a rite of passage for most teenagers. For Steven Densham, there’s a lot more at stake than maybe putting a dent in a bumper.

After decades of waiting and apprenticing in progressively quicker cars, he’ll finally get to put the loud pedal down in the nitro Funny Car of his father, five-decade class stalwart Gary Densham, for the first time in official NHRA national event competition.

“This is a dream come true, for both of us,” said the proud father. “It’s a long time coming. When he was 8 years old running Jr. dragsters until he was 18, all I heard was ‘When can I drive the car, Dad?’ When he got to be 18, he realized how stupid-expensive this is. There were so many times we both just figured this would d never happen. It just costs so much to run one of these cars and any financial help we got was dependent on me driving the car, so it just never worked out until now.” 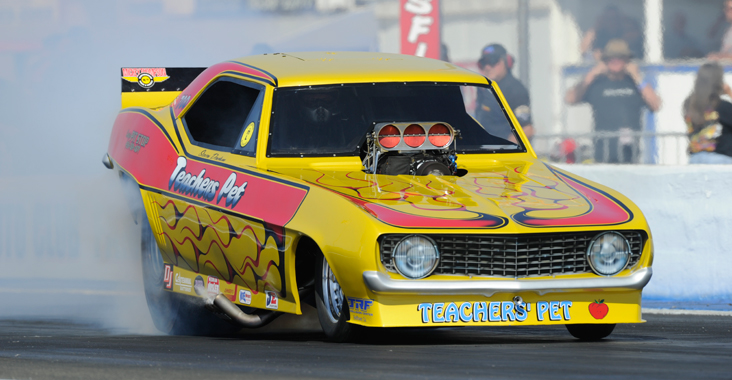 Steven, 37, has worked his way up methodically, starting in Jr. Dragsters from ages 8 to 15 and even won the only Jr. Dragster eliminator ever contested at a national event, at the 1991 Winternationals. He got his first laps in a Funny Car at age 19 in the California Independent Funny Car Association, which ran then on a 7.50 index with injected, alcohol-burning floppers, and eventually ended up in a 6.50 bracket that gave him plenty of high-speed experience. He transitioned into a nostalgia Funny Car -– modeled after his father’s early-1970s Teacher’s Pet Challenger -- in 2010 and by 2015 he was the series champion.

After all of the hemming and hawing, Steven finally got his crack at his dad’s “big show” car after last year’s fall Las Vegas event, a last-minute decision where all of the planets aligned to make it happen. 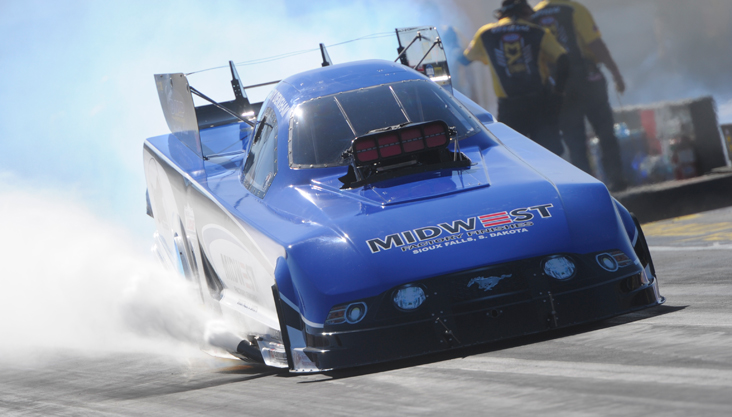 “Last year, we decided, for the first time in 40 years, not to run the World Finals because four of my crewguys couldn’t make it for various reasons and rather than go out there and make a fool of myself without everyone,” Gar explained. “With the money I knew I was going to save there, and the fact that we’d had a pretty good race – we lost first round but the car ran good and didn’t hurt anything – and because all of the crew had 5 p.m. flights on Monday, we decided we’d try to get him his license. We had enough clutch discs and enough nitro for two runs. I told him, ‘Don’t do anything stupid but have fun; if we don’t get [the licensing runs] we don’t get it and we’ll again later.’ He went out there ran 4.98 at 310 [mph].”

To say the least, Steven was impressed with his dad’s car, which harnesses 11,000 horsepower while the nostalgia car can boast just about 3,500.

“The cars leave pretty much the same and the ‘big car’ is actually a little easier to steer because it has all of the aerodynamics that the nostalgia car doesn’t, but when the clutch starts kicking in, it just keeps pulling the same way it hit. The nostalgia car would out there and, at some point, stop accelerating as fast. This thing doesn’t quit. The power is just so intense.”

“I’m glad to have this opportunity, but I admit I’m a little nervous,” Steven said. “Not about the driving but I don’t want to put my dad in some kind of financial burden in case I wasn’t able to lift early enough and it kicked the rods out. I wouldn’t have felt comfortable without Bob and all of those guys kicking in to help make it happen.”

Steven’s mom, Joanne, who has watched her husband go up and down the track for decades, is eager to see her son continue to follow his footsteps.

The team doesn’t plan to mess around with anything like a half-pass, and Steven will put the pedal all the way down on his first run Friday. 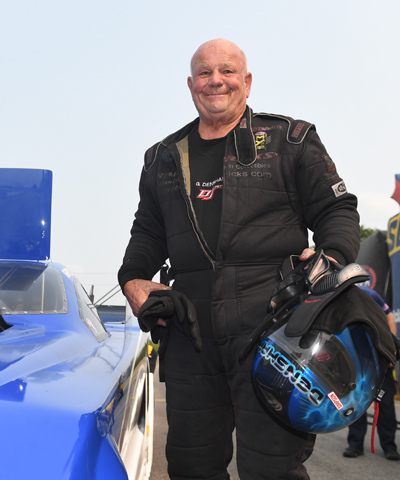 For all those Gary Densham fans out there, he plans to be back behind the wheel for this year’s Finals in Pomona.

“I want to drive for another couple of years, but to be dead-honest, if someone came up with a whole wad of cash for Steven to drive, he’d drive. That would be cool,” he said. “I told him that if he wins this race, he can drive at the Finals, too.

“I love driving the car, but I don’t feel like I’m helping the team like I used to,” he admitted. “My lights, which used to be among the best in the class, just aren’t there anymore – and I refuse to [stage] deep for my ego because these guys work too hard to not get the e.t. slip that they deserve -- and I don’t have the feel for the car that I used to. When we were running fulltime, I’d have a standard bet with my crew guys that if I could tell them, within two-hundredths, what the car had run they owed my $5. If I missed, I owed them $5. I collected a lot of those bets. Now, I just can’t tell like I used to. I always knew exactly what the car was doing and could give good input about what the car was doing or about to do and what the car needed. I just don’t have that same feel anymore.

“I thought it would kill me to be outside of the car, but watching Steven drive the nostalgia car. Sometimes it’ cooler to be on the starting line when something cool happens –- a good e.t. or a win light -– because you get to share it with everyone. Driving the car, sometimes you get down there and don’t even know if you’ve won.”