Tom Elliott has been racing for a long time. He now exists as an elder statesman in a category, Top Dragster, that ranges younger, if for no other reason than its speed.
21 Sep 2019
Jacob Sundstrom, NHRA National Dragster Associate Editor
Feature

Tom Elliott has been racing for a long time. He now exists as an elder statesman in a category, Top Dragster, that ranges younger, if for no other reason than its speed.

The six-second rockets are among the quickest in the NHRA Lucas Oil Drag Racing Series, and Elliott, who competed in the Chevrolet Performance U.S. Nationals for the first time in his career, loves every second of it.

He understands why the National Hot Rod Association implemented what is known as the 5.90 rule, which prohibits competitors from going too quick. He also loves leaning into the throttle in his Mike Spitzer and Brent Eversole-built dragster, which was constructed in 2016. Rest assured, it runs plenty quick; though Elliott ran into problems in Indy.

“It just bogged on me, and I’ve never had it do that to me before,” said Elliott. “I did my burnout and backed it up and everything, so I pulled up and staged, and my rpms only read at 4,500 … then the motor died. I was just dumbfounded. I’ve been running blower cars for probably 12 years, and I’ve never had one do this before.” 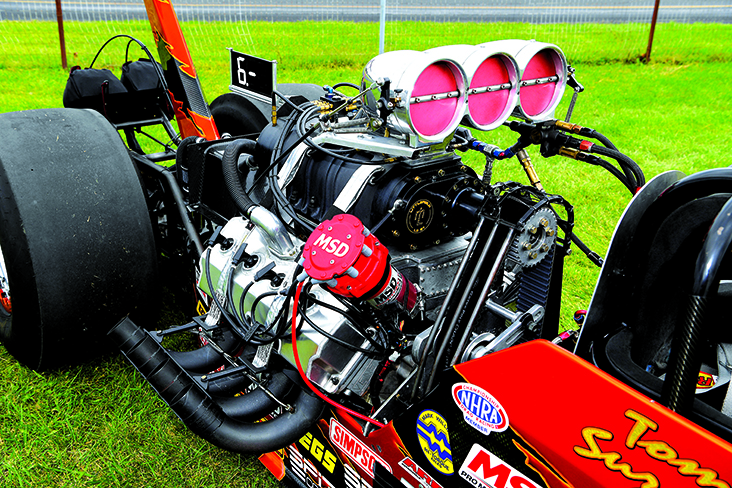 A relatively short weekend of racing at the Big Go did nothing to diminish the enthusiasm of Elliott, who races with his wife, Suzanne. The pair have been side by side for, well, the question tested Tom’s memory, so he pivoted [a wise move, as Suzanne was clearly in the room, so we’ll say a long time]. Suzanne serves as crew chief on the dragster, which sports a colorful paint scheme and flames licking the side of the orange body.

As much as Elliott enjoys racing, it became clear going to events is a social activity. He said he tries to park his trailer near a different racer every time he leaves the house. That can be strategic, but it’s also because he likes to talk.

“That’s how you learn new things,” said Elliott. “You might see a different combination that someone is using, and it’s tough to learn anything when you’re always around the same people. Besides, everyone else has heard my stories before, so I love meeting new people, that’s just something I love doing.” 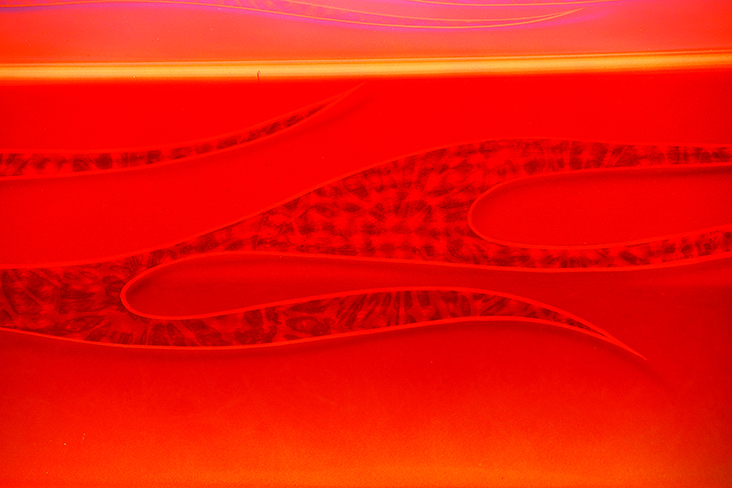 Neither Elliott sequesters themselves in the Top Dragster category, either. Sportsman racing is often likened to a family, and the Elliotts are a great example of that flavor of the sport. Tom isn’t contending for a championship in the category, but he seems to know everyone.

“I’ve been doing this for so long that the people I used to race are now grandparents,” said Elliott. “I’m racing against their kids, and heck, I’m racing against their kids, too. It’s a young man’s class. I really enjoy meeting people, and Suzanne, they call her the cupcake lady because she’s very involved in the [NHRA Summit Racing] Jr. Drag Racing League. She brings cupcakes to all the kids who race when we go out to our local track.”

Elliott loves going fast, making friends, and telling stories — and we’re lucky to have him. 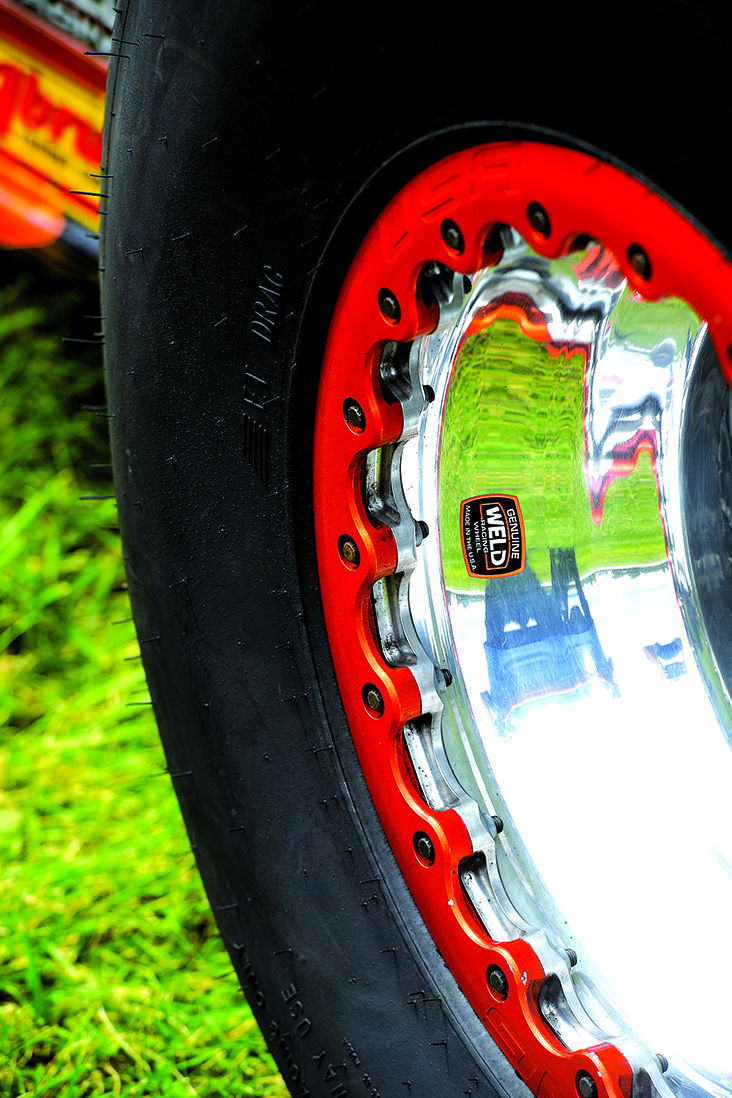 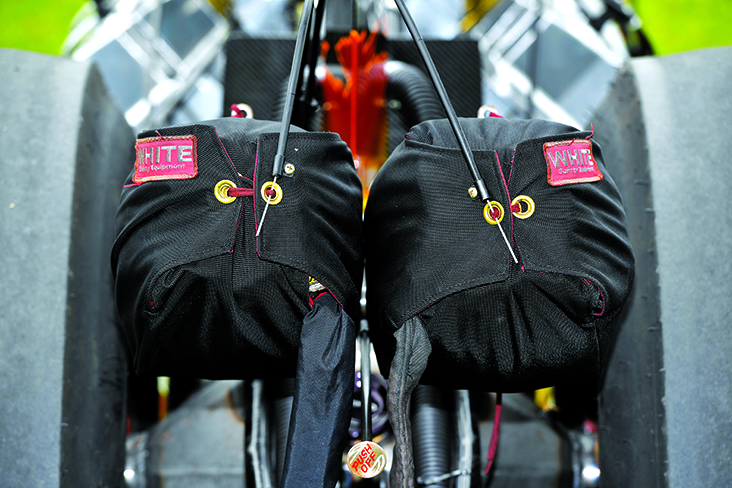 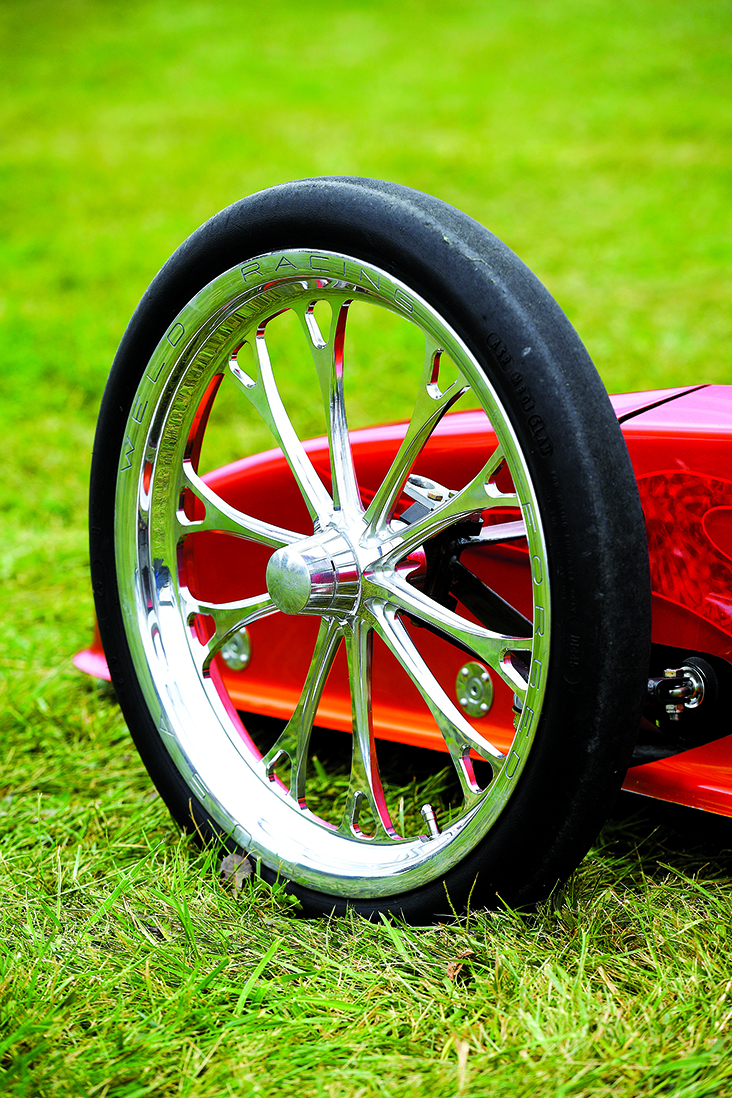 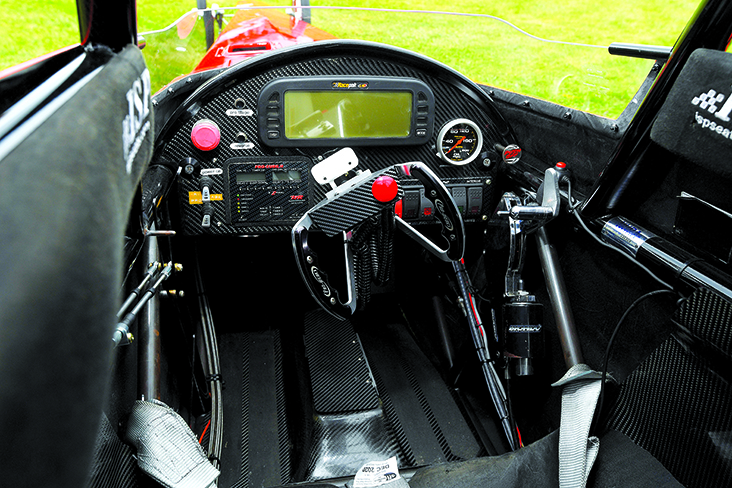 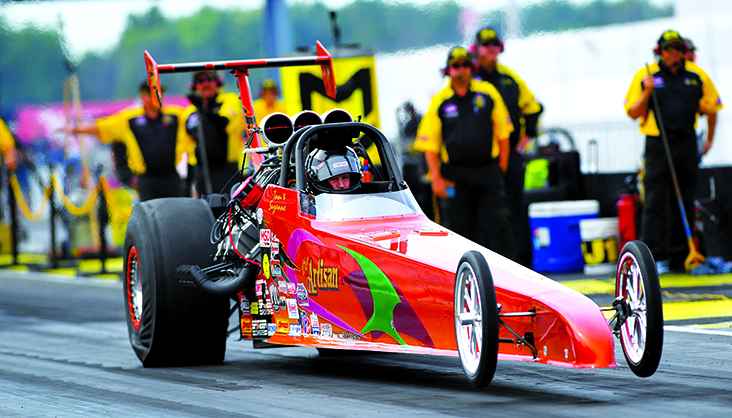