There have been 15 different winners in the last 24 Pro Mod events. Expect the unexpected to continue in 2019.
09 Mar 2019
Kevin McKenna, NHRA National Dragster Senior Editor
Feature

The statistics don’t lie. There have been 15 different winners in the last 24 events in the E3 Spark Plugs NHRA Pro Mod Drag Racing Series dating back to the start of 2017, making it one of the most competitive classes in all of drag racing. Looking a bit further at the numbers, supercharged cars have won 11 of those 24 races, turbocharged cars have won seven, and the nitrous oxide contingent, led by Rickie Smith and teammate Khalid alBalooshi, have accounted for six wins in the last two seasons. As a refresher, Smith won the series title in 2017, and Mike Janis, behind the wheel of a supercharged Camaro, earned his first title last season.

Enough of the history lesson. Other than parity among engine combinations, the only thing that is a constant in Pro Mod racing is change, and for 2019, the class is set to undergo a potentially dramatic change when Smith, the long-time proponent of the nitrous combination, debuts a pair of new turbocharged Ford Mustangs for himself and Bahrain 1 Racing teammate alBalooshi. Smith believes he needs to make the change in order to be competitive, so he’s gone all in. Not only does he have a pair of new race cars, but he has also enlisted the help of noted turbocharger expert Steve Petty, who most recently tuned Troy Coughlin to each of his two Pro Mod titles.

Smith recently tested the car in Florida and posted a very competitive 5.77 elapsed time at 252 mph. During the same test session, he also made runs in his trusty nitrous-assisted Camaro as a sort of insurance policy. Smith is widely regarded as one of the best chassis tuners in all of doorslammer racing, and his driving skills do not seem to have diminished much, even at age 65. The NHRA Pro Mod class continues to draw large fields of anywhere from 25 to 34 cars, and the quality of the entries is second to none, which makes it virtually impossible for one driver to dominate. 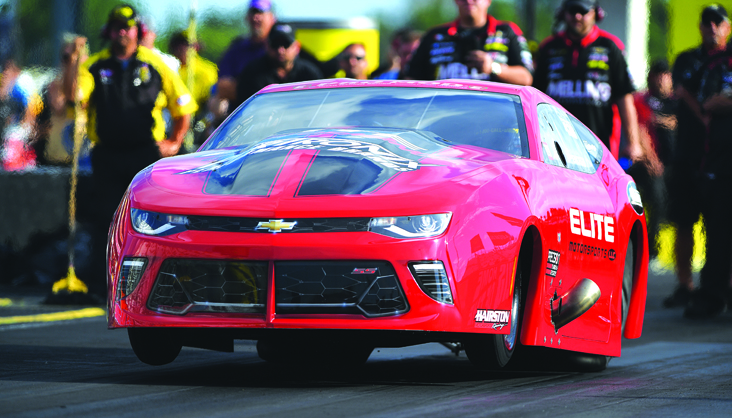 What’s new?
Smith’s much-ballyhooed switch to a turbocharged car remains the biggest change to the class this season, but it is far from the only one. Longtime Pro Mod racer Danny Rowe took a step back and announced that he will not compete in 2019. It’s also unlikely that former champ Coughlin will race in Pro Mod this year, although he certainly reserves the right to change his mind.

After dipping his toe in the Pro Mod waters last year, Elite Motorsports team owner Richard Freeman will devote a considerable amount of resources to the class this season with three full-time entries. Freeman remains heavily invested in Pro Stock with a stable that includes world champions Jeg Coughlin Jr., Erica Enders, as well as up-and-coming Alex Laughlin. This year, he will field a pair of turbocharged Camaro entries for Enders and Laughlin. Steve Matusek, who previously raced as a teammate to Rowe, will now be a member of the Elite team with his Aeromotive-backed entry. Enders looked right at home behind the wheel of a 250-mph Pro Mod in her limited appearances last season, and Laughlin’s street cred recently got a major boost when he won the Lights Out X small-tire event in Valdosta, Ga., behind the wheel of his supercharged drag-radial Corvette.

It’s reasonable to expect that the class might see a handful of new winners this season as well. Enders and Laughlin are two drivers worth mentioning while Chad Green, Michael Biehle, Eric Latino, Jason Scruggs, Brandon Snider, and Harry Hruska are all driver who have yet to win in Pro Mod but have shown the potential to do so. 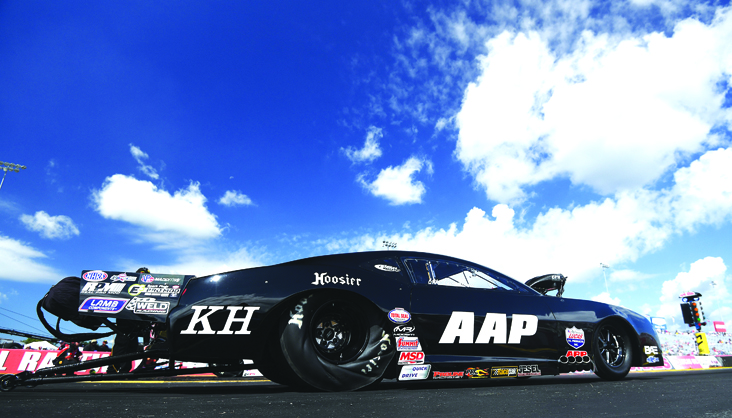 Who are the championship contenders?
Once again, Smith figures to be in the mix for the title, especially with the assistance of Petty. Smith has been extremely vocal about his motivation for switching engine combinations, so it stands to reason he’ll arrive in Gainesville with a giant chip on his shoulder. If nothing else, he’s not likely to hold back. If his car is capable of breaking the existing 5.67-second elapsed time record, he’ll do it just to prove his point.

Of course, reigning champ Janis will also be in a prime position to defend his crown. One of the class’ most innovative drivers and engine builders, Janis didn’t spend the winter shoveling snow in his hometown of Buffalo, N.Y. Instead, he raced for the AAP team in Qatar, so he’s not likely to show any signs of rust. Janis was only in two finals last year, including a win in Richmond and a runner-up at the season opener in Gainesville, so he was far from dominant. Janis was, however, very consistent, and he’ll need to be again in order to repeat.

For the last two seasons, Mike Castellana and tuner Frank Manzo have been contenders for the title but have fallen short at the end. Neither one of them take losing well, so it’s fair to expect a renewed push towards a title this year with their supercharged AAP entry. As the current record holder in the class, Castellana certainly has the power to contend for a title. Among the drivers who continue to favor the supercharged combination, Stevie “Fast” Jackson and the father-son team of Jim and Steven Whiteley join Janis and Castellana.

The last word
There are expected to be upwards of 32 Pro Mod drivers in Gainesville for the 50th annual Amalie Motor Oil NHRA Gatornationals and at least 20 to 22 of them have a legit chance to win the race. That’s just how competitive the Pro Mod class has become. Last season, at the events in Dallas and the fall Charlotte race, the entire 16-car field was separated by less than a tenth of a second, which makes the class every bit as competitive as Pro Stock. With the field so tightly bunched, driving skill, particularly in the area of reaction times, becomes a critical component for success. That’s a radical departure from previous seasons when the racer who could consistently negotiate the track surface generally had the best shot to win the title.