No one forgets their first Gatornationals, nor their last, nor many in-between

Gainesville, Florida. Home to the University of Florida and its national champion football team. Teenage stomping grounds of rock ‘n’ roll hall of famers such as Tom Petty, Stephen Stills, and Eagles guitarists Don “Fingers” Felder and Bernie Leadon. Birthplace of legendary Sonny’s Barbecue. Oh, and of course, most dear to all of our hearts, home of the NHRA Gatornationals since 1970. 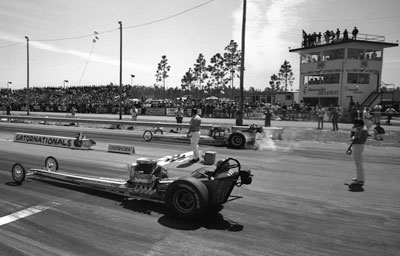 Gainesville Dragway (as it was first known) was built for about $600,000 over 10 months in 1968 by local land owner and contractor Jim Raulerson on 200 acres of land on SR 225. In the years since, it has become one of NHRA’s legendary tracks, alongside the hallowed grounds of Indy and Pomona. The same chill that people get today walking onto the grounds of Lucas Oil Raceway at Indianapolis or Auto Club Raceway at Pomona still envelops Gainesville fans.

The fabled accomplishments on the strip by icons like “Big Daddy” Don Garlits, Shirley Muldowney, Don “the Snake” Prudhomme, Ed “the Ace” McCulloch (who won the event in three different decades), and other giants of our sport still hang in the air. There’s the lane where Kenny Bernstein ran 300 mph. That’s the spot on the track where Raymond Beadle and the Blue Max rolled. If those scoreboards could talk …

No one forgets their first Gatornationals, nor their last, nor probably many in-between.

My first Gatornationals was 35 years ago, at the historic 1984 event, where Joe Amato became the first Top Fuel driver to exceed 260 mph and was followed into that twilight zone about 90 minutes later by Bernstein in his Budweiser King Funny Car. I made my first Florida foray not as a National Dragster reporter assigned to cover the event but as a stowaway of sorts, a young cub reporter eager to experience life on the road as a traveling member of a race team, to see what this whole circus life was all about, but, yes, also for a chance to walk the grounds of a place I’d visited only in magazines. 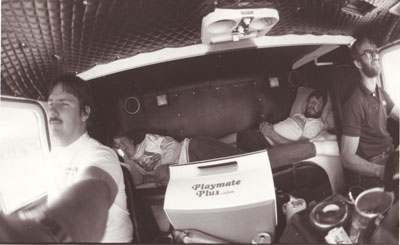 I spent 46 and a half hours in a race hauler with Southern California-based Top Alcohol Funny Car racer Jim DePasse and crew, covering 2,300-plus miles to get there, and it was worth every bumpy interstate, breakdown, and long stretches between bathroom stops.

DePasse didn’t qualify, which freed me to play spectator on Sunday, so I was ringside for the heroics of Amato and Bernstein. I will never forget the majesty of the moment, nor the stunned reaction of the crowd.

I was also grateful to have seen my first of what would become many Gatornationals and to have experienced up close the agony of defeat that often is a more realistic — and certainly more prevalent — part of racing than are champagne showers in the winner’s circle.

I’ll never forget the things I learned, the places I saw, and the thrills I experienced on that great nine-day adventure. When I walk the pits at this year’s event and see those rows and rows of glimmering semi trucks, I know that the now-shiny rigs just spent the last several days rumbling down a highway, covered in bugs and road grime, and chauffeured and pampered by a group of eager young crewmembers fueled up on truck-stop eats and Mello Yello who also couldn’t wait to get to Gainesville. 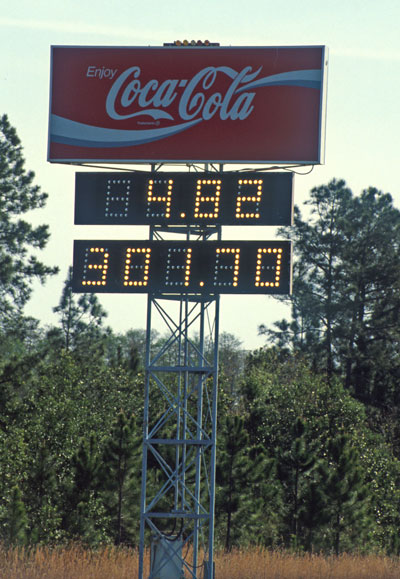 I’ve been to Gainesville many times since that first trip and have been fortunate to have witnessed a large majority of the post-1984 history that took place at Gainesville Raceway and that are included in our Gatornationals Memorable Moments in our latest issue and stretches more than 30 pages with wonderful photos; some of those photos are even mine. Our special Gatornationals section also includes an in-depth feature on one of those moments —- Bernstein’s barrier-breaking 300-mph pass — as well as a list of everyone who has won the Gatornationals and a look back at the ever-changing landscape of Gainesville Raceway.

I’m very much looking forward to seeing the legends of the sport who have assembled for the 50th annual Amalie Motor Oil NHRA Gatornationals, and especially the Unfinished Business competition that will span the weekend. I’ve seen all eight of these heroes compete at Gainesville Raceway in their prime, and I have no doubt that all eight are out gunning for another taste of Gainesville glory.

With a new all-concrete racing surface primed and ready, I have no doubt that this year’s Gatornationals, like the 49 that preceded it, will continue to add to the legacy of a great event known for unparalleled performance, deep drama, and memorable moments.