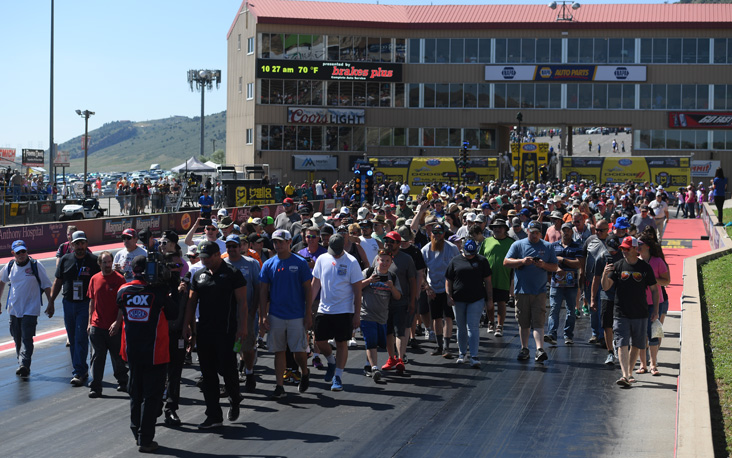 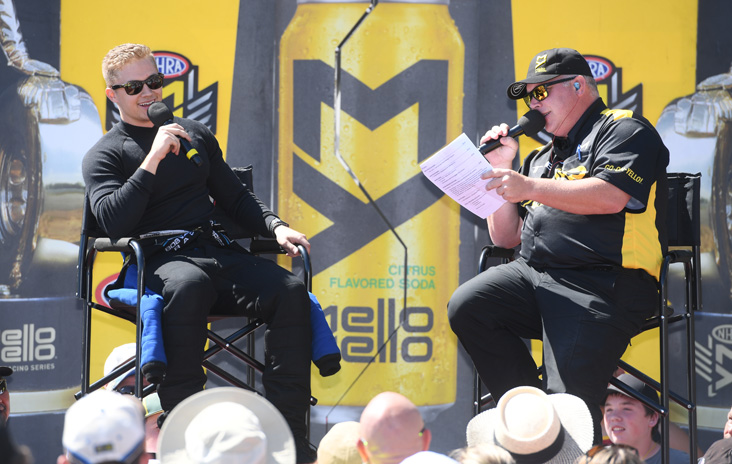 As part of pre-race ceremonies, NHRA's Jason Logan, right, put Top fuel driver Jordan Vandergriff on the Hot Seat. The impressive rookie handled it with the same coolness in which he handles his DA Lubricants Top Fuel dragster. 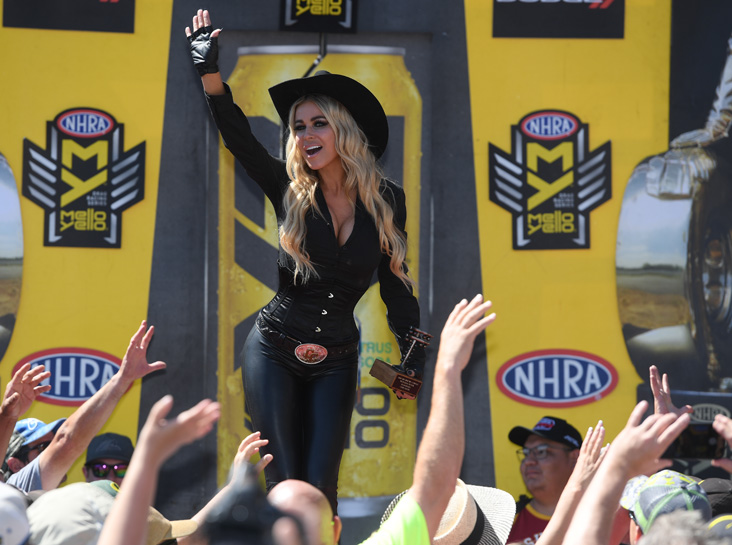 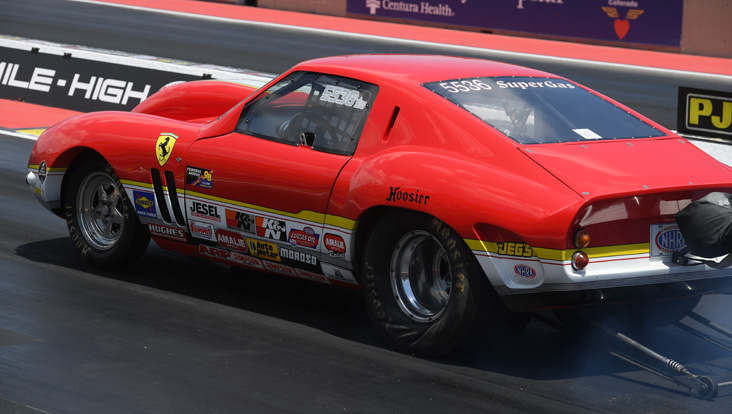 Italian sports cars are a rare sight on any dragstrip, so it figured that Kevin Burnett's '62 Ferrari replica would be a popular additon to the Super Gas class. The Colorado racer also made it to the quarterfinals. 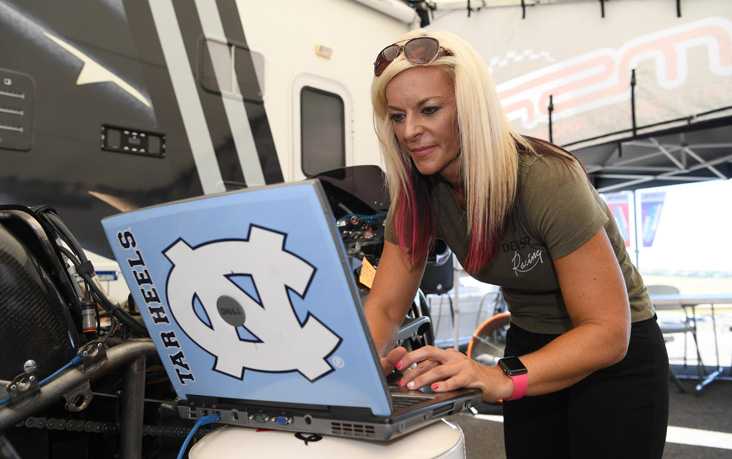 Answering fan mail or installing a tune-up in her Denso EBR? Whatever the case, Angie Smith was the No. 3 qualifier in Pro Stock Motorcycle, the highest starting spot of her career. 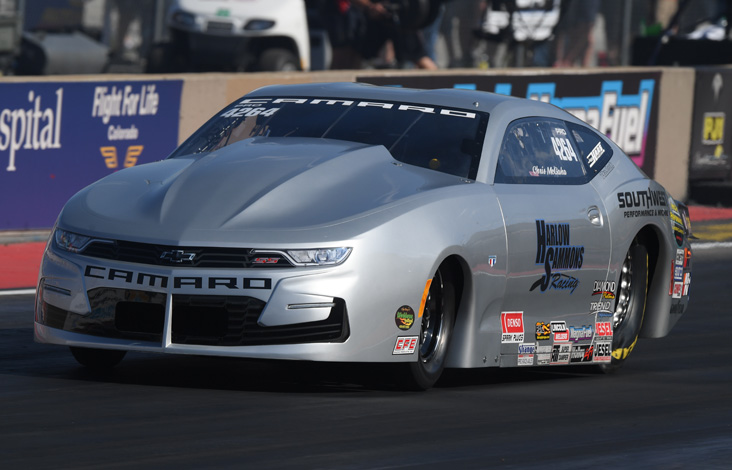 Norwalk Pro Stock winner Chris McGaha had a tough weekend in Denver when a starting line miscue resulted in a rare round one loss to Val Smeland. 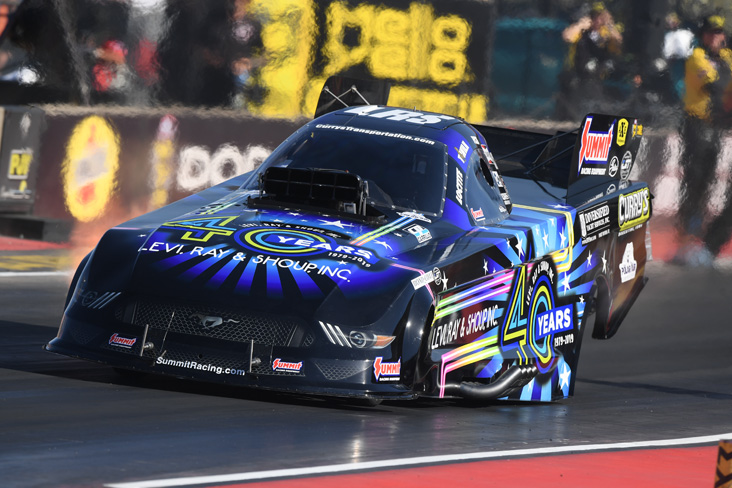 After qualifying solidly in the field with a 4.07, things didn't go as planned for Tim Wilkerson and the Levi, Ray & Shoup team. Wilkerson smoked the tires in the opening round. 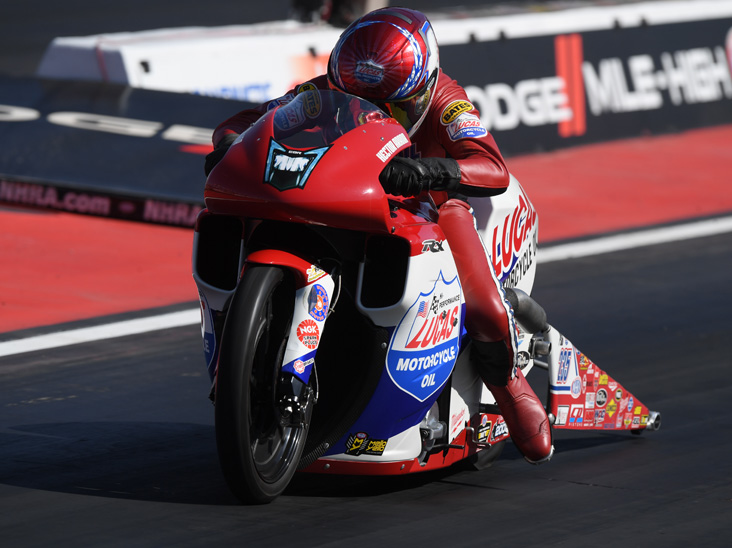 Hector Arana Sr. rode his Lucas Oil EBR to a strong 7.232 to qualify No. 5 in the Pro Stock Motorcycle field. The 2009 Mello Yello champ also defeated Japanese racer Eiji Kawakami in the first round. 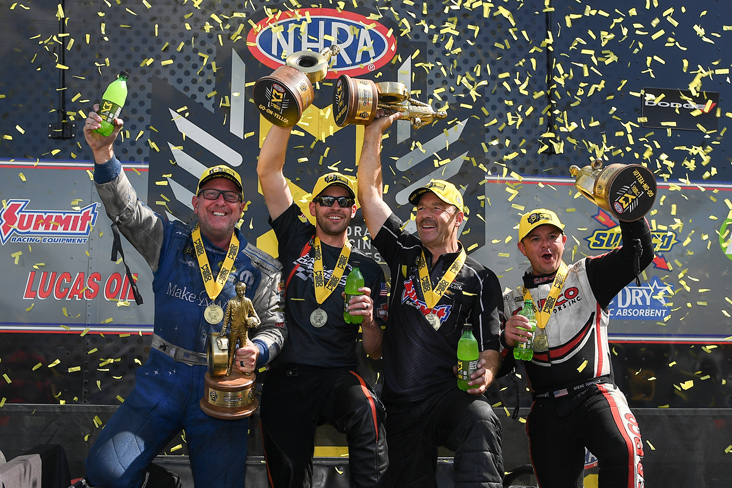