Bandimere Speedway is one of the most picturesque facilities on the NHRA Mello Yello tour and it makes a perfect setting for the work of NHRA National Dragster photographer Jerry Foss. Here is a look at some of the best images of the day.
19 Jul 2019
NHRA National Dragster staff
Race coverage

A longstanding tradition at the Dodge NHRA Mile-High Nationals is the Mopar Block Party, which is held on Thursday evening in neighboring Golden, Colo. The event attracts a huge crowd of NHRA and Mopar fans and features a car show, autograph signings, and live entertainment. 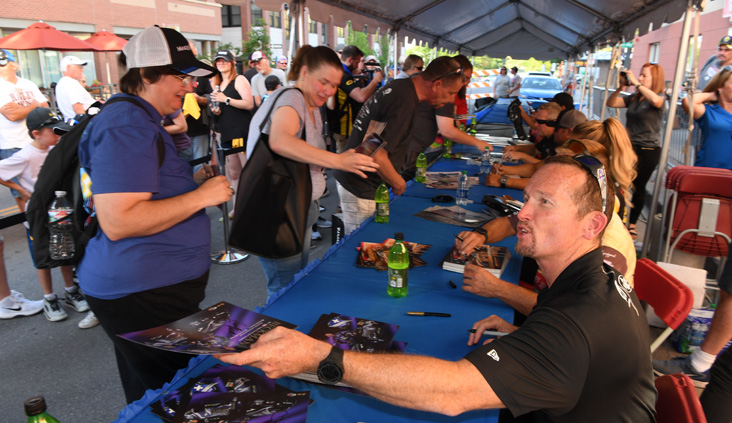 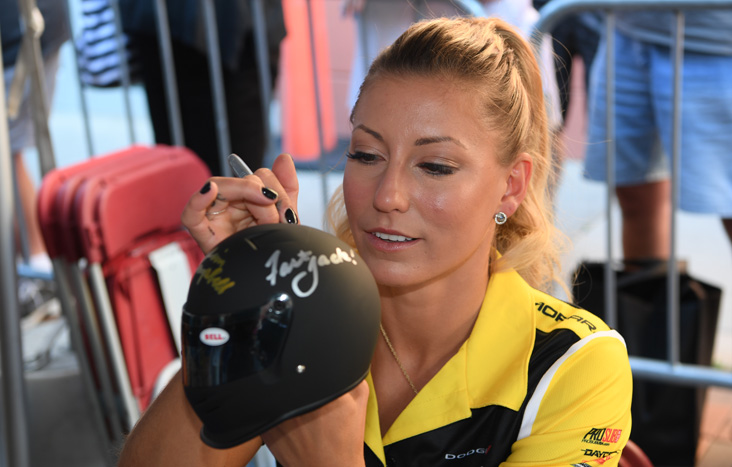 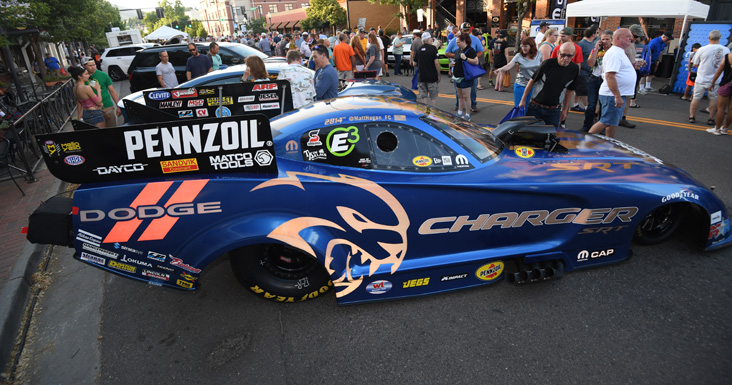 On Thursday, fans also got a sneak peek of the new wide body Dodge Charger SRT Hellcat that is being run by two-time Funny Car champion Matt Hagan this weekend. On Friday, Hagan picked up three bonus points by making the quickest pass of the opening session. 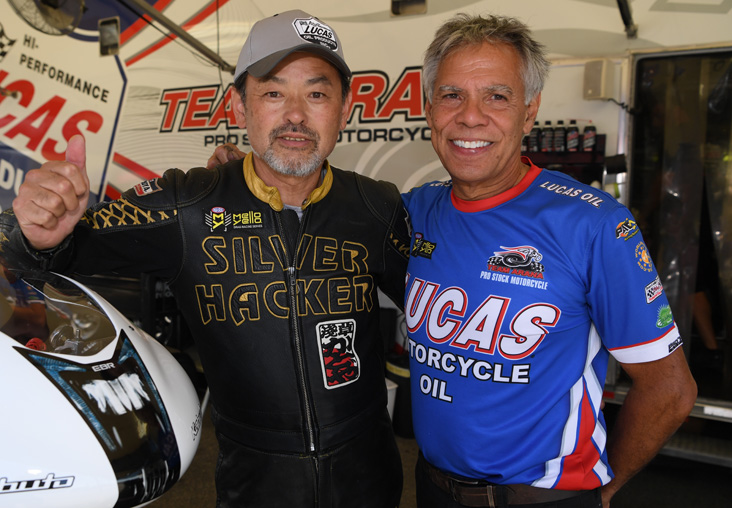 Making his first appearance at an NHRA event since 1996, Japanese racer Eiji Kawakami leased a bike from Hector Arana and the Lucas Oil team for the Denver event.  Kawakami is one of many International riders who have raced in the Pro Stock Motorcycle class.

The Kalitta Motorsports/DHL crew roll Richie Crampton's Top Fuel dragster out of the transporter prior to Friday's opening qualifying sessions. Crampton enters the Denver race as the No. 8 seed in Top Fuel and is looking to solidify his spot in the Countdown. 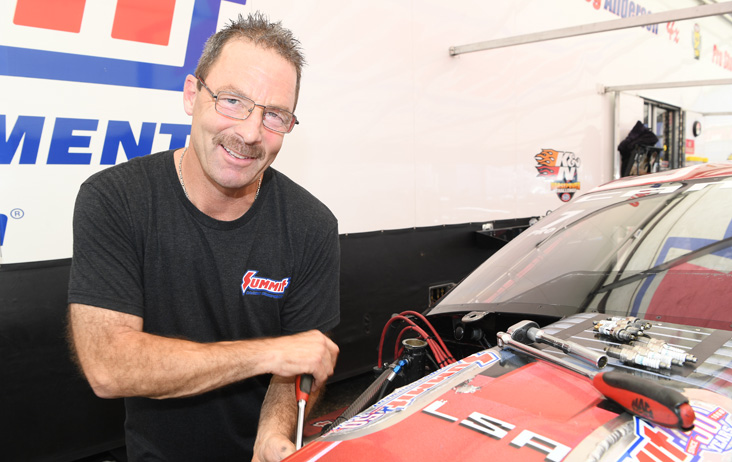 Greg Anderson, a three-time Denver winner and the defending event champ, is looking for his first win of the season. Anderson's KB Racing team enjoyed a solid opening day at Bandimere Speedway. 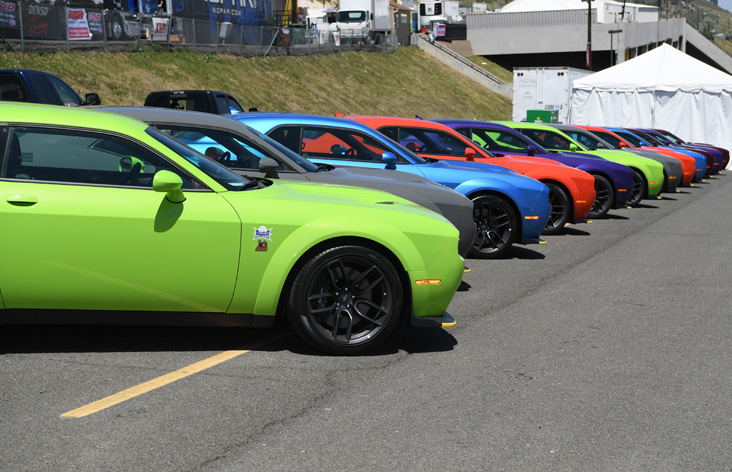 The Dodge presence at Bandimere Speedway is impressive with many new models on display including a row of high performance Dodge Charger and Dodge Challengers featuring some of the manufacturer's most desirable color combinations. 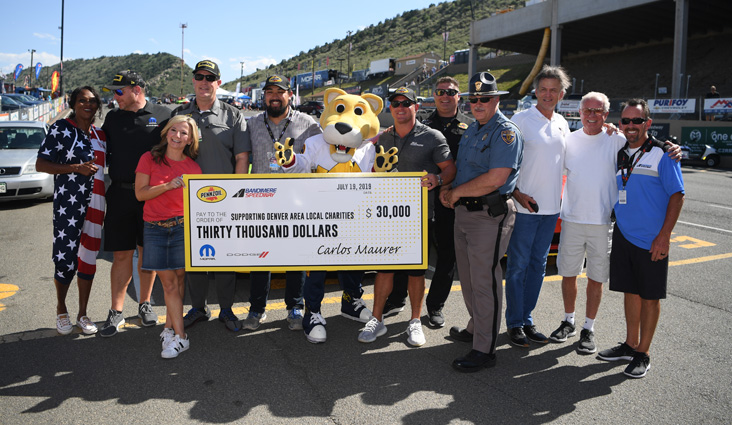 The Pennzoil Charity Challenge, which featured a match race among local celebrities and dignitaries, raised $30,000 for local Denver area charities. 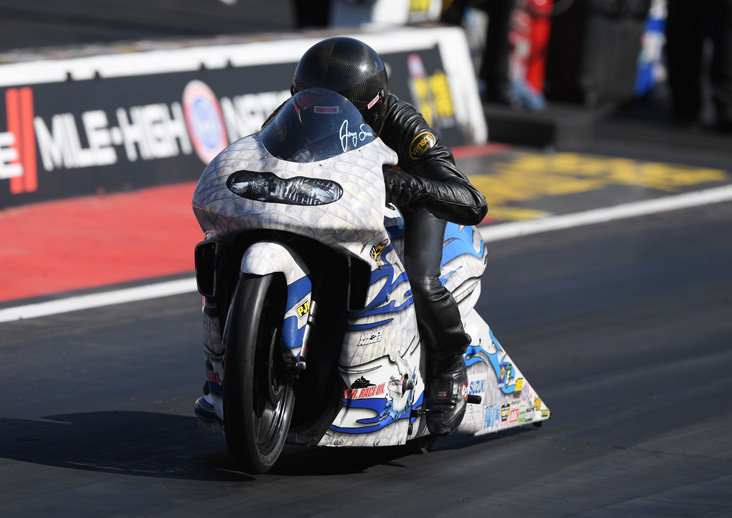 After sitting out the last three races, Jerry Savoie showed no signs of rust on his White Alligator Suzuki. With the help of crew chief Tim Kulungian, the former world champ opened with an impressive 7.26. 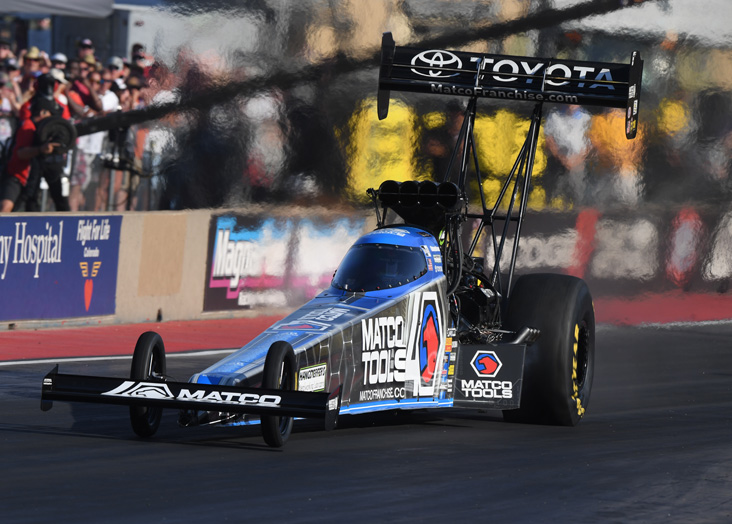 Antron  Brown, who also has three NHRA Wally trophies from Bandimere Speedway, was the quickest Top Fuel driver in the opening session, adding three qualifying bonus points to his total. 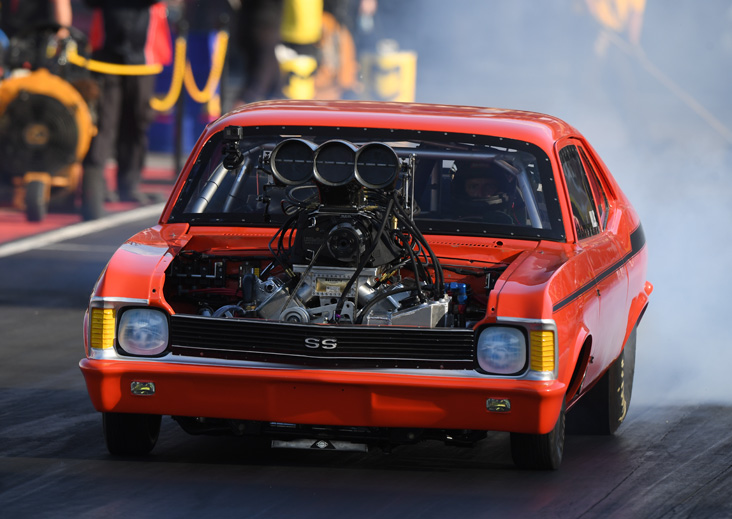 The fans who attended Friday's opening day got to watch a special eight car exhibition featuring some of the area's best Grudge Race and No Prep racers. 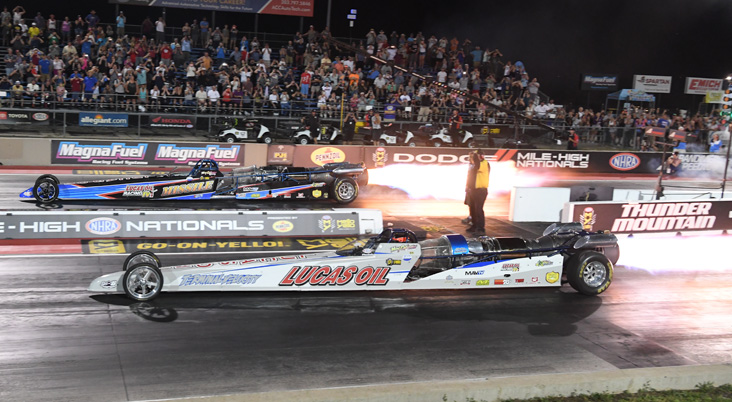 It's hard to tell what is more exciting, the sight of side-by-side jet dragsters at night, or the call of the action by NHRA announcer Joe Castello. The huge crowd got to experience both of them on Friday night in Denver.