From the pits to the starting line, check out the NHRA.com gallery from Friday's opening day of the Menards NHRA Heartland Nationals presented by Minties.
07 Jun 2019
NHRA National Dragster staff
Race coverage 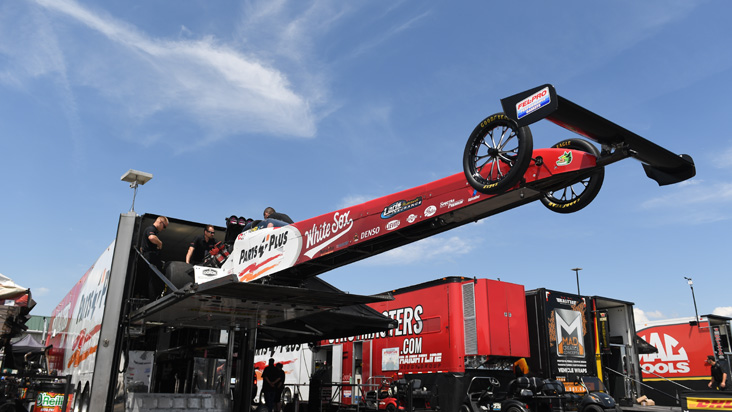 Hours before the start of professional qualifying, Clay Millican's Parts Plus team was hard at work preparing their Top Fuel dragster for the first two qualifying runs of the weekend. 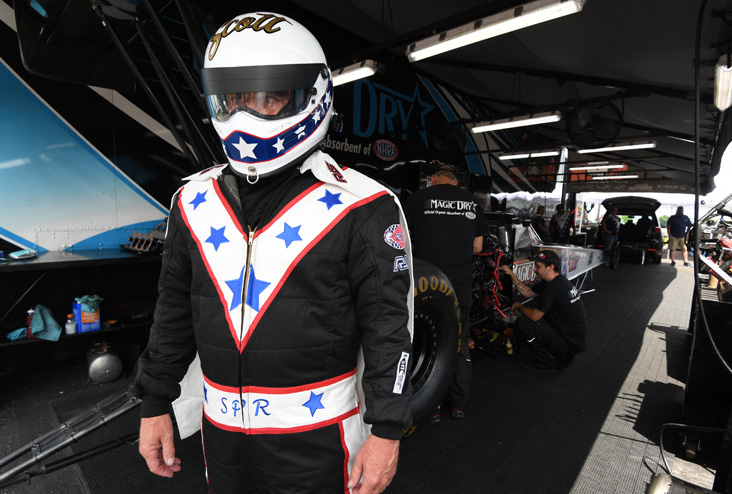 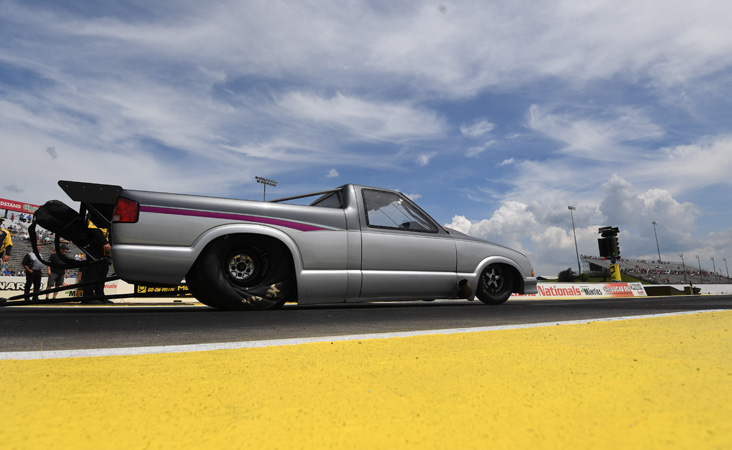 Chassis builder Larry Larson made a pair of exhibition runs in his amazing street legal five-second S-10 truck. Larson, the Top Sportsman winner at the 2015 Topeka race, fell short of his goal to re-set the 5.86 second record for street legal machines, but did manage to produce a solid 5.96-second pass. 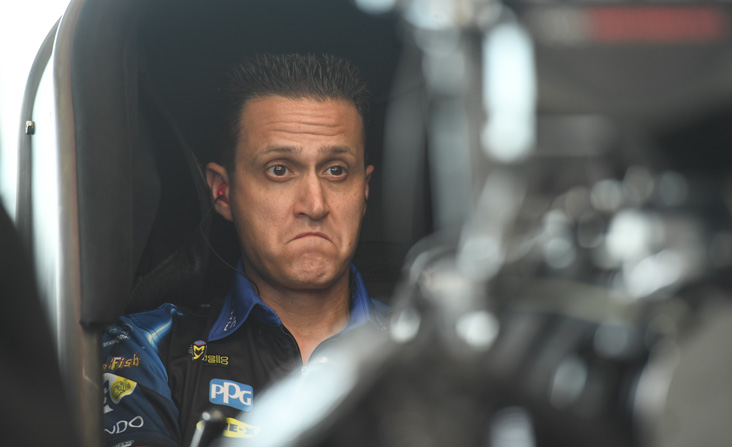 During a pre-race warm-up, Bob Tasca III seems impressed by the power of his nitro-burning Ford Mustang Funny Car. Tasca got off to a solid start in Q1 with a competitive 4.08-second effort.

Funny Car points leader Robert Hight had a chance to spend some time with the fans at Heartland Motorsports Park. Hight, and his Auto Club team, won back-to-back titles in Topeka in 2010-11. 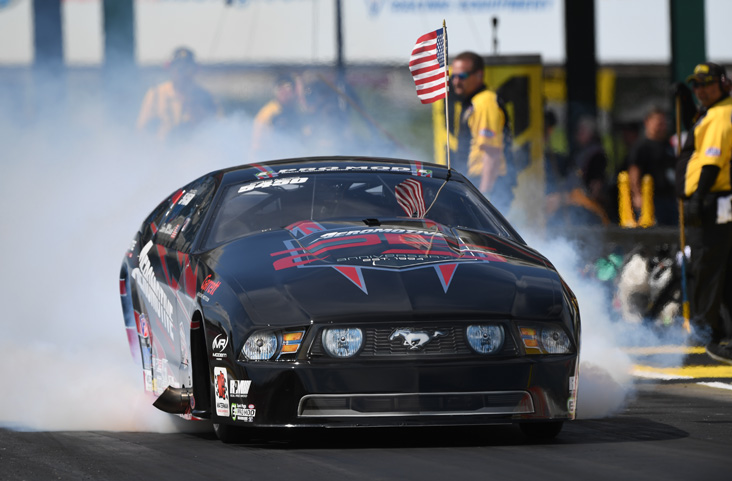 Racing in front of his homestate fans, Steve Matusek of Olathe, Kan., did not disappoint with a strong 5.827-second pass behind the wheel of his turbocharged Aeromotive Mustang during qualifying for the E3 Spark Plugs Pro Mod series. 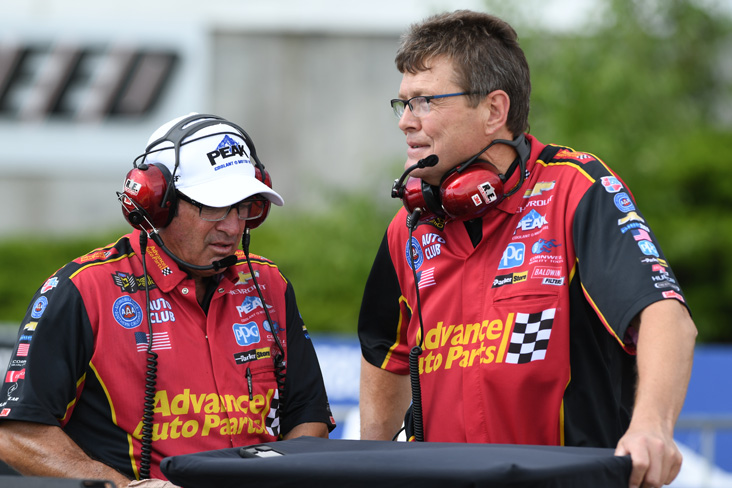 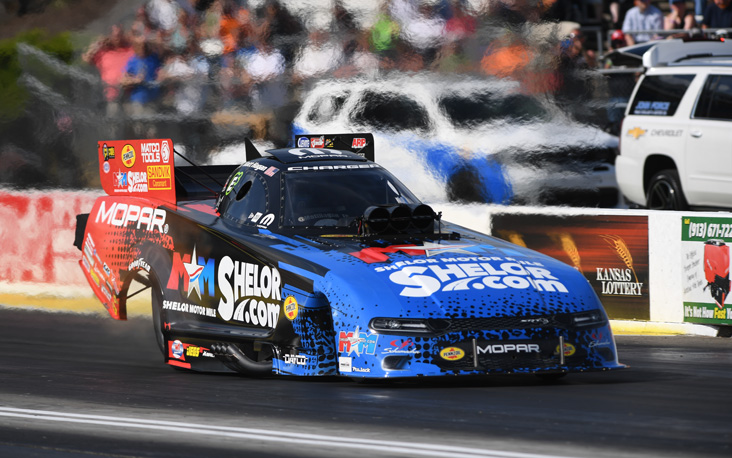 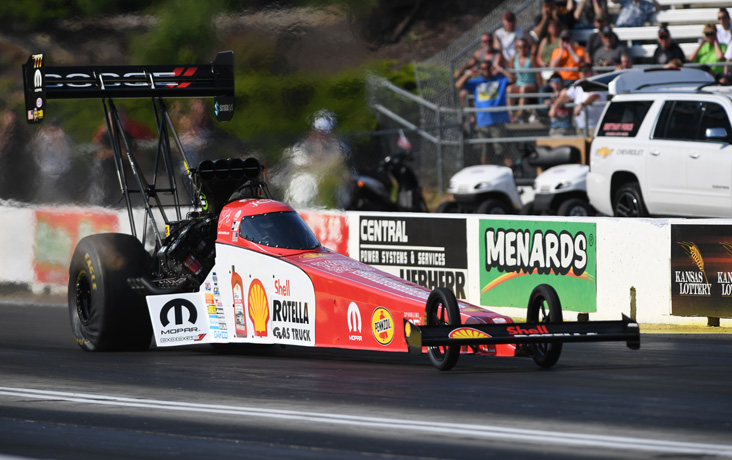 Leah Pritchett also has a new look this weekend after debuting the colors of Shell Rotella on her Top Fuel dragster. Pritchett is also pulling double-duty this weekend with her Dodge Challenger DragPak entry in the SAM Tech.edu Factory Stock Showdown.