As the eldest daughter of past national-event-winning NHRA Top Alcohol Dragster driver Randy Meyer, those were some big shoes to fill, but in just four full seasons of competition, Megan has managed to carve a reputation as one of the steadiest and most fierce competitors in the class and now stands as a world champion.

A five-win 2019 campaign doubled her previous national event victory total, and a perfect regional score also helped carry her to the top of the standings for the first time, a breakthrough not just for her but also for female racers in the class whose 45 previous season champions were all men. 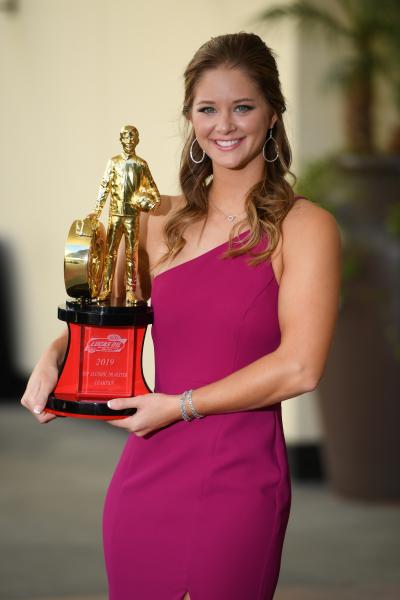 “Winning the world championship was always the goal, especially after we won with Bradshaw,” said Megan, who cut her teeth with Rachel in the Jr. Dragster ranks before advancing to Super Comp and then Top Alcohol at the end of the 2015 season. “It put in fire in our team — we’ve done it before, we can do it again — but we had a big slump between 2009 and 2011, where we didn’t win a single race, but it just made us work harder to figure out the little things that we need to improve.”

Randy retired from driving in 2016 to concentrate on building this dream team, and Megan finished fourth in 2016 and third in both 2017 and ’18 before catching fire this season.

After four-time and reigning series champ Joey Severance faded early, Megan fended off the challenges of perennial title contender Shawn Cowie and Troy Coughlin Jr. Among Megan’s five wins were the prestigious U.S. Nationals and the NTK NHRA Carolina Nationals, which is sponsored by the twin-sister company of Megan’s title sponsor, NGK Spark Plugs, both of which came with final-round victories over Coughlin.

“Winning Indy for the first time for our team was very special for us,” she said. “We have a lot of family there because my dad’s originally from southern Indiana, and we had a big sponsorship going on that weekend, so it was just so cool to be able to win it. We got lucky with T.J. [Coughlin] red-lighting in the final, but it was amazing to win it.

“Then to have the championship come down to Charlotte and our sponsor’s race and have to race T.J. again just made it even more special. We both ran an [5].18 in the semifinals, but we only had 30 minutes between that run and the final and didn’t have time to do our normal maintenance. The fact that we ran a 5.14 with the motor still hot and not fresh parts during the hottest time of the day is just crazy. I know T.J. is really good on the lights, so I knew I had to be really focused on the Tree and do my job. It was just incredible to get out of the car and hold the [championship] Wally. I’ve dreamed about that my whole life.” 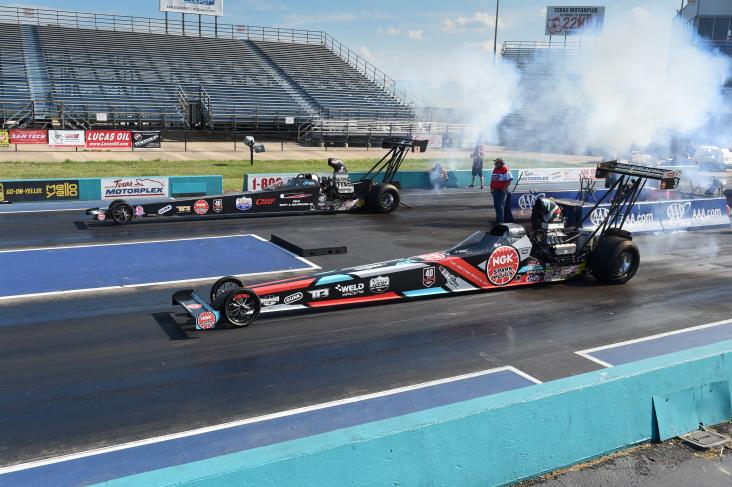 Megan is very aware of the gender breakthrough and embraces it.

“I think it should have happened a lot sooner, but I’m honored to be able to be the first one to do it,” she said. “There are so many females that have been through the Top Alcohol ranks — like Alexis DeJoria, Ashley Force, Diana and Kate Harker, and Shelly Howard — that I still look up to. I just hope that I could be that for some girl who is racing Jr. Dragsters right now.”

She also dismissed — for the millionth time — any talk of eventually moving to Top Fuel.

“I get asked every single day about that, but that’s not my thing,” she insisted. “I want to stay in Top Alcohol and race with my family. We’ve put so much passion and dedication into the sport with every single class that we’ve gone through, and I’m not about to leave this one.” 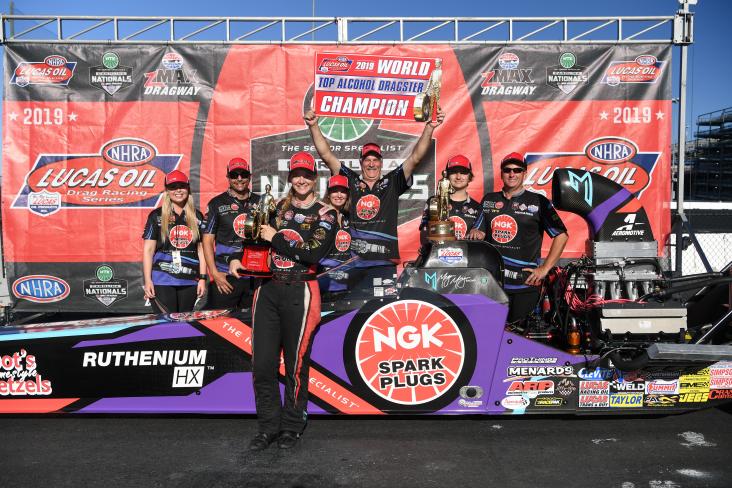 Megan will make a serious life change early next year when she gets married to fiancée Adam in early April, but after that, it’s back to trying to defend her hard-won crown.