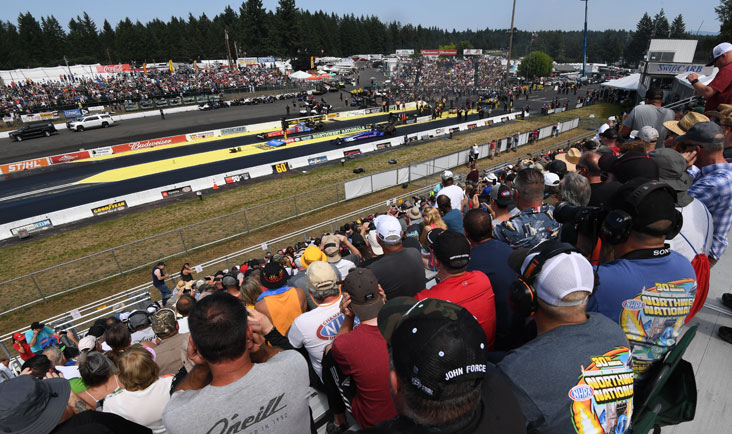 Race fans flocked to Pacific Raceways Saturday to take in final qualifying at the last event of the 2019 Western Swing. 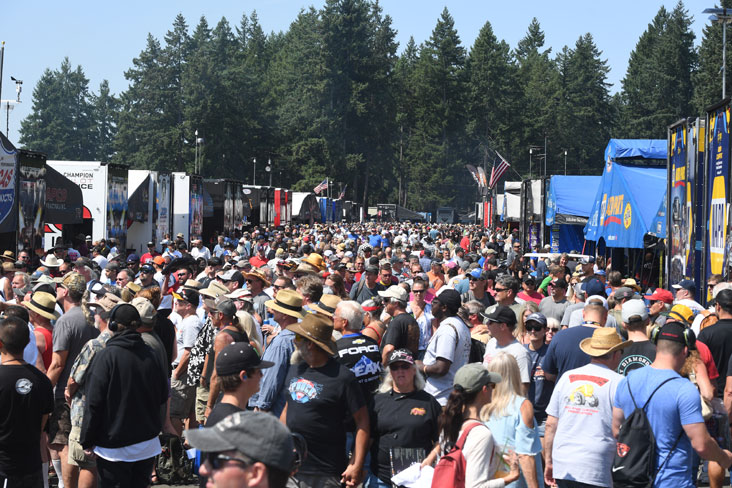 Fans descended on the pit area to enjoy NHRA's world-famous access to the drivers and teams. 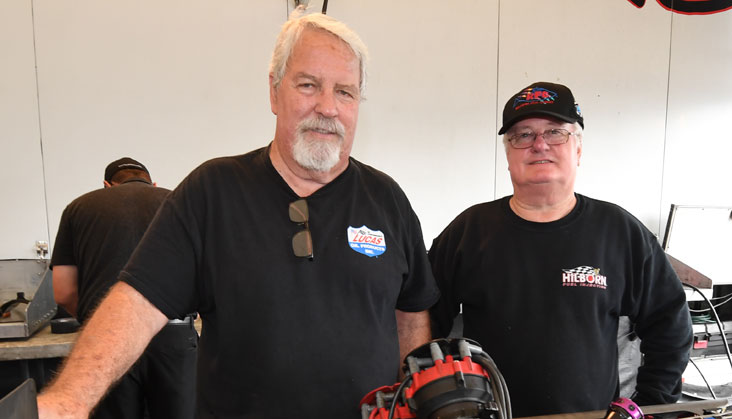 Chuck Worsham, left, and driver Steve Chrisman are competing in Top Fuel for the second straight event on the Western Swing in the Worsham family dragster. 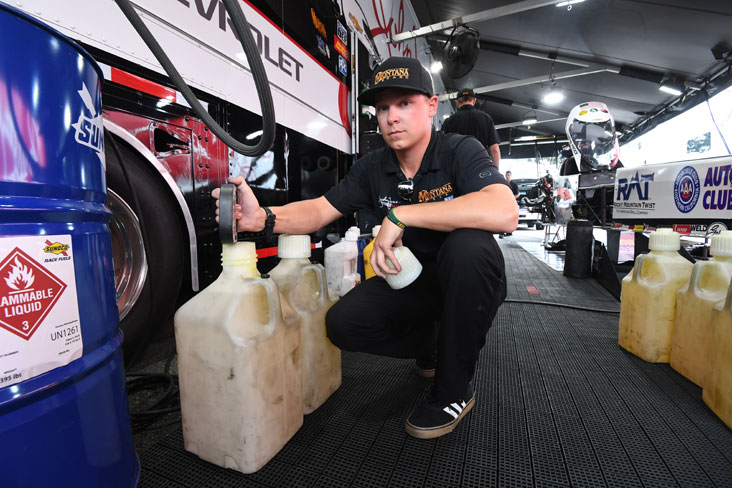 Top Fuel rookie Austin Prock is working hard to hold onto his spot in the Countdown to the Championship field. 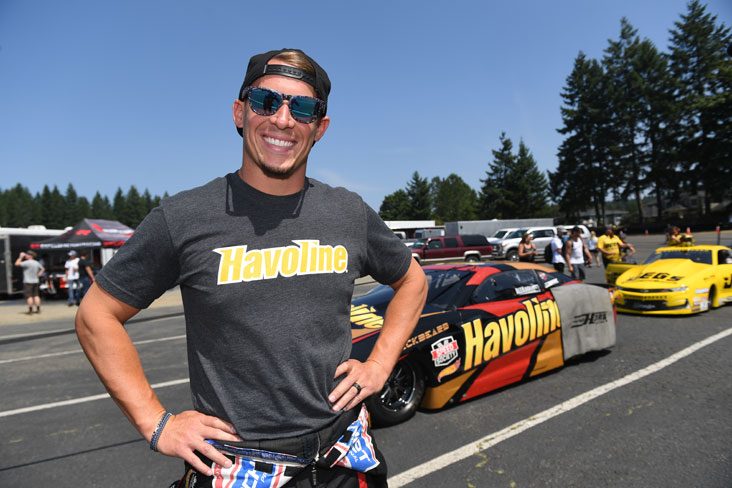 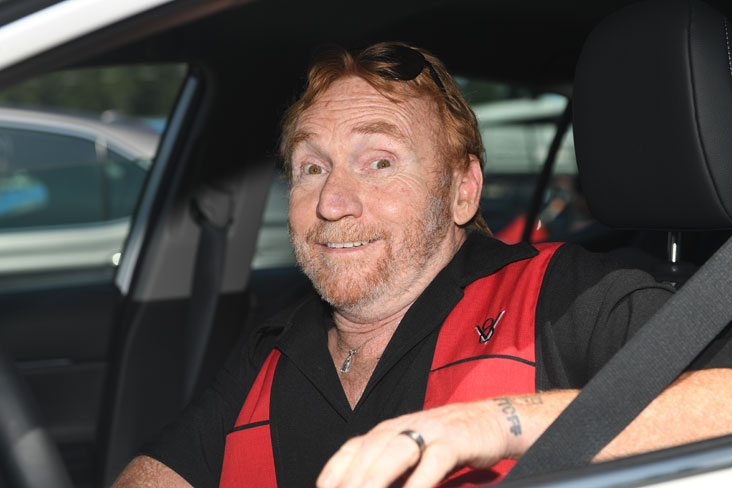 Celebrity Danny Bonaduce, who came to fame in the 1970s TV show The Partridge Family before moving on to radio -- he's a disc jockey at Seattle's KZOK -- match-raced (and won) against Top Fuel racer Scott Palmer in a street-car battle. 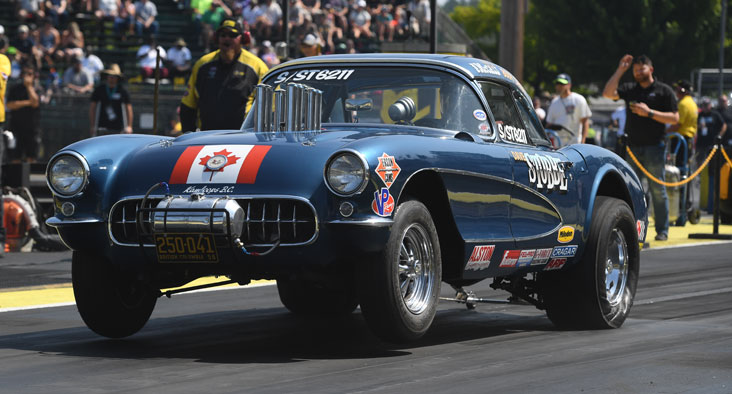 Among the many interesting Sportsman cars competing in Lucas Oil Drag racing Series competition is this '56 Corvette, piloted in Super Street by Dave Stobbe of Kamloops B.C, Stobbe originally campaigned the car, with its distinctive fuel injection stacks, in E/Gas in the early 1960s. 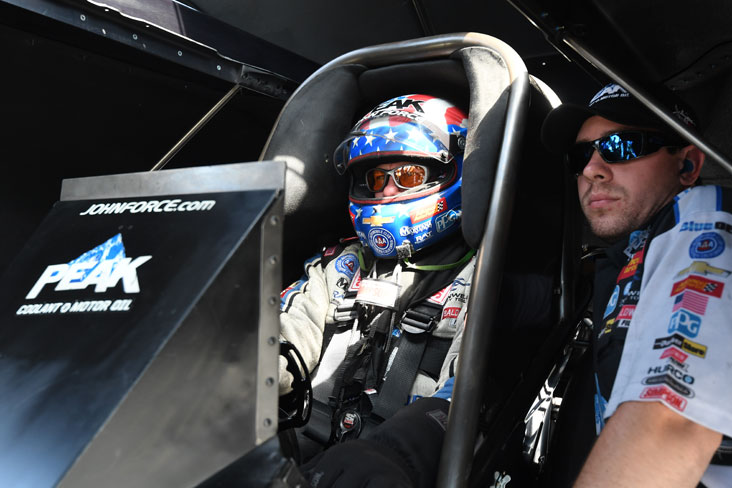 John Force hopes that this event -- the lucky 777th of his racing career -- will finally yield his 150th career win in Funny Car. 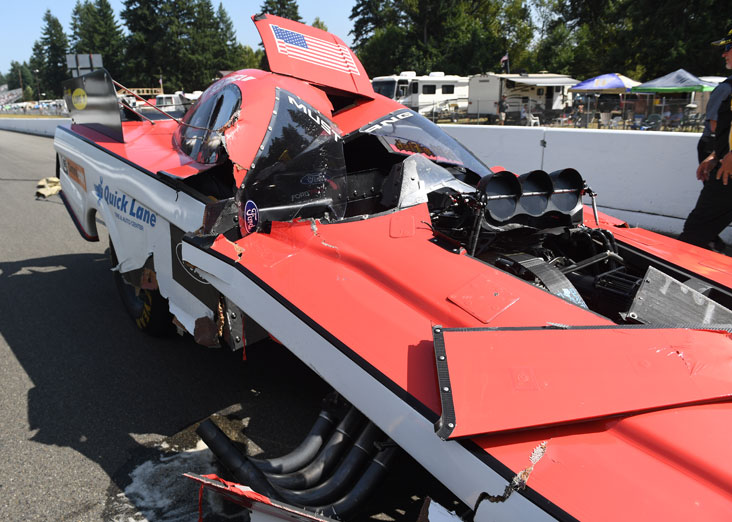 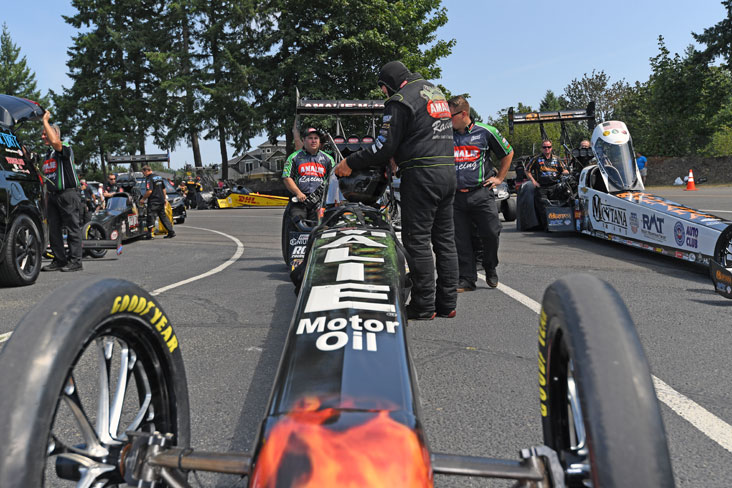 Terry McMillen and the Amalie team had the best run of the third qualifying session with a strong 3.776 pass. 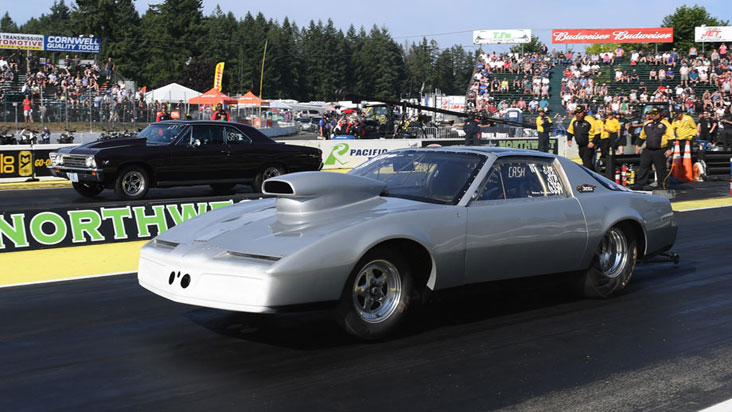 Exhibition passes by the West Coast Grudge teams delighted the fans with stout performances from semi-street-legal cars. Ben Mills, near lane, won the event, defeating Corey Thompson in the final. 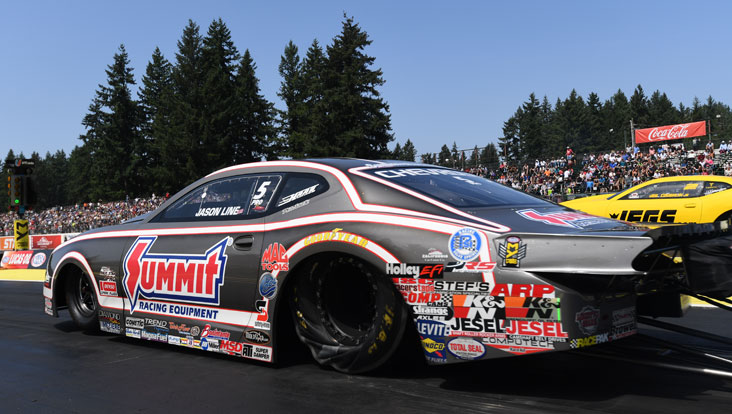 Jason line may not have been atop the qualifying sheets but he made a quartet of passes between 6.547 and 6.550 to earn some kind of consistency award along with the No. 4 qualifying spot. 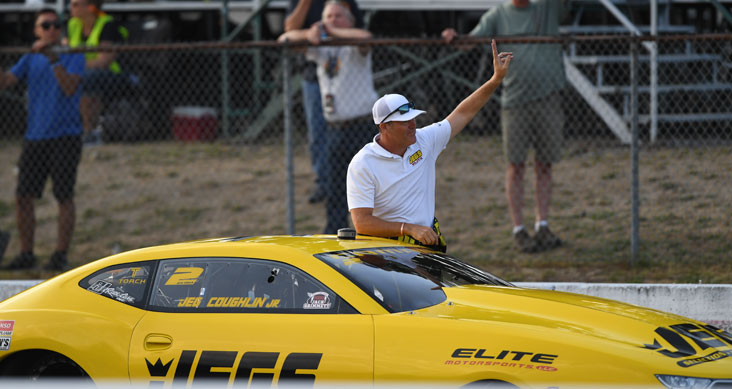 Friday Pro Stock leader Jeg Coughlin Jr. held onto the No. 1 spot for his first pole of the season and the 20th of his career. 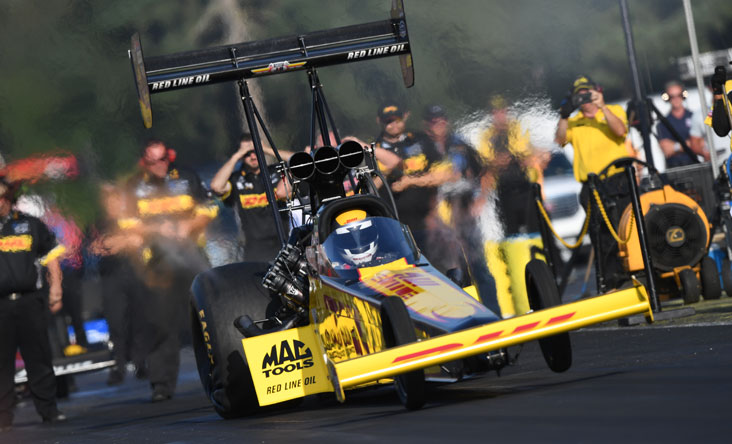 The DHL dragster of Top Fuel's Richie Crampton dug in hard for this qualifying pass and qualified sixth with a fine 3.740. 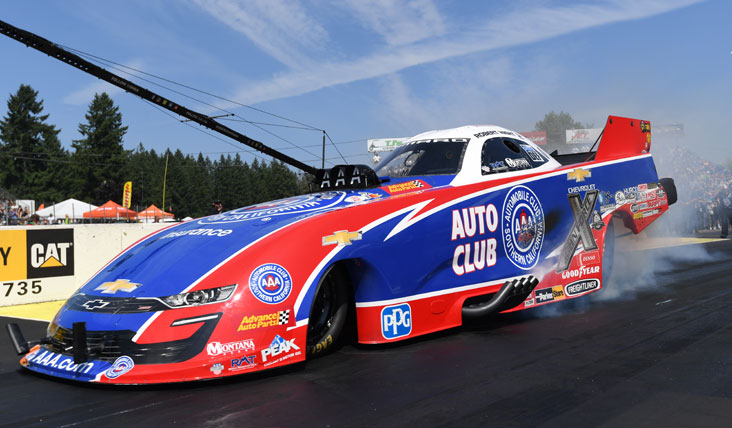 Robert Hight had a strong qualifying outing including a 3.892 that was the best pass of the final session. 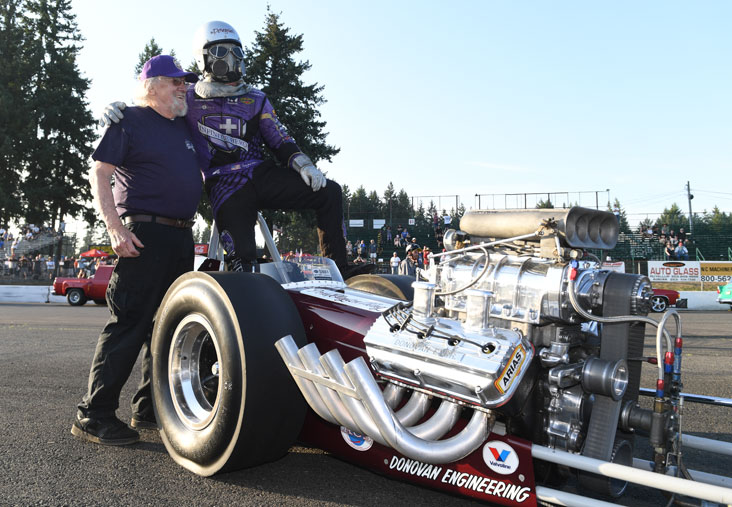 For the second straight day, Funny Car's Jack Beckman got to suit up and cackle Wayne King's Peregrine nostalgia dragster.