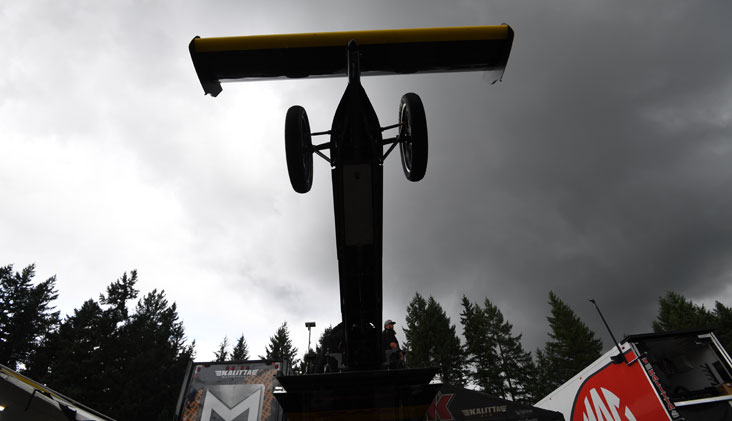 Teams unloaded Friday morning under threatening skies that leaked rain on and off throughout the morning. 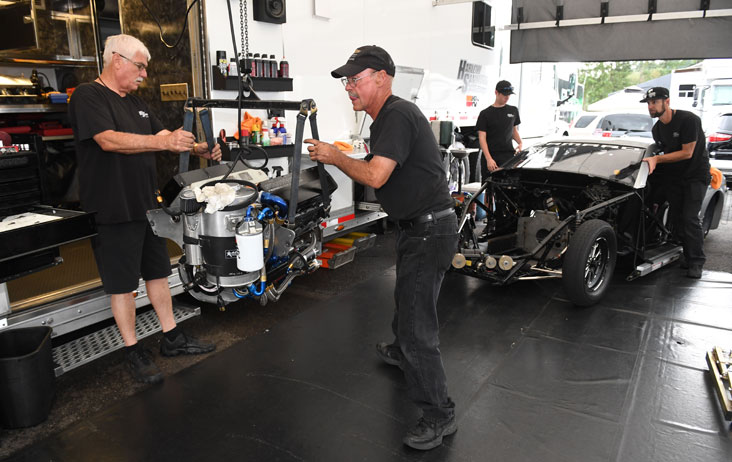 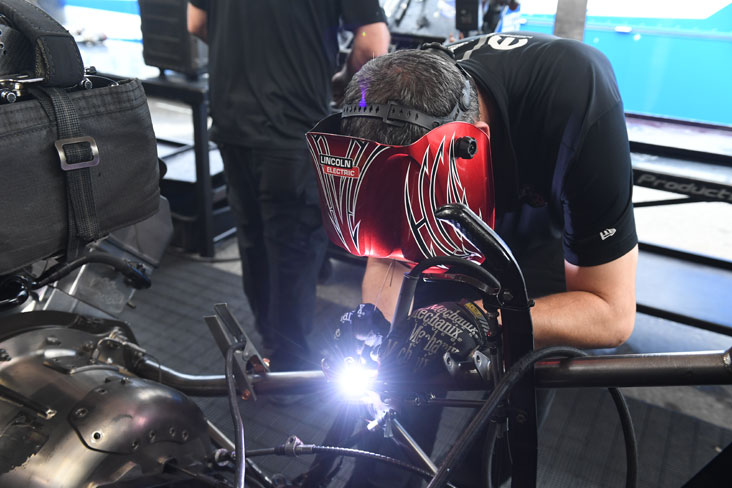 The Western Swing can take a toll on parts and pieces. A crewmember for Jack beckman's Infinite Hero Funny Car did a little repair work on the steering wheel assembly mounting brackets. 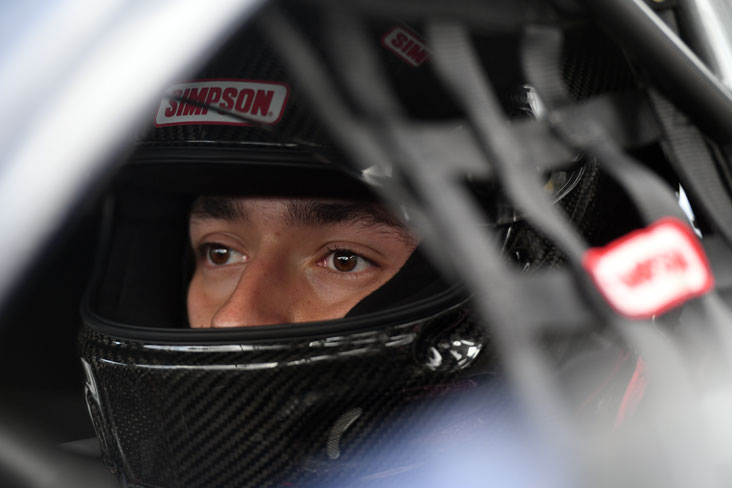 Fernando Cuadra Jr. was the epitome of focus as he buckled in for the Pro Stock Q1. 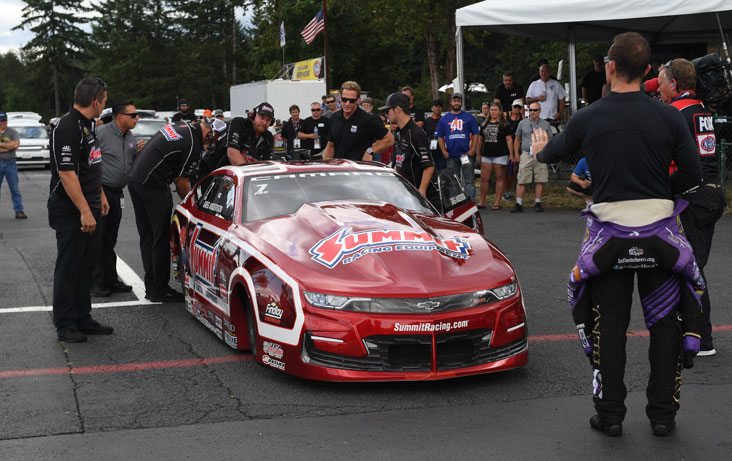 Funny Car racer Jack Beckman helped direct traffic as Greg Anderson's Summit team had a problem getting the red Camaro lit for Q1. They worked through the problem and Anderson raced to a 6.58. 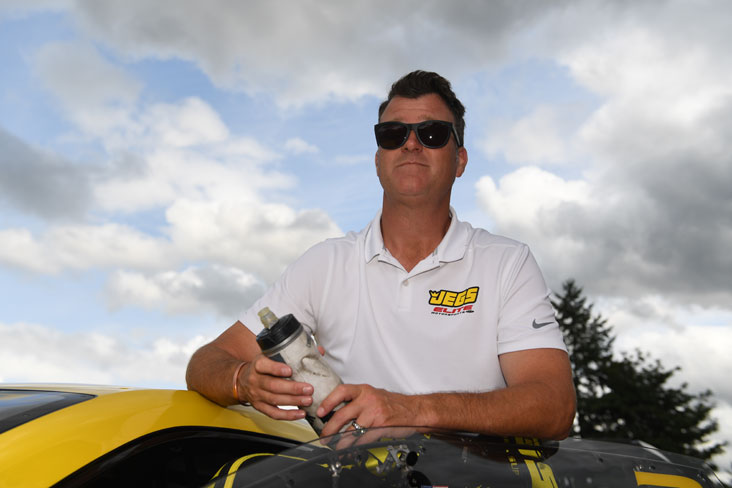 Jeg Coughlin Jr. set the early pace in Pro Stock, charting a class-leading 6.541 in Q1 then improved in Q2 to hold onto the top spot. 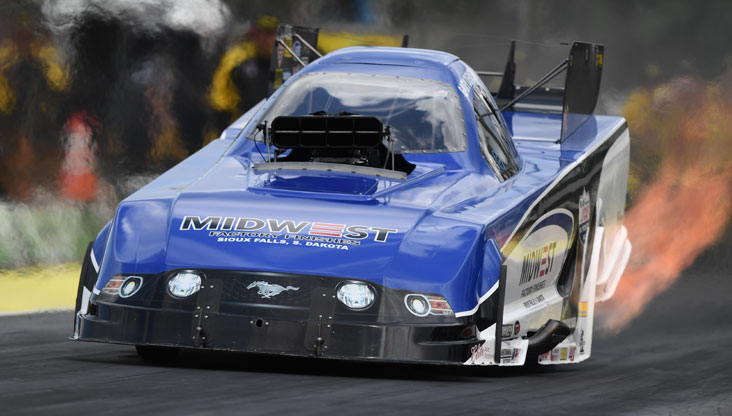 Funny Car veteran Gary Densham, making his first start since April's four-wide event in Las vegas, showed no signs of rust with an effortless 4.01 to open his qualifying account. 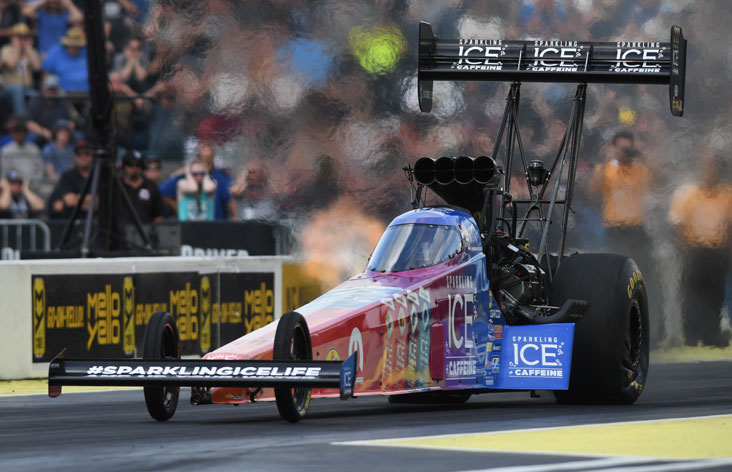 Leah Pritchett, still looking for her first win of 2018, powered to the provisional pole in Q1 with a strong 3.725 but slid to fifth after a quick final session. 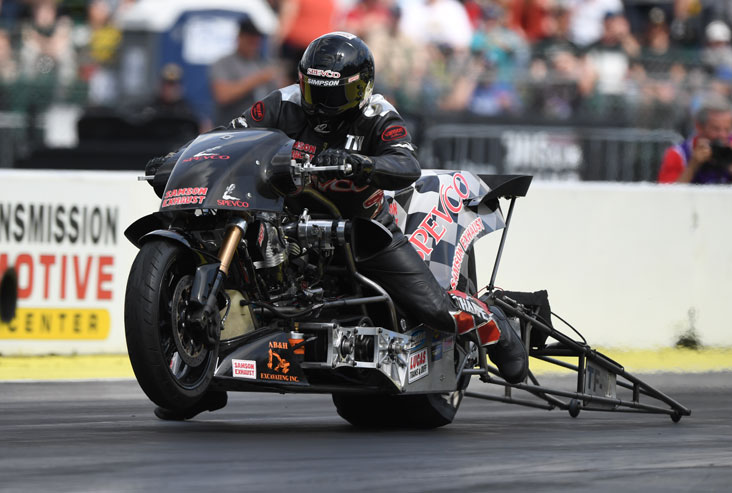 Mickey Thompson Tires Top Fuel Harley points leader Tii Tharpe leads the field after the opening day with a 6.347, just a few ticks ahead of Randal Andras    (6.360) and Doug Vancil (6.373). 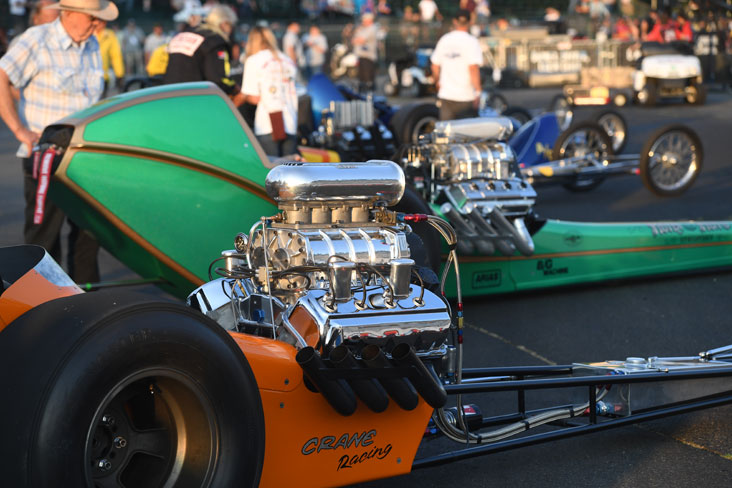 A good old-fashioned Cacklefest helped close he day with vintage Northwest iron fired up and rumbling proudly for the crowd. 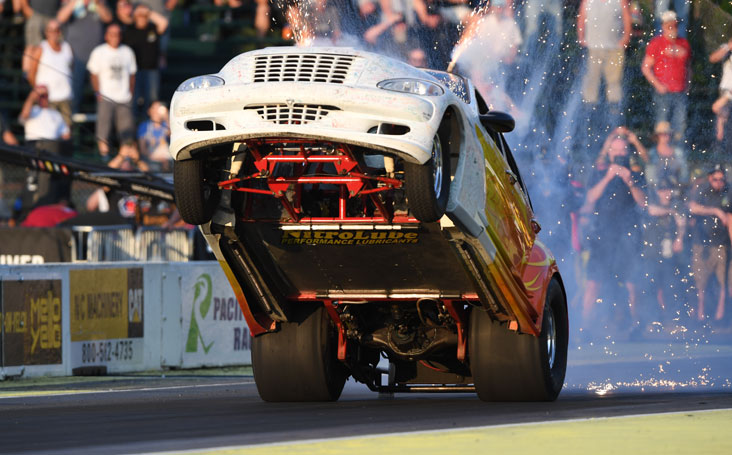 "Nitro Mike" Kunz and his Chrysler PT Cruiser wheelstander entertained the fans at day's end with a spark-throwing quarter-mile wheelie. 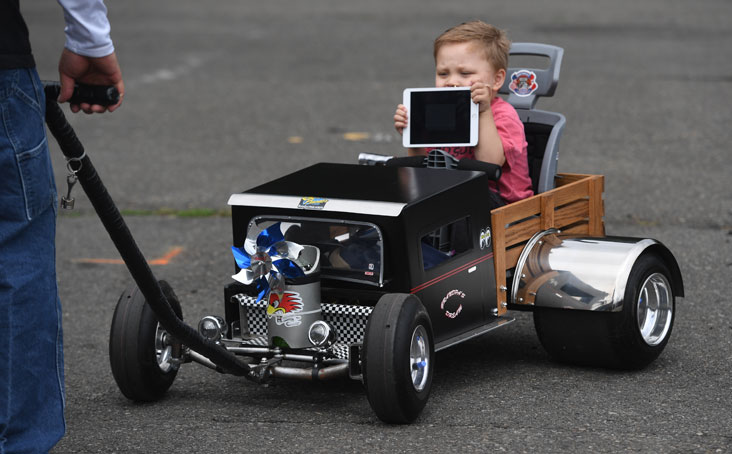 "All I need is this iPad. And this cool wagon. And a day at the races with my family ...."