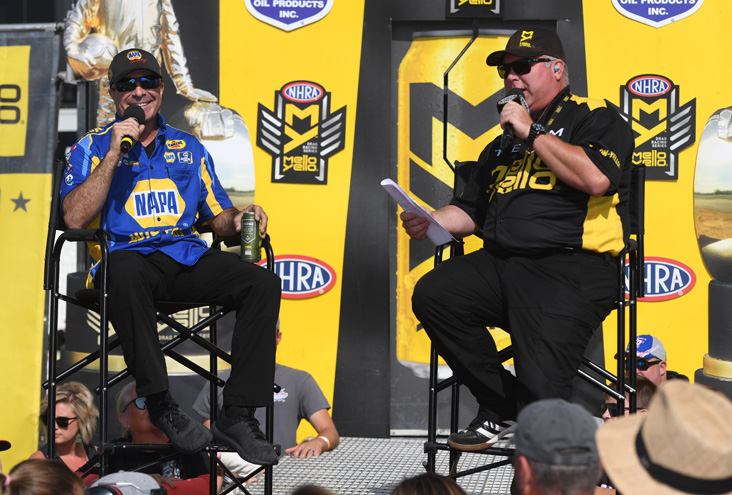 Ron Capps, unoffically dubbed the "Mayor of the Brainerd Zoo" because of the popularity of Capps' Corner in the popular campground, kicked off his Sunday morning in the hot seat with NHRA Mello Yello personality Jason Logan. He ended the day as the Funny Car champion. 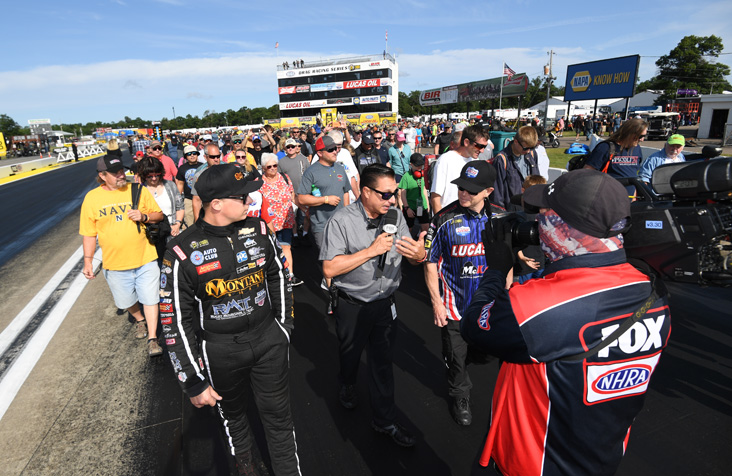 The Brainerd fans got a close-up look at the racing surface on the NHRA Track Walk, which included nitro racers Austin Prock and Paul Lee. 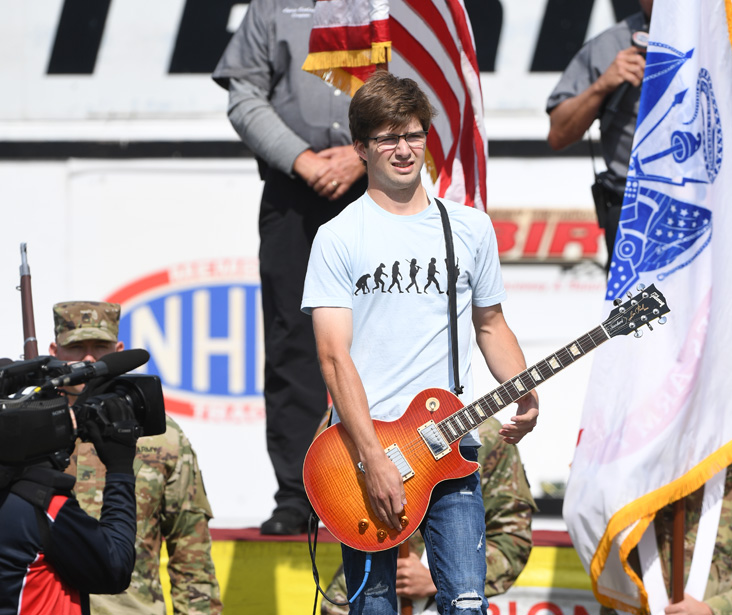 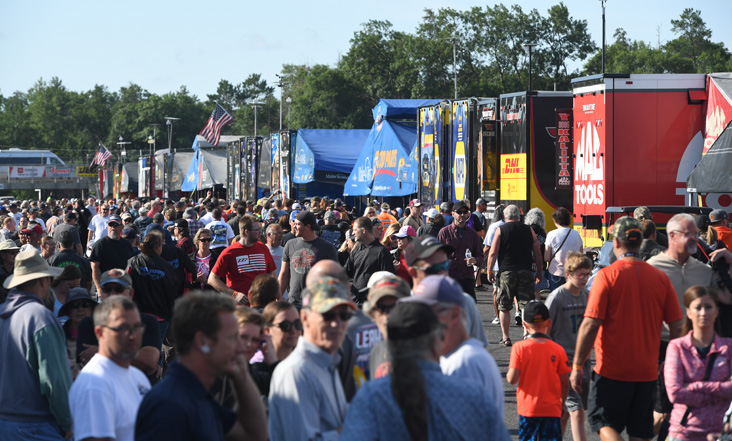 Perfect weather and the stars of the NHRA Mello Yello Drag Racing series combined to attract a big crowd to Brainerd Int'l Raceway for all four days of the Lucas Oil NHRA Nationals. 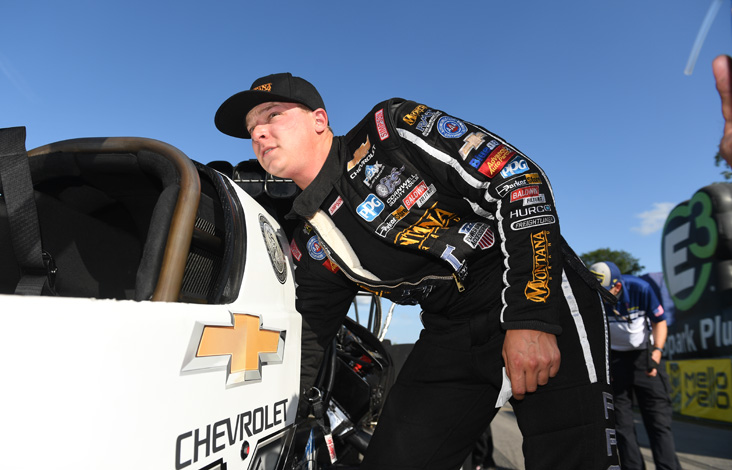 Coming off his first career win in Seattle, Austin Prock delivered a semifinal finish in his Montana Brands dragster and he's now on the verge of clinching a spot in the Countdown to the Championship playoffs. 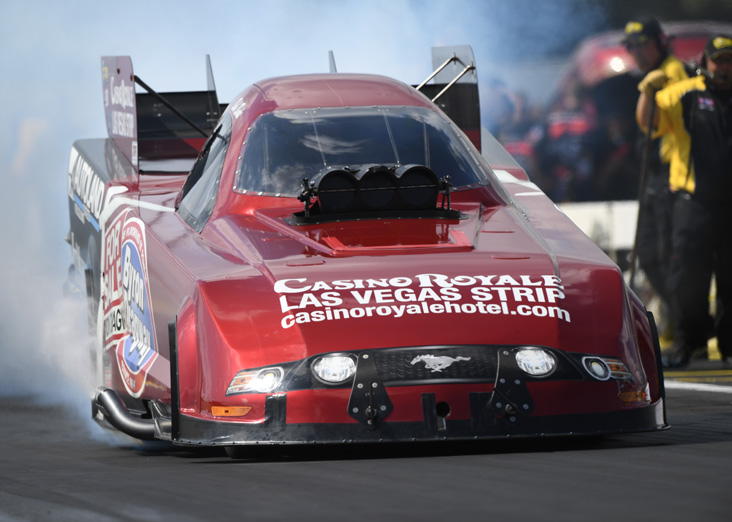 Bob Bode scored his biggest win since his upset victory in Brainerd in 2010 when he took out 16-time champion John Force in round one. Bode also recorded a career-best 3.983 in the process. 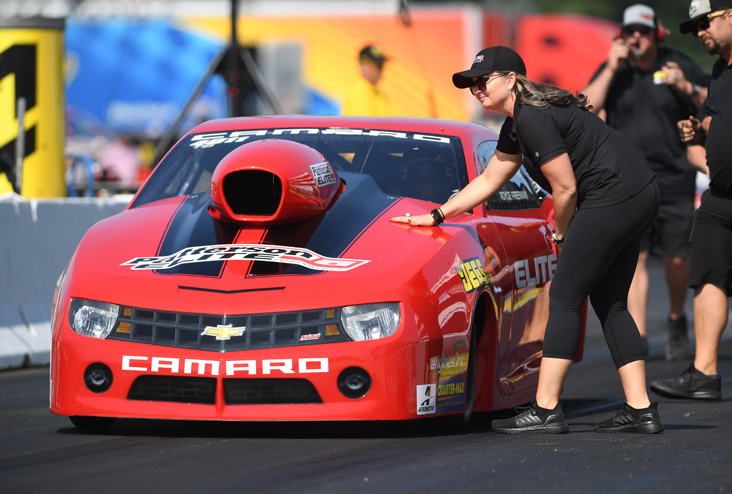 When she wasn't busy going to to the final in Pro Stock, Erica Enders could be found helping our her teammate, including Royce Lee Freeman, who raced in the Top Sportsman presented by Racing RVs.com class. 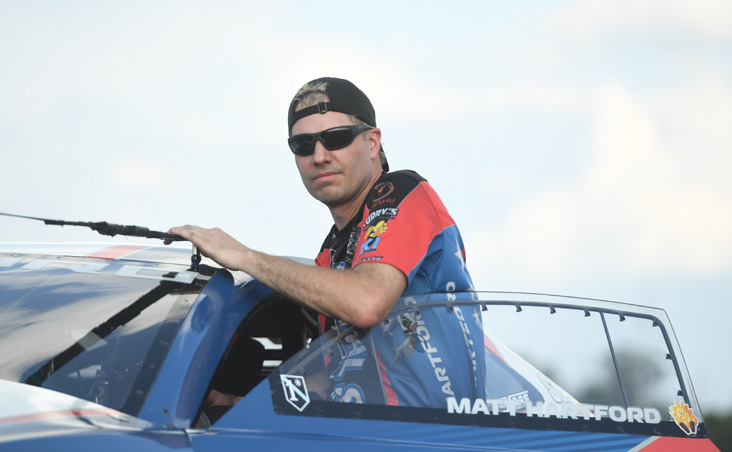 Seattle champ Matt Hartford continues to rack up round wins this year in his Total Seal Camaro. Hartford went to the semifinals before losing to Erica Enders. 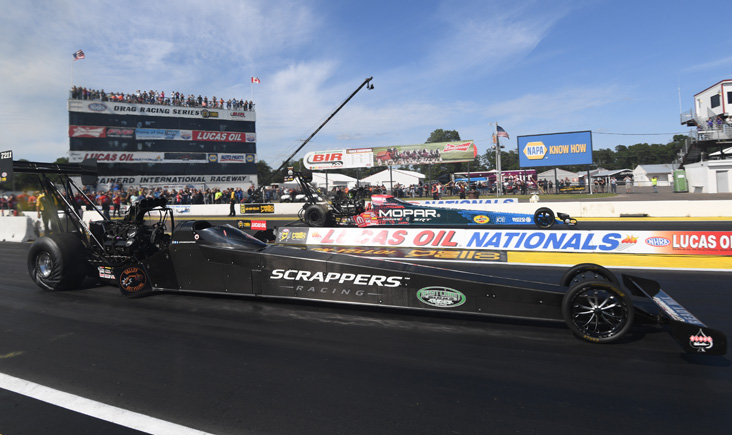 Leah Pritchett, far lane, stopped Mike Salinas to win the Top Fuel final. It was Pritchett's first win of the season and the 14th of her career including Pro Mod and Factory Stock. 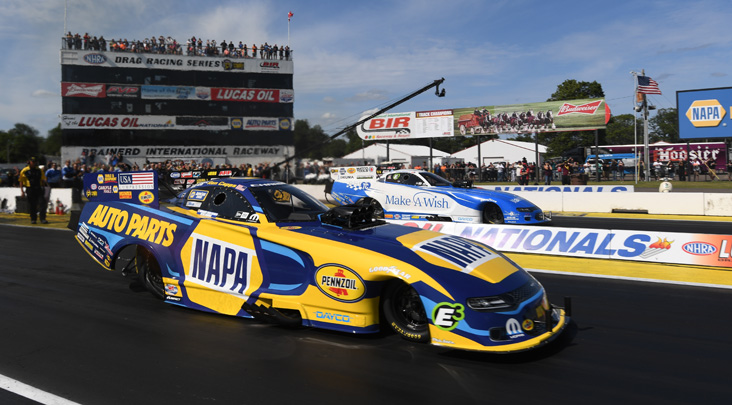 Ron Capps, near lane, has won almost everywhere in his career but the NAPA driver appears to have a special bond with Brainerd Int'l Raceway. When Capps defeated teammate Tommy Johnson Jr. in the Funny Car final, it marked his sixth Brainerd victory. 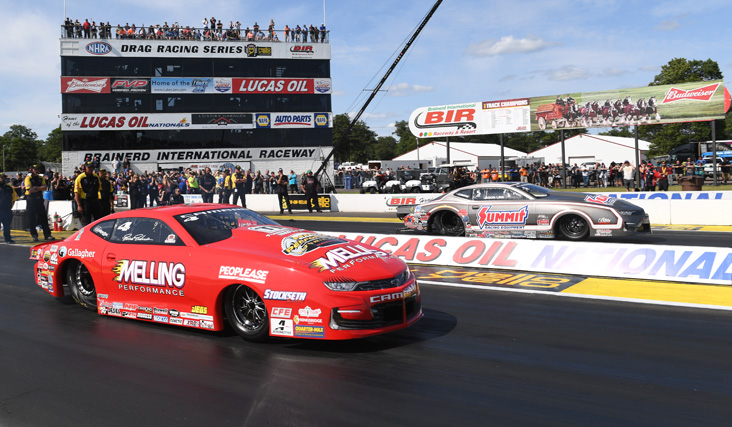 The Pro Stock final was one of the best races of the weekend especially for winner Jason Line, far lane, who defeated Erica Enders by just five-thousandths of a second in a battle between drivers seeking their first wins of the season.