Brainerd Int'l Raceway is a big place but Marc Gewertz, NHRA's roving photographer, was able to cover a lot of ground to capture the images featured in out daily photo gallery. Here are some of the best from Saturday.
17 Aug 2019
NHRA National Dragster staff
Race coverage 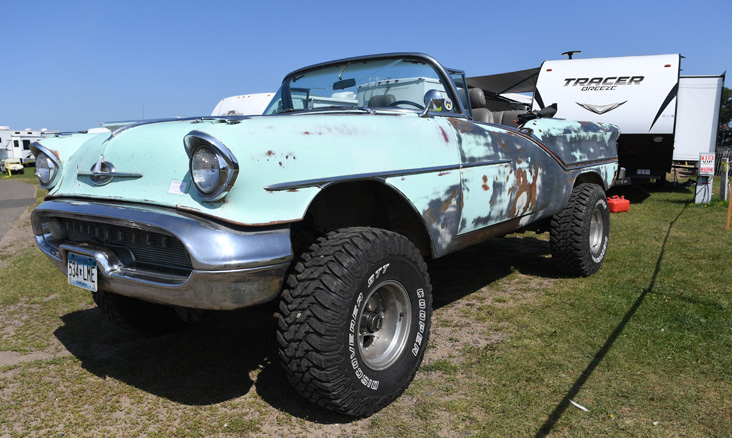 NHRA fans have long been known as some of the most imaginative and mechanically inclined folks in all of hot rodding but a four-wheel driver Buick convertible might be pushing it a bit too far. Then again, it is the Brainerd Zoo. 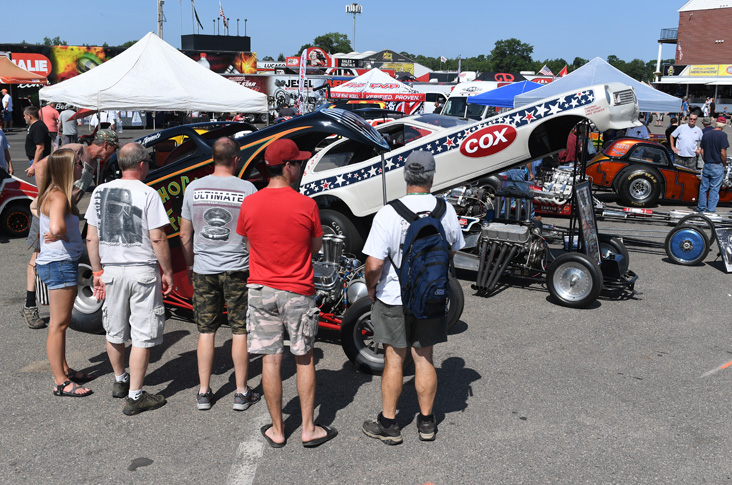 On Saturday morning, Brainerd fans had plenty of time to walk the pits and the midway to check out the many displays including a large showing of vintage and historic race cars and hot rods. 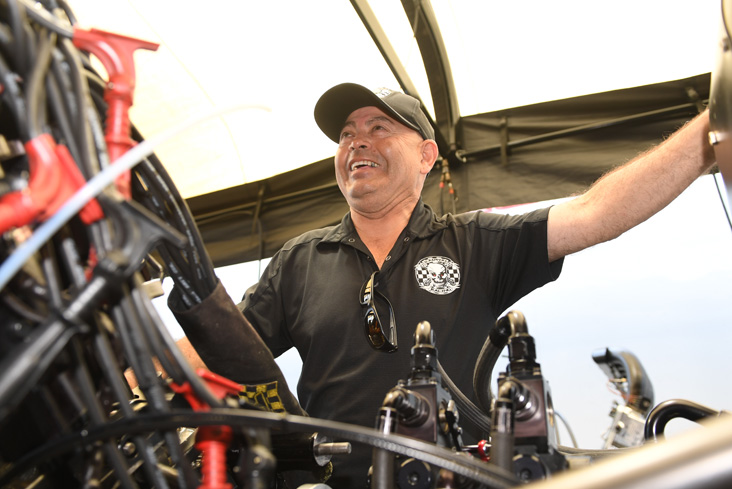 Mike Salinas holds court with his Scrappers team prior to the first round of Pro qualifying. Salinas entered the day as the No. 2 qualifier int the quick Top Fuel field and wound up third-quickest. 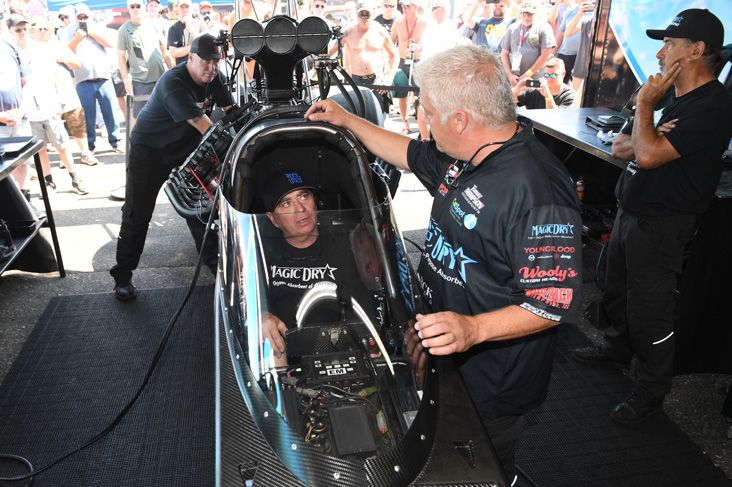 Everyone loves a good throttle whack, especially the Brainerd fans and Magic Dry Top Fuel driver Scott Palmer was more than happy to oblige during his morning Top Fuel warm-up. 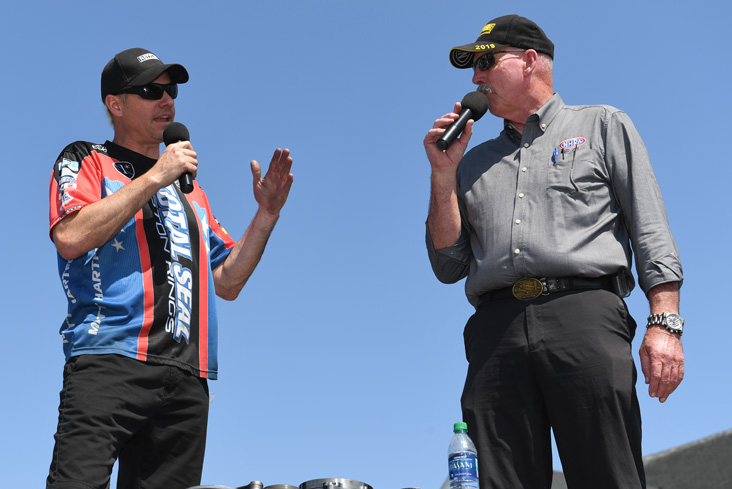 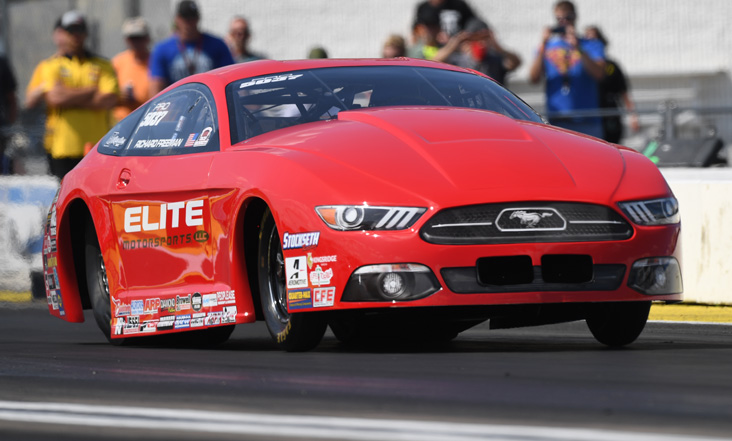 Elite team boss Richard Freeman finished Saturday's as the No. 11 qualifier in Pro Stock after a 6.657 in his Chevy-powered Mustang. Freeman was the low qualifier earlier this year in Denver. 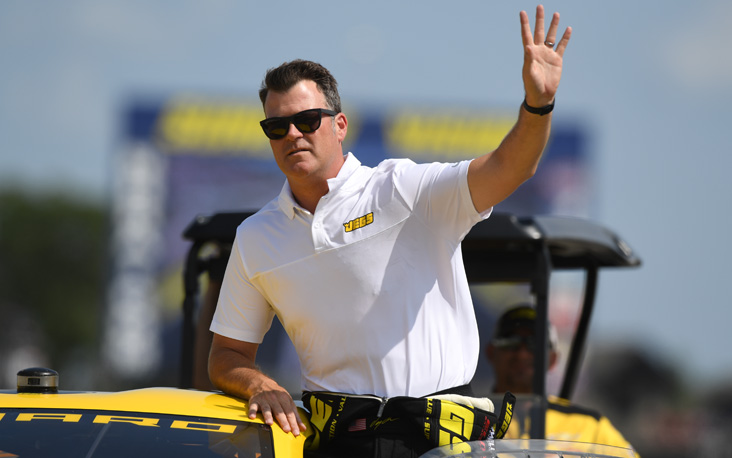 While he pursues his latest victory in the Pro Stock class, Jeg Coughlin Jr. is also keeping an eye on his son, Jeg III, who made his debut as a professional on the PGA golf tour this weekend. 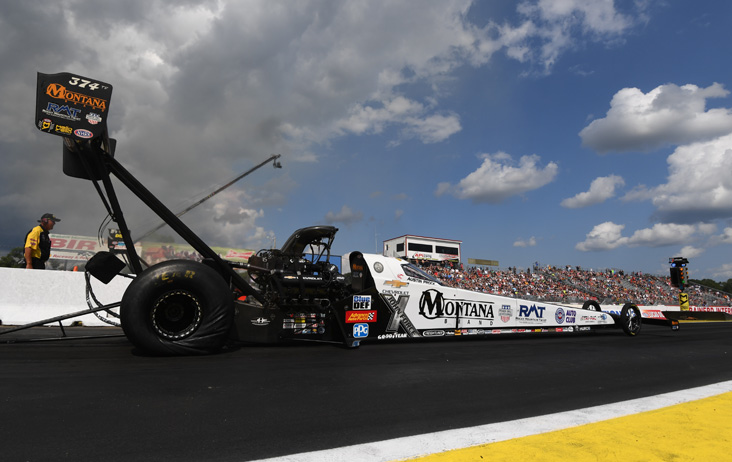 Fresh off his first career Top Fuel win in Seattle, Austin Prock and his Montana Brands/Rocky Mountain Twist dragster are off to a flying start in Brainerd. The first-year nitro racer qualified  No. 8 with a best of 3.769. 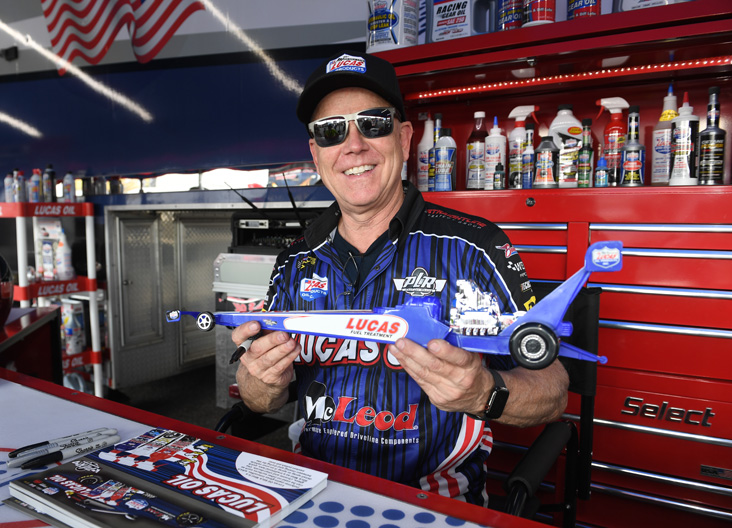 Funny Car's Paul Lee is representing Lucas Oil Products this weekend and he's doing a great job of it. Lee was solidly in the threes during qualifying, and figures to be a factor in tomorrow's final eliminations. 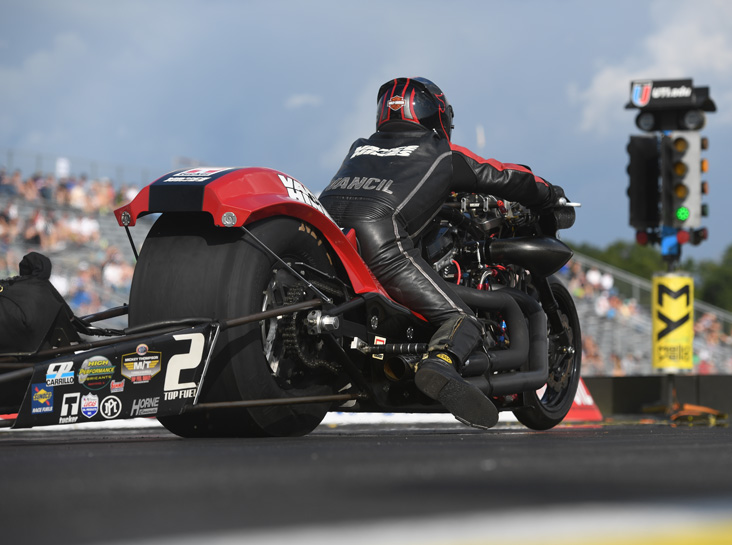 With consistent runs that include a 6.332 and a 6.325, Doug Vancil is the qualifying leader in the Mickey Thompson Top Fuel Harley class in Brainerd.

Sportsman racer extraordinaire and part-time National Dragster contributor, Luke Bogacki was plenty busy on Saturday with multiple round wins in both Top Dragster and Super Comp. Bogacki is in the semifinals in both classes and is in line for a possible double. 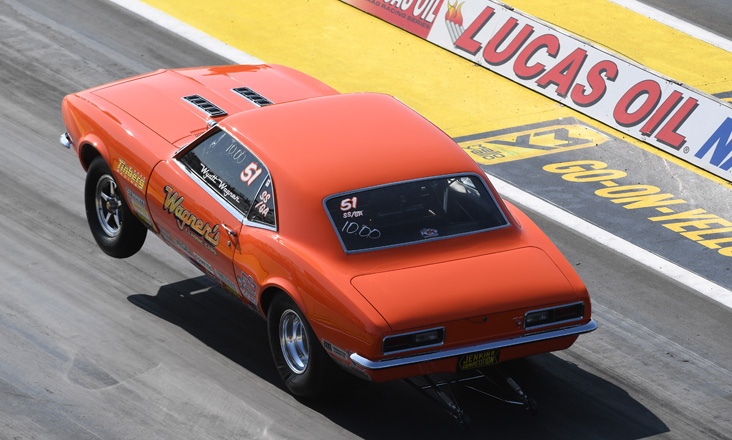 Reigning Division 5 Super Stock champ Wyatt Wagner is still in contention for the Lucas Oil NHRA Nationals title. He's down to four cars and will race Jason DeForrest in tomorrow's semifinal round.