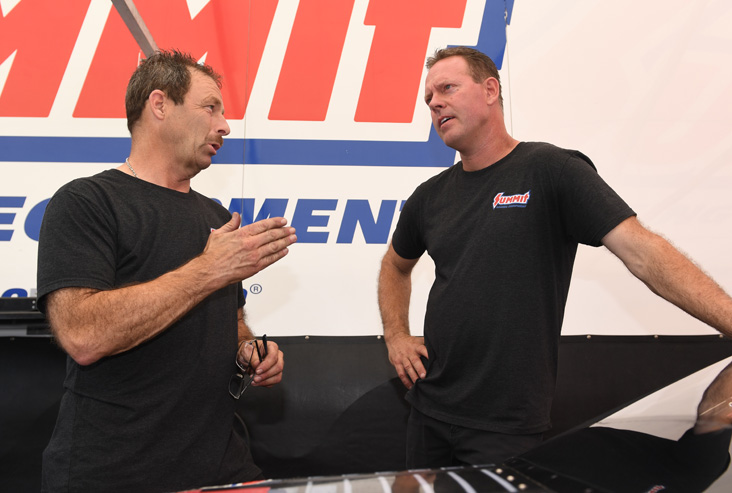 Two of Minnesota's favorite sons, Greg Anderson and Jason Line, returned to their home track for one of their favorite events. Both of the Summit-backed drivers are solidly qualified for the quick Pro Stock field. 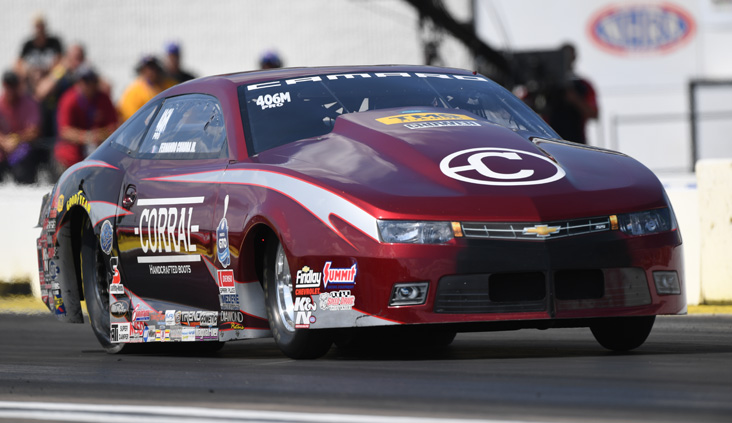 Fernando Cuadra Jr. is a rookie Pro Stock driver who has looked like anything but a rookie in his first few events. Cuadra ended day one as the No. 12 ranked driver in the field with a 6.668-best in his Corral Boots Camaro. 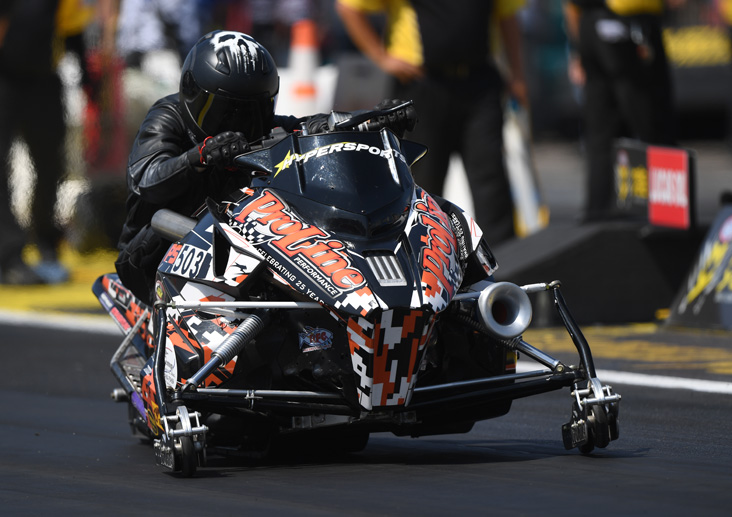 A longtime tradition at Brainerd events, the Pro Stock Snowmobile class is a popular addition to the Lucas Oil NHRA Nationals. Dominick Ernst of Clinton, Iowa is one of the class' leaders on his 8-second Artic Cat. 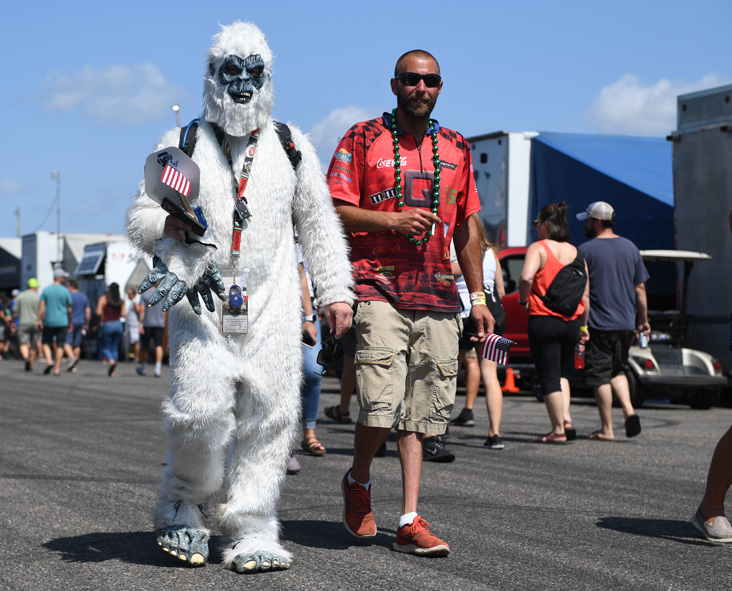 One is likely to see almost anything during a trip to Brainerd including an abominable snowman, or is it a Yeti? 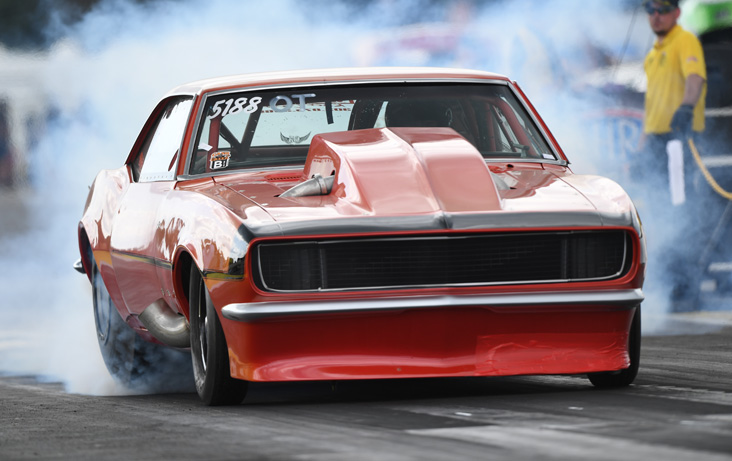 Another special feature of this year's Brainerd event is a special exhibition race featuring a number of local Outlaw Grudge race entries. 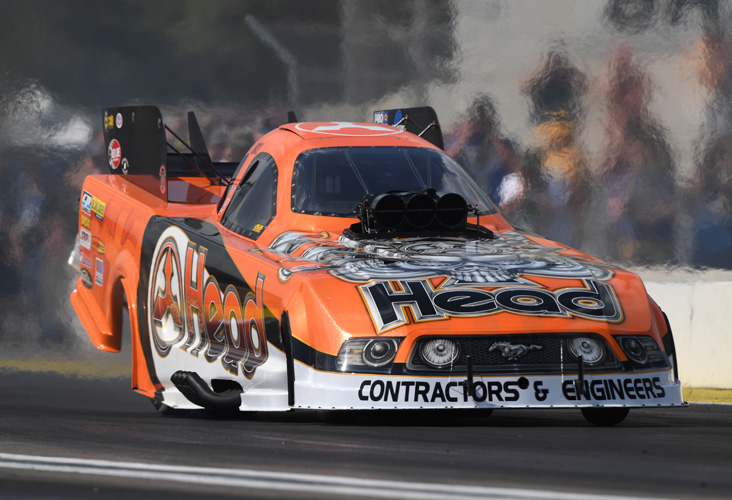 Returning to the Funny Car class for the first time since Norwalk, Jonnie Lindberg made a solid run with a 3.963 in Jim Head's Mustang. Lindberg is also tuning Brian Hough's Top Alcohol Funny Car this weekend. 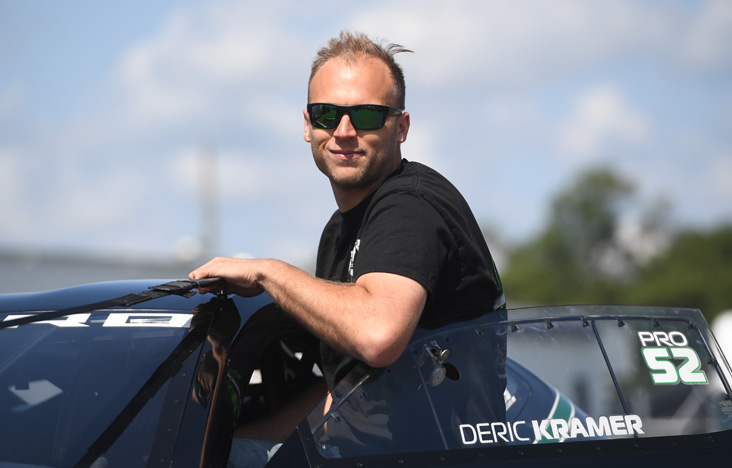 Deric Kramer, the defending Brainerd Pro Stock winner, ended day one in the No. 3 spot with his KB-powered American Ethanol Camaro. 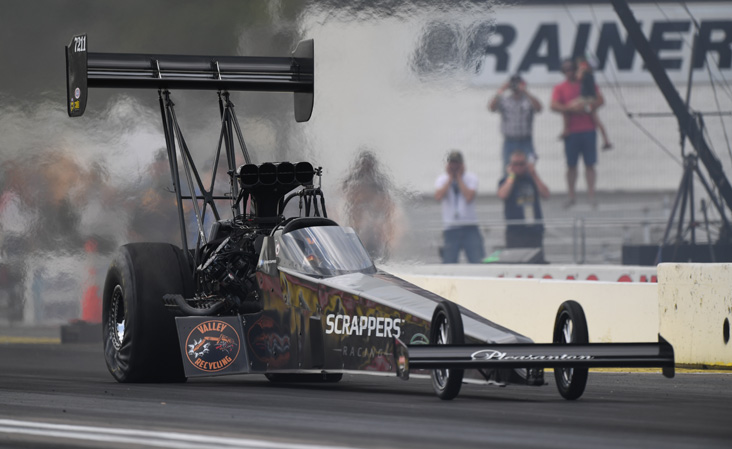 The 3.74 that Mike Salinas ran during the second round of Top Fuel qualifying proved to be the second-quickest run of the day behind Steve Torrence's 3.73. 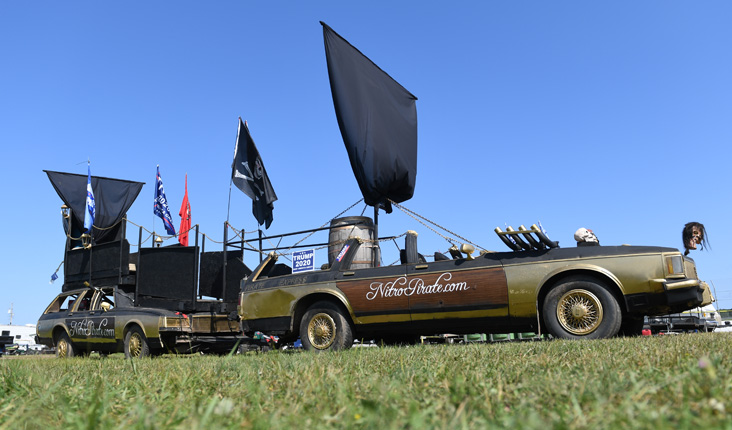 It didnt' take long for action in the famed Brainerd Zoo to get revved up. Brainerd fans are known to be some of the most enthusiastic in all of motorsports. 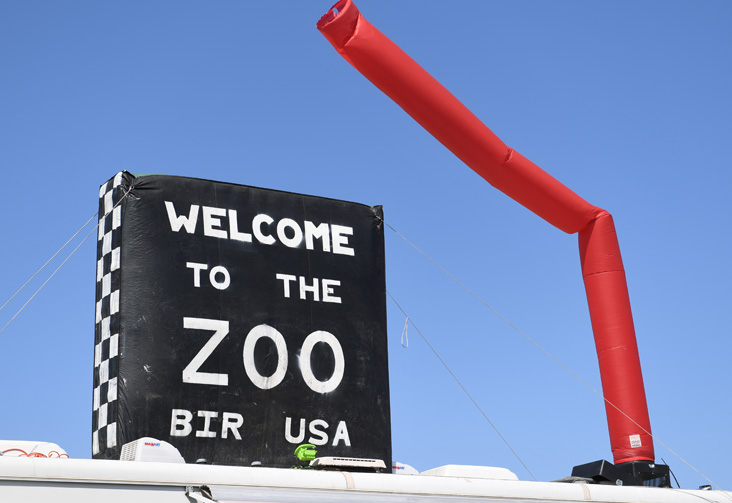