Photo highlights from the final day of the Denso Spark Plugs NHRA Four-Wide Nationals at the Strip at Las Vegas Motor Speedway​​​​​​. 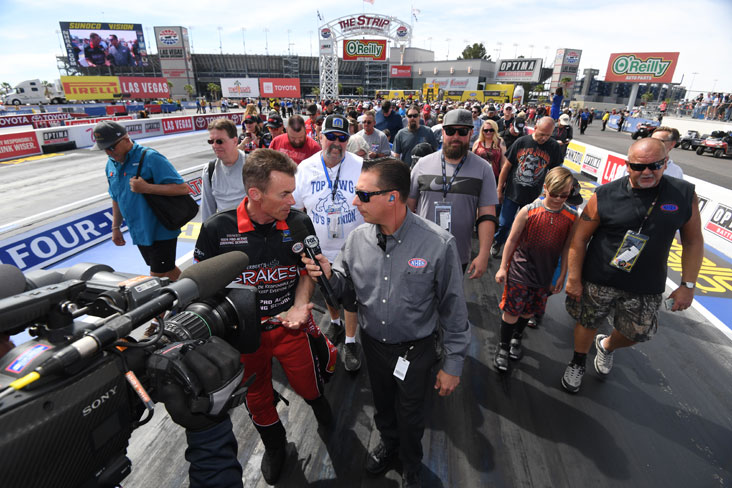 Denso-sponsored Top Fuel racer Clay Millican and NHRA announcer Joe Castello led the NHRA Track Walk, allowing fans to stroll along the famed dragstrip prior to the opening round. 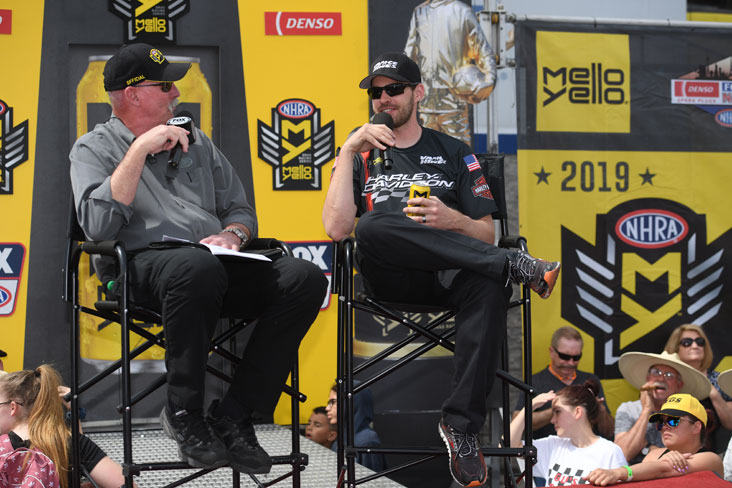 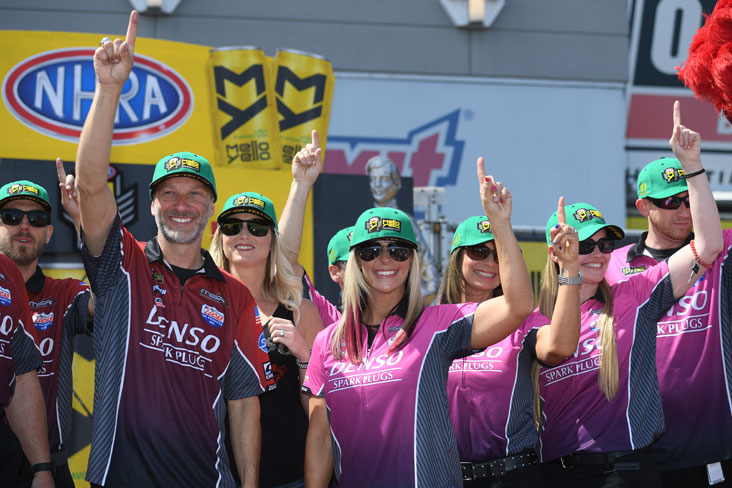 Pro Stock Motorcycle low qualifier Matt Smith his wife, Angie, and their teams were welcomed to the stage to celebrate their field-leading accomplishment. 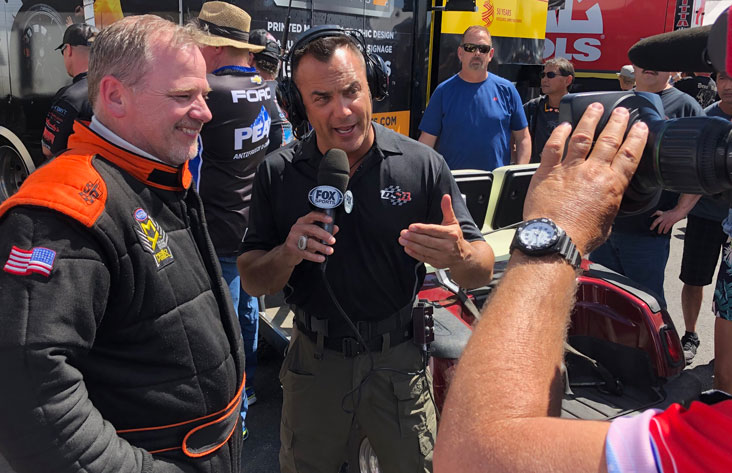 Here’s two guys in unusual roles: Sidelined NHRA Top Fuel champ Tony Schumacher was moonlighting as a pit reporter for NHRA on FOX and interviewed Top Fuel racer Terry Totten after his first NHRA round win, where he advancing out of round one alongside Clay Millican and ahead of tire-smoking Leah Pritchett and Austin Prock. 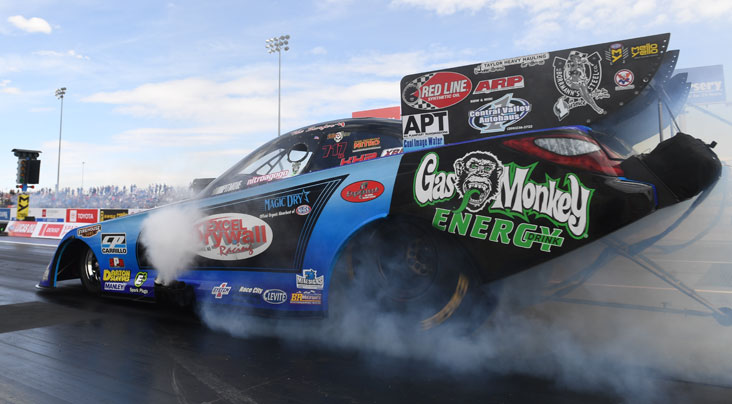 The “Nitro Surfer,” Jeff Diehl, advanced to the second round for the first time since the Seattle event in 2016 by beating favored Robert Hight and Shawn Langdon to the stripe in round one. 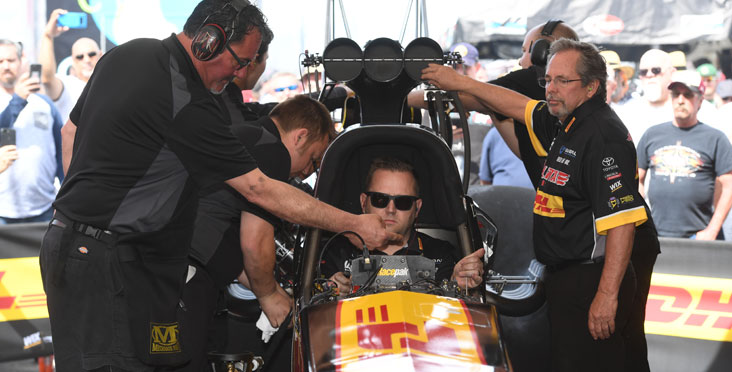 Gatornationals champ Richie Crampton and the DHL crew also had a good day, joining Brittany Force in their quad to advance to the semifinals. 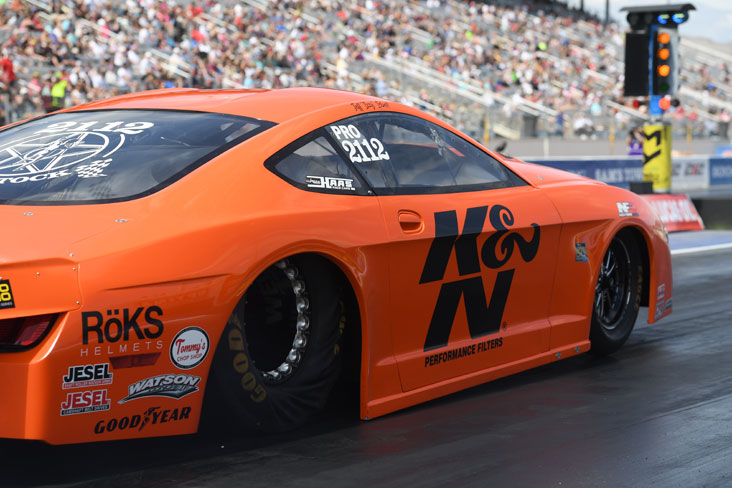 Pro Stock's Jeff Isbell joined the upset parade by advancing his Mustang to the second round after a pair of his quadmates red-lighted. 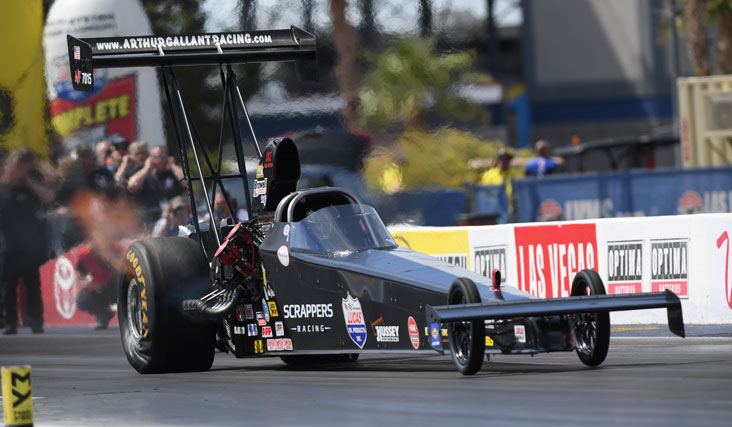 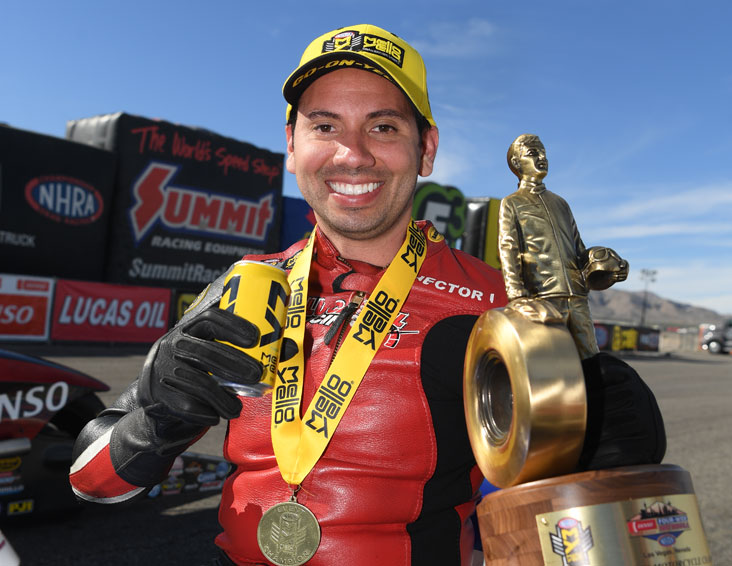 Hector Arana Jr. got his first win of the season in Pro Stock Motorcycle and his second in four-wide competition aboard his Lucas Oil EBR. 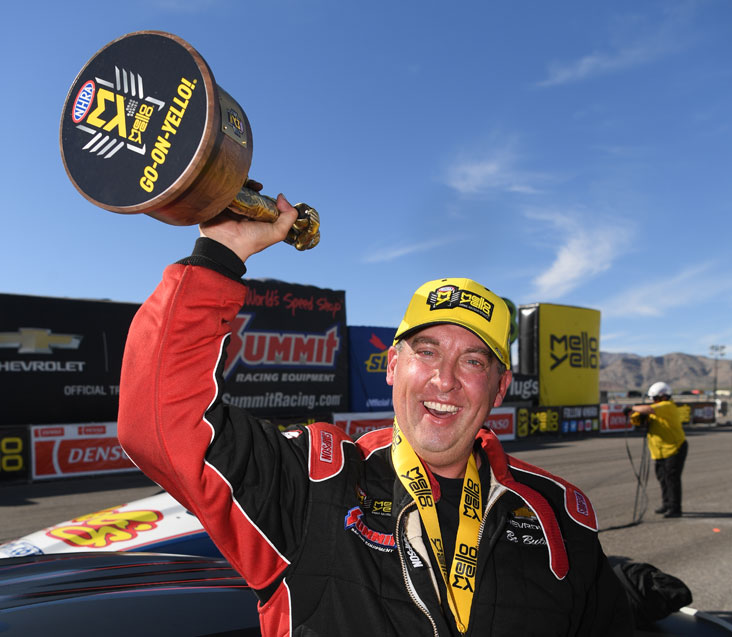 Bo Butner made it three wins in four starts this season in Pro Stock and won for the first time at a four-wide race. 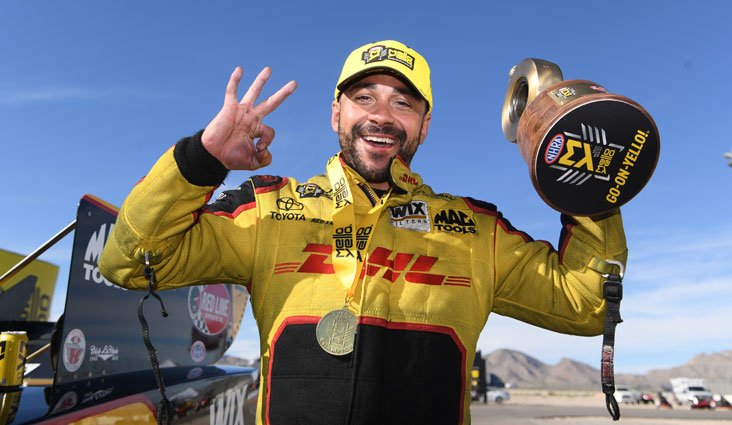 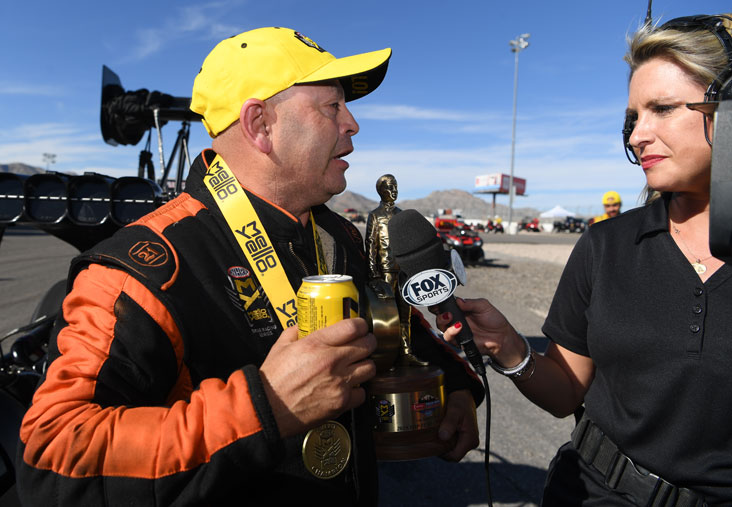 NHRA on FOX reporter Amanda Busick was among the first to congratulate Top Fuel winner Mike Salinas on his breakthrough win. 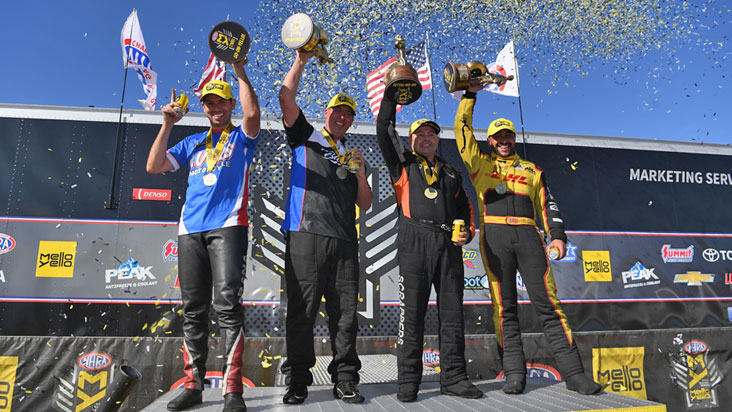