Hailing from Wright, Minn., the annual visit to Brainerd International Raceway, site of this weekend's Lucas Oil NHRA Nationals, is always a welcome trip for Jason Line, but he wouldn’t mind his luck changing at the facility just over an hour from his hometown.
14 Aug 2019
Posted by NHRA.com staff
Feature

Hailing from Wright, Minn., the annual visit to Brainerd International Raceway, the site of the 38th annual Lucas Oil NHRA Nationals on Aug. 15-18, is always a welcome trip for Jason Line. But the Pro Stock standout and three-time world champion wouldn’t mind his luck changing at the facility just over an hour from his hometown.

Line has enjoyed an incredible list of accomplishments during his standout NHRA Mello Yello Drag Racing Series Pro Stock career, but it doesn’t actually include a trip to the winner’s circle in Brainerd. He’s been to the finals four times at the fan-favorite facility, most recently in 2016, and he even won the race in 2014, but the finals were finished in Indy that year, meaning he hasn’t enjoyed the ultimate glory at the track in his Summit Racing Equipment Chevrolet Camaro. With the veteran seeking his first win of 2019, this year would be the perfect time to win in Brainerd.

“That place has been kind of tough for me, but the older I get the more relaxed I get, so maybe this year it will help me,” Line said. “I’m looking forward to going, that’s for sure. I want to enjoy doing what I do for the amount of time I have left doing it. Going to Brainerd, the biggest thing is seeing my core group of friends and family that I started racing with years ago. It’s a good reminder of a lot of things, and there’s a first time for everything.”

Billy Torrence (Top Fuel), Jack Beckman (Funny Car) and Deric Kramer (Pro Stock) were last year’s winners of the event that will be televised on FOX Sports 1 (FS1), including live final eliminations coverage starting at 2:00 p.m. (ET) on Sunday, Aug. 18. It is the 11th of 18 races during the 2019 Pro Stock season and Line is looking for a late-season surge.

The stop in Brainerd is the penultimate race during the NHRA regular season and a win would solidify his title hopes. Line is currently fifth in points thanks to one final round appearance this year and two semifinal showings. It’s a solid showing, but not what Line is after. He had to wait until the Mello Yello Countdown to the Championship to get his first win a year ago, and that’s a scenario Line, a 48-time event winner, hopes to avoid in 2019. 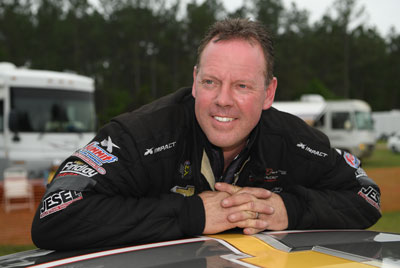 “We’re not bad right now, but I don’t know that we’re great,” said Line, who has 100 final round appearances. “I think we can be better and obviously that’s the goal. There’s some other stuff we’re working on that I think will refine things and will help us be better long-term. We need to do a little better on raceday. Our class has evolved into super refinement. You’re not going to find big gains, so you’re going to have to rub on what you’ve got and try to improve it.”

Finding that improvement would be perfect timing for Line in Brainerd, which annually delivers one of the most unique and memorable atmospheres on the NHRA circuit, thanks in part to the on-site campground known as “the Zoo.” For Line, it’s simply home, which is enough to get him excited to return. But there’s a tall task to succeed in Pro Stock, as Line will have to deal with the likes of KB Racing teammates Bo Butner, the current points leader, Greg Anderson and Deric Kramer, who all have wins this season, as well as the likes of Matt Hartford, Jeg Coughlin Jr. and Alex Laughlin.

To purchase general-admission or reserved seats, call 866-444-4455. Kids 12 and under are free with a paid adult. To honor the Salute to First Responders, military and first responders can save 20 percent on tickets.