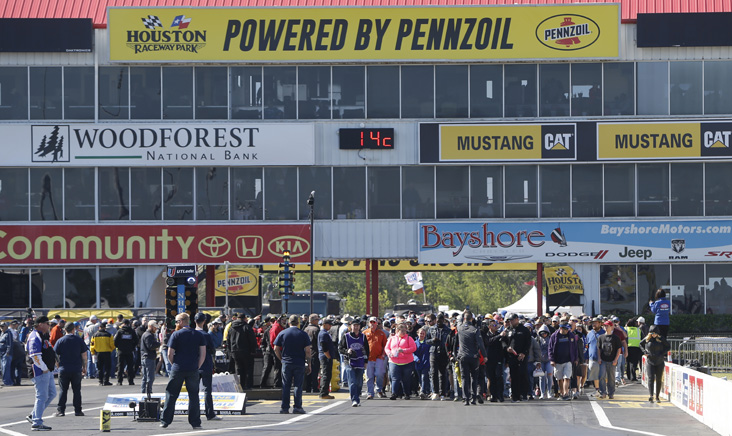 Fans flooded the starting line on Sunday morning during the NHRA Track Walk, which allows spectators to get an up close and personal look at the Houston Raceway Park quarter-mile. 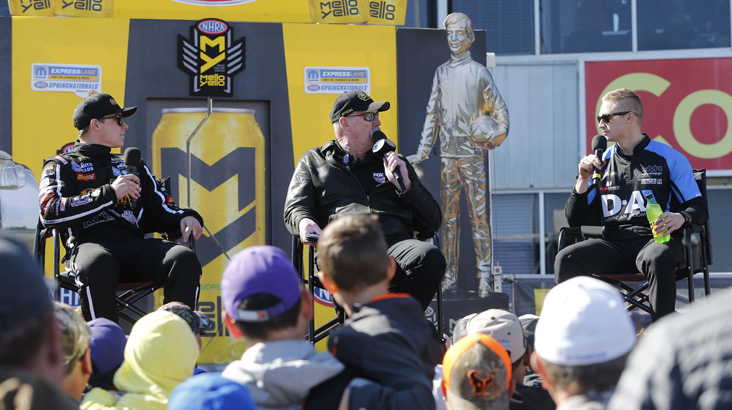 NHRA announcer Alan Reinhart, center, interviewed rookie of the year contenders Austin Prock, left, and Jordan Vandergriff prior to their round one match in Top Fuel. Prock scored the win in what figures to be many battles. 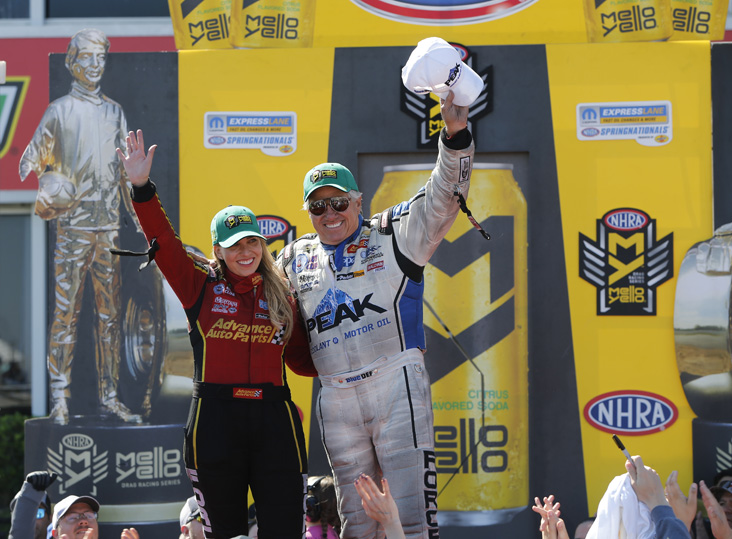 For the first time, Brittany Force and her father, John, qualified No. 1 in Top Fuel and Funny Car, respectively. Brittany also set both ends of the Houston Raceway Park track record with her 3.661, 332.18 run. 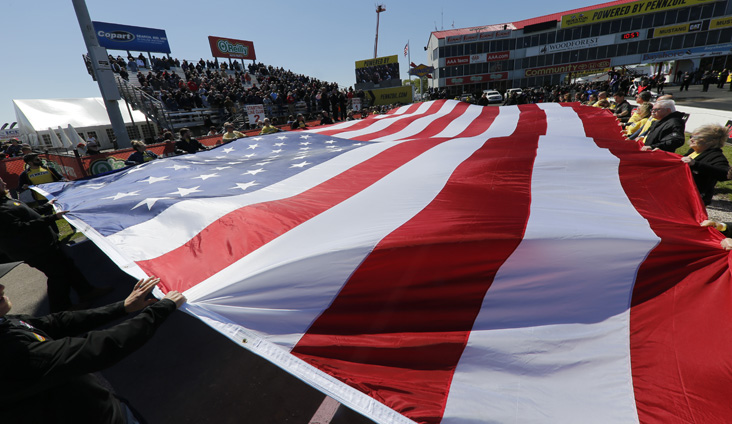 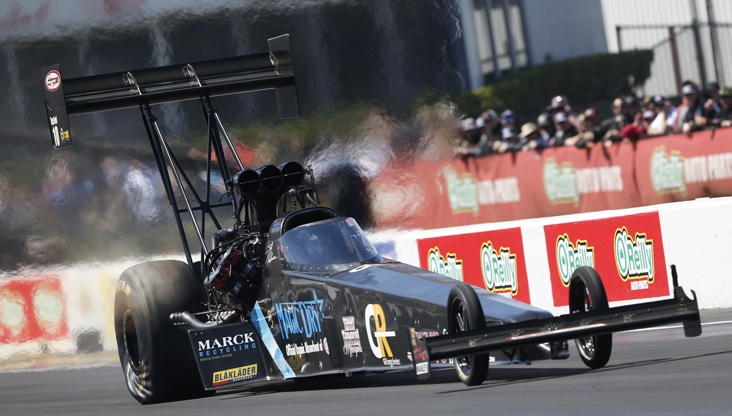 Scott Palmer and his Magic Dry team racked up their first round win of the season by stopping Phoenix champ Billy Torrence. Palmer posted a competitive 3.807 to advance to the quarterfinals. 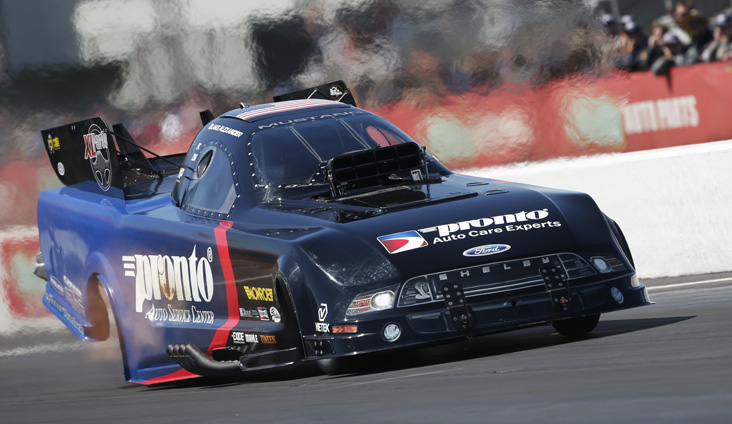 Blake Alexander also scored an upset win when he took out No. 3 qualifier Tim Wilkerson with a 3.959, his best run of the event. Alexander's Pronto Auto Care Mustang is tuned by Wilkerson's son, Daniel. 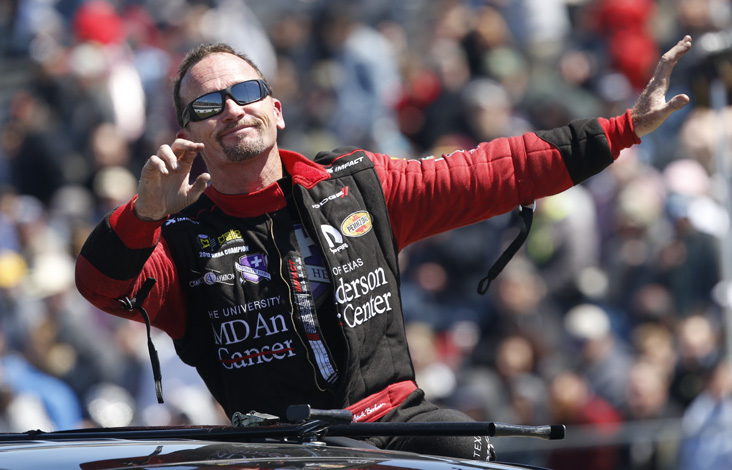 Even though he suffered a rare round one loss, "Fast Jack" Beckman was willing to salute the Houston Raceway Park fans as he made his way down the return road. 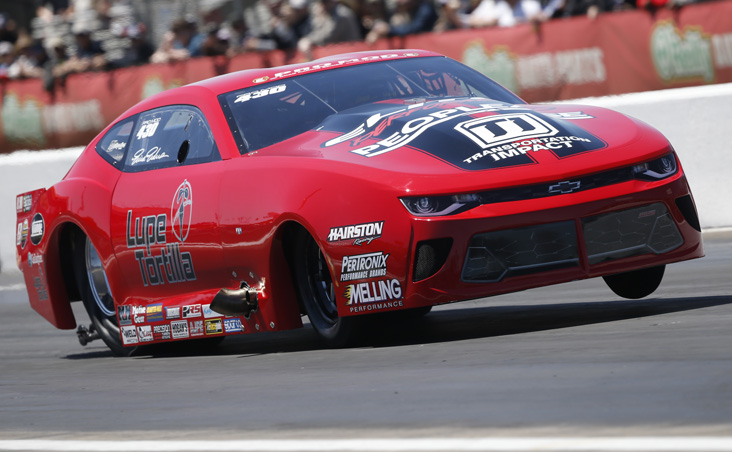 Erica Enders lost in the second round of eliminations in the E3 Pro Mod series but the Houston native left an indelible impression on the fans with a record 260.11-mph top speed in her turbocharged Elite Performance Camaro. 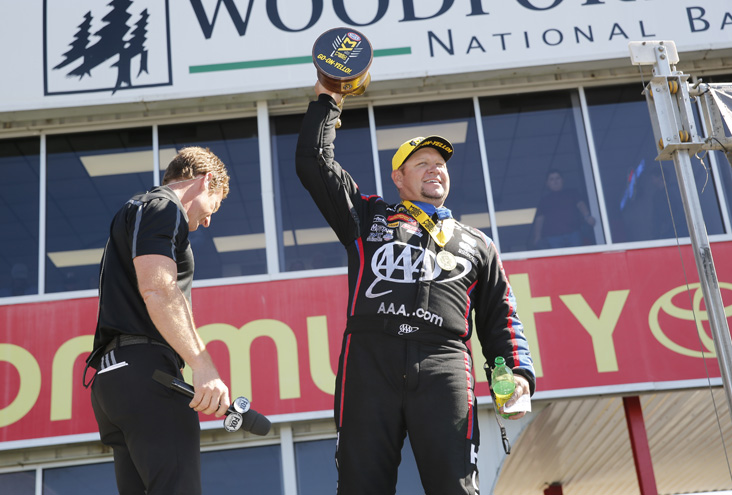 There have been just five NHRA Mello Yello Series events this season and Robert Hight has won three of them. The two-time Funny Car champion has now won 48 times in his career. 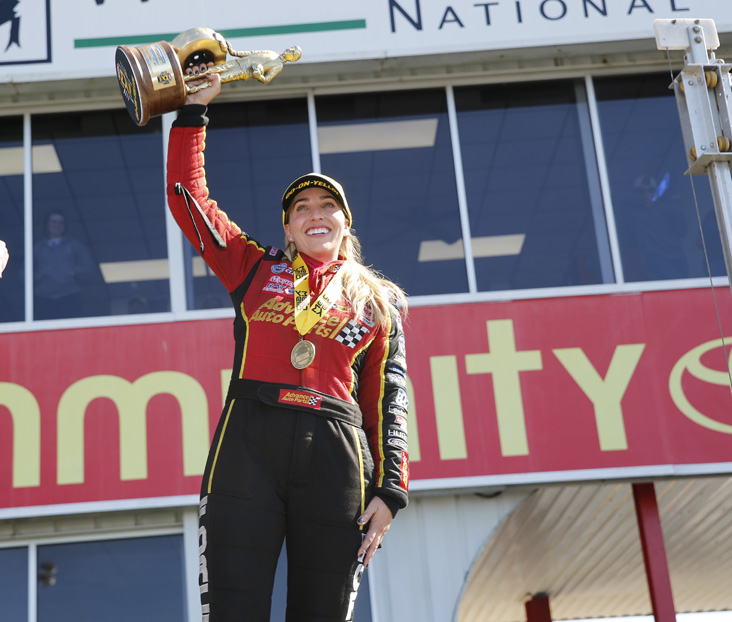 Brittany Force, in just her fifth event with new crew chief David Grubnic, turned in arguably the most dominant performance of her career to win her ninth Top Fuel Wally. It was the third time she's shared the winner's circle with teammate Hight.