John Force scored his 150th win at the Magic Dry Organic Absorbent NHRA Northwest Nationals. Some of the legends of motorsports sshare their thoughts on the 16-time Funny Car champion.
27 Aug 2019
Posted by NHRA.com staff
Feature

John Force earned his 150th win at the Magic Dry Organic Absorbent NHRA Northwest Nationals on Sunday, etching his name in the NHRA history books in the process. We caught up with some fellow NHRA legends to get their take on Force’s accomplishment. 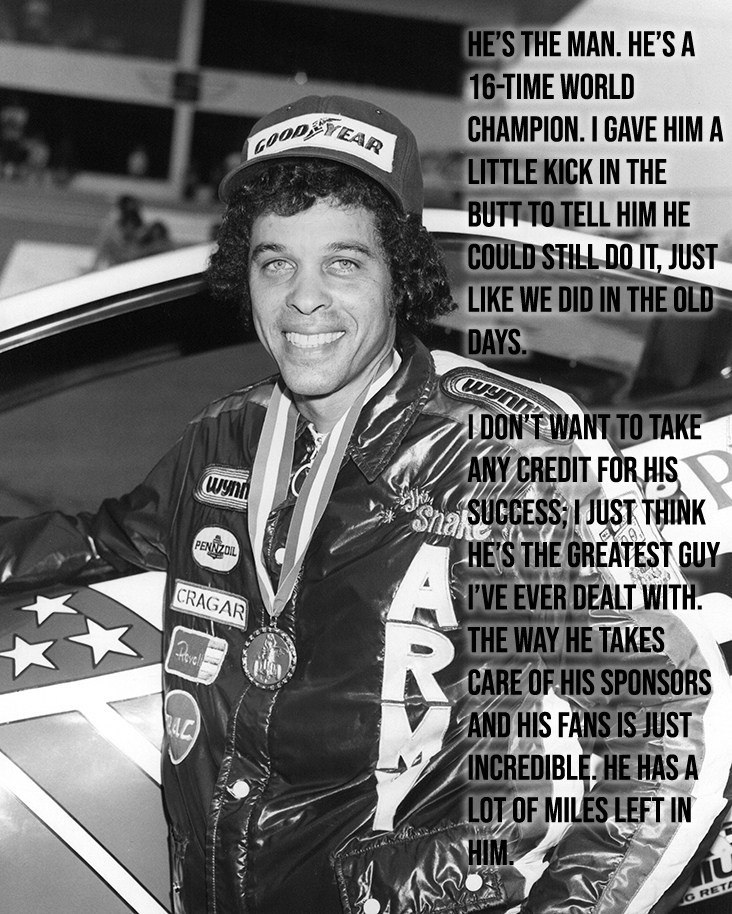 "He’s the man. He’s a 16-time world champion. I gave him a little kick in the butt to tell him he could still do it, just like we did in the old days. I don’t want to take any credit for his success; I just think he’s the greatest guy I’ve ever dealt with. The way he takes care of his sponsors and his fans is just incredible. He has a lot of miles left in him." 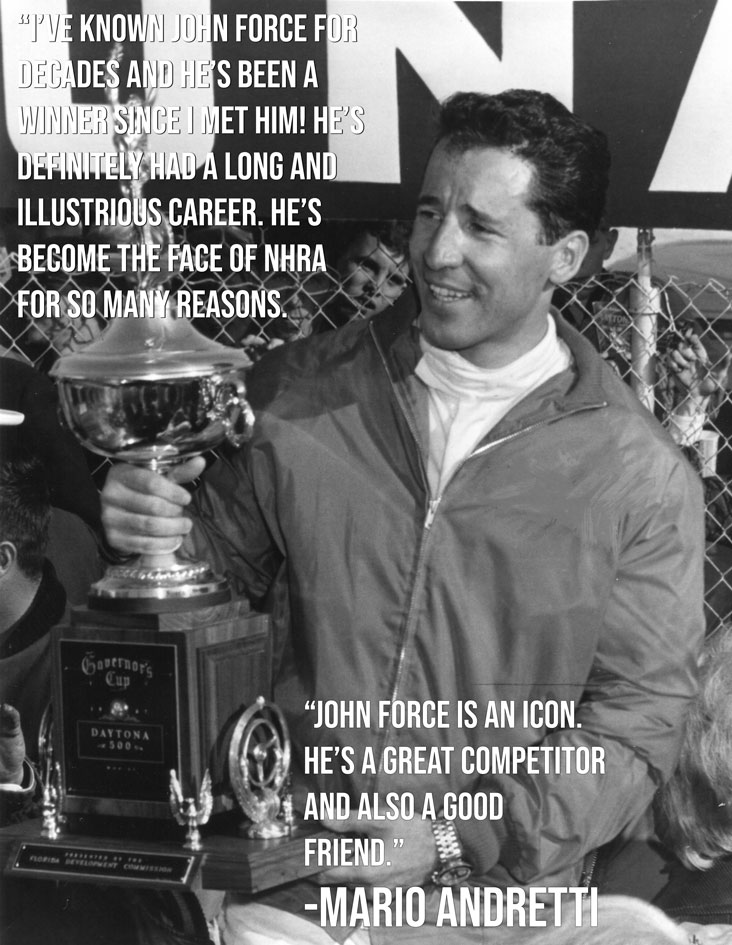 “I’ve known John Force for decades and he's been a winner since I met him! He’s definitely had a long and illustrious career. He’s become the face of NHRA for so many reasons: He’s in the very elite, top superstar category of his game. But it’s also his demeanor and genuine kindness and the smile on his face that makes it impossible not to like him. That’s why he’s one of the best ambassadors of the sport. John Force is an icon. He’s a great competitor and also a good friend.” 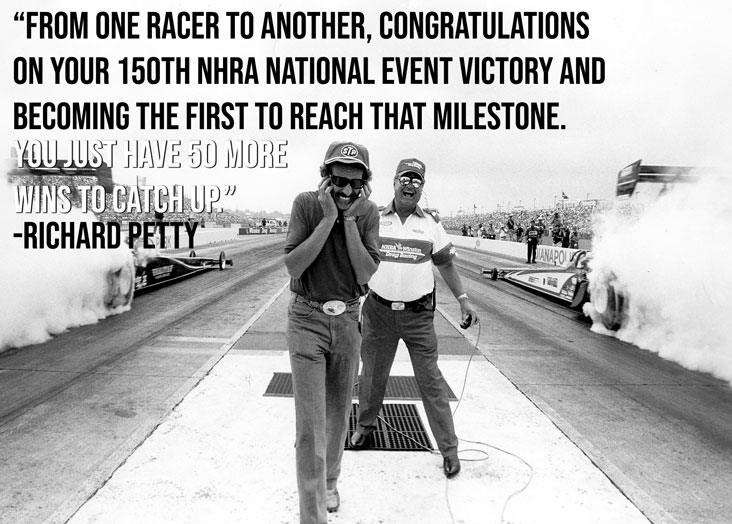 “From one racer to another, congratulations on your 150th NHRA national event victory and becoming the first to reach that milestone. You just have 50 more wins to catch up.” 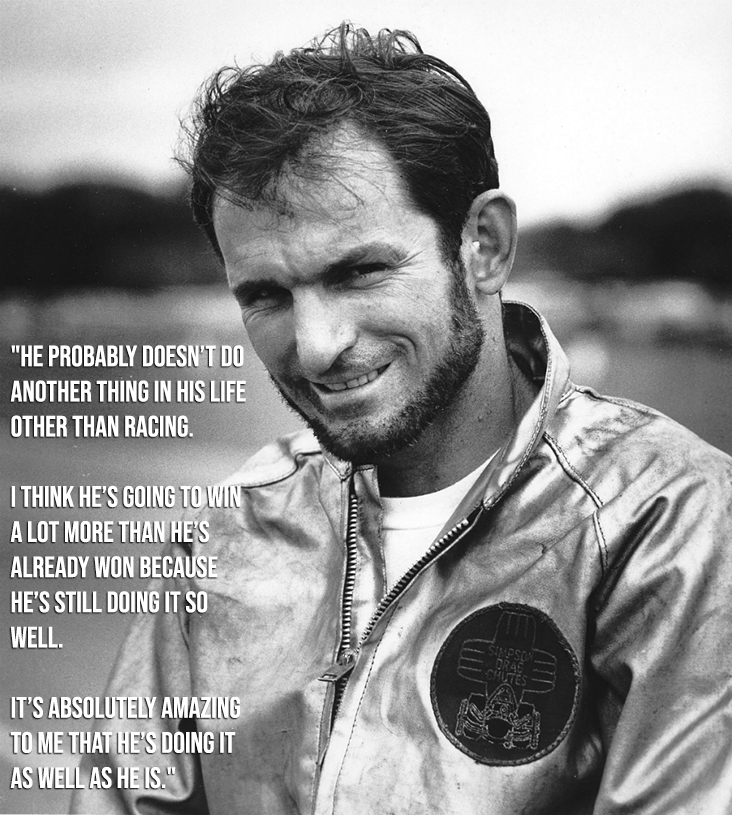 "He probably doesn’t do another thing in his life other than racing. I think he’s going to win a lot more than he’s already won because he’s still doing it so well. It’s absolutely amazing to me that he’s doing it as well as he is." 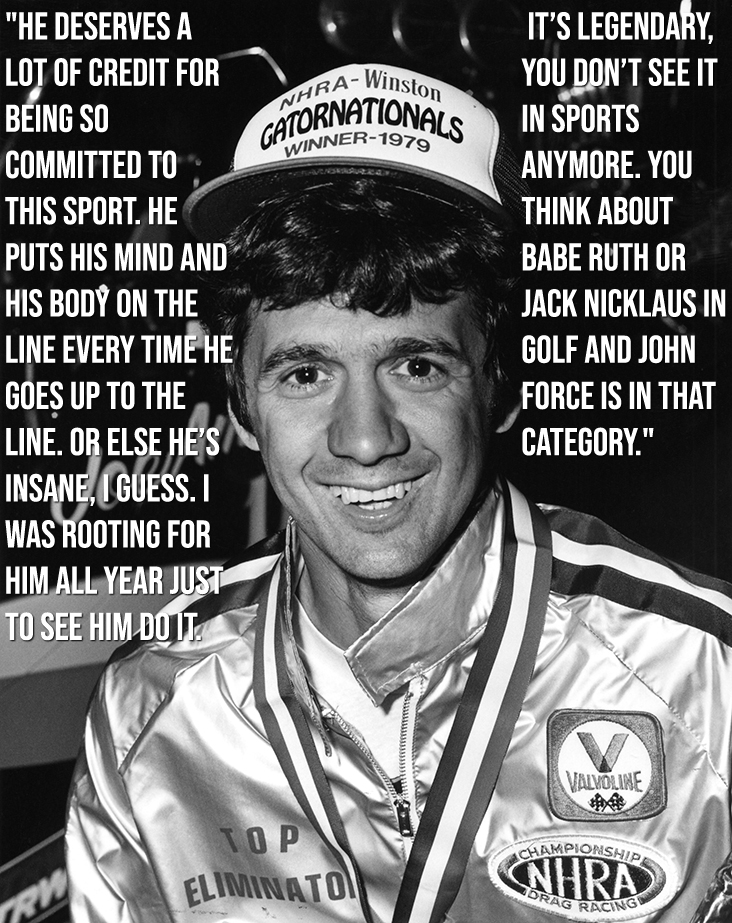 "He deserves a lot of credit for being so committed to this sport. He puts his mind and his body on the line every time he goes up to the line. Or else he’s insane, I guess. I was rooting for him all year just to see him do it. It’s legendary, you don’t see it in sports anymore. You think about Babe Ruth or Jack Nicklaus in golf and John Force is in that category." 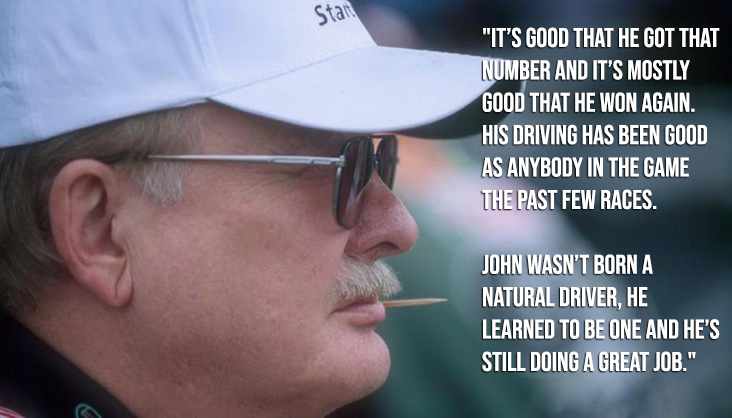 "It’s good that he got that number and it’s mostly good that he won again. His driving has been good as anybody in the game the past few races. John wasn’t born a natural driver, he learned to be one and he’s still doing a great job."

Force will chase down win No. 151 at the Lucas Oil NHRA Nationals in Brainerd, Minn. beginning August 15. The push for title No. 17 begins in earnest when the NHRA Countdown to the Championship locks in at the Chevrolet Performance U.S. Nationals in Indianapolis Labor Day weekend.