Shawn Langdon sees an impressive trend from his team heading to an important part of the 2019 NHRA Mello Yello Drag Racing Series season. The former Top Fuel world champ picked up his first career Funny Car win earlier this year, but with the way his team has performed in recent weeks, a second victory may not be too far off.

Langdon went to another final round to open July and the Kalitta Motorsports team has looked strong in qualifying to start the famed NHRA Western Swing. Heading into the final race of the rigorous three-week stretch at this weekend’s 32nd annual Magic Dry Organic Absorbent NHRA Northwest Nationals at Pacific Raceways, Langdon believes another win could be just around the corner in his 11,000-horsepower Global Electronic Technology Toyota Camry.

“The car has just been making good runs lately,” said Langdon, who is currently ninth in Funny Car points. “We’ve been qualifying a lot better and the quality of runs we’ve had, it’s been a big change the last couple races. It’s definitely important with the (Mello Yello) Countdown to the Championship coming up quick. This is a crucial time of the year to be fine-tuning your car and every point matters. Hopefully we can continue to put good runs together.”

Antron Brown (Top Fuel), Ron Capps (Funny Car) and Tanner Gray (Pro Stock) were last year’s winners of the event that will be televised on FOX Sports 1 and the FOX national broadcast network, including live final eliminations on FOX starting at 4 p.m. (ET) on Sunday, Aug. 4. Sitting in the shadows of majestic Mount Rainier and surrounded by towering trees, the race is the16th of 24 during a 2019 season that has already included a number of bright spots for Langdon.

After debuting in Funny Car in 2018, Langdon picked up his first win in the class in Charlotte earlier this year. But the consistent stretch in July has been just as impressive, as Langdon qualified second in Sonoma and moved up a spot in points. It’s precisely the type of performances he wants to see with the playoffs approaching, and he can see the confidence growing within the team. 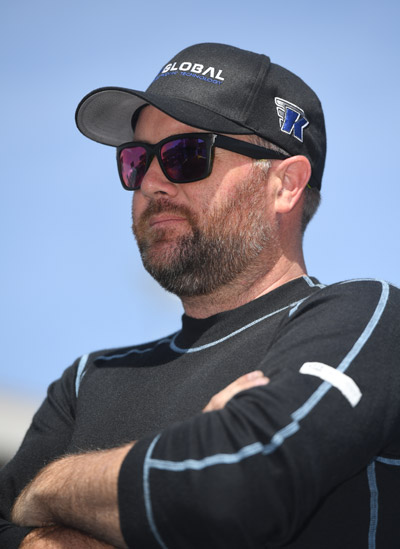 “We’re still in the learning stages with some of the things we’ve changed the last couple months,” said Langdon, who has 15 career wins. “Our qualifying in Sonoma showed a lot of potential the team has. The main motivating factor right now is we know we can compete. I feel like we’re in a good position now and we want to keep maintaining what we’ve been doing. We’ve had a great car, and our primary focus every time we pull in is to give 100 percent and do the best job we can.”

Getting through the three-race Western Swing is an arduous task, but Langdon likes what he sees out of his team heading into Seattle. He’ll have to contend with the likes of points leader Robert Hight, who won in Sonoma, defending event winner Ron Capps, teammate and defending champ J.R. Todd, and Tommy Johnson Jr., but Langdon is after his first nitro win at the facility. His first national event victory came at Seattle in the Lucas Oil Drag Racing Series in Super Comp, and now he wants to add a Funny Car victory to that.

“I always have good feelings heading back to Seattle,” said Langdon, who has two final round appearances at Pacific Raceways. “We’ve got a great group of guys and I’ve got a great team behind me. They work their butts off to put together a great car and it’s just a self-motivating group. We’ve shown what the car is capable off and I think we’re all excited heading to Seattle.”

To purchase general admission or reserved seats, call 800-884-NHRA (6472). Tickets also are available online at www.NHRA.com/tickets. Kids 12 and under are free in general admission areas with a paid adult. To honor the Salute to First Responders, military and first responders can save 20 percent on general admission tickets at the gate.