There are few better in Comp Eliminator than Frank Aragaona Jr., something he continues to prove in one of the toughest Sportsman categories.
27 Dec 2019
Phil Burgess, NHRA National Dragster Editor
Feature

For Frank Aragona Jr., it always comes down to the math, and that’s especially true in Competition eliminator, or as it’s better known, “Complicated eliminator.”

And, after claiming a second straight and third overall championship in 2019, the numbers prove that there are few who are better at it than him. He’s just the third driver to win back-to-back points-based championships in the class and the third to score a trio of titles.

“The things I love about Comp are the challenge and the chess game,” he said. “It’s not as simple as everybody thinks; you gotta know what your opponents can do, who’s going to be in a race, how fast they can go, the [Competition Index Control], and permanent index penalties. It’s challenging, and that’s what keeps me going.” 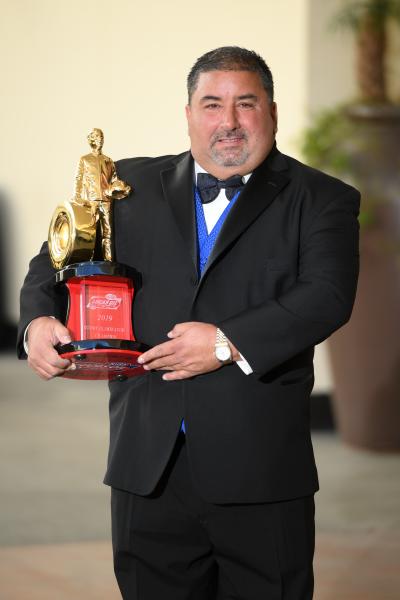 Truth be told, a championship was not really in the plan early in the season, but after racking up a few wins, the math became obvious.

“Craig Bourgeois got on a run in the beginning of the year, and everyone thought he was just going to run away with it, so my main focus at that point was just to win Indy [the U.S. Nationals], which I’d never done before,” he said.

After starting the year with their E/Dragster Automatic car and scoring wins at the Division 1 event at Maple Grove Raceway and the JEGS Allstars, Aragona and his father, Frank Sr., switched to a new Ken Keir-built Bantam that they had pegged for the J/AA class. They debuted it at the Division 1 event at Lebanon Valley Dragway in June, where they won the race and the Best Engineered Car award, and then also won the next two divisional events to change the course of their season.

“We knew J/AA was a good index because nobody’s really been in that class for many, many years, and it just was very appetizing,” he said. “After winning three in a row, we were on a cloud because that put us right into the hunt again. I still had three nationals to claim, and I had a first round, a second round, and a third round to improve on, so it changes the whole picture, and it made wanting to win Indy much more interesting because it’s an extra 10 points [for the 64-car field].”

Aragona raced his way through five rounds of competition in Indy, capping the victory with a strong (-.56) 7.60 to defeat David Billinsgley in the final.

“I think I drove well, and we got the right breaks — which you gotta have at the right time to win in Comp — and we used up index when we needed to. I probably didn’t need to use up as much as I did in the final, but it was 10:30 at night against a great driver like Billingsley. I said, ‘I’m not even gonna worry about index, I’d drive it to the second turnoff if I had to.” 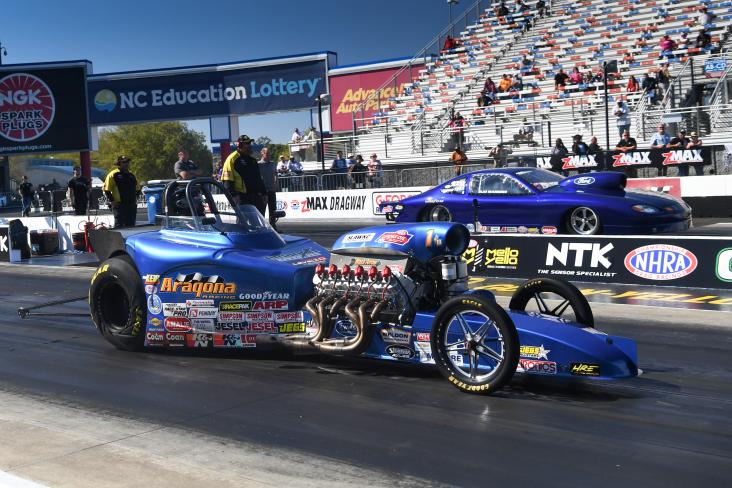 Again, Aragona went to work on the numbers and knew what he needed to do better than anyone to lock up the title, which he did in Charlotte at the NTK NHRA Carolina Nationals.

“After Indy, I felt like we had a good grip on it, and if I could have one more good outing, I didn’t think anyone could pass us. It’s just simple math. You look online and see you can better their score, and then you figure it all out. I knew once we won the semi’s, nobody else in the country could pass us no matter what they did.”

Frank Affronti trigged a foul start against Aragona to secure the title, then Aragona went on to beat Elio Mannino for good measure.

“It’s hard to compare the three championships because each is special, but I’d have to say this year was better because of winning Indy and the Allstars, my seventh Division 1 championship, and the world championship in one year — I mean, what more could you do? That’s pretty much all my favorites in one.” 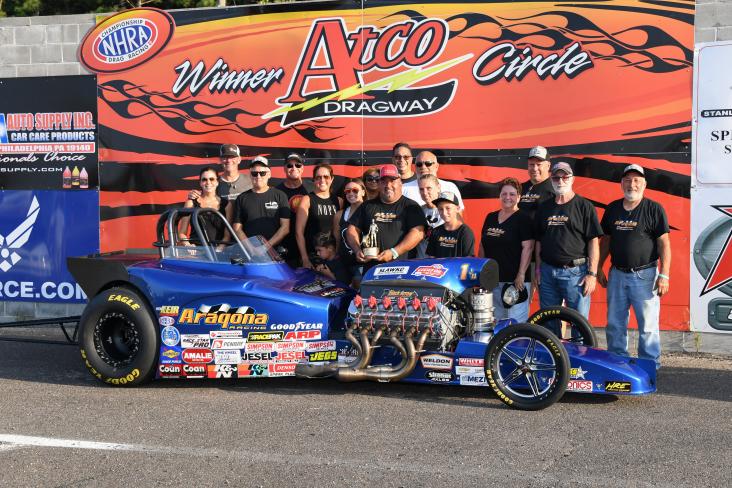 Even with the title wrapped, the Aragonas towed west, and it was in Pomona where his season was really capped when fellow three-time Comp champ Bill Maropolus asked him to pose for a photo with he and David Rampy, the only other three-time titlist.

“It was really flattering, y’know?” he said, still a little starstruck. “He told me that after Rampy tied him, he figured that I would be next [to win three], and that I would be the one who broke the tie and won four. That was just so amazing for him to say.”

“And then, of course, thanks to my wife, Beatrice, and kids, Frankie III and Emma, for putting up with me being gone so long. Even when I’m home I’m thinking about racing and strategy and things to do to make it better. It takes a lot of time, and I thank my family for their support.”