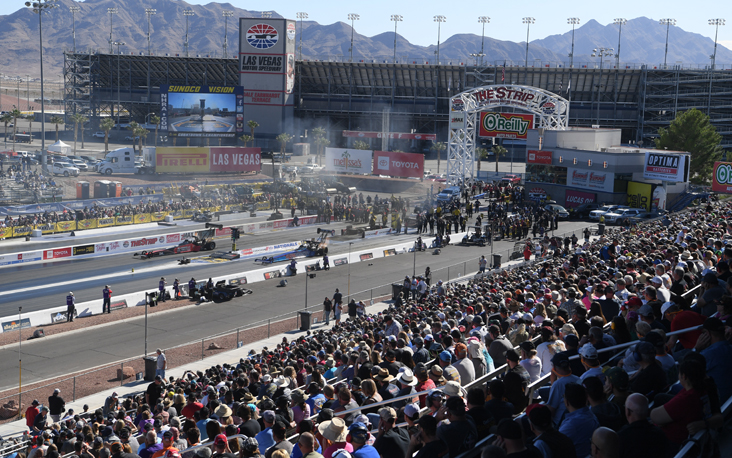 Fans packed The Strip at Las Vegas Motor Speedway for the final day of qualifying at the Dodge NHRA Nationals presented by Pennzoil. 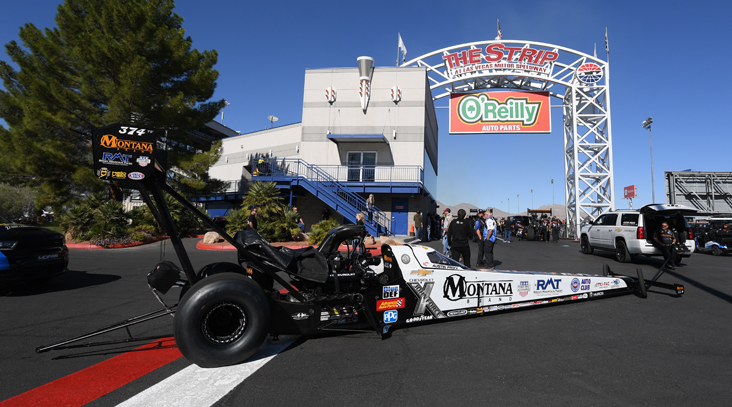 Top-running rookie Austin Prock and the Montana Brand team prepare to tow through the unique arch that welcomes drivers to The Strip.

KB Racing teammates Greg Anderson and Jason Line both qualified solidly for the Pro Stock field and paired off against one another in Q3. 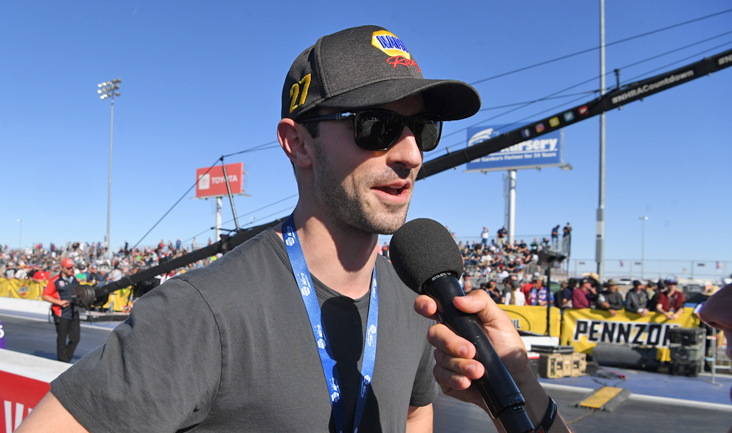 IndyCar driver Alexander Rossi, winner of the 2016 Indy 500, is on hand to cheer on his NAPA Racing teammate, Funny Car frontrunner Ron Capps. 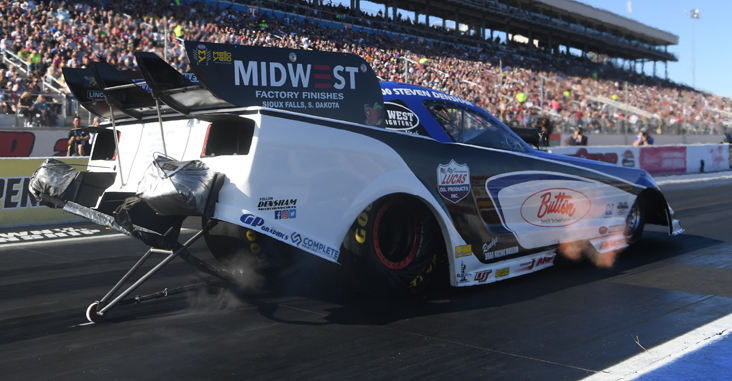 Steven Densham qualified for the Funny Car field in his debut in his dad Gary's car, running a fine 4.02 in Q3. 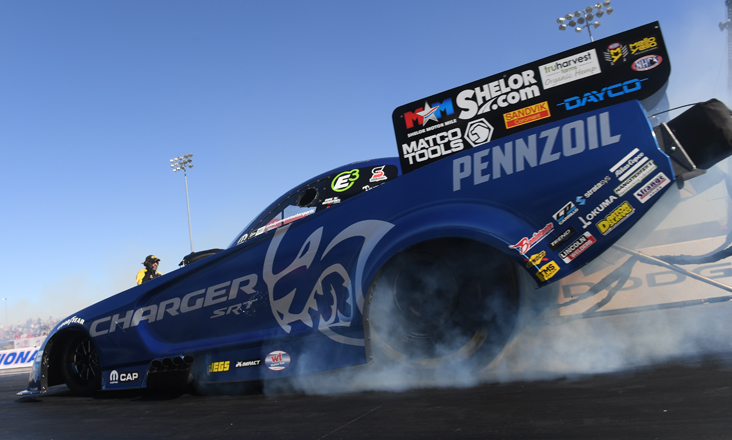 Matt Hagan, carrying the colors of event sponsors Dodge and Pennzoil, fired off his best run of the event, a 3.872, in Q4. 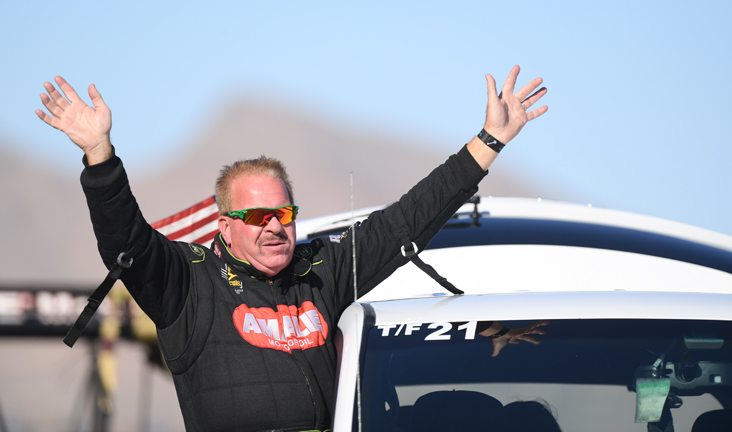 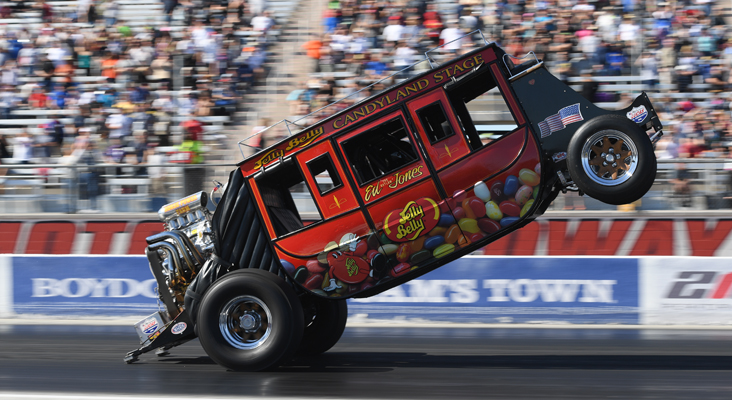 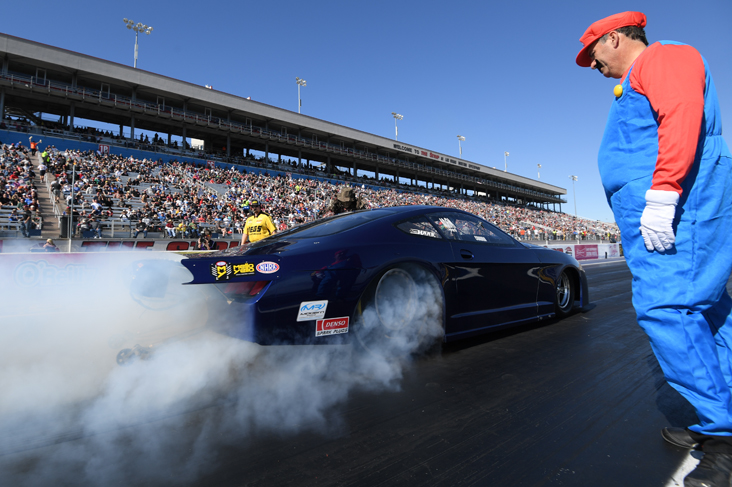 This being Halloween weekend, the teams were, as usual, very into it. Fernando Cuadra Jr.'s had a little Mario help on his burnout. 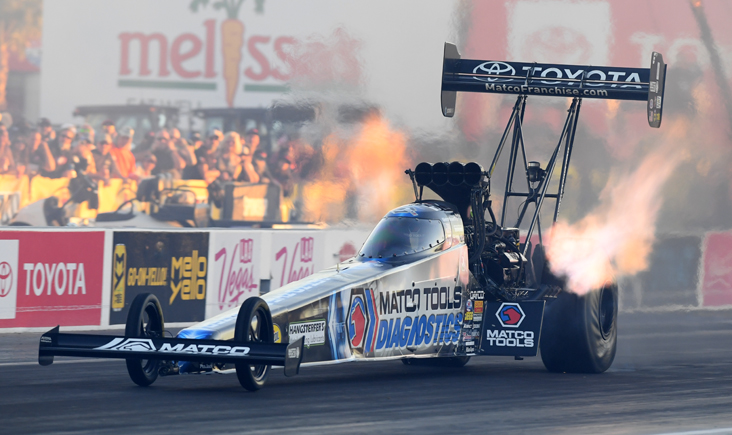 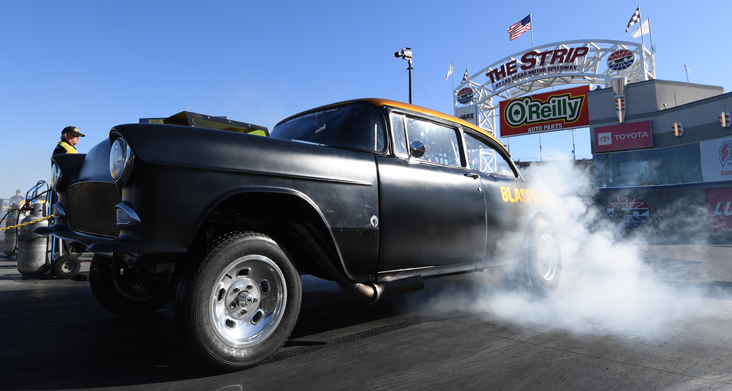 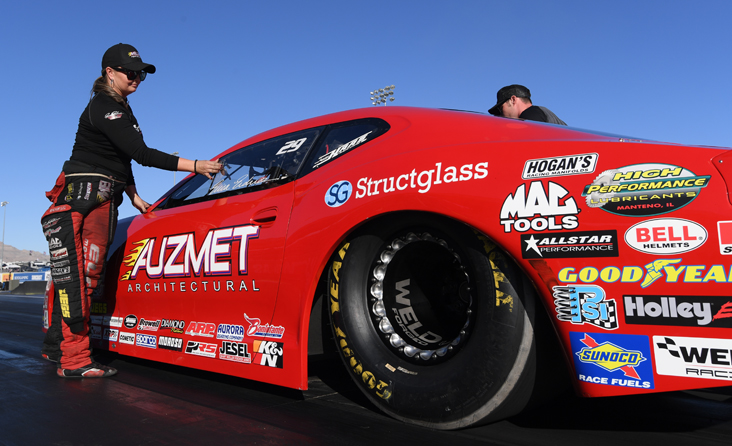 Shane Tucker's Azumet Architectural Pro Stock Camaro had the best "costume" as the team wrapped the white car overnight to look like Erica Enders' red Elite Camaro and the entire team dressed up as members of the Elite crew. Good sport Enders even helped guide him into staging for Q4. 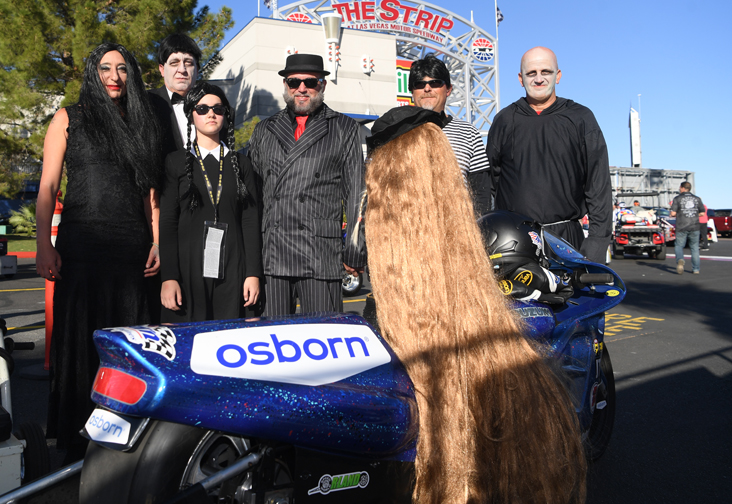 Andies Rawlings' Pro Stock Motorcycle team was definitely on "It" with their Adams family costumes. 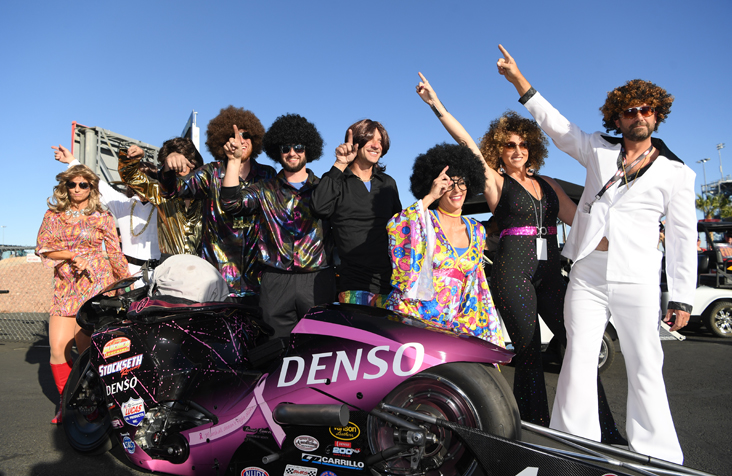 Matt Smith's crew offered a disco flashback to the 1970s. 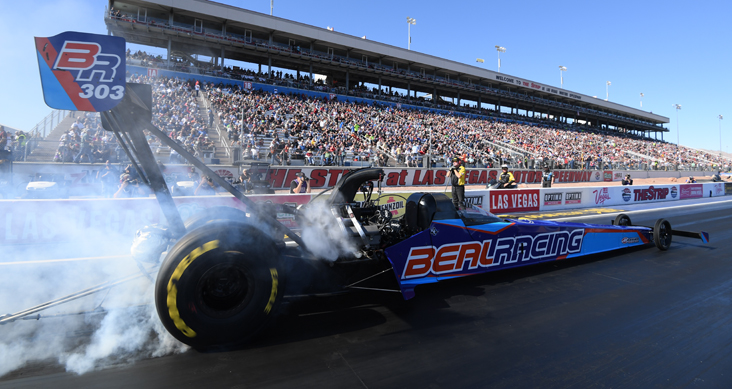 Top Fuel veteran Pat Dakin, who is shaking down the new Beal Racing dragster in anticipation of Monday licensing runs for team owner Brandon Welch, guaranteed the group a Sunday pass by qualifying on their final attempt with a solid 3.84. 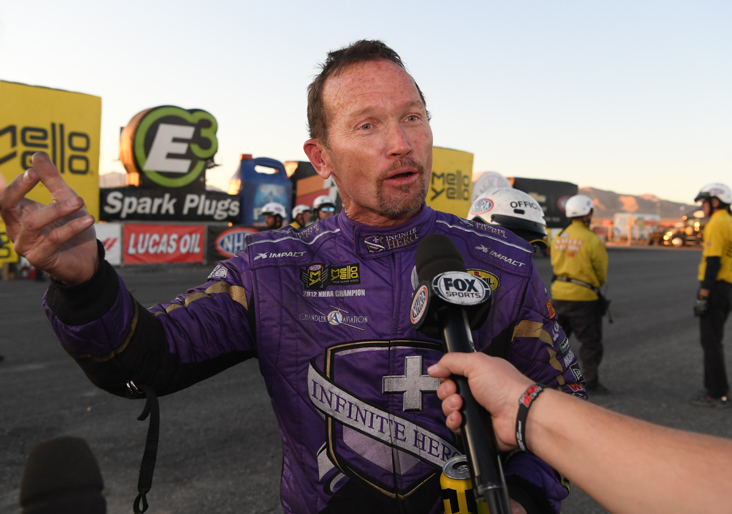 Jack Beckman ended up with both ends of the track record and the No. 1 qualifying spot in Funny Car with the Infinite Hero Dodge. 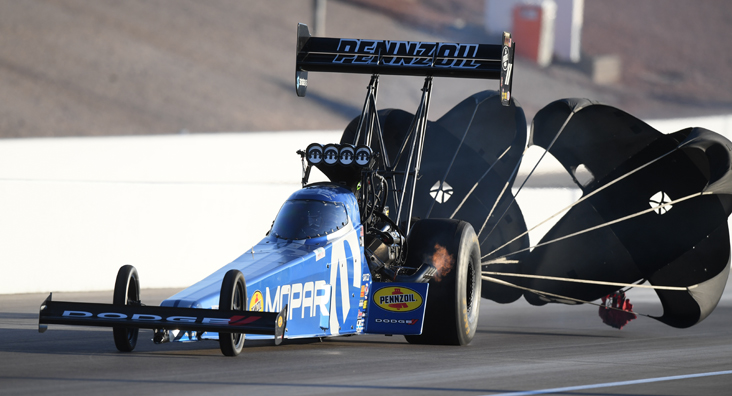 Leah Pritchett and crew chief Todd Okuhara picked Brittany Force's pocket by racing their Mopar dragster to the No. 1 spot in Top Fuel with a track-record pass of 3.654.