Clay Millican reunites with old friend Mike Kloeber, but not without cost

Clay Millican and Mike Kloeber are reunited on the NHRA side of the fence after years with David Grubnic.
17 Feb 2019
Jacob Sundstrom, NHRA National Dragster Associate Editor
Feature

It came as a relief to David Grubnic when Clay Millican earned his first NHRA national event win in 2017. Finally, the pair could focus on the real goal: winning a national championship together. The two partnered up in 2015 as part of a new race team, owned and operated by Doug Stringer, who got his start in racing in NASCAR.

A second NHRA win did not come for Millican and “Grubby” until 2018. Then a third. A championship seemed possible, if not likely, as the band racing out of the self-described Nitro Barn became more than fan favorites. The group became contenders.

Not all good things come to an end, but no good thing ends peacefully. Grubnic announced his departure from the Parts Plus-backed Top Fuel dragster team ahead of the final race of the season as the Top Fuel title escaped its grasp.

So, what’s the state of the relationship now?

“I have not heard from or spoken to [Grubnic] since our second-round loss in Pomona,” said Millican prior to preseason testing in Phoenix. “That’s just being honest, I have no clue what that relationship is. I said it when he was my crew chief and I’ll say it right now: He’s one of the baddest dudes out there. I expect that group to be one of the best out there. That’s a very well-funded car, and there’s no reason why that car won’t be a threat to win every time it goes out. They’ve got resources they’ve never had.” 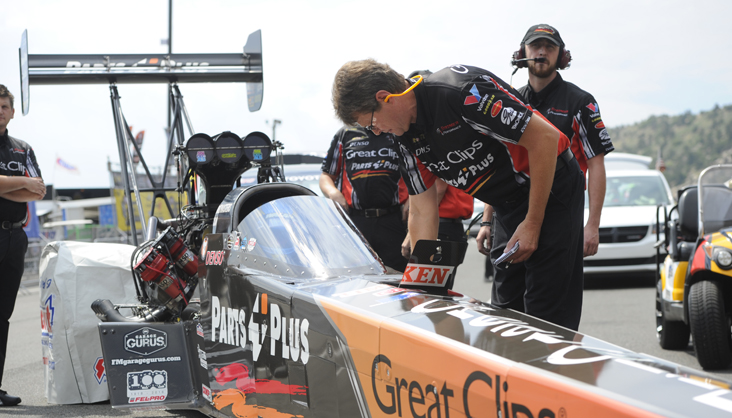 That group being the one working on Brittany Force’s Advance Auto Parts Top Fuel dragster. That group being exactly the same as it was when it worked on Millican’s car, more or less, the past four years. That group of young men, brought in with little to no drag racing experience, has come a long way. That’s something Millican couldn’t be prouder of.

“It’s pretty cool when you can take someone, and a bunch of those guys, that have really never been in the sport and help them learn and then have them go work for the best-known team in drag racing,” said Millican. “Hopefully, one day they will be able to do the same for some other people. Do I want to beat them? Sure, but I want to beat every car I race. Is there any extra motivation? Nah, not really. I’m saying that, honestly, because I’m pretty well motivated to beat everybody we race.”

That won’t make the spectacle of seeing Force and Millican side by side for the first time any less strange. That will be true whether it’s in qualifying or on eliminations day. While Grubnic and Millican made something of an odd couple — the Tennessean being nothing but boisterous positivity next to the Australian’s reserved contemplativeness — the balance always made sense.

“But if there’s ever a time that me and Doug and everyone else here can look around and say we gave them an opportunity and they were able to better themselves, that’s pretty cool. We should be trying to make someone else’s life better. If you can take this group we have in here now and one day they can come to you and say they got a gigantic opportunity, I’ll help them pack their bags. I love helping people — it’s just part of who I am, I guess.”

A New Hope From a Familiar Face

Millican doesn’t have time to sit around and think about his past with Grubnic. The 2019 season, which began with the Lucas Oil NHRA Winternationals presented by ProtectTheHarvest.com, served as the reintroduction of a long-running partnership: Millican and crew chief Mike Kloeber. 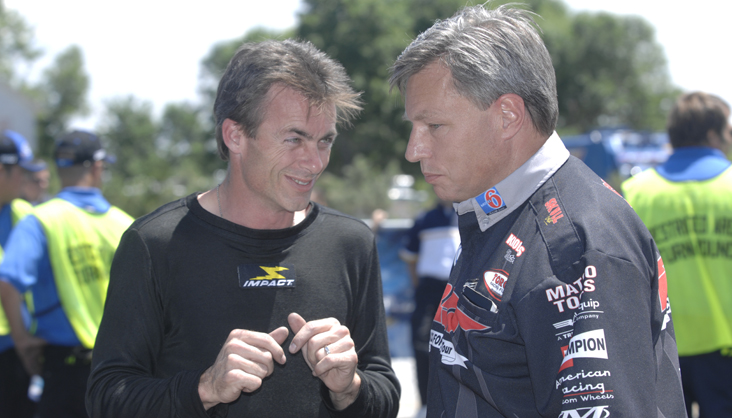 That duo is not new to any longtime fan of drag racing, particularly those who knew Millican first as an IHRA legend. Kloeber tuned Millican to his first ever IHRA victory and to his 50th. Millican still holds both ends of the national record on that side of the fence.

“Kloeber and I certainly have a lot of unfinished business on the NHRA side of the fence,” said Millican. “We went on a limited tour of the NHRA during my IHRA career, and I’m drawing on my memory banks here a little bit, but we did go to three consecutive NHRA finals at one point. We did that while going to only 10 events.”

That was in 2004. Millican went to the Houston, Bristol, and Atlanta finals in consecutive races without managing to bring home the Wally. That showed the strength of a partnership the two renewed during the offseason. Kloeber also worked as a crew chief with Don Prudhomme, and among his accomplishments with the Snake include a shootout trophy.

That doesn’t mean things will be as easy as sliding on an old helmet. Millican knows that but feels confident because of the staff of Straightline Strategy Group (the very new-age name assigned to what was Stringer Racing) put together. Jim Oberhofer will crew chief Paul Lee’s Funny Car under that umbrella, but the former crew chief for Doug Kalitta is also on hand to help out on Millican’s car in the early goings. 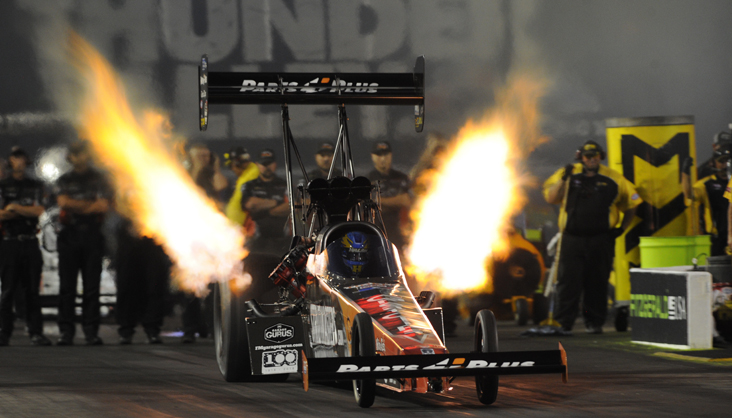 “If you want to call it getting Mike up to speed, that is certainly a benefit to all of us,” Millican said. “We also hired Jack Wyatt. He’s a very crafty veteran who is helping put this whole thing together. Then we got two crewmembers with experience from John Force Racing, so I think we’ll be up to speed relatively quickly, I really do.”

How quickly? Great question. While Steve Torrence spent most of 2018 talking about the Capco Boys in the winner’s circle, you don’t really have to in order to win a championship. And, truth be told, Millican didn’t exactly say championship or bust during our conversation. He wants to win more races and earn more points than he did in 2018.

Okay, fair enough. To do that, the team needs to get up to speed by the Countdown to the Championship. That’s difficult enough with a new crew chief, but with a new crew? Well, you just added another layer of complexity to the recipe. Perhaps it’s Millican’s sunny disposition, or maybe his confidence comes from somewhere deeper, but he believes the team has what it takes to get there.

“Anytime you have a whole new group of people trying to do these quick turnarounds, it’s going to be a challenge,” he said. “If we can keep ourselves in the top 10 leaving Indy, these guys certainly won’t be veterans, but they’ll be heat treated. We’ll have been through 18 battles before the Countdown started. I have no doubts that there will be rough spots and bumps throughout the way, but by the time the Countdown starts, I think we’ll be in pretty good shape.”

The difference between “pretty good” and “very good” may stand out as the difference between a top-five finish and a top-three finish. It took two full seasons before Millican and Grubnic found their first win together. Tennessee’s favorite Top Fuel racer hopes this courtship will move much quicker.