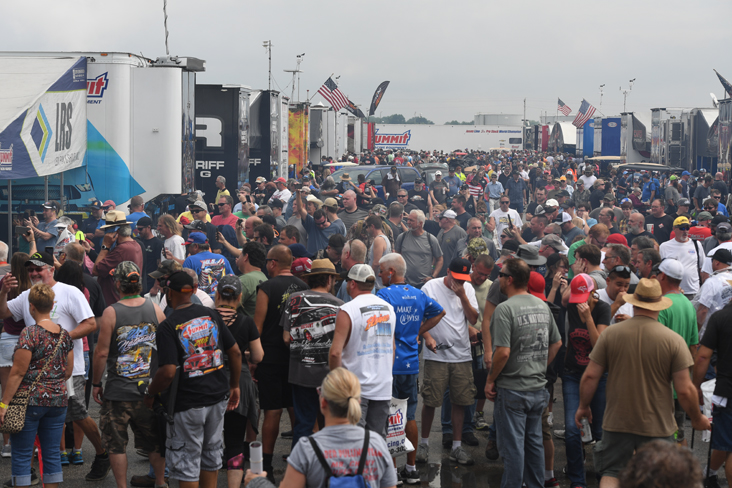 Rain that delayed the start oi the day's racing gave fans plenty of time to interact with the drivers and teams in NHRA's world-famous open pits. 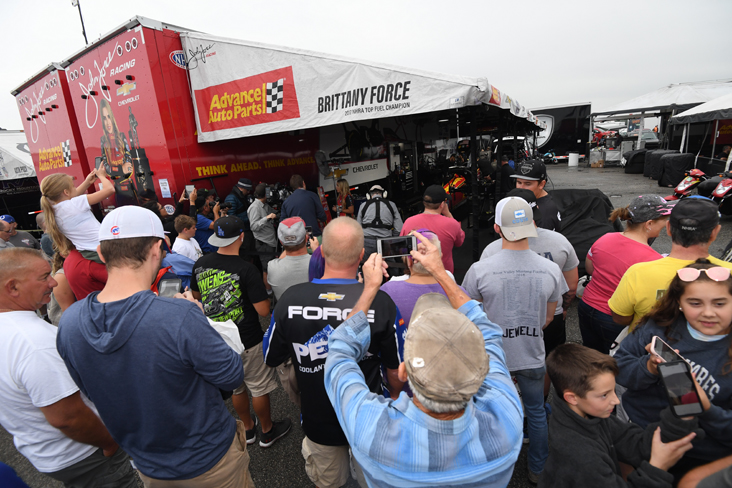 As always, the pit area of Brittany Force was mobbed by fans eager to see the second-generation star, who enters the day as the low qualifier in Top Fuel. 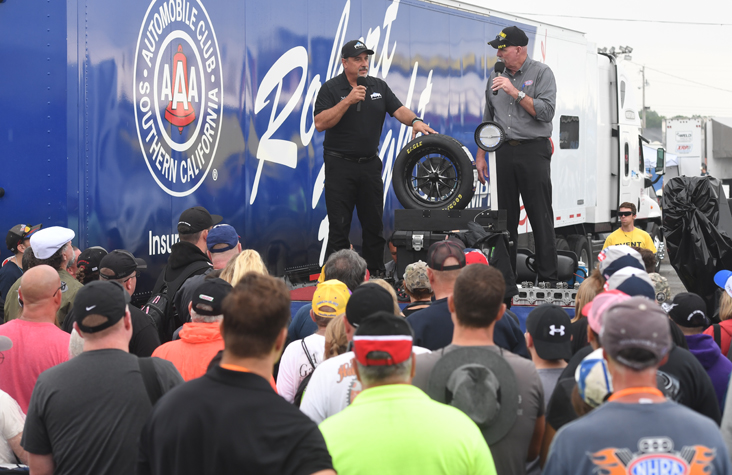 Fans also got a chance to get some indepth information on fuel-car racing as NHRA's Alan Reinhart and John Force Racing crew chief Brian Corradi hosted the popular Nitro School segment in the pits. 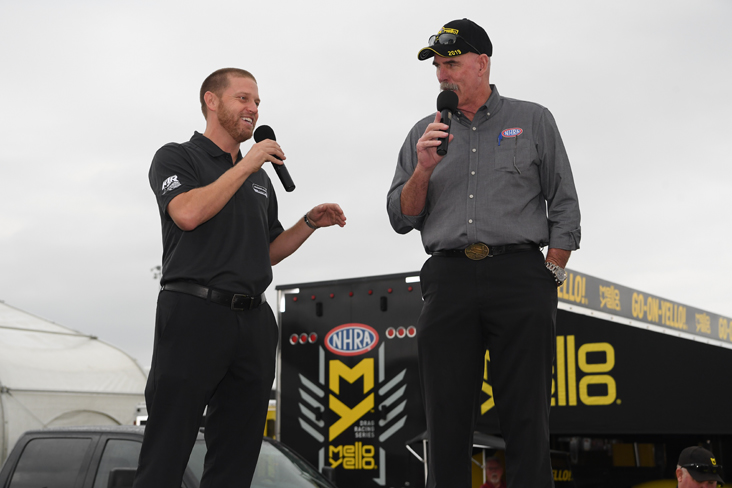 Pro Mod School, a new feature, also is hosted by Reinhart who had as his guest points leader Stevie "Fast" Jackson. 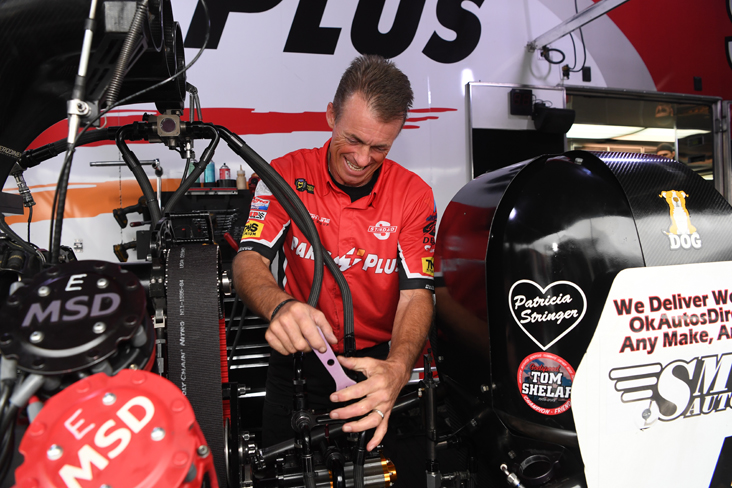 Clay Millican does more than just drive the Parts Plus Top Fueler; he also likes to get his hands dirty. 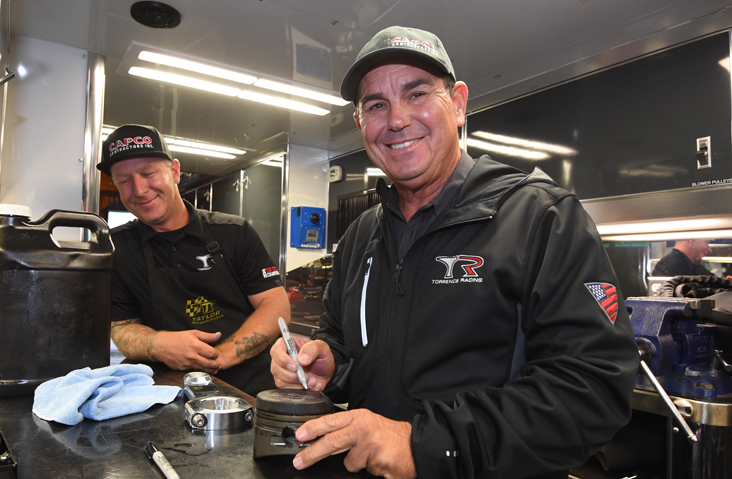 Billy Torrence has quickly become a fan favorite with his quick-running Capco Contractors entry; he entered Sunday in the No. 2 spot in Top Fuel. 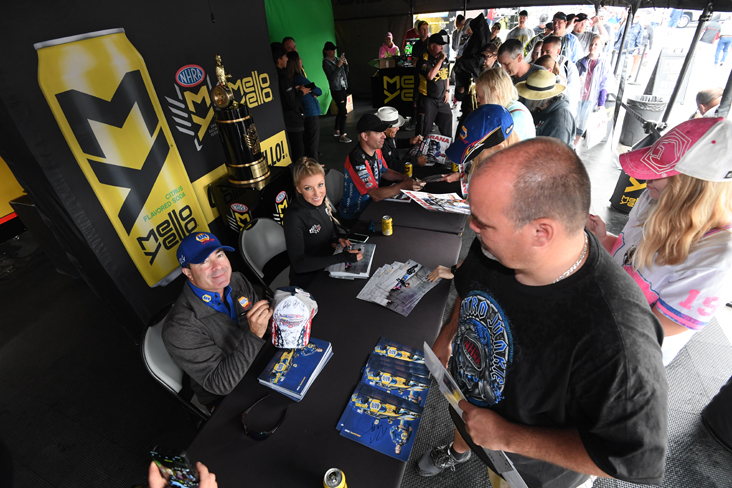 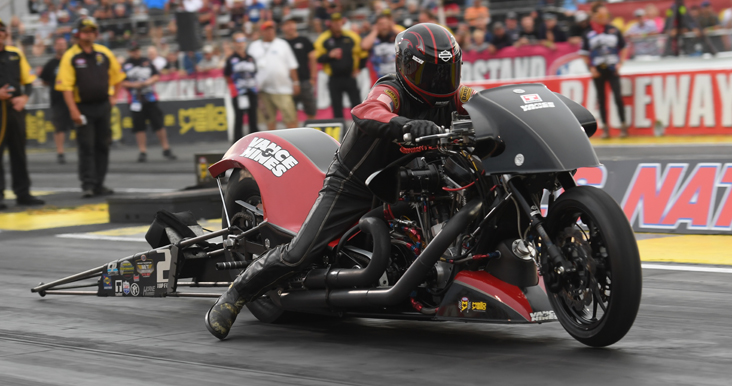 Doug Vancil assured that the Mickey Thompson Tires Top Fuel Harley championship would extend into Monday by defeating Mike Scott on a holeshot in round one, 6.33 to 6.32. Points leader Tii Tharpe also advanced to the semifinals; if Tharpe wins his semifinal race against Rickey House, he will be the champ regardless of what Vancil does against Randal Andras. Should Tharpe lose in the semifinals, Vancil could win the championship by winning the event. 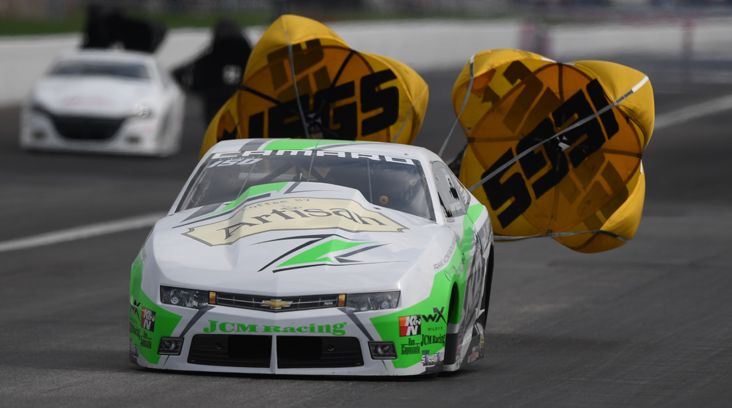 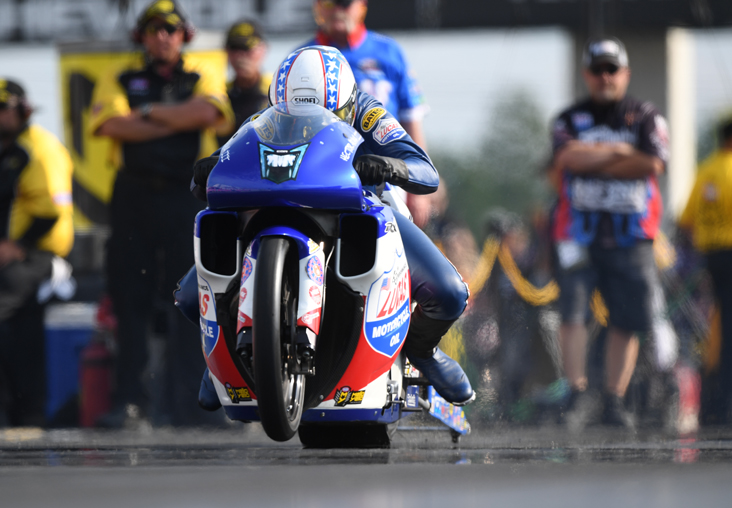 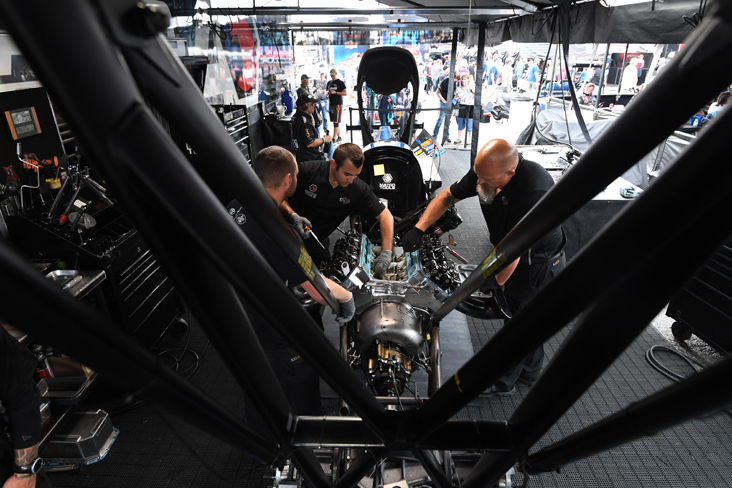 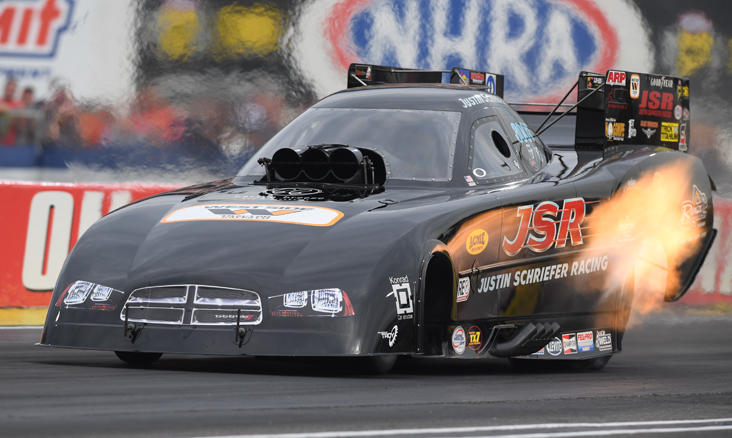 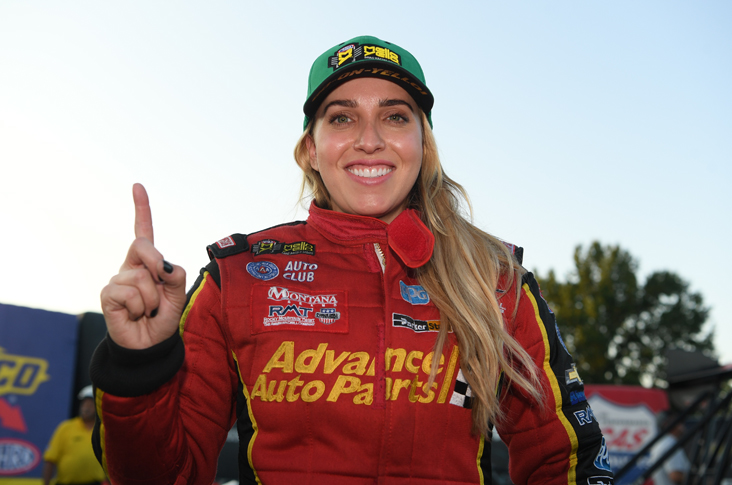 Brittany Force made some Indy Top Fuel history as the first female low qualifier in the class' long history at the event. 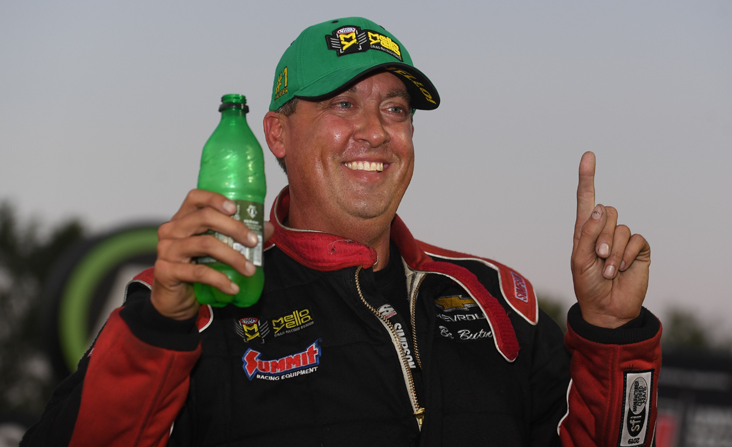 Bo Butner also enjoyed the fruits -- and the green hat -- of being low qualifier in Pro Stock. 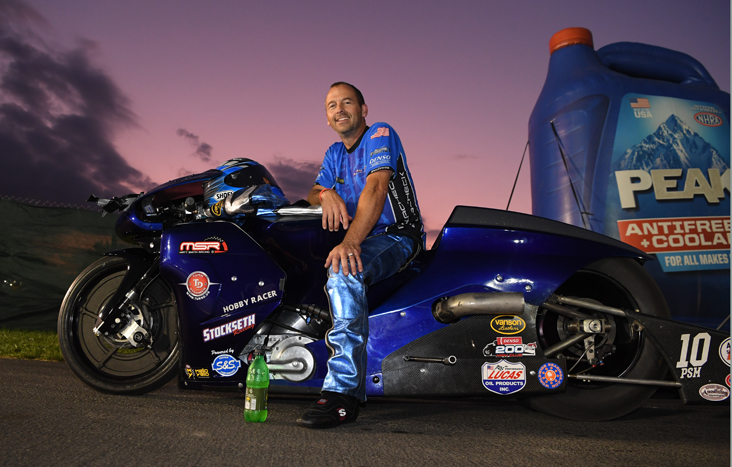 Scotty Pollacheck has a big day ahead of him Monday as he tries to battle his way into the Pro Stock Motorcycle Countdown to the Championship. He's currently in 11th, one spot out of the playoffs.