TUNE IN TO FS1 AT AT 2 P.M. FOR LIVE FINAL ELIMINATIONS FROM HOUSTOor watch live on NHRA.tv 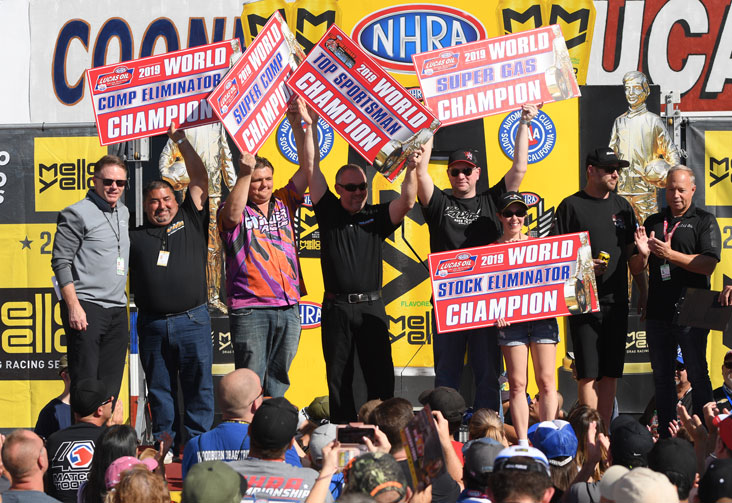 The championship crowning began early with the acknowledgement of many of the Lucas Oil champs, who joined NHRA's Glen Cromwell and Lucas Oil's Tom Bogner on stage during the pre-race ceremony. 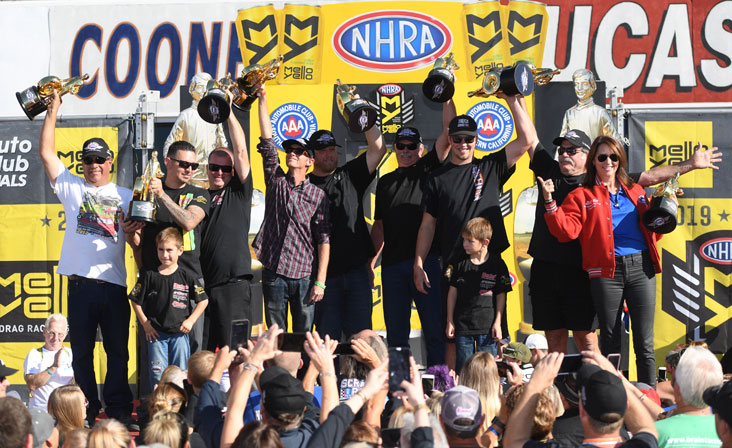 NHRA also saluted the champions of the NHRA Hot Rod Heritage Series, who completed their season at the end of October. 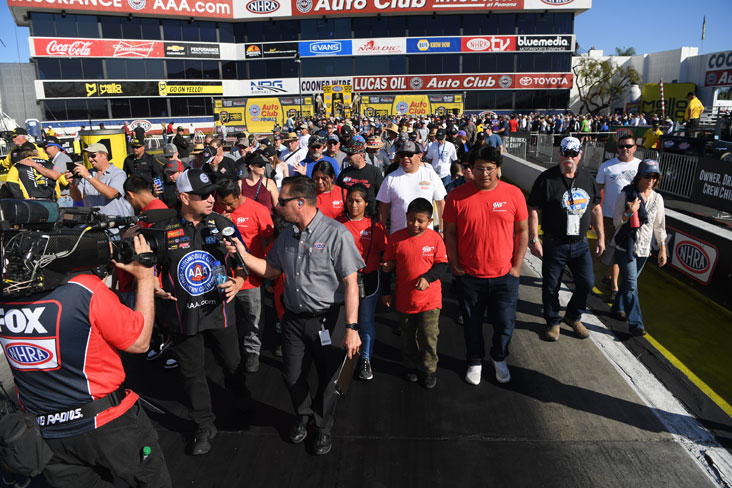 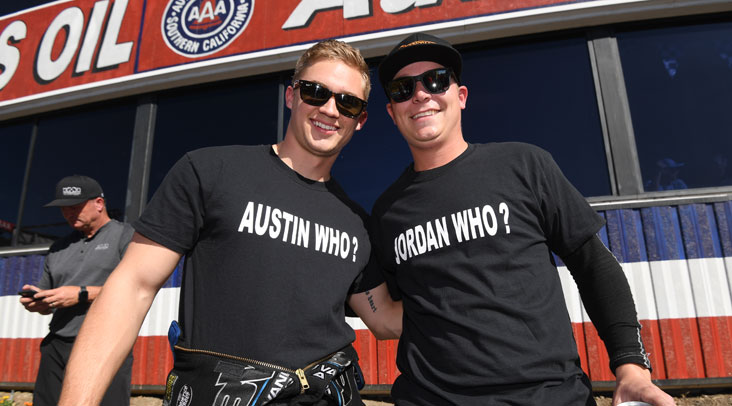 Auto Club Road to the Future award finalists Jordan Vandergriff, left, and Austin Prock have had an intense but friendly battle this year and showcased their good-natured competition with matching t-shirts. The winner of the award will be announced Monday night at the Mello Yello Awards Ceremony. 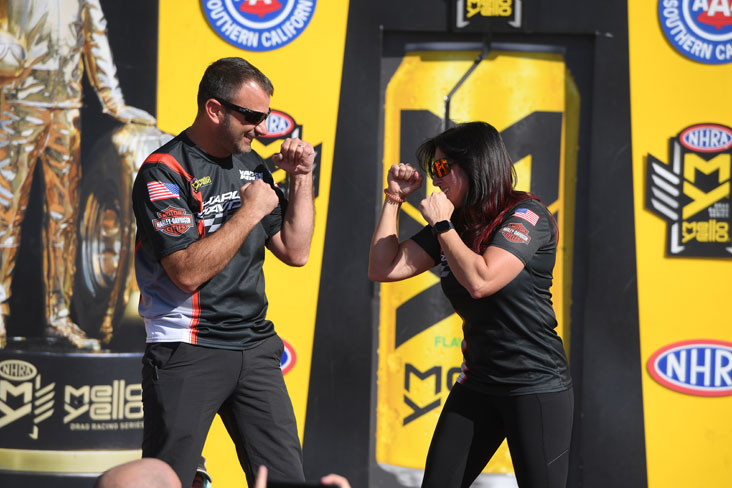 Harley-Davidson Pro Stock Motorcycle teammates Eddie Krawiec and Angelle Sampey got into the spirit of competition early before their first-round race, which went to Sampey. 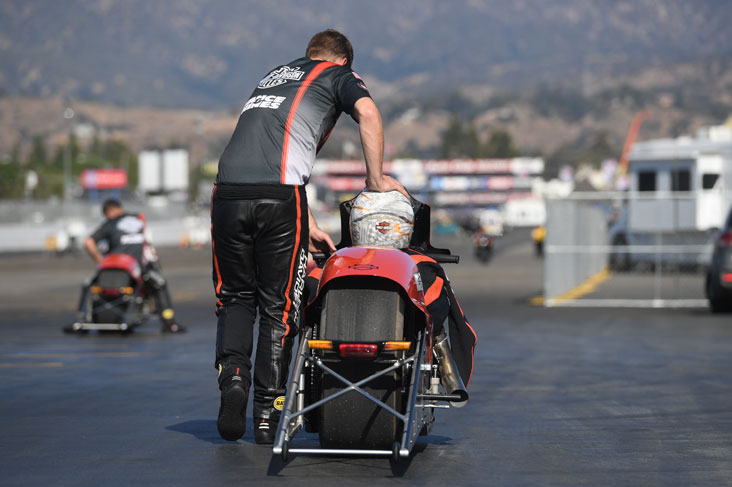 Andrew Hines was one dejected rider after fouling in round one and thinking his dreams of a sixth championship were over. Miraculously, they weren't [story]. 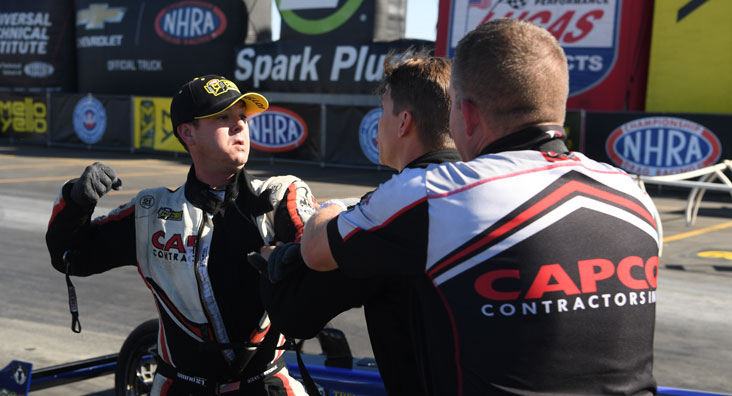 Steve Torrence, left, had a heated exchange with Cameron Ferre after their first-round race that almost came to blows [story]. 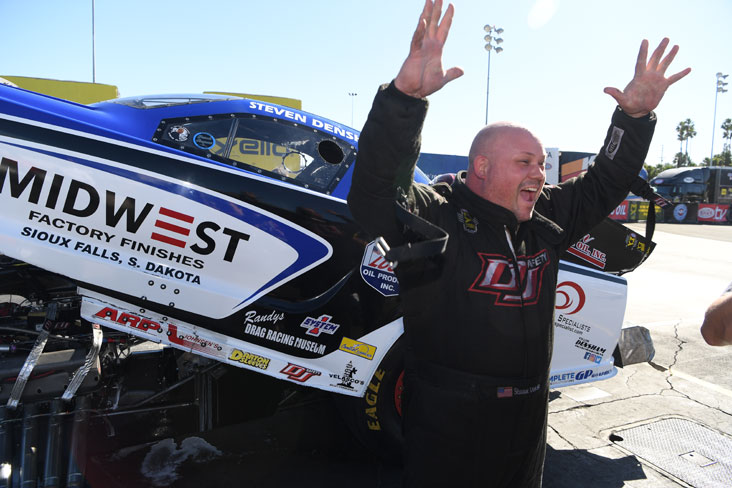 Steven Densham, son of Funny car veteran Gary Densham, scored his first career round win in just his second outing when he beat Tim Wilkerson in round one. 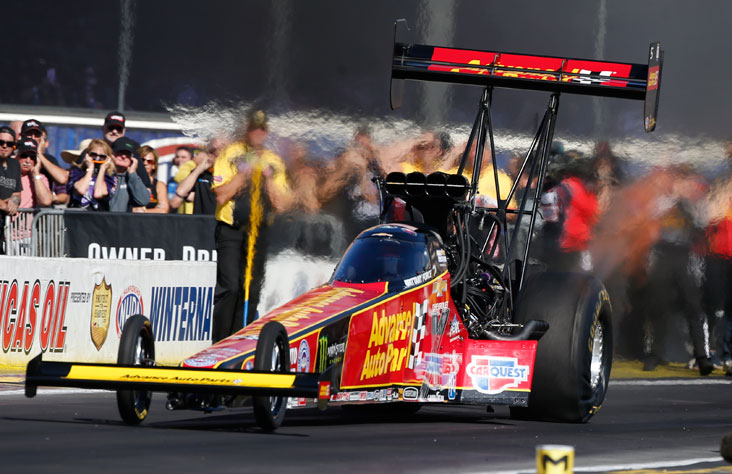 Brittany Force's road to a second Top Fuel world championship ended in the second round in a head-to-head battle with points leader Steve Torrence. 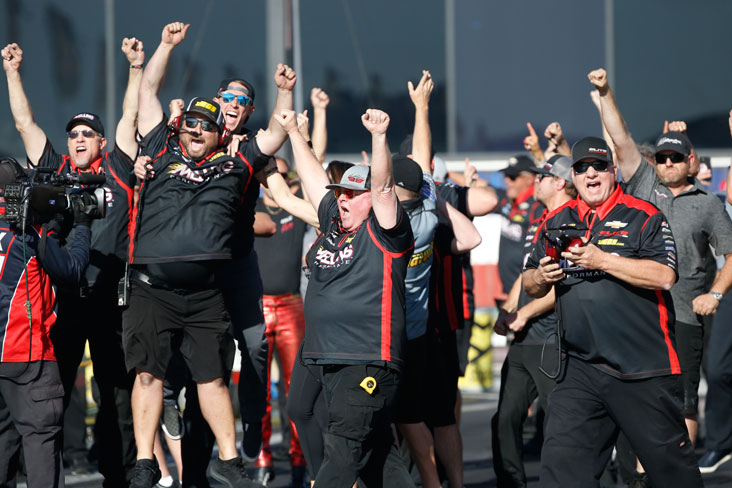 Erica Enders' crew celebrated her third Pro Stock season championship, which she clinched the title in the second round [story]. 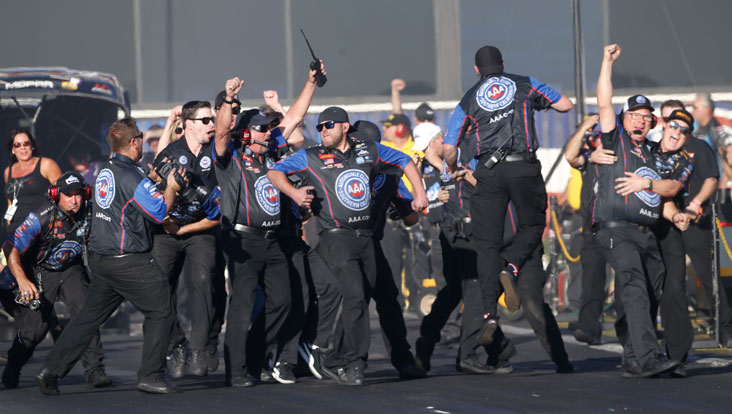 Crew chief Jimmy Prock, second from right, got a congratulatory hug from his son Austin after Robert Hight won his semifinal race with Matt Hagan, all but assuring them a third Funny Car championship. 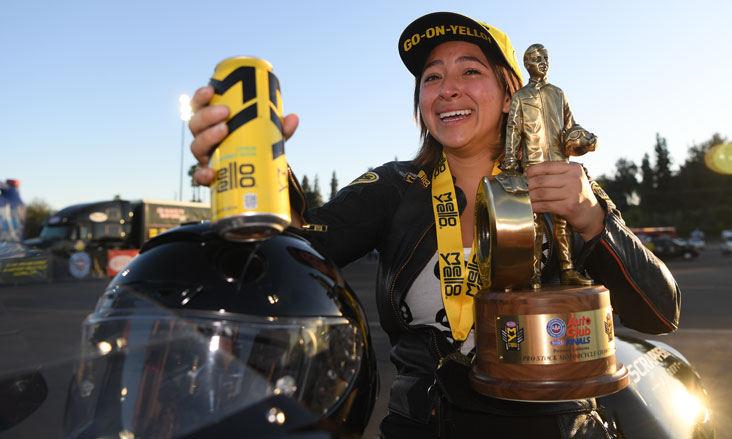 Jianna Salinas was overcome with emotion after a wild day of Pro Stock Motorcycle racing that saw her twice have a hand in deciding the season championship [story]. 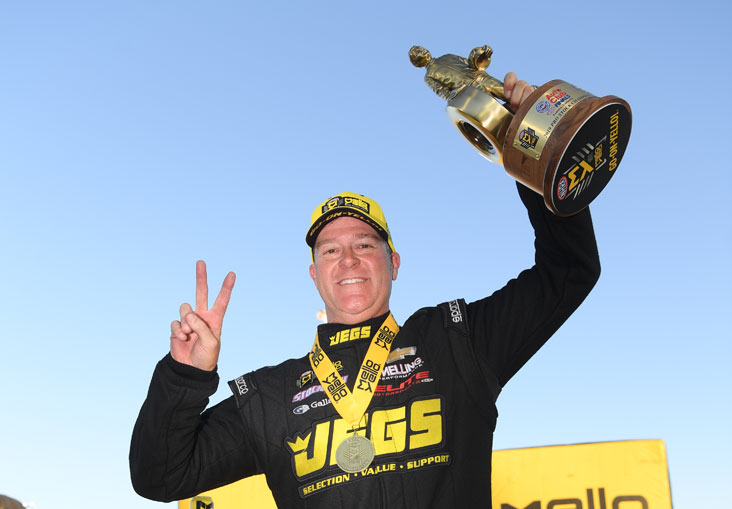 Jeg Coughlin Jr. didn't win the Pro Stock championship -- he finished second behind teammate Erica Enders -- but he did leave Pomona with another Wally to add to his collection [story]. 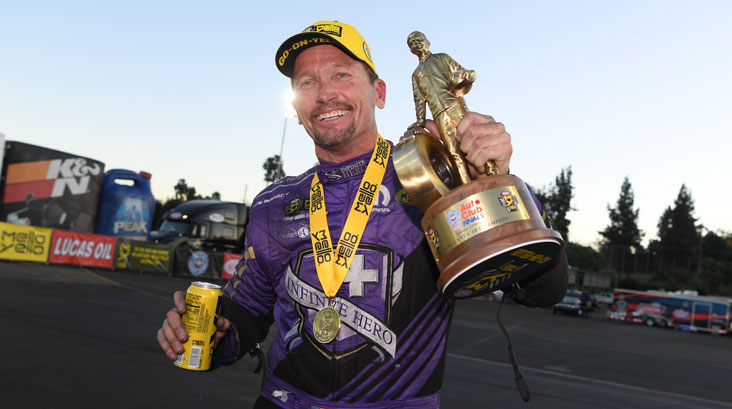 Southern California favorite Jack Beckman won at his Pomona hometrack for the first time in Funny Car, winning a weird final round. 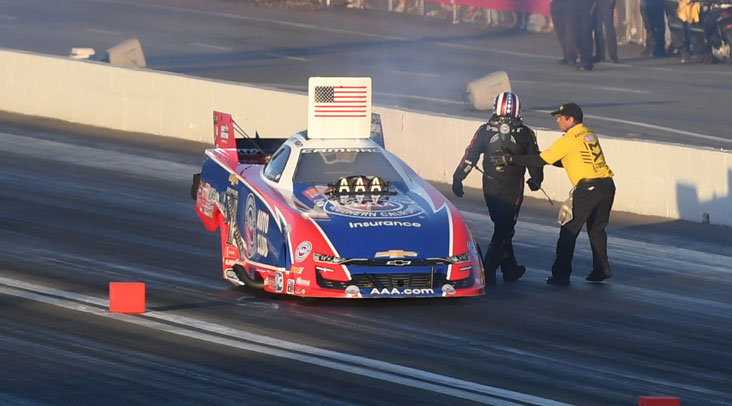 Beckman took an uncontested ride to the winner's circle after final-round opponent Robert Hight broke after a celebratory halftrack burnout. 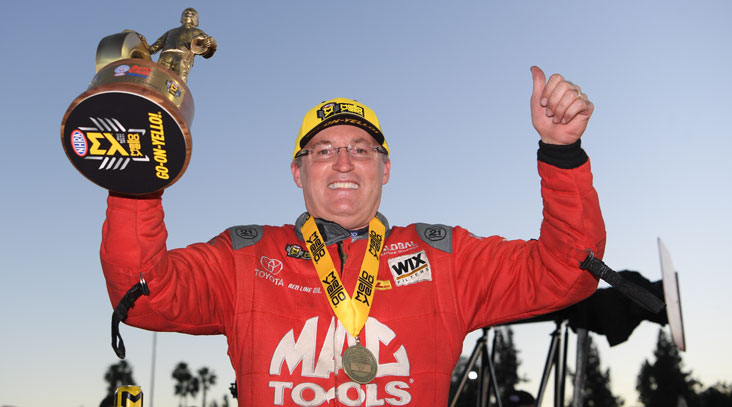 Doug Kalitta, who opened the season with a Top Fuel win in Pomona at the Winternationals, closed out the year with another Pomona win and came tantilizingly close to winning his first championship [story].