Audrey Worm made her bid for the Auto Club of Southern California Road to the Future Award in 2018 by competing in nine events. She came up short of that goal, as Bill Litton took home Rookie of the Year honors, but Worm and company gained a wealth of experience while bringing the Leverich Family Top Fuel dragster out to a third of the NHRA Mello Yello Drag Races.

That culminated in a career best 3.968-second pass at the Virginia NHRA Nationals in Richmond. She popped out of the Top Fuel dragster with an ear-to-ear grin, grabbed the time slip and proclaimed, “we’re going rounds tomorrow.” That didn’t come to fruition, but the electricity she brings to every race – no matter the results – is infectious.

She earned her first round win at the 2018 NGK Spark Plugs NHRA Four-Wide Nationals (or first round advancement, if you prefer – she raced in the second round, anyway) but the 3-second pass showed a true sign of progress for the part-time team. They are bannering Strutmasters for the first time at the NHRA Thunder Valley Nationals and Worm revealed she plans to become the owner of the Top Fuel team by the beginning of the 2020 season. That’s significant in any sport, as Worm joins a short list of women to hold ownership of a professional racing operation.

"[Team owner Gary Leverich] is looking to get back into the car and start driving again," said Worm. "So, my dad, husband and I are looking at buying a dragster that another team is cycling out and won't use anymore to start our own team. I started my LLC this week, Audrey Worm Racing LLC, and then we really have to start from scratch at that point."

Strutmasters is supplying a lot in terms of a tractor trailer and fuel -- things that will help Worm get from race to race. Her father, John, detailed the laundry list of things a new Top Fuel team needs; this is a process we saw unfold in Funny Car with Blake Alexander, though the Funny Car driver bought much of an existing operation. This will be a little different. 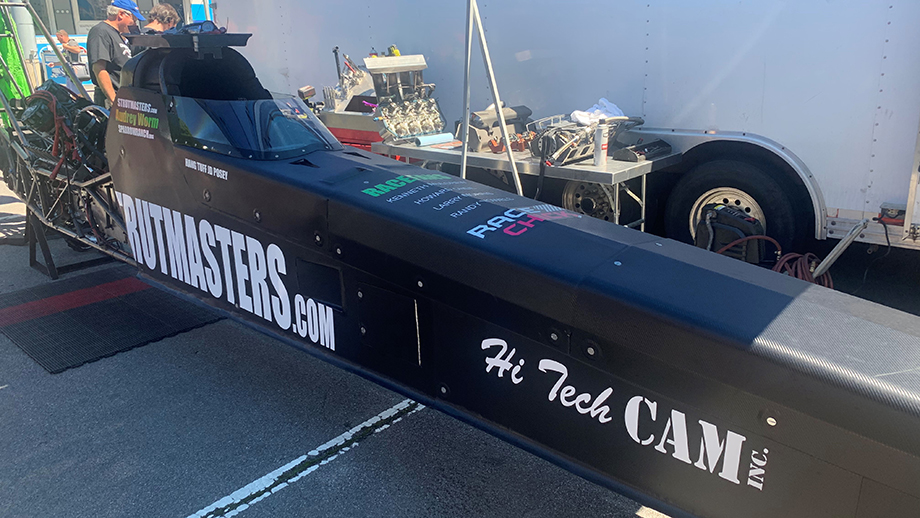 Worm is already among an elite group (Top Fuel racers) and a more select group (female Top Fuel racers), so the group will narrows even more with that next step in her NHRA Mello Yello Drag Racing journey. While this makes for a nice headline, it’s the on-track performance that will bring more joy to a team that desperately wants to contend for more round wins in the near future.

"Making that 3-second run has been so huge for us," said Worm. "Not only did it feel great for the team, but it just feels like that really changed everything in terms of people reaching out to us for sponsorship stuff so people could help us get out to races."

That’s become, at the very least, a more regular occurrence in 2019. Worm has qualified for all three races she’s attended to start the season and, barring a disaster, will qualify for the 16-car field at the NHRA Thunder Valley Nationals. That’s a step in the right direction after a smattering of DNQ’s littered her resume during her first two seasons.

This is, of course, all part of the progression of putting together a successful Top Fuel team; especially one that has been underfunded from jump street. Adding another sponsor to the portfolio, like Strutmasters, will only make it easier to qualify in the future. Or, one would hope.

For now, Worm is focused on the next result – while celebrating adding a new sponsor and building towards the future, just a little bit. That only seems fair.