The 50th annual Amalie Motor Oil NHRA Gatornationals is shaping up to be one of NHRA's most memorable events; here are some of the highlights from an action-packed Saturday.
16 Mar 2019
NHRA National Dragster staff
Race coverage

The 50th annual Amalie Motor Oil NHRA Gatornationals is shaping up to be one of NHRA's most memorable events; here are some of the highlights from an action-packed Saturday. 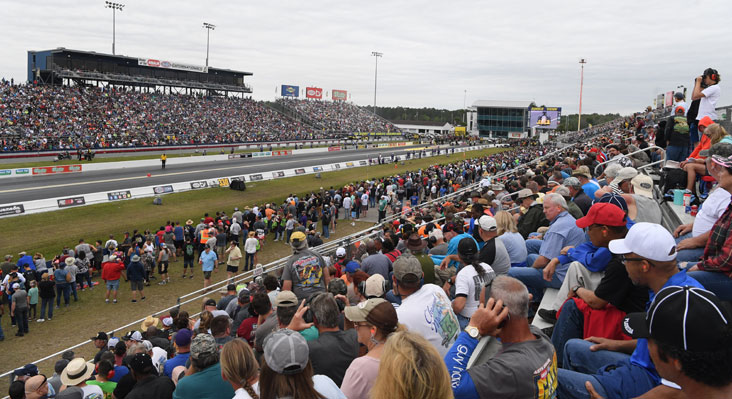 To suggest that Saturday's crowd in Gainesville was enormous would be an understatement. By midday, NHRA had announced a sell out of all reserved seats at Gainesville Raceway. 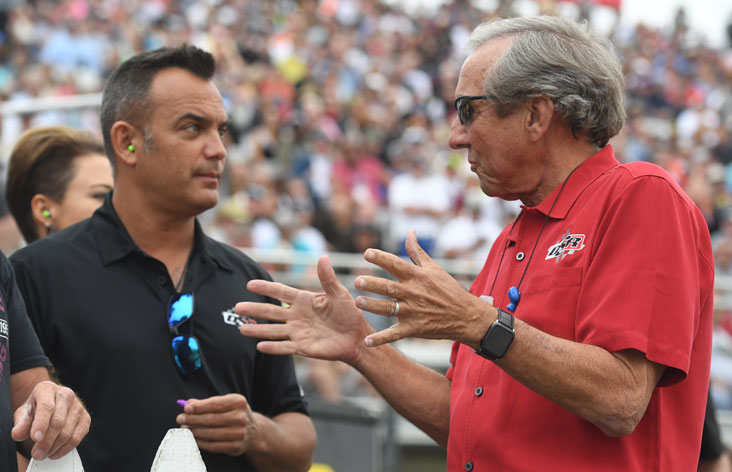 Tony Schumacher watched Saturday's qualifying along with his father, Don. The eight-time Top Fuel world champion is still working hard to put together a program that will have him back behind the wheel of a 330-mph dragster. 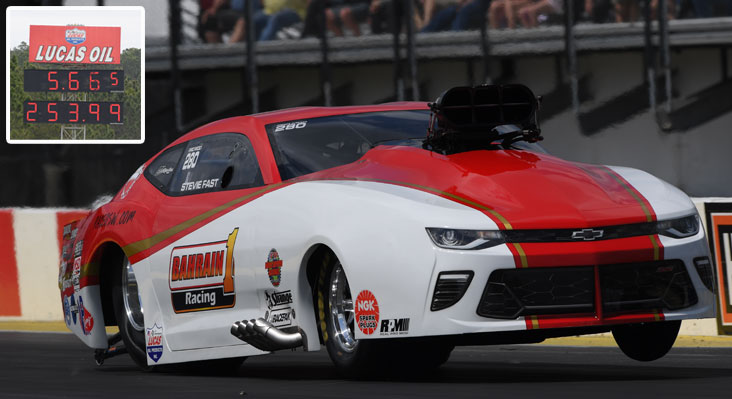 The Pro Mod elapsed time record fell during Saturday's qualifying rounds and to the surprise of many fans, it was a supercharged car that led the way. Bahrain1 driver "Stevie Fast" Jackson lived up to his nickname with a career-best 5.665 in his Camaro. 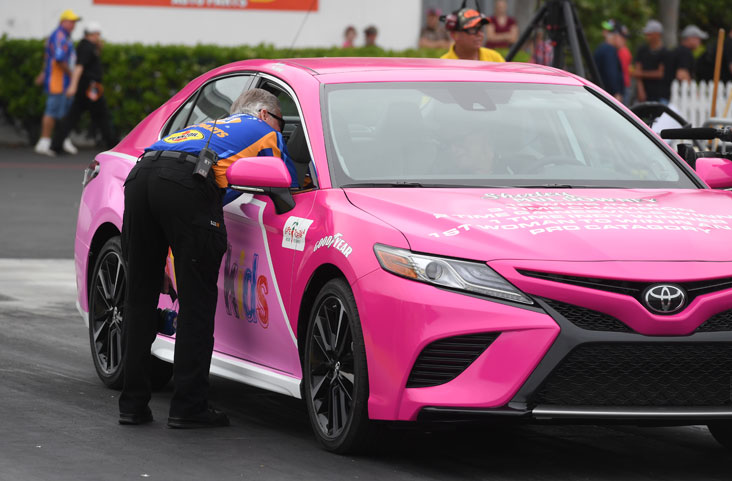 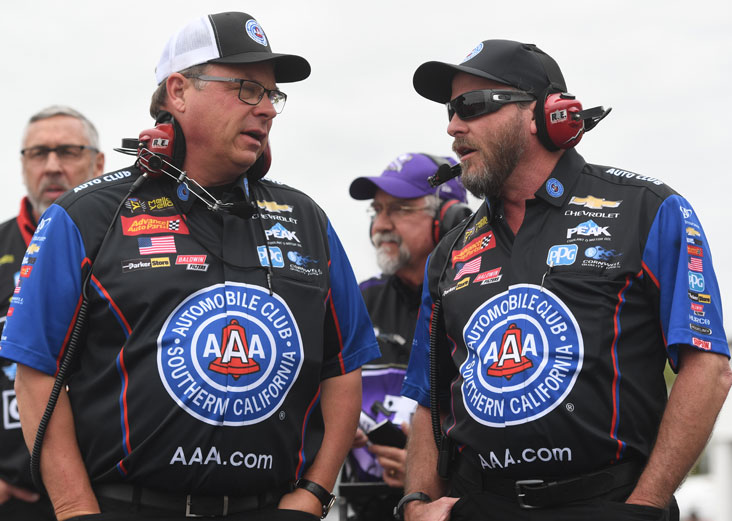 Jimmy Prock, left, and Chris Cunningham, the talented tuning duo behind two-time Funny Car champion Robert Hight's Auto Club Camaro, put their driver into the top spot for the third-straight race and the 63rd time in his career. 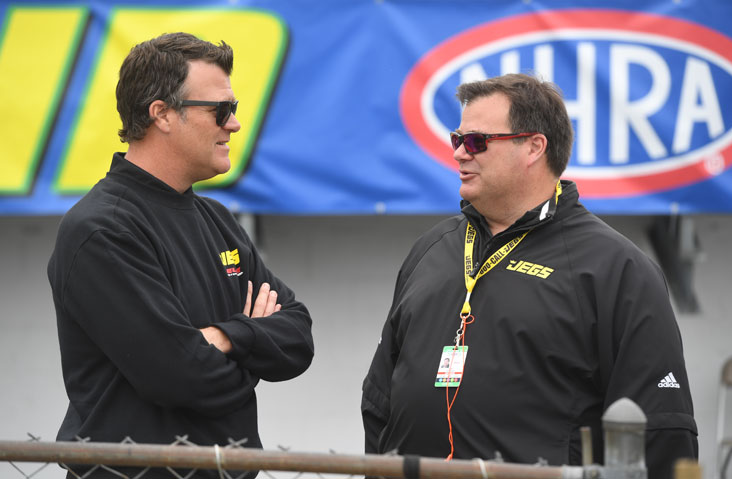 Five-time Pro Stock world champion Jeg Coughlin Jr., left, discussed strategy with his older brother, Troy, a two-time champion in the E3 Pro Mod series. The Coughlin family has combined for 123 NHRA national event victories. Troy is not competing this weekend but is on hand to cheer on his son, Troy Jr., who is racing in Top Alcohol Dragster. 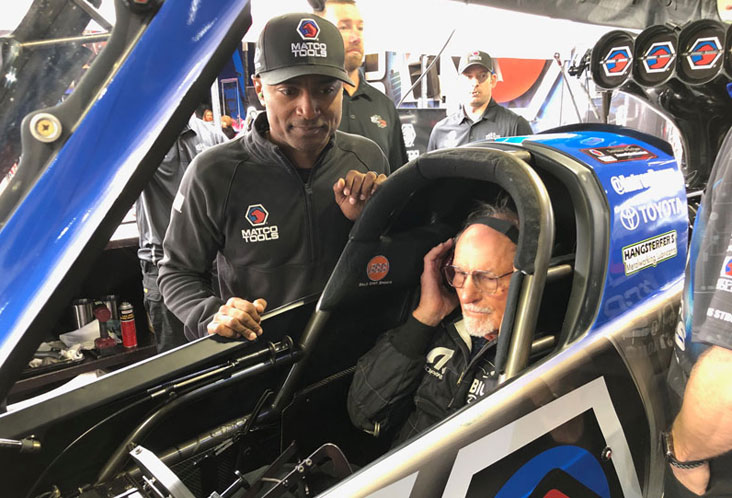 "Big Daddy" Don Garlits had a chance to get back into a 300-mph Top Fuel dragster when he warmed up Antron Brown's Matco Tools dragster before Saturday's opening round of qualifying. 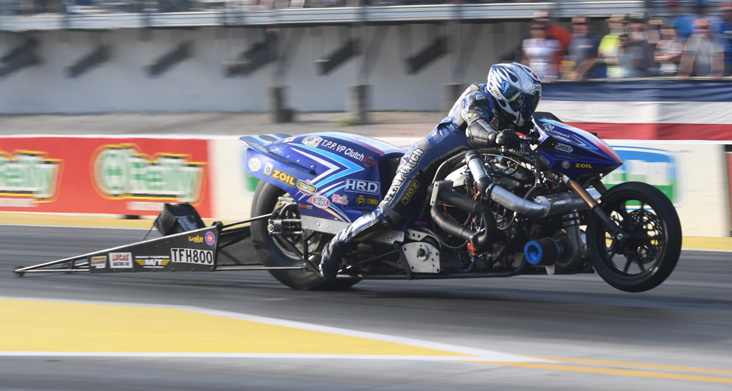 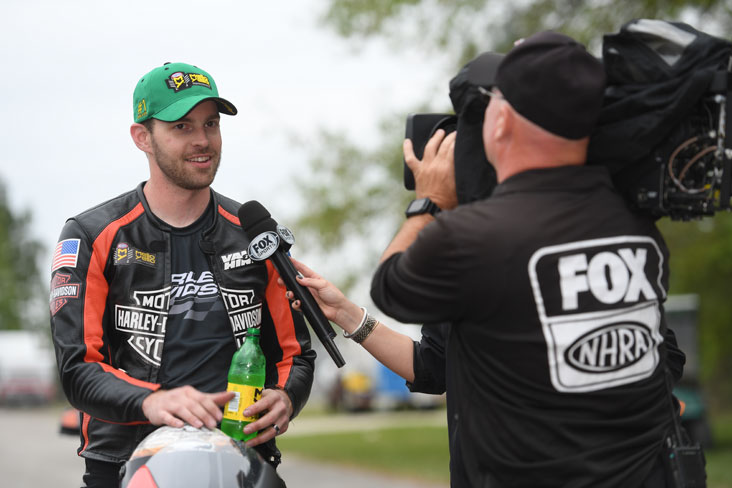 Andrew Hines tells the Fox Sports television audience how he rode his Screamin' Eagle Harley-Davidson to a career-best 6.720 to lead the Pro Stock Motorcycle field. 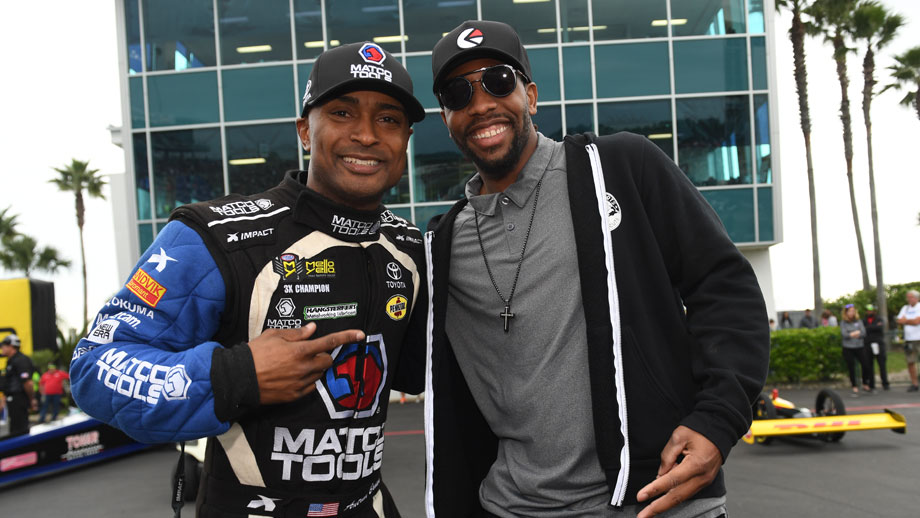 Three-time Top Fuel champ Antron Brown took some time out of his busy day to hang out with his longtime buddy, Supercross star Malcolm Stewart. 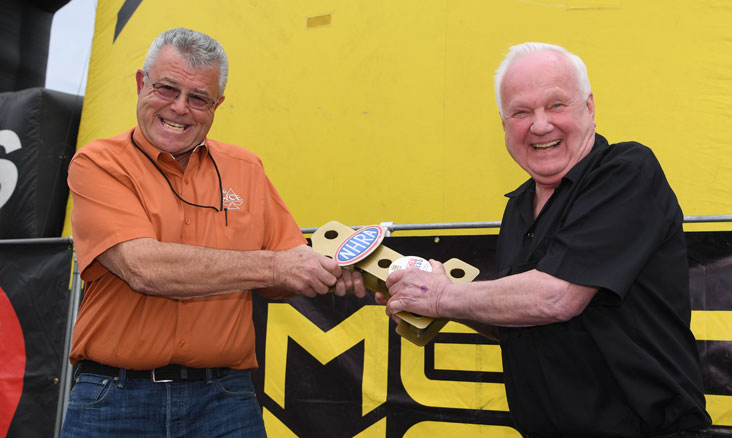 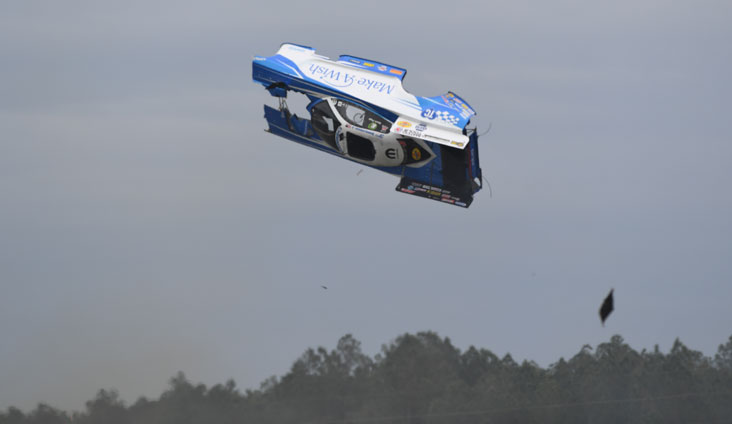 Tommy Johnson Jr. qualified solidly in the quick Funny Car field but it came with a big price tag. After running low elapsed time in Q3, Johnson suffered a body-launching engine explosion in Q4. The Make-A-Wish Dodge team also lost a pair of bodies in Phoenix.