So, where was Allison Doll when she found out she’d officially locked up the 2019 NHRA Lucas Oil Drag Racing Series Stock world championship?

“I was out in the yard, raking leaves,” Doll said, laughing.

Doll and her husband, Doug, the 2016 Comp world champ, were at their home in Massachusetts while more than 2,500 miles away in Las Vegas the title was being decided at the Dodge NHRA Nationals Presented By Pennzoil. For Doll, who is an integral part of her family-owned Port-A-Tree business, the pressure was more than she could bear.

“I had the lead, but Ryan Mangus and Slate Cummings could both catch me,” Doll said. “Doug wanted to watch [online streaming], but I didn’t. I felt like if I was watching, the guys who needed to win were going to win. I’m just superstitious that way. We watched the first two rounds, and then I said, ‘I can’t do this,’ so we went out in the yard to clean up the leaves. After a while, my phone started going crazy. One of the first texts was from [NHRA announcer] Alan Reinhart, and it said, ‘You are the champ.’ Then I got another from [Division 7 Director] Mike Rice. I went to find Doug in the woods, and there was a lot of screaming and yelling.” 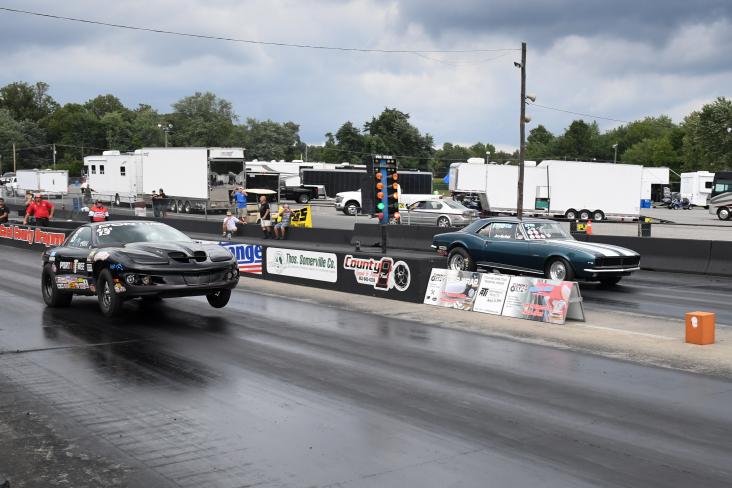 The celebration for Doll was more than justified after a record-breaking season that included a perfect scorecard of five divisional wins, coupled with two solid quarterfinals in national event competition. The end result was an impressive 689-point score that was more than 50 points better than championship runner-up and Division 1 rival Joe Santangelo. Perfect seasons don’t happen often. In fact, the only other Sportsman racer to accomplish the feat was 1992 Stock champ Don Little.

“The championship is still sinking in,” she said. “It’s funny because I started the year with a broken race car. At the first race, we had a broken Optispark, which is the distributor on an LT1 engine. We changed everything ignition related before we found the problem. That was the [Division 1 opener] in Richmond, and I managed to go to the fourth round. I felt good about that, but it was really nothing special. It definitely wasn’t the way we wanted to start the year.”

Doll followed with a round-three finish a few weeks later at Maple Grove Raceway and then ventured to Route 66 Raceway near Chicago for the JEGS Allstars event, which resulted in a round-one loss. At that point, she had no reason to think a championship of any kind was in the cards.

“Chicago hates me,” Doll said. “Some tracks are just bad, and that’s one of them for me. After we got home from Chicago, I won in Numidia [Pa.], and we looked at the points, and Joe Santangelo was way ahead. He’d already won a couple of races, and his divisional score was impressive. I remember that Doug and I said to each other, ‘This would be a good start if Joe wasn’t doing so well. ’” 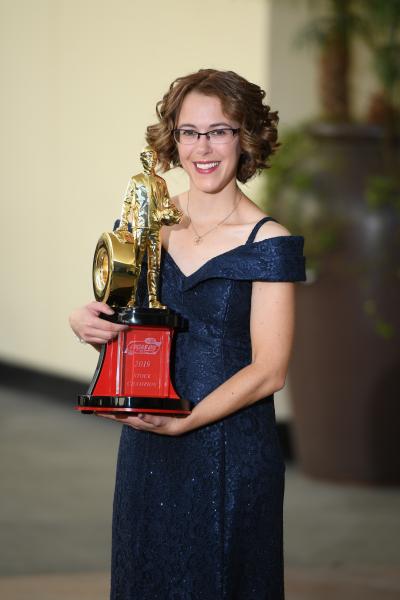 Doll’s 2019 campaign didn’t get kicked into high gear until August when she won the rain-delayed Lebanon Valley Dragway event and then added a third divisional win at Cecil County Dragway. At that point, Doll allowed herself to think about winning the Northeast Division title, but a possible world championship was another matter entirely.

“I had two good races in a row and then came the Epping race, and I lost a heads-up run in the first round,” Doll said. “That’s been a problem for me. I have to try and play the ladder game to avoid them, and sometimes it’s just hard to do. We went to Atco [Dragway], and the car ran great in time trials, but it fell apart in eliminations. I still don’t know what happened because I threw out all the time slips. At that point, we needed another win, at the very least, just to be in the game.”

What Doll got was three more wins late in the season at Lucas Oil Series events at Cecil County Dragway, Virginia Motorsports Park, and the title clincher at Rockingham Dragway in mid-October. In between, Doll boosted her score with a quarterfinal win at the Reading national event, which ultimately was enough to clinch the title. Doll believes it’s hardly a coincidence that the best season of her career came on the heels of her marriage to Doug in November 2018.

“Doug has given me the confidence that I could do this,” Doll said. “He told me I was driving well but just needed to be in the right place at the right time. I’ve lost the division by one point and two points in consecutive years, so I know it’s not over till it’s over. It’s so easy to think negatively, and he doesn’t think that way. That made a big difference.” 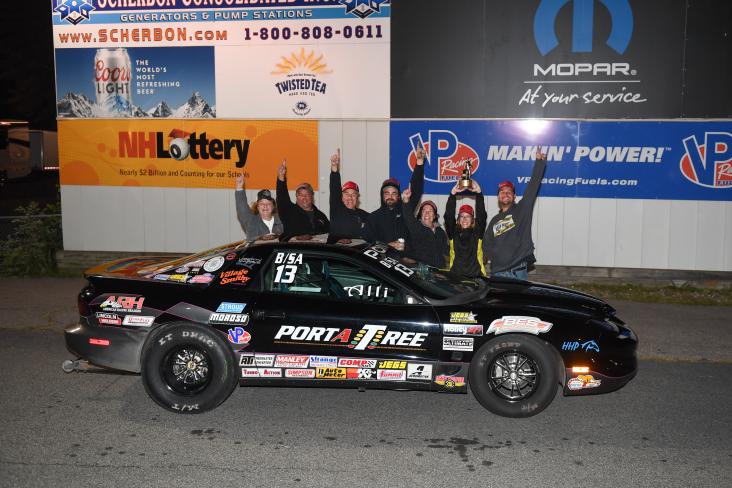