Despite what you might have heard or read elsewhere, Bo Butner never used the word “retire” when he announced his 2019 racing plans. He shared his thoughts behind his offseason decision to forge ahead in Pro Stock.
06 Mar 2019
Kevin McKenna, NHRA National Dragster Senior Editor
Behind the Visor

Despite what you might have heard or read elsewhere, Bo Butner never used the word “retire” when he announced his 2019 racing plans. Last October, Butner did say he was stepping away from the Pro Stock class in order to focus on family, business, and his Sportsman racing program. Less than 30 days later, the 2017 NHRA Mello Yello Drag Racing Series champ had a change of heart and announced his return to the KB team. After opening the 2019 season with a resounding victory in Pomona, Butner certainly appears to have made a wise decision. He shared his thoughts on his decision and his future plans in a recent issue of National Dragster.

To me, being retired is when you go to one or two races a year as a spectator, so no, I was never going to retire. I’m not ready for that. Not now and, hopefully, not for a long time. Yes, I did say, however, that I was going to take a break from Pro Stock. We even put out a press release that said I wasn’t going to be racing in Pro Stock this year, and by now, you all know how that turned out. I’m not generally an indecisive person, so let me explain what happened.

As most of you probably know, I help run Jim Butner Auto Sales, our family owned and operated auto dealership in Southern Indiana. My late father, Jim, started the business more than 50 years ago, and I help run it now along with my mother, Dottie, and my oldest son, J.B. When I’m not racing, I’m usually either at an auction buying cars or home in Indiana selling them. My fiancée, Randi Lynn, and I also run the Nitro Fish apparel trailer that goes to all the NHRA races. I’m always on the go, and it seems like there’s never enough hours in the day to get everything done.

I started to give it some real serious thought last year and decided it didn’t make sense to continue racing in Pro Stock. I’m about to welcome my first grandbaby in April, and I don’t plan on missing it. I have four kids, and I missed a lot with them because I was always on the road. I’m trying to change a few things in my life and spending more time with the family is a big one. So, my plan was to race in Factory Stock, build a small-tire car, and just race when I wanted to. I also like to be pushed and to be driven, so there was also a desire to try something different, so that’s why I said I was going to get out of Pro Stock.

Then, a couple of things happened. 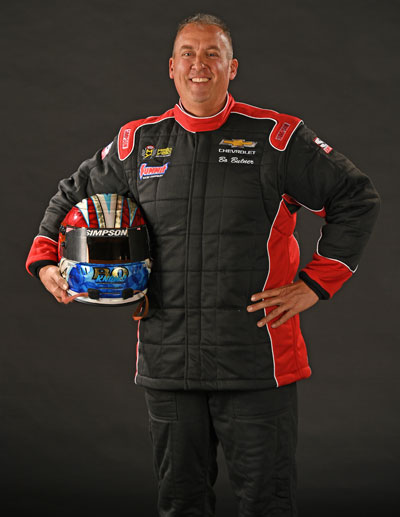 First, NHRA confirmed that they were going to go with an 18-race schedule for Pro Stock this year, but the straw that broke the camel’s back, so to speak, was my mother. She’s 81 years old and doesn’t come to a lot of races, but she came to Pomona for the [Auto Club] Finals, and we were sitting in the golf cart, and she said, “Are you sure we should quit? I think we need to stay out here.” That instantly made me question what we were doing.

I went home and spoke to my son, J.B., to make sure he was OK with it. He told me as long as I kept our lot full of cars he’d take care of the rest. I also talked to [team owner] Ken Black. I felt like the KB guys didn’t want me to leave, but I wanted to make sure it was OK to come back. I’d always told them I wouldn’t race Pro Stock with anyone else. Ken told me that I had a home with them forever. They whole team has made me feel more like family than a renter. That was big.

I also talked to Randi Lynn, and she supports me no matter what, and I had a talk with Fernando [Cuadra] because he is also racing with the KB team again this year. He was going to drive the white Camaro that I drove last year. I wanted to make sure he was cool with me coming back, and he was. When I added it all up, it seemed like it was meant to be.

Some of you may also have heard that my brother, Jim, passed away at the end of January. To be honest, I wasn’t even sure if I should go to Pomona or not. We had a memorial service that Monday [Feb. 4], and then it was off to Pomona. I made good hit on the first run, and it felt just like it used to. We have a great team, and it showed by winning the first race of the year. I think we’ll be in the mix for the championship all season, but it won’t be easy because I think any of the top 12 or 13 cars will have a fighting chance.

I still plan on racing in Factory Stock with my new Cobra Jet, and we’re putting an aluminum Hemi and a ProCharger on my Cobalt to race Outlaw and No Prep races. I wouldn’t be able to do any of that if we still had 24 races in Pro Stock. If you look at the size of the field and the competition in Pomona, I think it was a good call to shorten the schedule to 18 races. It certainly works well with my busy schedule.