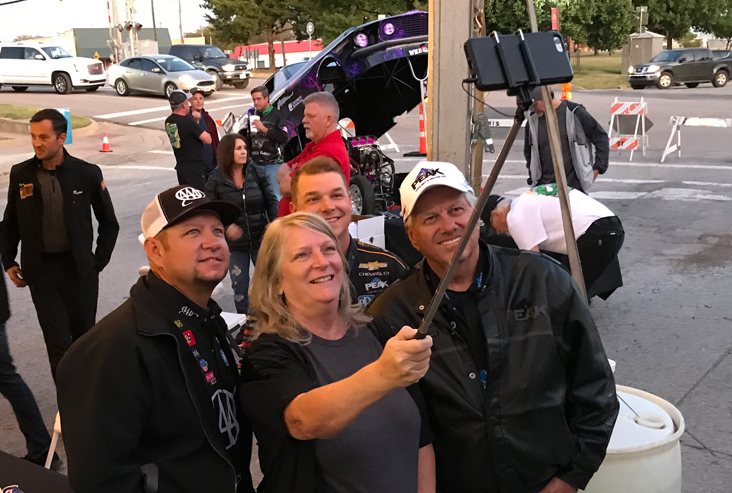 Texas Motorplex hosted the Pre-Stage FanFest in Ennis on Thursday, allowing fans to interact with the stars of the NHRA before the start of the AAA Texas NHRA FallNationals. 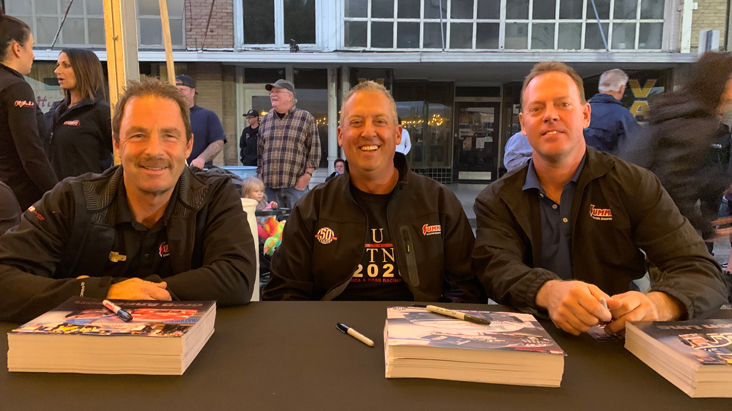 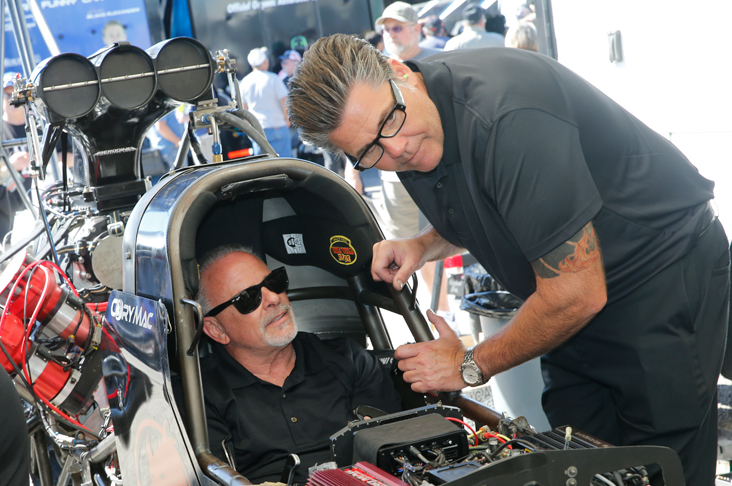 Cory McClenathan is kicking off what is probably the final three events of his Top Fuel career before retiring at season's end. He consulted with co-crew chief Tony Shortall prior to their first run. 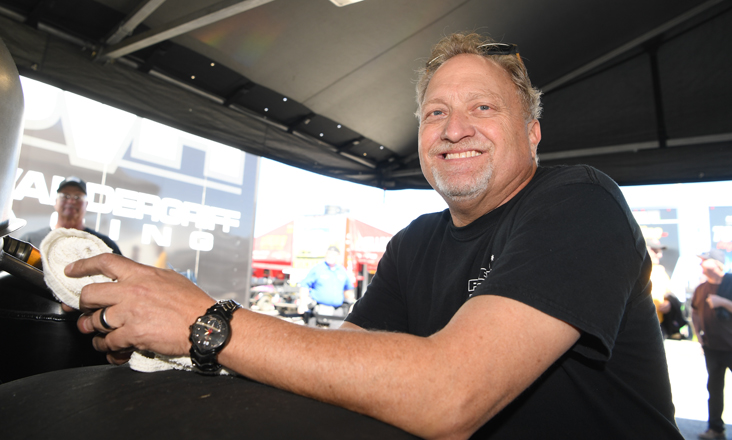 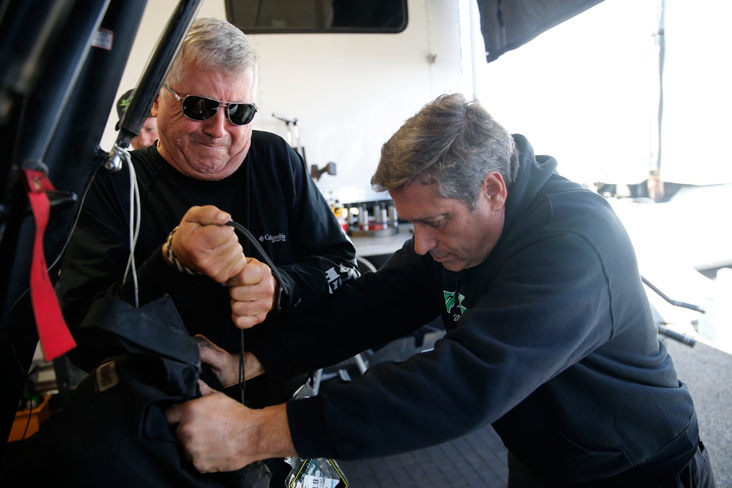 Team owner Roger Hennen applied the muscle to assist his driver, Kebin Kinsley, in packing the parachutes on the Hennen Motorsports Top Fueler. 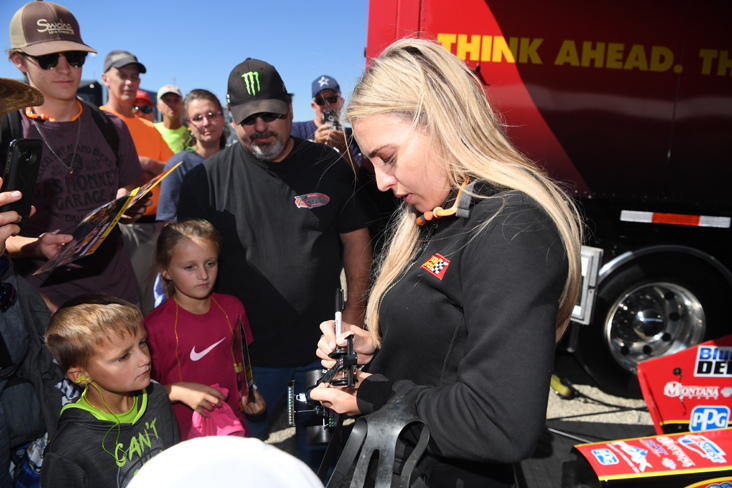 2017 Top Fuel world champ Brittany Force signed autographs for some of her younger fans prior to Q1. 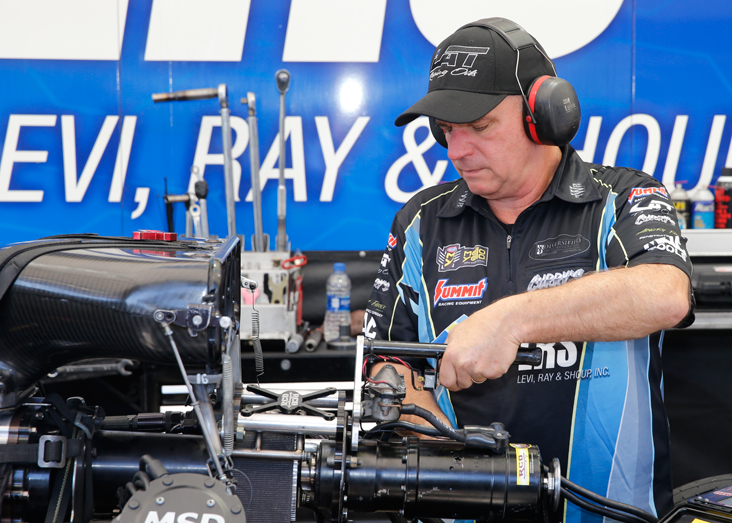 Tim Wilkerson put the tune to his Levi, Ray & Shoup Mustang before his opening shot in Funny Car qualifying.

Nitro doesn't just affect the fans. Even hardcore drivers like Top Fuel wheelman Shawn Reed occasionally get a hefty whiff of the fumes. 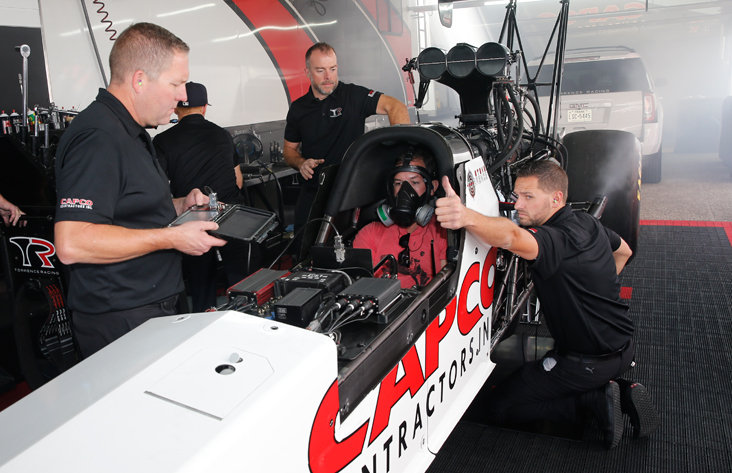 Crewmember Gary Pritchett gives driver Steve Torrence the thumbs up as they warm up the points-leading Capco dragster. 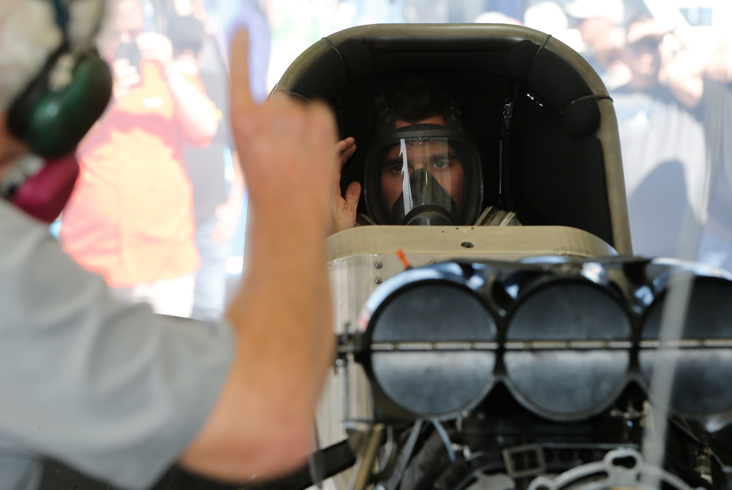 Jonnie Lindberg and owner/tuner Jim Head hope that they'll be No. 1 after Funny Car qualifying is complete. 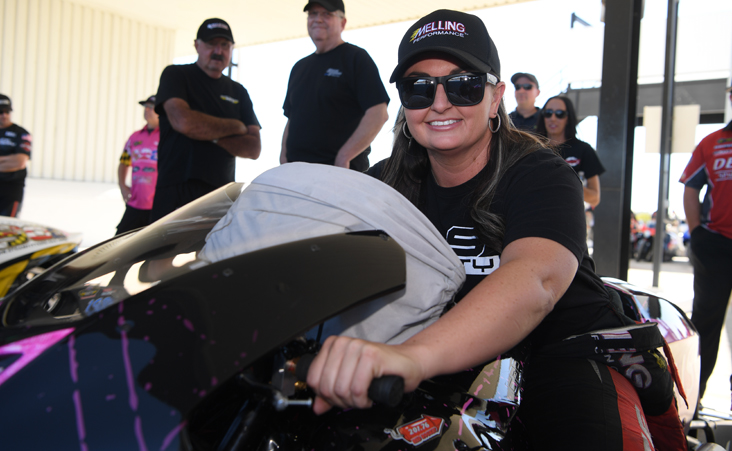 And this is how rumors get started ... 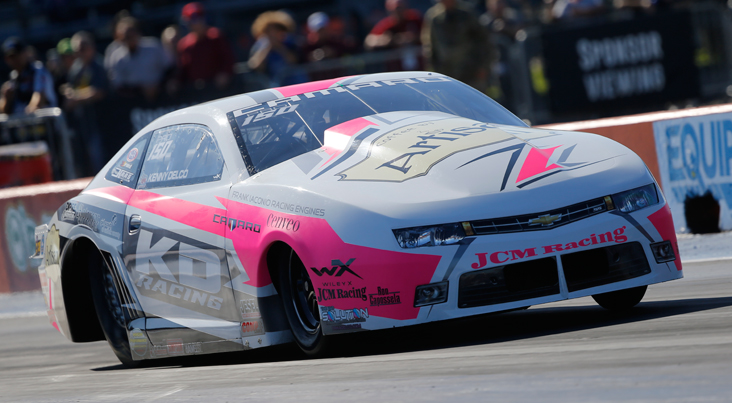 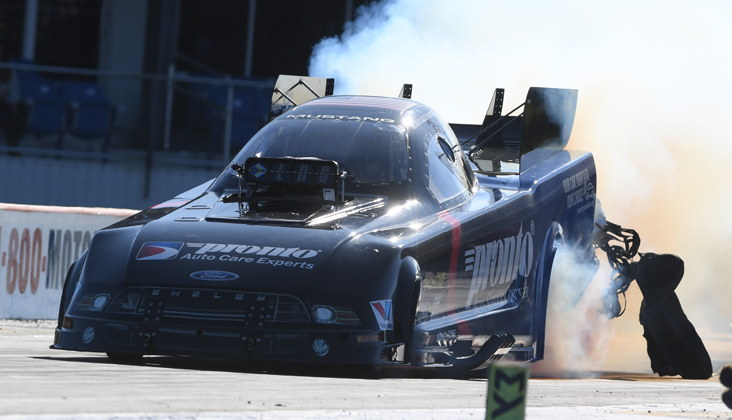 Blake Alexander's first burnout of qualifying went awry when the throttle stop came loose, leading to a blower backfire and parachute deployment, but he rebounded with a stout 3.92 in the evening session.

Alcohol Dragster veteran Lee Callaway made his Top Fuel debut a memorable one, running 3.808 in Scott Palmer's dragster in Q1. 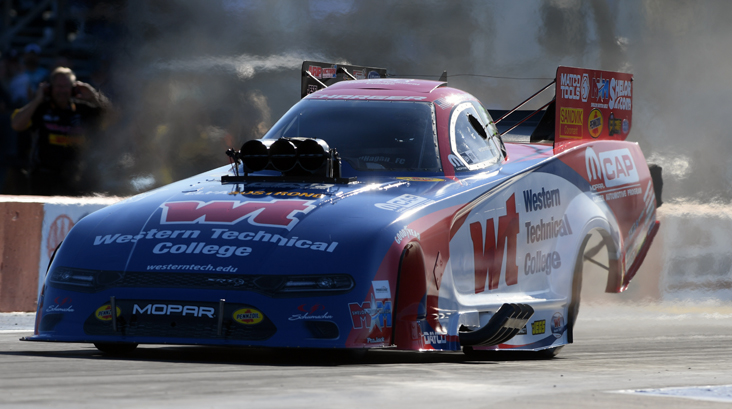 Matt Hagan's Dodge Charger Hellcat is sporting the colors of Western Technical College, which is based in El Paso, Texas. This is the first time the college has undertaken a racing sponsorship. The wrap, which also features the Mopar Career Automotive Program (CAP) logo, is designed to draw attention to the need for training qualified automotive technicians. 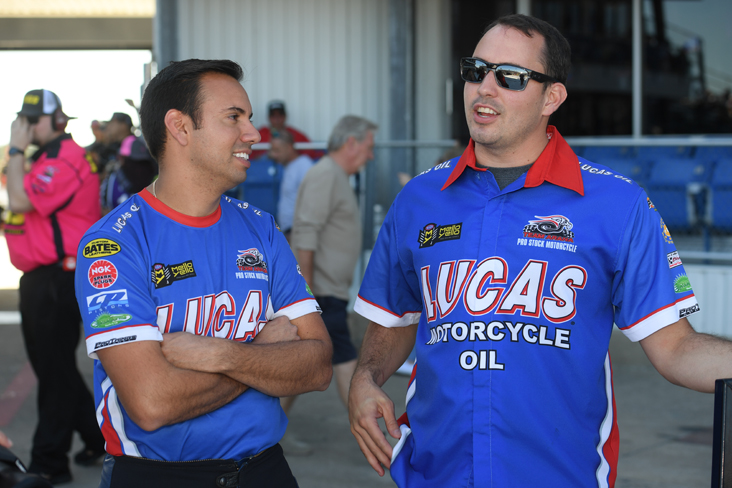 Hector Arana Jr. was joined on the starting line by his brother, Adam, a former Pro Stock Motorcycle rider himself from a few seasons ago. 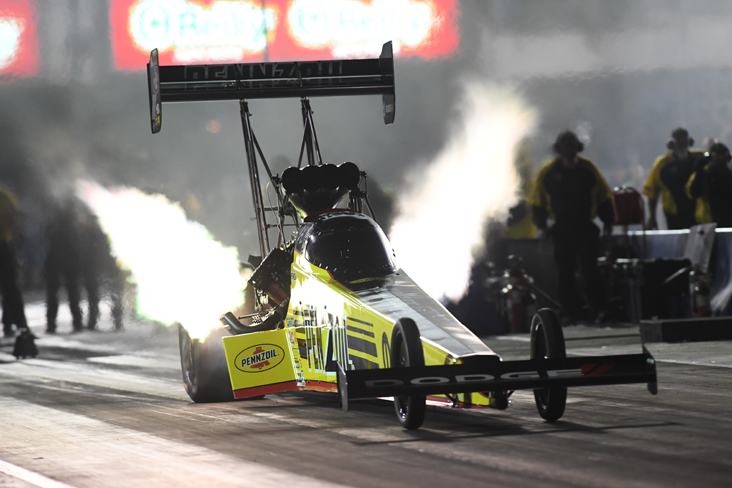 Nighttime qualifying is always a spectacle and Leah Pritchett took advantage of the cool conditions to set a new Top Fuel speed record of 332 mph in her Pennzoil dragster.

Flame-throwing jet dragsters closed the snow with Ralph Snider and the War Dance and Ray Kelly in the Game Exchange wowing the Motorplex fans.