The entire Top Fuel field will try to chase down Steve Torrence and the Capco Contractors team as the 2018 champ attempts to make even more history following a historic run to his first title.
29 Jan 2019
Jacob Sundstrom, NHRA National Dragster Associate Editor
Feature

Steve Torrence enters the 2019 season on a 24-round winning streak. The Capco Contractors team could easily be called The Untouchables because of what the group did during the Countdown to the Championship. I don’t buy that winning a second championship is harder than winning a first, but given the motivation Torrence had in 2018, well, we’re all curious to see what he’ll pull on for 2019.

If there’s one thing he certainly can draw from, it’s a shot at history. That’s what the Texan talked about as he chased six straight wins in the Countdown. If he wins the first two events of the season, he’ll break Tony Schumacher’s record for most consecutive round-wins (31). Nothing would make the Capco Kid happier than snatching a record from one of his biggest rivals.

Well, except using that as a springboard to chase down a second straight title, perhaps. Two things should frighten Top Fuel racers from Don Schumacher Racing all the way down: First, the entire team returns. Second, the class made few moves to challenge Torrence’s reign. If someone comes for the king, well, they best not miss.

In a word: Yes. Bobby Lagana returned. Richard Hogan returned. This is not a single-car team. This is not a mom-and-pop operation (well, it is, but it’s sort of like if your mom and pop owned 7-Eleven, not a liquor store). Don’t let Torrence woo you with talk of “going up against billionaire’s row.”

Jim Dunn has a great quote that applies here:

“I never felt like an underdog when I went to the starting line,” Dunn added. “I had every part they had. I just didn’t have the crew, or a pretty trailer, or a fancy truck. But my race car always has and always will have anything it wants, or I’ll quit. It’s like Prudhomme said to me one time, ‘I’m getting tired of hearing this underdog. You’ve got everything that I’ve got. You’ve just got one of them.’ I said, ‘That’s right, it’s brand new when I race you. I may not be back next round, but I’m a killer son of a gun in this round.’ ”

The difference? Torrence has a pretty trailer and a fancy truck. He has the same number of parts as DSR and Kalitta, and he will be back next round. There’s no doubt Torrence enters Pomona as the favorite — and it would be shocking if he doesn’t enter the Countdown as the favorite, too. Yes, even if he isn’t the No. 1 seed. 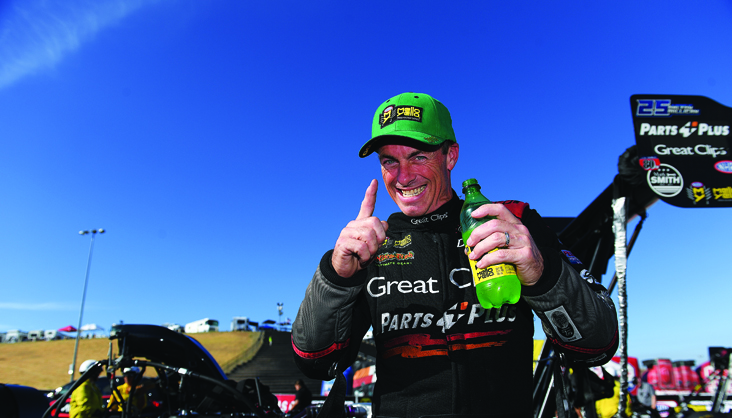 If not Torrence, then who?

Clay Millican had a terrific season in 2018, but a huge part of that was crew chief Dave Grubnic, who is now with Brittany Force. I’m not convinced Mike Kloeber, with a brand-new team, is going to be able to bring that kind of success to the Parts Plus team quickly enough to make Millican a contender.

That leaves 2017 champion Force, who actually performed quite well in the Countdown despite the results not going her way. Grubnic is, meaning no disrespect to him, a downgrade from Alan Johnson (literally everyone is a downgrade from Alan Johnson, I’m sorry). With that said, this is a great opportunity for Grubnic to show what he’s got with a bigger budget and a driver of a similar caliber in terms of reaction-time average. If Grubnic can get that car humming by Reading, anything can happen — it’s just going to be tough if Torrence and company never miss a beat.

The wild card in all this is Mike Salinas. That car struggled toward the end of last season but showed flashes of brilliance. That makes sense, because it was getting some input from Johnson but not a full tuning package. With Johnson taking over a larger role (as seen by Brian Husen in the building), it’s very possible the San Jose, Calif., native takes a shot at a championship. I see that as a bit of a long shot, but the dude has the best stuff and his driving has improved — so, who knows?

Will the veterans bounce back?

The top three winningest (active) Top Fuel racers each won once in 2018. That’s Tony Schumacher, Antron Brown, and Doug Kalitta. I’m not convinced Brown and Kalitta are in a great place heading into 2019. The two finished sixth and ninth, respectively, and very little of that had to do with their driving.

Brown placed first in reaction-time average, and Kalitta finished second, and neither driver turned on the red-light. They remain two of the best drivers in the business, but the fortunes of their teams (Matco and Mac Tools, respectively) have been on downward slides. That came after back-to-back championships for Brown in 2015 and 2016 and a great year for Kalitta in 2017 (at least in terms of points). Brown lost longtime crew chief Corradi in 2017, but it’s hard to put a finger on what’s gone wrong with Kalitta.

Frankly, the entire dragster operation at Kalitta Motorsports took a step back in 2018. Richie Crampton, another phenomenal driver, missed the Countdown despite racing a full season. Both dragsters struggled with consistency — an area begging for improvement if either want to contend for a championship in 2019. New racer Jordan Vandergriff joins the fray in 2019, and while he isn’t racing for a championship, he will be snatching round-wins. If these veterans want to stay in the hunt, they’ll need to pick up performance. 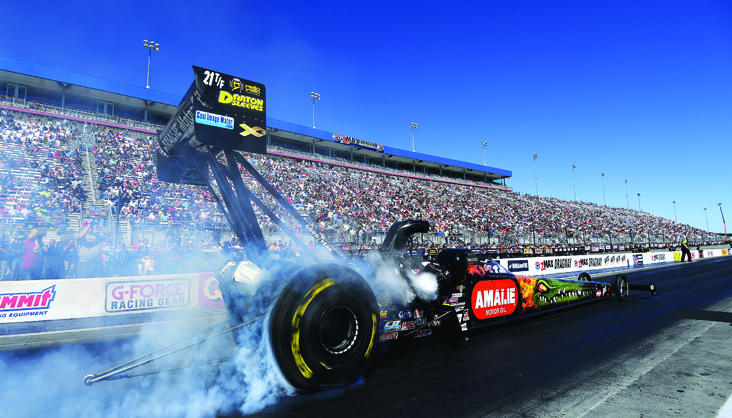 Will Palmer and McMillen step up?

Things have progressed quite nicely for Scott Palmer and Terry McMillen over the past two years. The independent racers made the Countdown to the Championship in each of the past two years, and McMillen won the Chevrolet Performance U.S. Nationals in 2018. But in each season, the racers finished toward the bottom of the table.

Both spoke about slow and steady improvement throughout the process of stepping up their programs, which may mean now is the time for them to move up the table. That begins with a good start to the season. Palmer is as well-funded as he has ever been, and a partnership with Torrence and Capco Contractors doesn’t hurt. McMillen made great strides toward the Countdown in 2018 and crew chief Rob Wendland has put together a fabulous crew on the Amalie Motor Oil dragster.

With some of the big teams looking more vulnerable than they did the past two years, there just might be an opportunity for smaller-spending teams to move up the table in 2019.