There will be just 12 races to qualify for the Countdown to the Championship in 2019, and another six for the playoffs, meaning there are no mulligans for racers in Pro Stock.
28 Jan 2019
Kevin McKenna, NHRA National Dragster Senior Editor
Feature

The NHRA Pro Stock class, where races are routinely decided by thousandths of a second, has always afforded a near-zero margin for error. That basic tenant figures to be even more accurate in 2019, when the NHRA Mello Yello Drag Racing Series champion will be based on an 18-race schedule, shortened from 24 events in years past. Having just 12 races to qualify for the Countdown to the Championship, and another six for the playoffs, means that there are no mulligans for racers in Pro Stock.

The vote was far from unanimous, but for the most part, Pro Stock drivers were supportive of the shortened schedule. The 18-race schedule is expected to reduce costs and provide a time savings, especially for those racers who operate non-racing businesses. For the record, the last time the NHRA schedule featured just 18 events was 1994, when Dodge factory drivers Darrell Alderman and the late Scott Geoffrion finished first and second in the points standings. 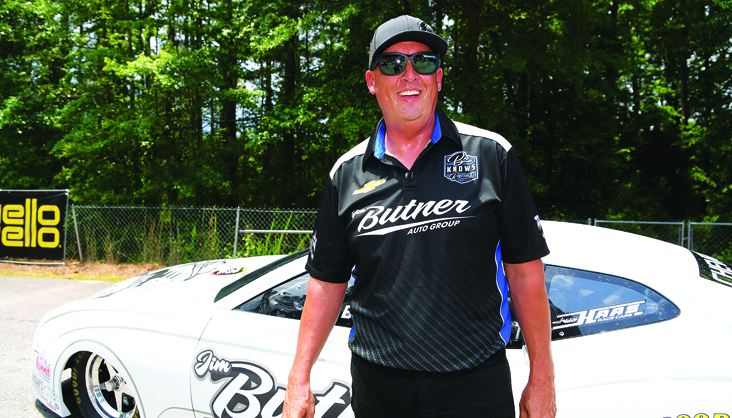 How will the 18-race schedule affect competition?

Most Pro Stock drivers  agree the short schedule should help improve the overall level of competition in Pro Stock. Car counts are expected to increase and more than a dozen drivers have already committed to the full schedule, so the battle to make the top 10 should be intense. A number of drivers, including former Mello Yello Pro Stock champ Bo Butner, Matt Hartford, and Chris McGaha, are now committed to racing in all 18 events. Fernando Cuadra and Rodger Brogdon have also reportedly expanded their efforts to include all 18 events, and it’s not likely that any of them would have been willing to commit to 24 races.

Fewer races means fewer opportunities to recover from mistakes, and that’s crucial in a class where many races are decided via driver reaction time. The drivers who make the Countdown to the Championship are likely to be the ones who have the fewest first- or second-round losses on their scorecard. At the risk of overstating the obvious, an abbreviated schedule also affords teams more time to devote to research and development and testing, so it’s likely to benefit the teams that have the manpower and the budget to do so. 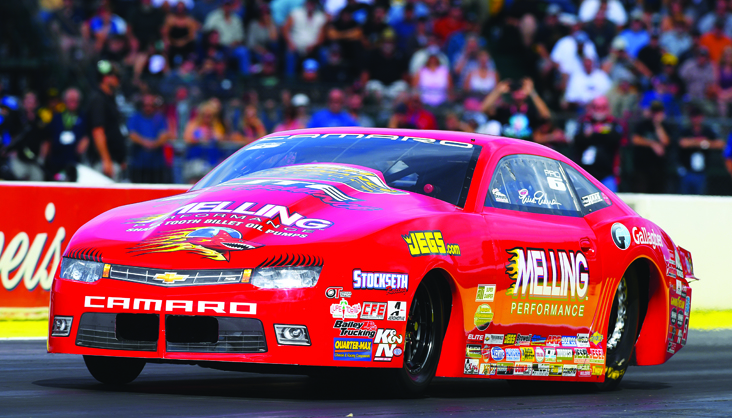 Who is the championship favorite?

This much is certain: Reigning Mello Yello Pro Stock champ Tanner Gray will not defend his 2018 championship. Shortly before clinching the title, Gray announced he was going to step away from drag racing and return to circle track events this season. Gray’s absence leaves the door open for a number of leading contenders, including Jeg Coughlin Jr., Erica Enders, Greg Anderson, Jason Line, and Butner, all of whom have multiple NHRA titles to their credit. From that group, Coughlin and Enders likely rate a slim edge over the competition.

The Elite team was much improved in 2018, with Coughlin winning three events en route to a second-place finish. Enders appeared in seven final rounds and scored one win. Coughlin and Enders also combined for an impressive 71-44 record in elimination rounds and claimed the top spot in qualifying a combined seven times. The Elite team began testing shortly after the start of the new year, so they figure to hit the ground running in Pomona.

The KB team has a long history of winning championships, so it would not be a big surprise to see any of their drivers go the distance, but at this point, the most likely candidate would appear to be Butner, who was originally going to leave the class but changed his mind after the 18-race schedule was announced. 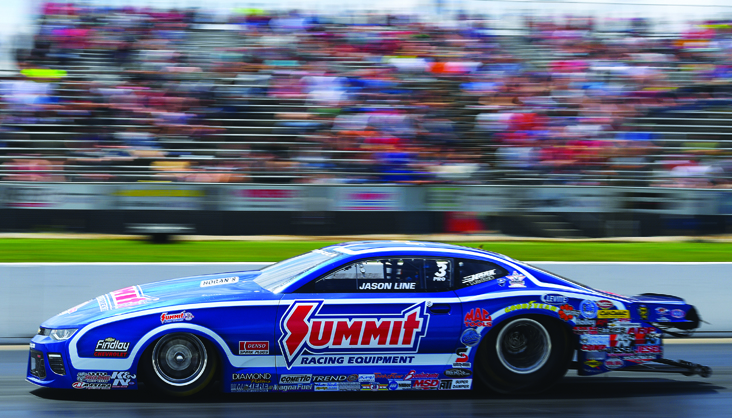 Can the Summit team return to past glory?

In 2016, the year that fuel injection came to the Pro Stock class, the KB team dominated the competition after drivers Anderson and Line combined to win 16 of 24 events. A year later, Anderson and Line won six titles in 14 finals, but the 2018 season was not nearly as kind to the dynamic duo. While teammates Butner and Deric Kramer each won two events, Anderson and Line each won only once and finished fifth and seventh, respectively, in the standings.

Anderson was the No. 1 qualifier nine times last year, and he was ranked in the bottom half of the field just twice, so horsepower doesn’t appear to be an issue. Ditto for Line, who made the quick half of the field in all but three events. Losing Gray Motorsports will surely make things easier on the Summit team, but that doesn’t mean there is a lack of quality competition, including their own teammates, Butner, Kramer, and Cuadra. 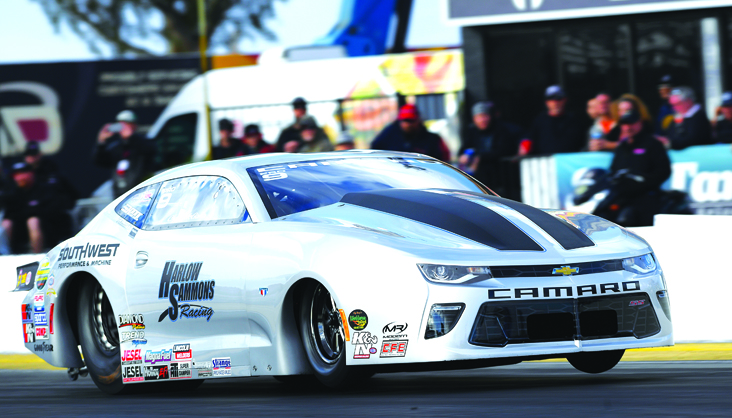 Who else figures to be in the mix?

Last year, Gray claimed the championship by winning eight races in 11 final rounds, but that doesn’t mean the class lacked parity. In fact, there were 10 different winners, including first-timers Kramer and Hartford. Given that sort of equality, and the unpredictable nature of the six-race Countdown, it’s difficult to pick a champion, but two drivers who could shake up the standings are Kramer and McGaha. For the first time in his career, Kramer had competitive horsepower in his KB-powered American Ethanol Camaro and both he and crew chief Michael Hiner made the most of it with a pair of wins and a solid top-10 finish. During the first half of the season, Kramer’s driving was on par with almost any other driver in the class with multiple holeshot victories.

McGaha also won two races in his Harlow Sammons Camaro, including the Epping event, where he earned the dubious distinction of winning all four rounds with a slower car than his opponent. That win was an anomaly because McGaha can often run at the front of the pack. As much as anyone else in the class, McGaha is able to control his own destiny because he builds his own engines and has a very limited engine leasing/customer program. The three-month window between the end of the 2018 season and the 2019 opener in Pomona is a hectic time for Pro Stock teams who work feverishly to find even the smallest horsepower gain. Assuming a productive off-season, McGaha could find himself in a position to surprise a few people.