A behind-the-scenes look at the circumstances leading to the creation of Don Garlits' sidewinder Top Fueler, and other wild machines created by the brothers Sage, as well as a farewell to influential chassis builder Roy Fjastad.
09 Mar 2018
Phil Burgess, NHRA National Dragster Editor
DRAGSTER Insider 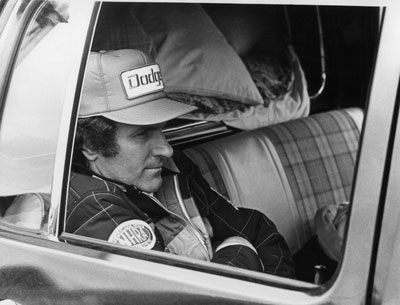 Reaction to last week’s column on the Swamp Rat 27 sidewinder was, quite predictably, strong and loud. “Big Daddy” is such a seminal figure in our sport and in our lives that I reckon I could write a whole column about him taking a nap and have people falling all over themselves about it. He’s that good and that interesting.

Among those that I heard from was Chuck Sage, who with brother Mike built the all-important gearbox for the car. He let me in on the backstory to the development of their sidewinder idea and a number of their other machines before and after. 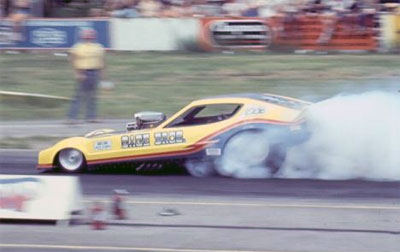 We started working on the sidewinder concept in earnest after Mike crashed our BB/FC at National Trail Raceway around 1979,” he said. “His right knee had to be fused because of significant damage, but his desire to continue driving a Funny Car led to the rear engine sidewinder layout. Working on the prototype led to interest from a local tractor puller and SCS Gearbox was born.”

[Phil note: I had originally included mention of Russ Camp as the “C” in the SCS but Sage reports that although Camp drove their BB/FC for one season the “C” was actually Steve Callaghan, out of whose garage the business initially was run.] 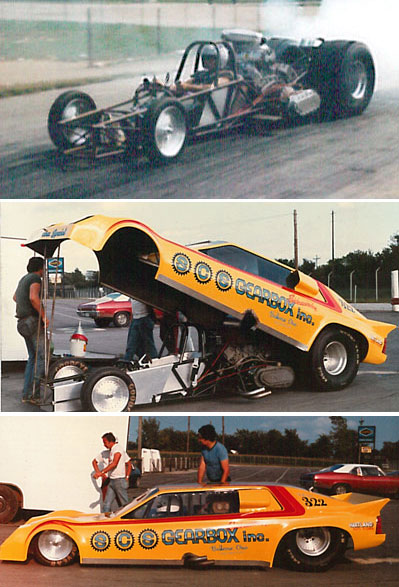 “We ran our prototype sidewinder in both Funny Car and dragster configuration. Even with a rookie driver (me), we ran 7.0 at just under 200 mph. This performance was identical to our conventional Funny Car. We were weekend match racers, not NHRA competitive, but this gave us solid hope for future development. We knew that all of our gears would have extra horsepower losses but expected to overcome it by launching much harder. It is a proven fact that the engine torque evenly plants both rear tires.

“We heard stories that some of the early sidewinder were evil handling. (Our uncle, Bill Tibboles, started racing in the mid-‘50s so he personally knew many of the sport’s early pioneers. I think he made it to the Top Gas finals one year with his inline twin when the ‘Big Go’ was in Detroit). We felt the main reason was the wide rear track width due to the engine and bellhousing being placed between the rear tires. Our arrangement eliminated that tendency and the prototype always went arrow straight.

“We built an NHRA-legal BB/FC with a highly modified Omni body, and we planned to run at Indy in 1981. Unfortunately, we broke the crank in late August, destroying our only engine and doing extensive damage to the body, as well. All subsequent effort went into the Garlits project." 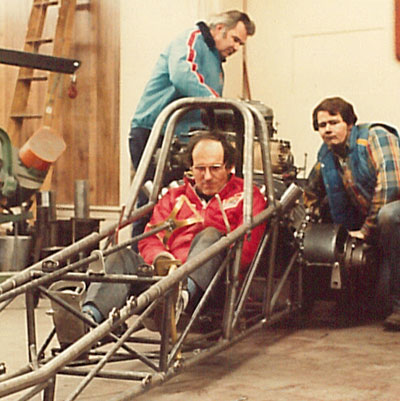 As I  mentioned last week, the basic chassis was actually built in the Sage brothers' shop in Ohio, with Garlits and his crew coming into finish and configure everything. Chuck sent me the photo at right (well, all of the photos you see here) which shows him, kneeling right, and the aforementioned Uncle Bill, watching Garlits as he tests out the cockpit of the revolutionary racer. You can see that the engine and gearboxes are all in place and ready to go.

Even though the car did not revolutionize the class as all had hoped, the lessons they learned about parasitic loss through the gears were carried forward by Mike into his next project. 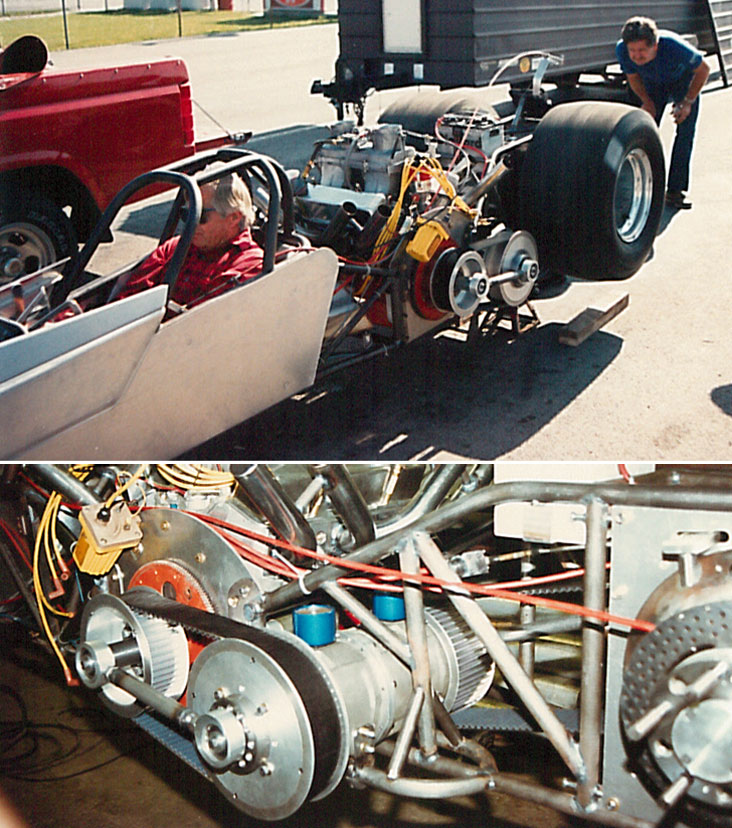 “Sometime in the late ‘80s after I left the business, Mike built a belt drive sidewinder for a guy in Texas (I think). Both gear boxes were replaced by belts. The bellhousing and clutch were concentric to the rear axle! VERY innovative. That way both belts (engine to trans and trans to clutch/rear axle) were always in motion when the engine was running. The Texas guy was going to run a normally aspirated engine so we knew the blower-type belts would be strong enough. We ran the car locally with good results before shipping it south. Unfortunately, I never heard any more about it."

Mike also ran this wild machine, the Dietzel & Sage Alcohol Dragster, which featured twin Pontiac engines and actually ran into the 6.20s at more than 230 mph in the early 1990s. 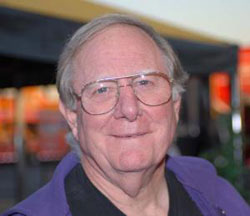 We’ve all heard of the Five Stages of Grief (denial, anger, bargaining, depression and acceptance), right? Well, legendary chassis builder Don Long, with tongue firmly planted in cheek, shared with me what he calls Eight Phases of a Sidewinder and/or Streamliner Dragster project:

After such a sage observation, I asked how many times he’d been through the process. His answer was just as funny:

“I will confess to being part of phase one in the past but it only took a simple analysis of the trade-offs to reveal phases two and three.”

Long is a wonderfully engaging character with lots of insight. Check out the interview I did with him a few years ago concerning the front-to rear-engine dragster transition. 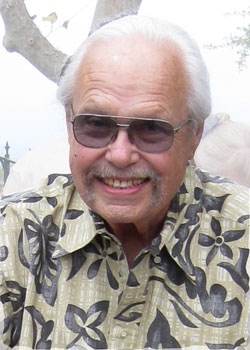 Speaking of streamliners, I received word earlier this week of the passing of Roy Fjastad, who built the Lisa & Rossi “wedge” streamliner dubbed the Flying Doorstop, that I wrote about a few years ago.

Fjastad was a hot rodder’s hot rodder. Over a 60-plus year career, he had his hands in everything from drag racing to Bonneville to street rods. Fjastad died Feb. 26. He was 82.

Drag racing fans know Fjastad because of his prolific chassis-building enterprise, Speed Products Engineering, which built a reported 225 race cars, with an A-list group of clients that included John Wiebe, Larry Dixon Sr., and Don” The Beachcomber” Johnson, and other landmark cars like the Howard Cam Rattler and Ray Godman’s “Tennessee Bo Weevil.”

Fjastad reportedly learned to weld while employed at a sliding door company and began building race car chassis in his garage for friends in the early 1960s. His work caught the eye of Scotty Fenn, who hired him to work at his prolific Chassis Research race car factory for two years.

The Lisa & Rossi car stands out not only for its innovative (though not copied) shape but for its prowess. Billy Tidwell set the national record in the car in July 1972 at Lions at 239.64 mph, and Danny Ongais upped that mark to 243.24 at that year's Supernationals at Ontario Motor Speedway for the first 240-plus-mph national record.

“It’s one of the most interesting cars I ever got to do,” Fjastad said in a recent interview. “It was my idea to do the body like a boat on the bottom so the air wouldn’t get trapped. That car ran 10 mph faster than everybody else for a whole year—you know why? No wing. Tom Hanna did the body for me. I convinced a customer this would work, but he ran out of money and sold it to Rossi. It was so successful, I don’t know why others didn’t adopt the ideas.” 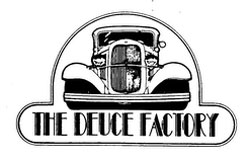 Fjastad closed his race car shop in the mid-1970s and opened the Deuce Factory to build street rod components, most notably reproduction ’32 Ford frame rails. He later sold the Deuce Factory to his son, Carl, and started Full Bore Race Products to market his take on the Dzus fastener (replacing the slotted head with an Allen-wrench head) and other components and tools for hardcore racers.

Rjastad’s long love of the salt included a campaigning a number of cars, including a modified roadster, a streamliner, a rear-engined roadster, and a Pontiac Firebird that earned him membership in the 200 MPH Club. 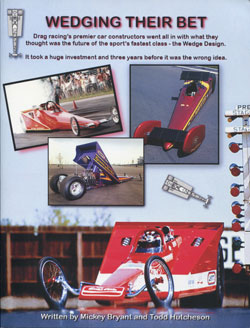 And speaking of the Lisa & Rossi car and wedge dragsters, I received a copy of a new book, Wedging Their Bet, authored by Mickey Bryant and Todd Hutcheson that covers that brief but interesting era of Top Fuel racing, which I also covered in detail in the summer of 2010.

The duo, who previously chronicled the switch from front- to rear-engined dragsters in a two-book offering called Don Garlits R.E.D., takes a look at all of the known wedge entries, from Connie Kalitta to Don Prudhomme, Kenney Goodell to Chris Karamesines, and everything in between, before, and after.

It’s packed with plenty of old photos, magazine articles and covers, and other goodies. You can find it, as well as the R.E.D. books and other stuff, at http://www.backinthedaystore.com/.