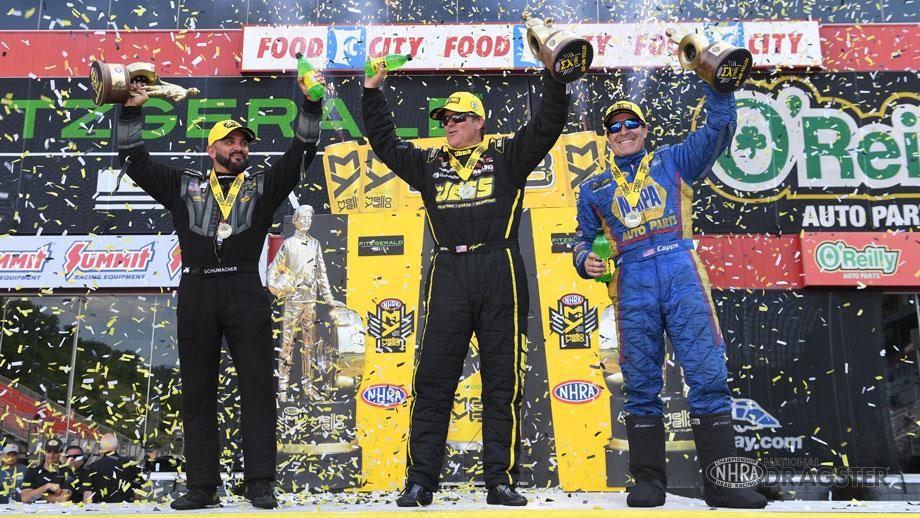 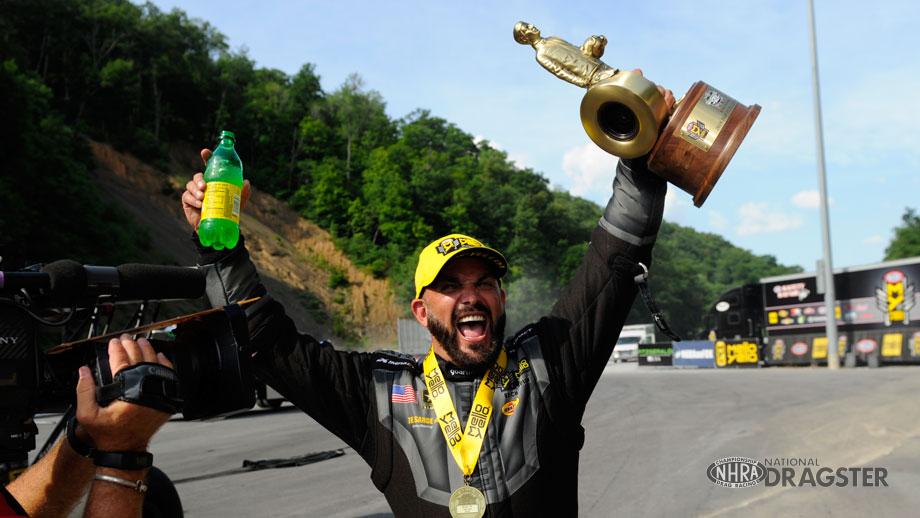 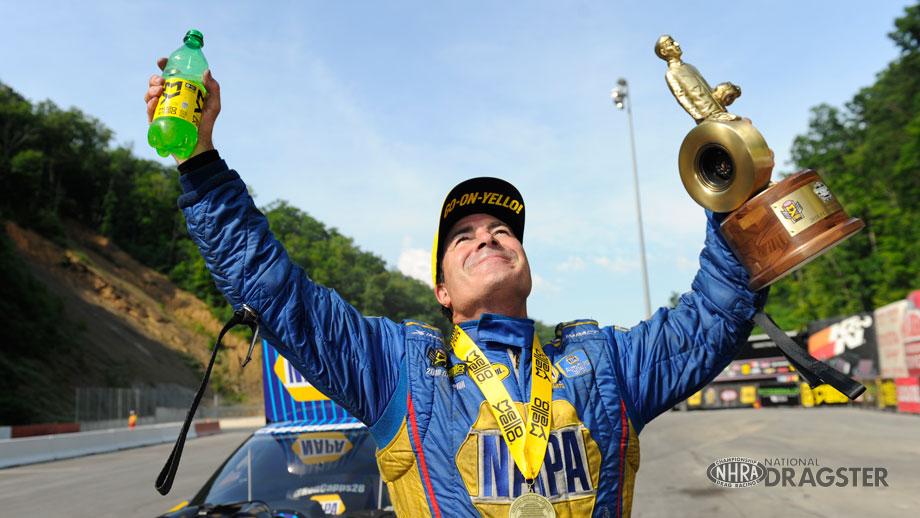 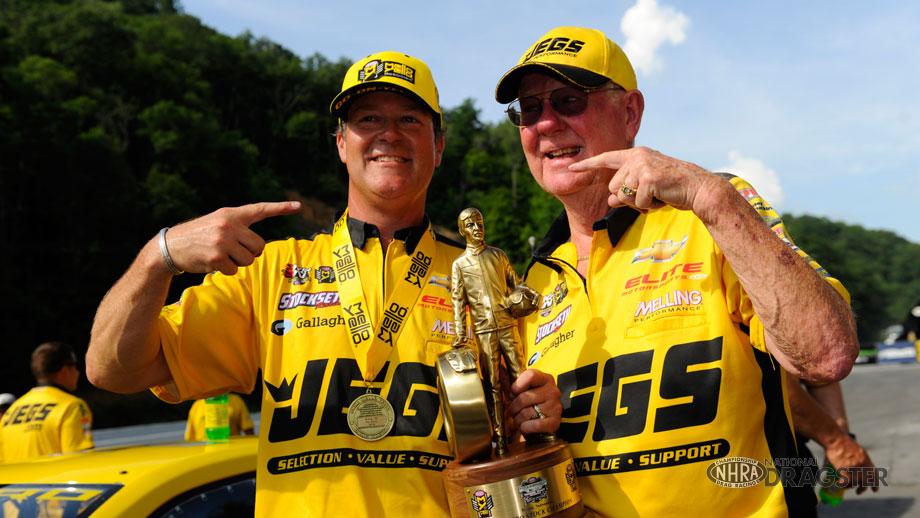 Tony Schumacher was able to lock down his first Top Fuel victory of the season Sunday as he emerged victorious at the 18th annual Fitzgerald USA NHRA Thunder Valley Nationals.

Schumacher powered to the Winner’s Circle with a run of 3.946-seconds at 313.58 mph in his U.S. Army dragster to take down Mike Salinas in the final round. This was Schumacher’s third final round of the season and the 150th of his career, as he now has six career victories in Bristol in eight career final rounds at the facility.

“We have had little things bite us this season, but we knew we had to overcome adversity and we knew we had a great car that was capable of winning,” Schumacher said. “I’m proud of my team for sticking to our plan, and I know our team is going to be a factor for the rest of the season.”

Salinas qualified eighth and took down Leah Pritchett, No. 1 qualifier Clay Millican and Scott Palmer as he secured the first runner-up finish of his career.

Capps secured his first victory of the season and 59th of his career as his 4.234 at 296.37 in his NAPA Auto Parts Dodge Charger R/T was enough to take down Bob Tasca III in the finals. He has now earned back-to-back victories at Bristol Dragway as the 2016 Funny Car world champion also secured Don Schumacher Racing’s 300th career nitro victory.

“This is a great facility, and when you roll into this place you get a special feeling,” Capps said. “Getting to the Winner’s Circle at a track like this is even more special, because you feel like you really had to earn it, and this weekend I am proud of what my team accomplished in some tough conditions.”

Tasca qualified fourth and bested Tim Wilkerson, Cruz Pedregon and points leader Courtney Force as he reached his first final round since Seattle 2013.

Coughlin Jr. brought home the Pro Stock victory after driving to a 6.709 at 205.10 in his JEGS.com/Elite Performance Chevrolet Camaro to take down points leader Greg Anderson in the final round. Coughlin Jr. became the third driver in the class to earn two victories on the season.

“My team has made some transitions this season and now we are running much faster, and it feels pretty great to be on the right track now this season,” Coughlin Jr. said. “Winning at Thunder Valley is historic and it feels fantastic, so to be crowned a champion here is really special.”

Coughlin Jr. qualified second and defeated Tommy Lee, Chris McGaha and Drew Skillman as he earned his second win in the past three events.

Anderson now has two runner-up finishes on the year as he continues to chase his first win of the 2018 season.