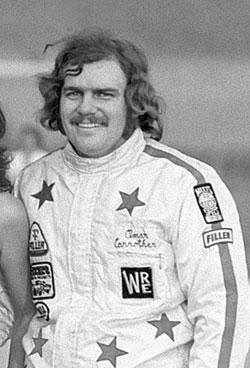 I got word earlier this week of the passing of 1970s Funny Car racer Omer "the Tentmaker" Carrothers. I’ve seen lots of photos of his cars (all two of them) over the years and heard anecdotal stories about him, but never anything solid.

(Interestingly, although his cars and firesuits all spell his first name as “Omar,” every other record, from his obituary -- and that of his similarly named late father -- is spelled “Omer.” My guess is that he changed the spelling to match the name of the 1922 silent movie, Omar The Tentmaker.)

Carrothers died March 22 at age 71 in Lynn Haven, Fla., but it wasn’t until I received a fax (yes, people still use those things) that unrolled into NHRA that I became aware of his passing.

I reached out to his family through multiple Facebook pages but never received word back so most of what I know is what I read on the amazing 70sFunnyCars website and some observations from a guy who knew him and saw him race many times, the dean of drag racing action photographers, Steve Reyes, whose photos grace this column. 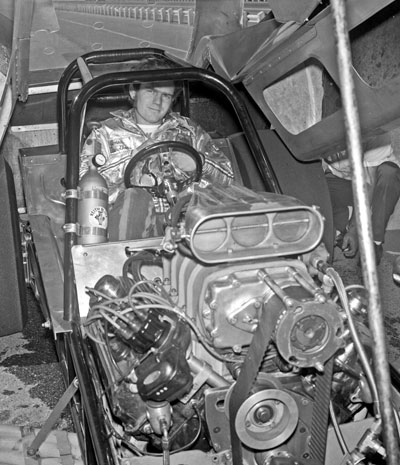 Online, in a very few places, you can find reference to his wild driving style, which some likened to Funny Car wunderkind “Jungle Jim” Liberman, but while J.J. would drive a car into and out of trouble, sometimes Carrothers could not. According to reports, he crashed his first Funny Car, a ‘Cuda, on one of its first runs at Orange County Int’l Raceway, but rebounded with the Woody Gilmore-built “Tentmaker” Mustang for which he is best remembered.

“He was one crazy dude and a lot of fun to be around," Reyes recalled. “He was really afraid of dying in his Funny Car; in fact he would get ill and vomit before and after a run. Why did he drive a AA/FC? Because it was a cool thing to do and women loved it.”

Drag Racing Monthly wrote of him, “It was rumored that ‘the Tentmaker’ often climbed behind the wheel in an emotional condition and mental state best described as a scene from the movie Altered States.”

Such an interesting-sounding dichotomy. I wish I had the chance to learn more about him. 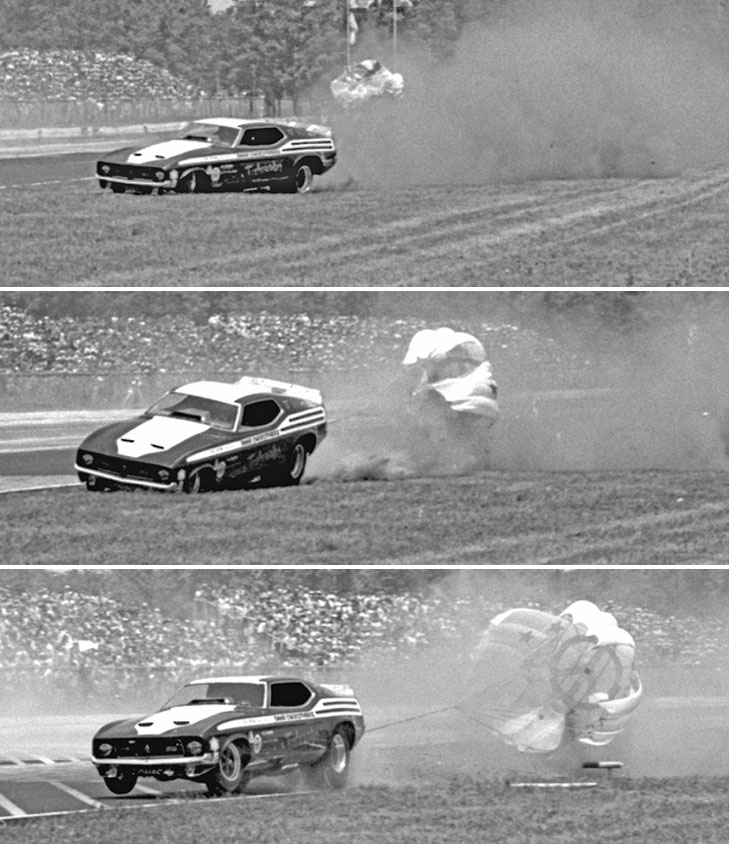 Reyes’ most memorable moment photographing Carrothers was at the 1971 Summernationals in Englishtown, back before the fabled racetrack had guardwalls. It was a cool place to shoot, as you got great photos of the cars no matter where you stood, and Reyes was certainly able to take advantage of that when Carrothers turned the Mustang into what Reyes calls “the world's fastest lawnmower.”

Insider regular Al Kean remembers Carrothers as part of a wild incident at Lions Dragstrip's Last Drag Race in late 1972. Carrothers got into the semifinals on the break rule after Billy Meyer was unable to get back to the starting line after replacing a bad clutch. Carrothers was already staging against Don Prudhomme when Meyer's team finally made it to the line, and fired their car and tried to urge Carrothers aside. Officials quickly nixxed Meyer's aggressive move, and Prudhomme beat Carrothers to reach the final, where he was beaten by his old pal, Tom McEwen.

Carrothers later drove Terry Ivey's Dodge Charger in AHRA competition in the mid-1970s and also is cited on DragList as having driven in Top Fuel in that period in a car owned by John Foderaro.

The last mention I can find of him is as the owner of a crane company in Florida. He was a 32nd degree mason (a pretty impressive accomplishment) in itself and is survived by his son, Omer III, and daughters Amanda and Tanda.

Speaking of old Funny Cars, I received an update from Dru Jaxon, who is restoring the famed Durachrome Bug originally driven by Warren Gunter. 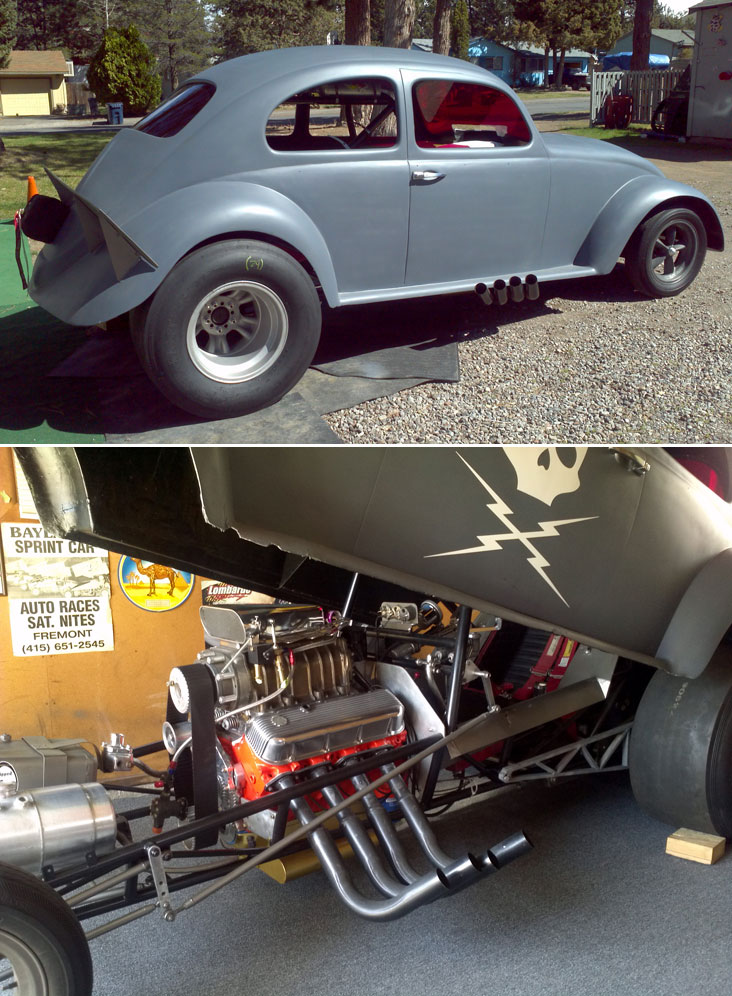 The latest additions include a set of the period-correct American Racing “bearpaw” wheels and M&H RaceMaster tires, blower pulleys and belt, ladder bars, parachute, and a two-speed transmission.

To read more about the Durachrome Bug, just out this column I wrote a few years ago.