The drag racing world lost a master entertainer and jet-car legend a few weeks ago when Doug Rose, whose Green Mamba jet had entertained fans for more than 50 years, passed away. We salute him this week in words and photos.
07 Sep 2018
Phil Burgess, NHRA National Dragster Editor
DRAGSTER Insider 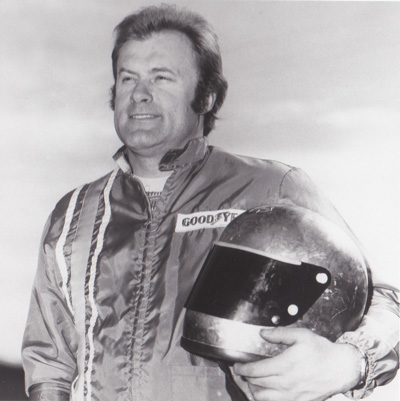 The drag racing world lost a master entertainer and jet-car legend a few weeks ago when Doug Rose, whose Green Mamba jet had entertained fans for more than 50 years, lost his life during an exhibition at Norway Speedway, a third-mile dirt oval in Norway, Mich.

For reasons unknown, Rose lost control of his famed 3,300-pound green jet dragster while driving down the home straight in a show he’d performed countless times. He was pronounced dead at the scene, bringing a revered career to a tragic ending.

Rose began racing in 1959 after his discharge from the Navy where he had served as -– surprise! –- a jet mechanic. A resident of Milwaukee, he began racing his ’51 Ford Victoria at Great Lakes Dragaway. Before long, he became the track photographer there –- a place which he would return scores of times as a driver to be on the other side of the camera lens -- where he met jet-car pioneers Walt and Art Afrons. He began his driving career in their fabled green machine, the Green Monster, from late 1962 until he went out on his own with the Mamba in 1968. It was during his time driving the Monster that Rose’s story took a unique and inspiring turn.

It was July 4, 1966, at the grand opening of Cedar Hills Dragway near Richland, Va. The day before, Rose had run 221.5 mph, within 10 mph of the class record and hoped that he could break the record the following day. Rain, however, put a crimp in those plans but Rose was determined the give the fans a show anyway. After all, jets are not wheel-driven machines and he'd done it plenty of times before. But even on a slow pass with rain tires, the car hydroplaned and Rose lost control and crashed head first into the guardwall and both of his legs were severed below the knee. Less than three months later, with his new artificial legs, Rose was back in the cockpit and continued on his way for the next 50 years.

When Rose struck out on his own in 1968, he went looking for a name with the same power and drawing ability as the Green Monster. On a trip to a wildlife park in California, he stopped at the reptile exhibit.

“I was looking at all the poisonous snakes, cobras and the like, and I wondered: ‘What's that little green grass snake doing in there?’ “ he recalled.

The “little green grass snake” was a green mamba, a snake so deadly that its neurotoxin venom can kill in 90 seconds and is one of the fastest snakes in the world.

“Perfect,” he thought. “There's nothing as fast and deadly as that but a race car. And, of course, women.”

Dick Korkes, of Korky's Kustoms fame who once worked with George Barris, helped Rose build and paint the car, with its iconic snake eyes and mouth on the nose.

Rose was well known for pranking waitresses at coffee shops across the country, protesting slow service, clumsiness, or just for shock value by plunging a steak knife into his prosthetic legs.

Laura Bruederle, who shared with me some of husband Mark’s images and some from RayMars Photos for this column, was there for one of them. One night, after the Olympics of Drag Racing event at Great Lakes Dragaway, dinner at a local restaurant was followed by an epic story-telling session that went long into the evening.

“Anyway, the poor waitress finally came over to our table to tell us that the restaurant is way past closing,” she recalled. “Doug grabbed the steak knife and said something to the effect, ‘If you keep bugging us to leave I am going to stab myself in the leg!’ and with a wink to us he proceeded to do so, the poor girl screamed and ran from the table. The manager came over and demanded we leave. I don't remember if anyone even paid the bill.” 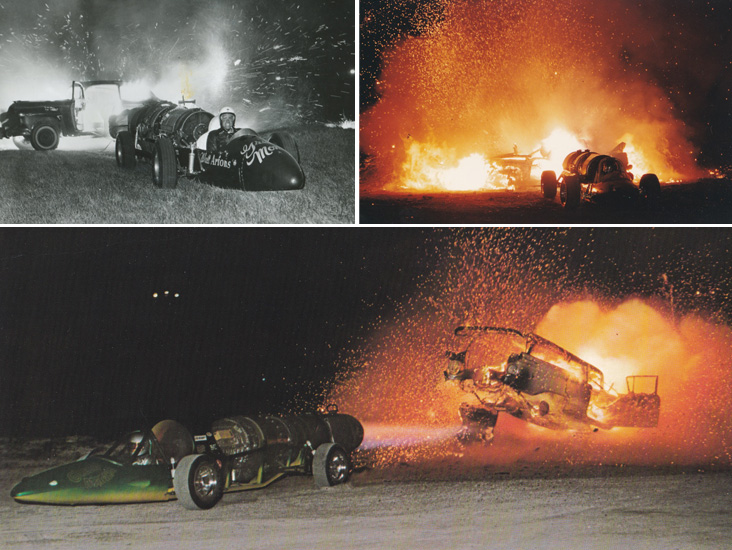 In addition to his 300-mph passes and flame shows, Rose was also the king of another popular pyrotechnic trick with the Monster and the Mamba: chaining a vehicle behind his machine and roasting it to a crisp. It wasn’t just cars that suffered at his hand, but all manner of wheeled machinery, from combines and tractors to motorcycles and school buses. 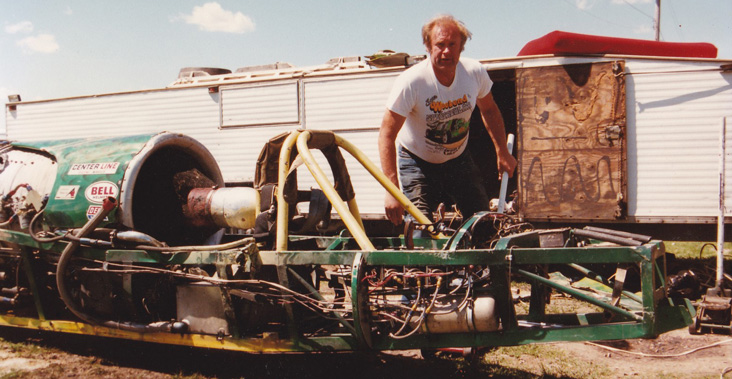 The Mamba was stolen from Rose’s driveway in November 2006 and found a month later cut into pieces. A website, SaveThe Mamba.org, was created and members of the racing community jumped in to do that that. A few months later, the Mamba was back in business and continued bringing its special show to dragstrips and other venues for another 11-plus years before Rose’s death.

I remember seeing the Mamba run dozens of times at my local Southern California tracks, and it’s a memory I can keep close to my heart. Next week I’ll share some memories of Rose from fellow jet-car driver Doug Brown, whom Rose took under his wing to mentor. It’s a great and inspiring tale and will tell you more about Rose than I ever could. In the meantime, enjoy this sweet Green Mamba video I found on YouTube. I'll see you next week.