Severance clinched the title in the Top Alcohol Dragster final round when he drove to a 5.26 to 5.36 win over Norwegian rookie Julie Nataas. The win was the 23rd of Severance’s career and his fourth this season. He also defeated Nataas at the Spring Las Vegas event last April. Severance was solidly in the 5.2s during eliminations with wins against Dan Mercier, Shane Conway, and Duane Shields. [Video] 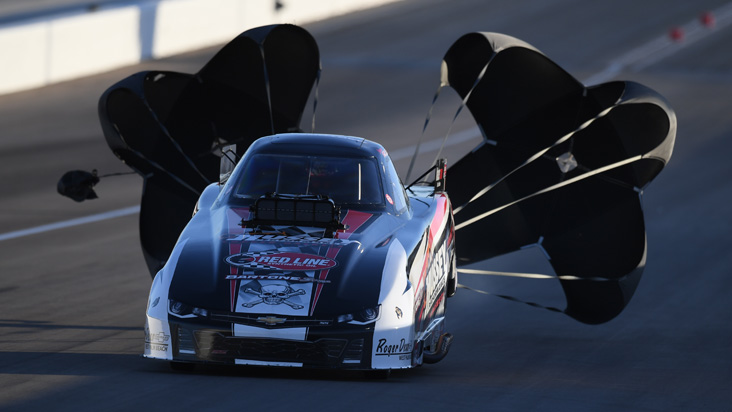 Bellemeur’s dream season continued when he drove Tony Bartone’s Hussey Performance Camaro to his 10th victory, in Top Alcohol Funny Car. Bellemeur, who clinched the title two weeks ago in Charlotte, came from the No. 2 qualifying spot to the final with wins against Steve Burck, Ulf Leanders, and Jirka Kaplan. Paired with Doug Gordon in the final, Bellemeur got off the starting line first with a .012 light and won on a holeshot, 5.51 to 5.48.  [Video] 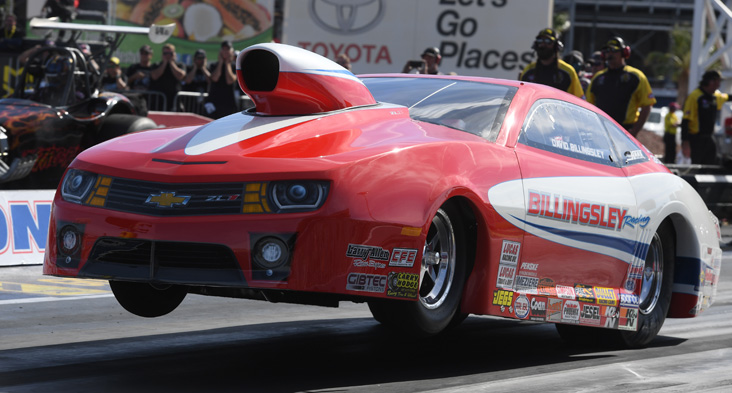 Billingsley claimed his fifth career win after driving his D/EA Camaro past Doug Engels’ D/ED in the Comp final round. Billingsley, whose most recent win came at the 2013 JEGS SPORTSnationals in Columbus, scored a key quarterfinal win over low qualifier Jim Greenheck to earn a bye run into the final round. Billingsley was docked .11-second in Competition Index Control penalties before the final, but that paled in comparison to Engels, who was penalized in every round and found himself down .25-second before the final. Not surprisingly, Engels fouled in the final, slowing Billingsley to coast to the win.  [Video] 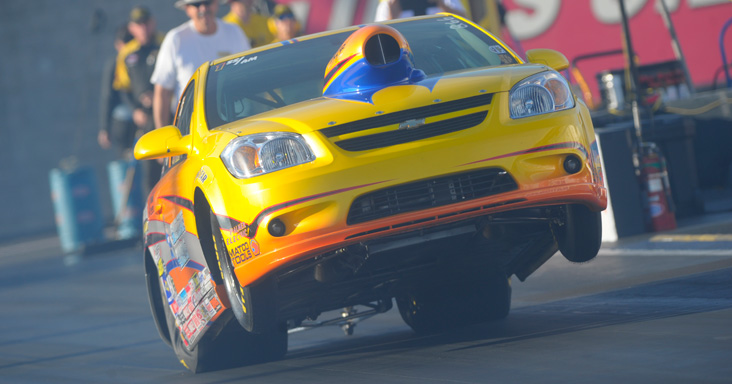 Reigning Stock and Super Stock world champ Lamb continued his epic tear through the NHRA class racing ranks with his sixth win of the season and the 23rd of his career. Lamb, who swept the Stock and Super Stock titles at the Spring Las Vegas race, won the Super Stock final against five-time Super Stock champ Jimmy DeFrank. Not surprisingly, both drivers were on their respective games in the final with Lamb converting a .011 light and a .02-over 8.76 into the win against DeFrank’s .022 light and 9.102 on his 9.08 dial. [Video] 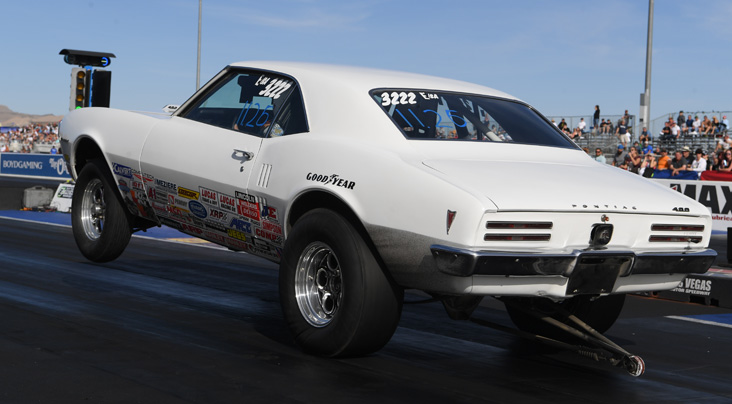 Stephenson, runner-up in his three prior national events, has competed in 15 of the first 23 national events of the season before finally collecting his first national event win. Paired with 45-time national event winner and current championship contender Jeff Taylor in the final, Stephenson got off the starting line first, .017 to .044, and held on for the Stock win with an 11.221 on his 11.20 dial. Taylor ran right on his 9.50 dial with a 9.501 but came up seven-thousandths short at the finish-line stripe. Stephenson’s drive to the final included wins against Dwayne Scheitlin, Larry DeForrest, and Dwight Machael. [Video] 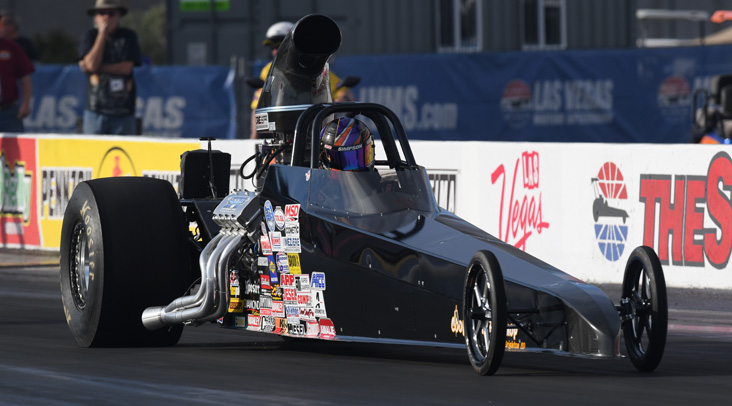 The Super Comp field in Las Vegas featured a number of drivers still in contention for the world championship but none of them made the final round. Wright, who claimed wins at the Pomona season opener in 2010 and 2012, added a third title after Ken Mostowich fouled by just four-thousandths of a second in the final round. Wright opened eliminations with a nearly perfect 9.051 on the 9.05 altitude-adjusted index and knocked off national event winners Robert Naber, Marko Perivolaris, and Mark Grame to reach the final. Mostowich, driving his ’68 Camaro against a huge field of dragsters, topped title contender Tom Stalba to earn a bye into the final. [Video] 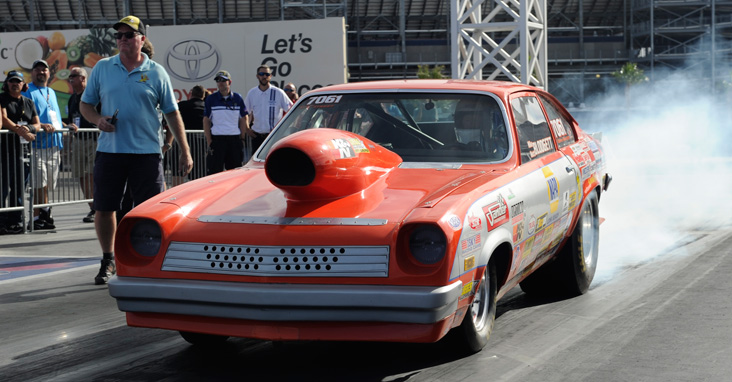 For the second time this season, Blodgett wheeled his family’s nostalgic ’72 Vega to a win in Super Gas. Following his victory in Sonoma, Blodgett earned his third-career title by beating Rob Willis in the final round. Blodgett was almost perfect in the final round with a .007 light and a 10.057 on the 10.05 altitude-adjusted index. Willis was competitive with a .021 light but broke out with a 10.041 in his ’92 Firebird. Blodgett also defeated Alan Savage, low qualifier Brian Preszler, and Loreen Rogers to earn a bye into the final. The points lead in Super Gas did not change hands, although Aaron Kinard was able to close the gap on current leader Devin Isenhower by reaching the quarterfinal round. [Video]