The two youngest NHRA Mello Yello Drag Racing Series champions share a commonality: They owe a lot to their family. Tanner Gray says as much as often as someone will listen. The support of his parents, Shane and Amber, and his grandfather, Jonny, make the following accolades listed on his racing résumé possible.

Gray, at 19 years old, became the youngest champion in NHRA history by 17 months. He became the youngest Pro Stock champion by eight years. He owns 13 wins in 48 races — a percentage better even than the legendary Bob Glidden. It took him only four races to capture his first win, at the 2017 Denso Spark Plugs NHRA Nationals in Las Vegas. He beat the future champion, Bo Butner, in that contest.

The 19-year-old racer quickly became a lightning rod because he embodies so much of what sports is — competitiveness, frustration, and the dichotomy of keeping your cool in one breath and losing it the next. And he also grew as a person, like we all should strive to do, in the short time many of us watched him race; whether that be in person, on FOX, or through coverage in NHRA National Dragster. 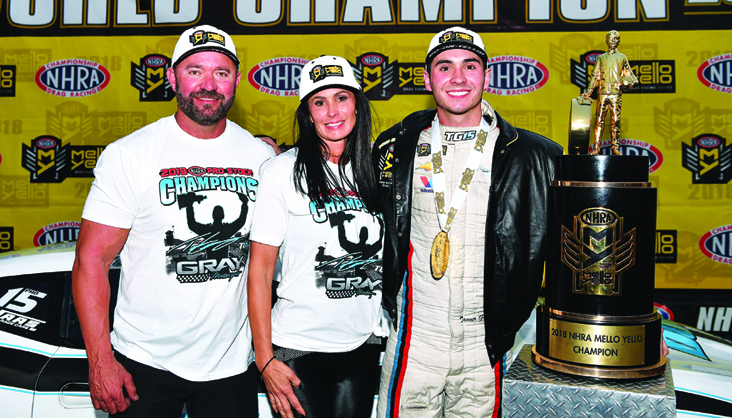 Gray became a champion after just two years on track because he took some of the best tools in the business and put them to use as expertly as anyone who ever got in the seat of a Pro Stock car. The tandem of Gray and crew chief Dave Connolly quickly became a match unlike any in the sport because of the family connection that makes Gray Motorsports tick.

“[Getting Connolly a championship] means a lot to me, and hopefully it means something to him,” said Gray. “It’s been a lot of fun working with Dave. I was like, just a fan of Dave growing up, I’d go and sit outside of his ropes as a kid just so I could talk to him when he’d come out of his trailer. Then in about 2013 I’d say we became something like friends, and he eventually came to race for us in 2014.

“He used to help me out a lot, if anyone knows Dave, they know how competitive he is. He’d pretty much make fun of me every time he cracked me, and he’d push me to be better every weekend. Sometimes he’s got some … weird ways of doing it, but he does a good job of what he does, and he’s one of the all-time greats in my opinion.”

When Gray turned on the first-round win light at the NHRA Toyota Nationals in Las Vegas, taking another step toward securing his title, his mom and dad high fived. Their hands clasped together, and Amber said, “I don’t know if I can take much more of this.” She could (and did, evidently), and Shane just smiled.

It’s easy to blow adversity out of proportion when it comes to sports stories, no matter what stick, ball, or engine combination is utilized. So, I won’t do that here. Just know that Gray (that’s Tanner, this time) treats racing as a job, which is admittedly a little different than many of the big-name racers in the NHRA.

So, when he announced his move to the K&N West Series (that’s circle track racing for the uninitiated), he knew it’s what he wanted to do. He also knew it would come with its own share of backlash both while signing autographs and browsing social media.

“I just feel like this is the right move for me at this stage of my career,” Gray said at the time. “I think that’s all you can ever do, no matter where you’re at.” 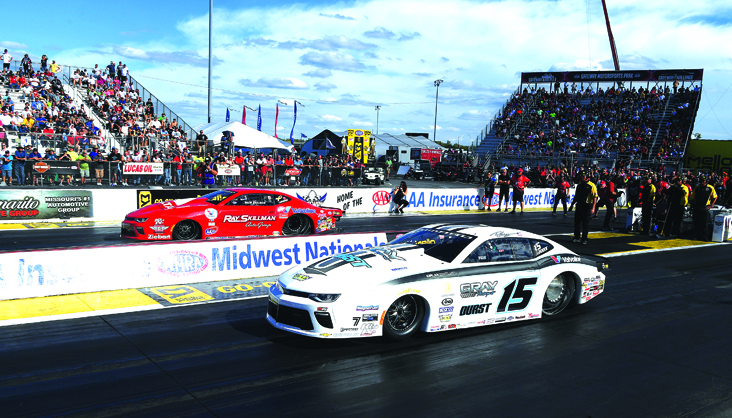 At the Dodge NHRA Nationals, which became the first race of the Countdown to the Championship in the 2018 season, Gray took on a very zen approach to the last six races of his career.

“I’m just gonna go out there, do my job, and try to have as much fun with these guys as I can while I still can. These guys have been my family for a long time. Ever since my dad was racing out here, you know? I want to go out of here with a championship. That’s what I want. … So, I’m gonna control what I can.”

During the Countdown, Gray lowered his average reaction time from .024 to .018 while posting a round-record of 19-3. He averaged a .023 reaction time during his two-year Pro Stock stint (the best in the class during that stretch), and while no one ever retires for good anymore, that wouldn’t be a bad way to leave things.

It’s unfair to say Gray found another level during the Countdown, because it implies he didn’t try as hard during the regular season. He certainly executed with near pitch perfect precision in a nearly flawless race car. Few did, and few left on the racer — when they did, Gray did a better job bouncing back than he did earlier in his career.

That sort of improvement made him a better driver than when he first got into the doorslamming category. That bodes well for Gray in his next challenge and speaks highly of him as a person. He credits Connolly and his dad for much of his self-improvement, but as anyone who has ever been a teenager can attest, it’s one thing to hear advice and another to take it. 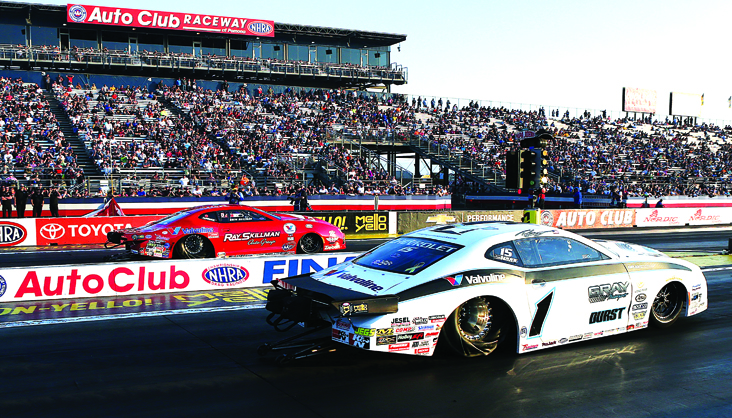 “My dad and grandpa have been there the whole time, you know,” said Gray. “My dad is the one that taught me to do burnouts, and he’s the one I could lean on, especially in my first year when I was just getting my start. There were moments when everyone butts heads, but moments like these make it all worth it.”

To put Gray’s two-season career into perspective, here is a sampling of racers he leaves NHRA with more wins than: Vincent Nobile, Chris McGaha, Larry Morgan, Frank Iaconio, Bill Jenkins, and Ronnie Sox. Gray earned his 13 wins in fewer races than every name on that list and, at least until next season, sits No. 15 all time in Pro Stock victories.

Nothing lasts forever, but the next Tanner Gray may not perform burnouts on an NHRA drag strip for a very long time.