Billy Torrence raced to the first No. 1 qualifier of his career at the Lucas Oil NHRA Nationals at Brainerd International Raceway.

Torrence raced to the first No. 1 qualifying position of his 27-race career coming in the final session with a run of 3.784 at 326.32. He bumped his son Steve from the top spot and will face Terry Totten when racing begins.

“It felt good, it is a big deal for that Capco team to be number one and two, that is Capco strong right there,” said Torrence. "We intend to do that same deal tomorrow and have two Capco cars in the finals.”

Steve Torrence, who is the current points leader and Billy Torrence's son, qualified second following his run of 3.786 at 325.37 and will race Bill Litton on Sunday.

Hight was able to better his run from Friday in the third qualifying session by posting a time of 3.959-seconds at 324.67 mph in his Auto Club of Southern California Chevrolet Camaro SS Funny Car. Hight has one win at this event, and is a two-time and defending Funny Car world champion. He has two wins this season and will face Cruz Pedregon in the first round of eliminations.

“I’m pretty jazzed,” said Hight. “This is the time of the year you better have your act together and it is starting to come together for us. We were number one here last year but didn’t get the win so we need to do one better this year and get the win.”

In Pro Stock, Enders secured her first No. 1 qualifying position since the Las Vegas 2 event in 2015 with her run of 6.609 at 207.53 in her Elite Motorsports Chevrolet Camaro. Enders has 19 top qualifying positions in her career and will face David River Sunday during eliminations.

It has been a long road for us since our back-to-back championships,” said Enders. “2016 was a huge struggle and ’17 we got our feet wet again. It is more like a well-oiled machine now and things are going great for our entire program.”

Chris McGaha qualified second with his run of 6.609 at 205.73 and will face Mark Hogan while points leader Greg Anderson is ninth following his qualifying pass of 6.626 at 208.52 and will face Jeg Coughlin who qualified eighth.

“The bike is working good,” said Smith. “We tried something today first round and it bogged down real bad but we went back and adjusted that and were low E.T. again in Q four. All in all, this new EBR bodywork we have is pretty fast and we have a good package right now.”

Hector Arana Jr. remained second with a 6.877 at 197.08 pass and will face Scotty Pollacheck and points leader Andrew Hines qualified fourth and will race Karen Stoffer in eliminations.

Eliminations begin on Sunday at 11 a.m. at Brainerd International Raceway.

Here are the brackets and first-round pairings for all four pro classes: 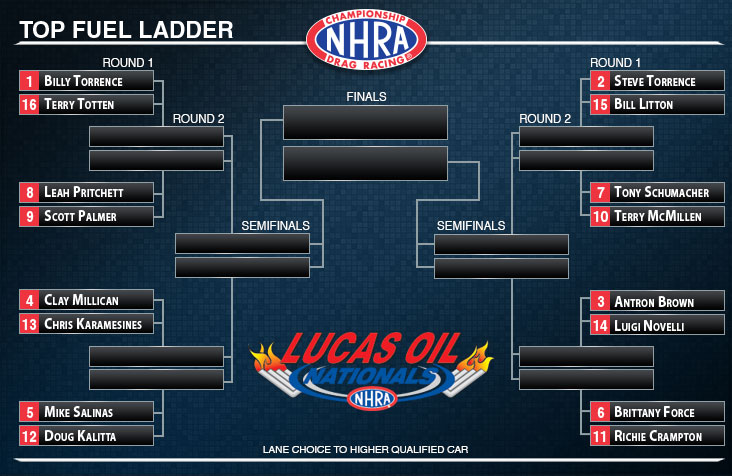 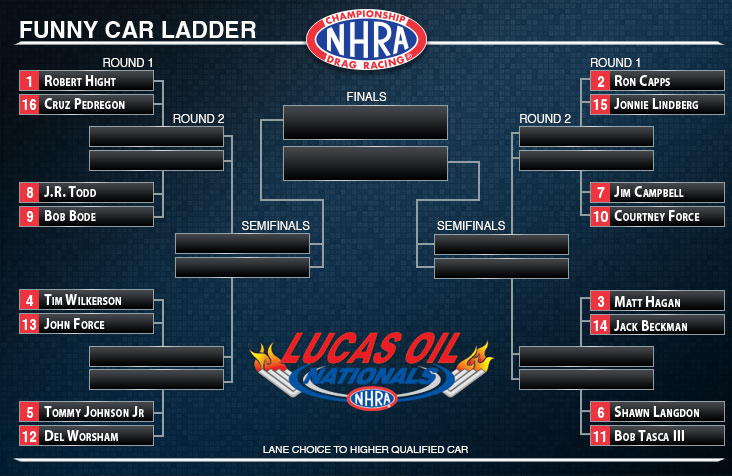 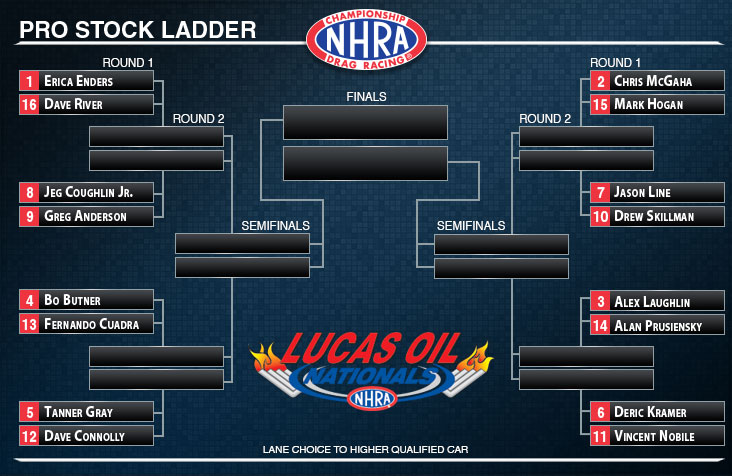 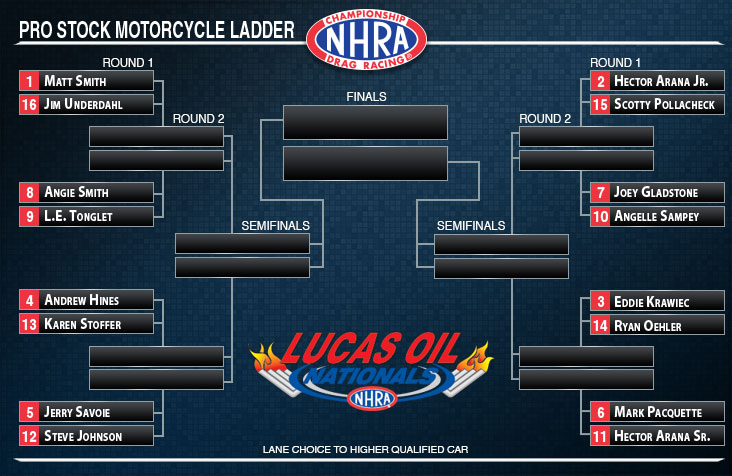