A work in progress

Like assembling a new car using old parts, so has been the challenge of resurrecting the archives of the Dragster Insider column. Old pieces that don't fit, new pieces that need a little massaging, and a whole lot of other work beneath the hood, but well worth it.
10 Mar 2017
Phil Burgess, NHRA National Dragster Editor
DRAGSTER Insider

Ever since NHRA.com migrated to this new site, a common lament among Insider followers was the loss of the column archives, which for years were easily accessible on the old site. Visitors could either used the collapsible year/month navigation and browse for topics, or use the site’s search engine to retrieve what they were looking for.

As you can imagine, migrating thousands of articles from the old site to the new one is a massive chore, so it was decided that only the 2016 contents (news, results, columns, and the like) would initially be brought over, with the rest to follow on an undetermined schedule. Just the process of bringing over approximately 1,500 articles from 2016 required that someone (I volunteered) review and tag each story with relevant info (driver name, event, type of news, class and series involved, etc.) so that it could go into a database and feed into the proper parts of the new site. It was time-consuming and laborious work, but it was worth it.

Because the Insider column goes way back to July 2007, I could imagine it taking years to be scheduled for integration, if it ever happened. I mean, we’re talking more than 700 columns. So, because I have a very vested interest in making sure they’re available (fruits of my labor and all that jazz), last week I decided to begin doing it myself, and I’m proud to report that I’ve imported three more years (2013-2015) that are now available for your review.

(More on that later, and if you’d rather skip the whole recounting of the technical gymnastics I had to go through, and the challenges still ahead, just skip down a few paragraphs to “Accessing the archives.”) 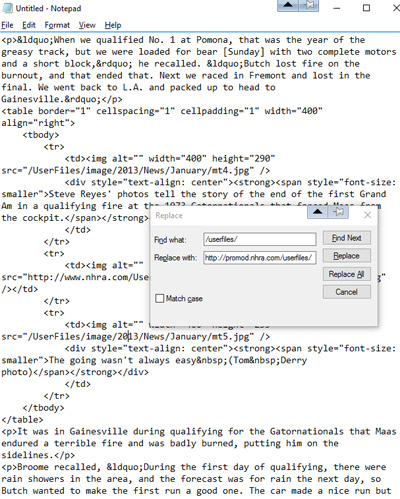 Now three years might now sound like much, but it’s about 150 columns. Each one had to be accessed on the old site’s Content Management System (CMS). There, I could grab the HTML code and put in into the new site’s CMS. Easy enough, but the photos still reside on the old site’s webservers, so I had to run several search-and-replace queries in the HTML to point it to the correct photo locations. I then had to tag them with my name and the column name and back-date them to the original publish-on date so they would end up in the archive, the right order. What fun!

Some of the stories went super quick – when they did, I could do about one per minute – but a lot of them required some finessing of the code. The old CMS was very forgiving; the new one, not so much. Also, the old site was a lot narrower than the new one (640 pixels versus 732, if you’re into numbers like that) so I spent some time resizing photos to look better.

A real problem was the old photo galleries, which, if you remember, allowed me to group bunches of photos into a mini player that you could scroll through. The new site does not have a feature like that, so I had to go back and take apart the old galleries, cherry pick some of the photos and just insert them into the text where they should be. That really slowed the process.

You’ll also notice some mismatched captions and some layouts that just don’t look as nice as they did on the old site, but I did my best to enhance your viewing experience. Of course, I was doing all this while trying to put out a little something called National Dragster, so it was done in fits and starts. To paraphrase everyone’s favorite jerk, Navin R. Johnson, “What do you think I do? Write code all day?”

So, here’s the deal with the archives, and how you get there. You may notice that every Insider article has a little blue “Dragster Insider” tag or piece of blue text right next to the headline. If you click on that from any article, it takes you here, which is kind of a home page for the column. You’ll see headlines and summaries for the 30 most recent columns. If you scroll to the bottom of the page, you’ll see links to the older pages (right now there are seven; eventually there will probably be more than 20).

You can use that to browse your way back in time or, of course, if you know what you’re looking for, you can use the search engine at the top of the page (click on the magnifying glass).

Eventually I am going to come up with a complete list of column titles/subjects that will make this way easier, and find an easy place for you to access it. (Who am I kidding? I’m doing it for me, too!)

As time-consuming and maddening as the transfer process was on occasion, the sheer joy of discovering columns I’d forgotten about made it worthwhile. Not to pat myself too hard on the back, but there’s some real killer stuff in just those three years.

Here are a few of my favorites: 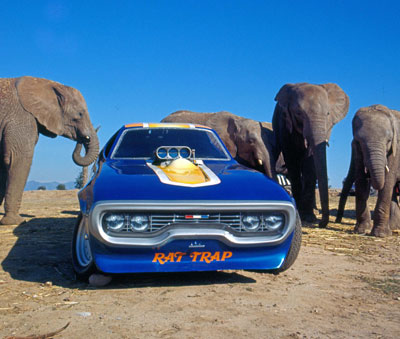 We followed up Reyes' handiwork and got into a bit of theme with some see-through imagery that included Double the exposure, double the fun and a pair of great columns showcasing the artwork of Tom West: 'The Man with the X-ray Eyes' and 'The Man with the X-Ray Eyes,' Part 2, followed by Your X-ray submissions. Good stuff and some real eye candy!

I've been proud of a lot of columns I've written, and the people who have shared their stories with me, but one of my favorites will always be Herm Petersen: 'I’ve Survived Damn Near Everything' and the two follow-up columns, cleverly titled Herm Petersen, Part 2 and Herm Petersen, Part 3. It was an honor to get to share his courageous story. 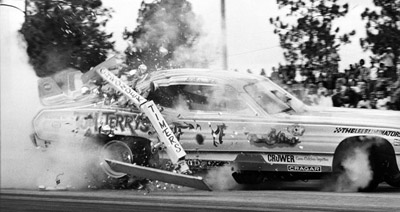 A little fun with drag racing two legendary Dons, Garlits and Prudhomme, in Don-ning my Garlits-Prudhomme trivia cap and More Garlits and 'Snake'.

And two informative and introspective pieces on overlooked '70s Funny Car driver Jake Johnston: Jake Johnston: Funny Car's "what if?" guy and How much Jake can you take?. 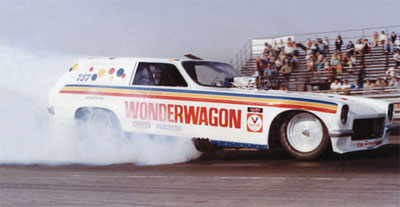 The Wonder Wagon Funny Cars have always been a source of interest among 1970s flopper fans, so I did a super deep dive to get the real story of where the dough came from, who made any bread, and who got left with just a few pieces of the crust. Check 'em out here: No more wonderin' about the Wonder Wagon story and So, I heard you guys have been Wondering … which evolved into a look at some of the other great Vega wagon Funny Cars: More Vega panels and Still more Vega panels ....

I saluted Father's Day 2014 by talking about one of the important men in my life, with this column: Father's Day and you shared yours here: Your dads (and moms).

I could go on and on (and so can you), but one last one, a series that I really enjoyed, prefaced by the self-explanatory column Drag racing's teen terrors with looks at Jeb Allen, Bobby Hilton, John Stewart, the Allison brothers, Fred Mooneyham, and Billy Meyer; the latter included a white-knuckle follow-up: The Perils of Billy Meyer.

I need your help

As I mentioned earlier, this is just the beginning of the project and because I chose to migrate the columns in reverse chronological order (newest to oldest), I'm already seeing that some columns have links in them referencing older columns, and those older columns have not yet been brought over to the new site. So, in your cruising through the archive, if you find any links that don't go anywhere, drop me an email at [email protected] and let me know which column had the missing link, and I'll work to get those fixed.

Also, if you see any missing images or really crazy layouts,let me know. I went through them pretty quickly to get them here and checked as many as I could, but I may have missed something.

And, finally, if you have any suggestions of how you'd like a searchable archive organized, drop me a line, I'm open to suggestions.

Thanks again for reading, and for your patience. I'm off next weekend to the Gatornationals and, as is sometimes the case when I travel, there may or may not be a column next Friday.