The NHRA family marks today the 10th anniversary of the passing of Wally Parks, the dynamic and purposeful man who not only founded the NHRA in 1951 but led hot rodding from the dark shadows of scorn into the bright sunlight of national acceptance.

What Wally did to create the NHRA is, in retrospect, monumental. The respect that he earned for enthusiasts of hot rodding paved the way for wider acceptance and, of course, laid the groundwork for the dragstrip competition with which NHRA is most closely associated these days. 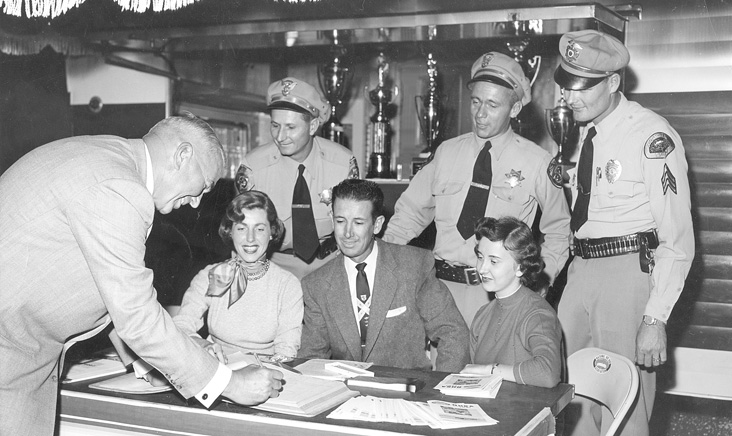 I can't begin to imagine how difficult that work was then, how they had to convince law authorities, politicians, and neighborhoods that a lot of the hot rodders were not the black-jacketed thugs of movies but hardworking guys who liked cars and fixing them up. Today, I think we all take for granted that the NHRA will be accepted wherever it goes, that we'll roll into a community somewhere and be greeted with open arms by merchants and civic leaders, but it certainly wasn't always that way.

A huge part of that work was organizing the nation’s hot rodders, and getting them to buy into a code of ethics. That was the main impetus behind the forming of NHRA. The racing came much later. 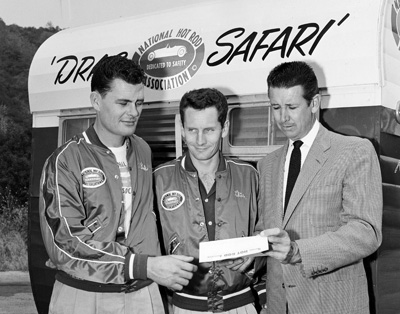 Unless you lived it, most of us probably can't imagine a time when dragstrips didn't dot the country and organized activities were difficult to find. Imagine, then, the sheer audacity (perhaps even the naivete) of organizing a small band of Johnny Appleseeds, known then as the NHRA Drag Safari, loading them up in a station wagon and a little tow-along trailer and sending them off across the country to help sow the seeds of the sport.

That's the visionary kind of guy that Wally Parks was, and I shudder to think how much longer it would have taken us to get to where we are if not for his sheer tenacity and ability to dream big and act bigger. 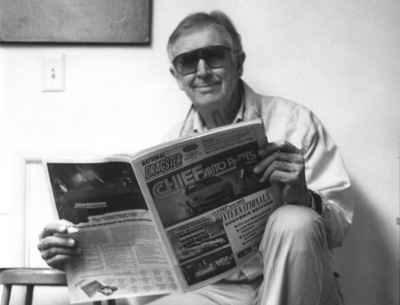 It's hard for me to reconcile that when I first sat down across the conference-room table from Wally more than 35 years ago at the NHRA headquarters in North Hollywood, Calif., to interview for a bottom-of-the-rung position on National Dragster's editorial staff, that he had already lived a full life and then some, that he was then 69, and when most folks were thinking or retiring or had already done so, it seemed as if he was just hitting his stride. He was still so passionate, so dedicated, so damned hard core about the NHRA that it was hard not to be excited about becoming part of it. Please, sir ... pick me to be on your team.

Wally never met an opportunity that he didn't think deserved to be explored and expanded, and woe be it to the person who missed getting NHRA on that boat. He was a hard guy to work for only in that he expected from everyone the same incredible vision and attention to detail that he possessed. 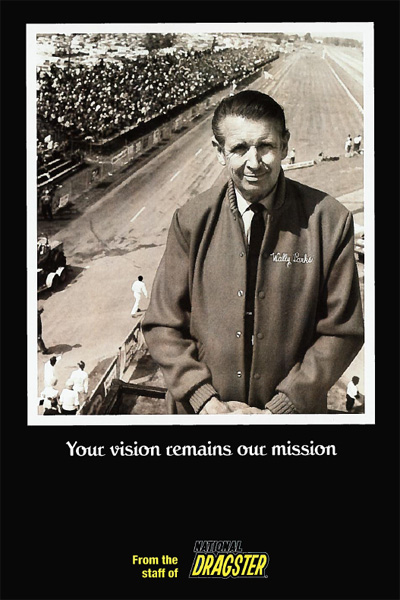 After he died in late 2007, we quickly put together a mini book about his life. I had interviewed Wally extensively in the years preceding his death, milking him for truths and anecdotes alike, so it all came together pretty well, and once it was nearly done and the front cover image selected, all that was left was the design for the back cover. We had the photo we wanted, of Wally overlooking the racetrack at Indy, but we struggled for the epitaph to accompany it.

I remember sitting with a group of the staff in Production Manager Matt Hurd's office, searching for the right words to place on that back cover. It was ND Photo Editor Teresa Long who inspired me when she asked, "What would be the last thing you'd want Wally to know?" The words tumbled straight from my heart and out of my mouth: "Your vision remains our mission."

As I said those words aloud, everyone else smiled , and I felt that Wally himself had reached down and blessed me with them. He certainly had instilled in me, and many of the long-time staffers whose tenure dated back to the 1970s and '80s, that mentality, to keep the vision alive and moving forward, so it came easily and purely.

It's hard to believe it has been 10 years since we lost him, but I get the sense that he's smiling down on us as we continue his mission.