A deep dive into the archive

The Dragster Insider column celebrates 10 years of telling "the stories behind the stories" in NHRA history with a deep dive into the archives to look at some of the interesting columns of the past decade.
18 Aug 2017
Phil Burgess, NHRA National Dragster Editor
DRAGSTER Insider 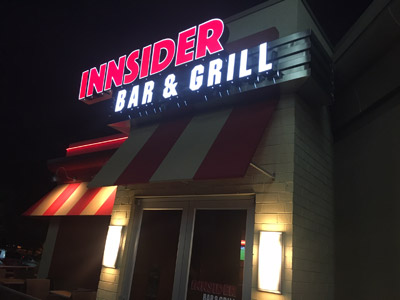 It’s been an amazing 10 years of sharing “the stories behind the stories” that make up the lore of this sport we love so much, and we’ve covered a lot of ground in this last decade. Honestly, when I started it, I wasn’t sure it would survive 10 weeks let alone 10 years and 800 columns.

As many of you know, I’ve been working feverishly behind the scenes to bring the entire Dragster Insider archive under one roof. When we launched the new NHRA.com earlier this year, we were only able to migrate one year (2016); the rest remained on the old web server, which was still active (and some of you figured that out pretty quickly), but many of the images were missing due to the old site’s new address.

Additionally, I wanted to create some type of searchable archive that allowed my readers (and, heck, me) to find what they were looking for in older columns. So, I’ve been working on that all year, stealing whatever time I could to migrate the content manually.

It’s not done yet – most 2010 and 2011 are still to be added – but the basic structure and more than 80 percent of the articles (more than 500!) are there and I have to say it’s a pretty impressive list already.

Going back and converting each article manually (why manually? See the explanation at the end of the column) allowed me to fondly revisit and remember them and, honestly, there were some I’d forgotten we’d done. 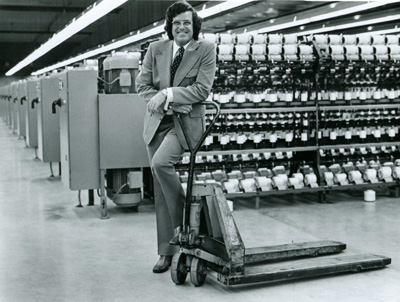 There are some that I’m extremely proud of – great “gets” like Barry Setzer (his first drag racing interview in decades) Richard Tharp, rocket go-kart driver Capt. Jack McClure, Herm Petersen, and "Wild Bill" Shrewsberry -- and stories on people who you may have forgotten about needed to know about, like Leonard Harris, Clive Skilton, Jay Howell, Larry Reyes, Dale Emery, Leroy “Doc” Hales, Bob Pickett, Raymond Godman, Jake Johnston, Buddy Garner, "Nitro Nellie" Goins, and many more. In October 2008 I devoted almost a whole month to the story of the rise and fall of Orange County Int’l Raceway; 2008 also was host to a summer-long Favorite Race Car Ever balloting and a series of articles on Ghost Tracks. Man, there's so much fun stuff here.

I also had some cool stories like the time The Munsters TV show came to Lions (heads up; that episode is airing next Monday on the COZI throwback TV network (check listings for your local time), and the stories behind the stories of wild machines like Bob Correll’s amazing KiteCycle, the fabulous Freight Train, the Durachrome Bug, the Terrifying Toronado, Tommy Ivo’s four-engine “Showboat,” as well as columns about great rivalries, fire burnouts, blowovers (four columns in May 2012), and the saga of the Wonder Wagon Funny Cars.

I'll try to remember to include a link to the archive at the end of every column, along with my usual email contact info,

The archive is searchable by keyword; follow the instructions at the top of the page. If you're a racer of any renown from the sport's history, there's a good chance you'll find yourself listed, Anyway, enough chatter; I’ll leave you to your own devices.

A few mea culpas about the archives:

1. Not all of the columns made the cut. To be honest, there were some real turkeys in there, where I rambled about what was going on in my week or some other such nonsense. I think that only two of the right columns in Dec. 2009 were worthy of making the move. Sorry ‘bout that guys.

2. Over time, so of the videos I’ve linked to and/or embedded have gone missing our were removed for copyright reasons.

3. Because the width of the actual pages changed between three generations of NHRA.com, some of the photos don’t go full width. Also, the previous versions of the Content Management System allowed for some intricate layouts that do not work in the new site, which has to be mobile-friendly. I did my best to match them up, but in some cases photos had to be removed. 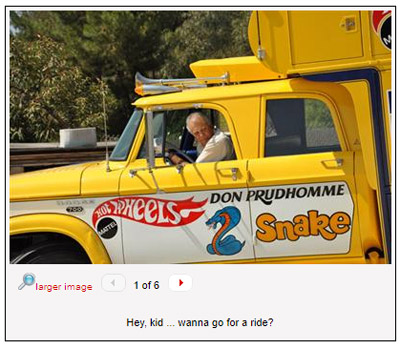 4. If you were around the previous version of the website, you remember the cool pocket photo galleries like the one at right that I could embed in any story that could hold dozens of associated images. The new website does not have a similar feature so, again, I had to pick and choose which images best reflected the column.

5. Because I’m a big fan of linking back to older columns, I should have started in 2007 and worked my way forward, but I’m not that smart. I could write a whle book on how not to do this. I did the more recent years first before realizing my error (that the linked-to article did not yet exist on the new site) so some of those links are broken. If you spot any, let me know (some of you already have).

6. There’s only a few articles in 2010 and 2011, which I added out of sequence to link from newer columns, or to aid someone in search of the content. They will be completed as soon as possible, There’s some cool stuff in there (who could forget the never-ending ramp truck and wedge dragster threads?).

7. If you see anything that doesn’t appear to be working as intended, drop me a line. That includes non-working links, missing images, etc.

One final semi-related thing that some of you may have noticed is that I added a permanent link to the Dragster Insider landing page (where the newest articles are posted) on the NHRA.com home page; it’s on the right side next to the Featured Stories column. Hopefully that helps you get here easier and quicker.

Thanks for your support over the past 10 years; here’s to another 10!

Until next time, as always, I’m reachable at [email protected].