TUNE TO FS1 AT 9 A.M. EASTERN FOR QUALIFYING HIGHLIGHTS FROM HOUSTON FOLLOWED BY FINAL ELIMINATIONS AT 2 P.M. or watch live on NHRA.tv

Antron Brown, Robert Hight, and Drew Skillman closed out the Western Swing with victories at the NHRA Northwest Nationals at Pacific Raceways outside of Seattle.
06 Aug 2017
Posted by NHRA.com staff
Race coverage 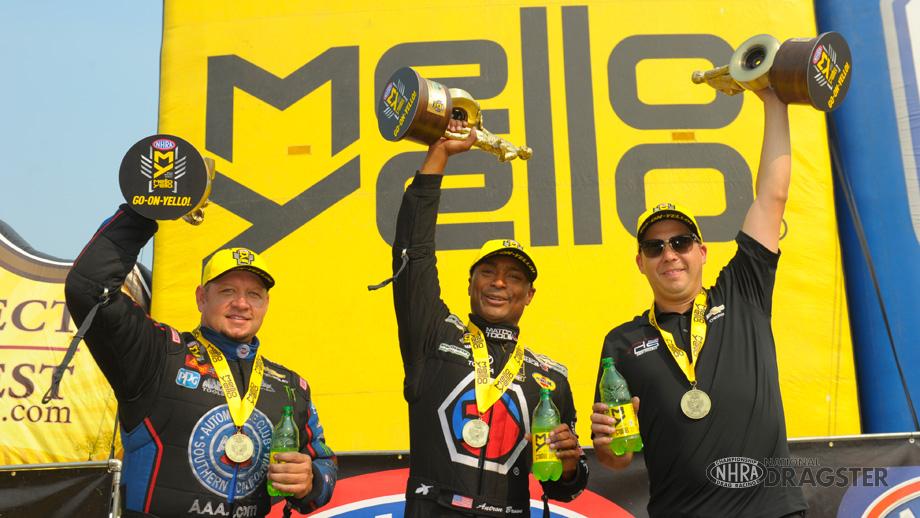 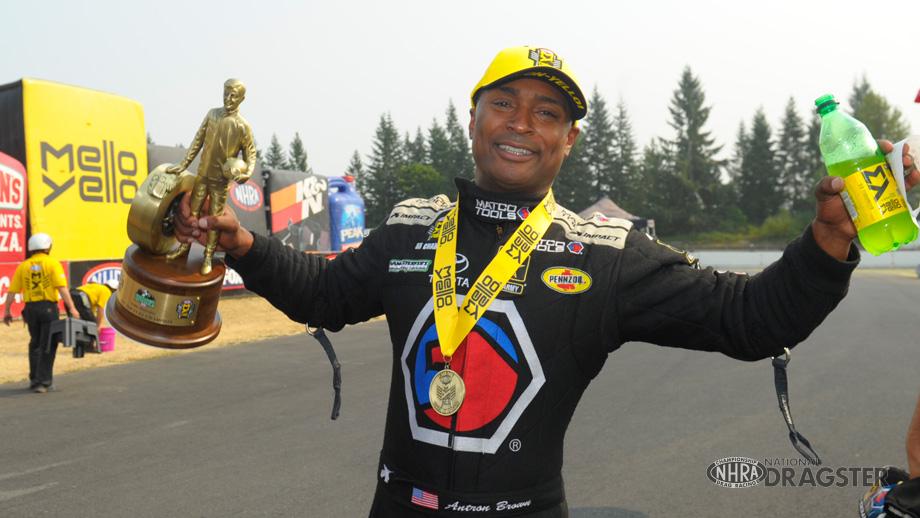 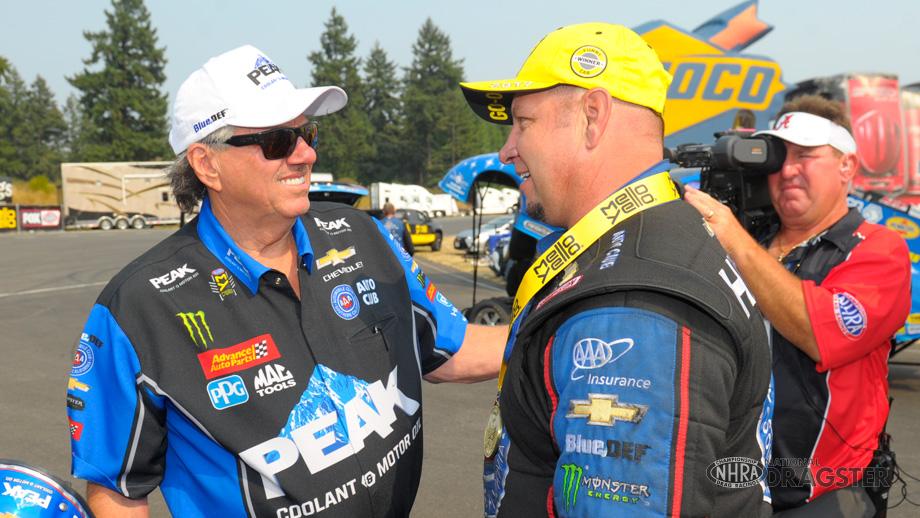 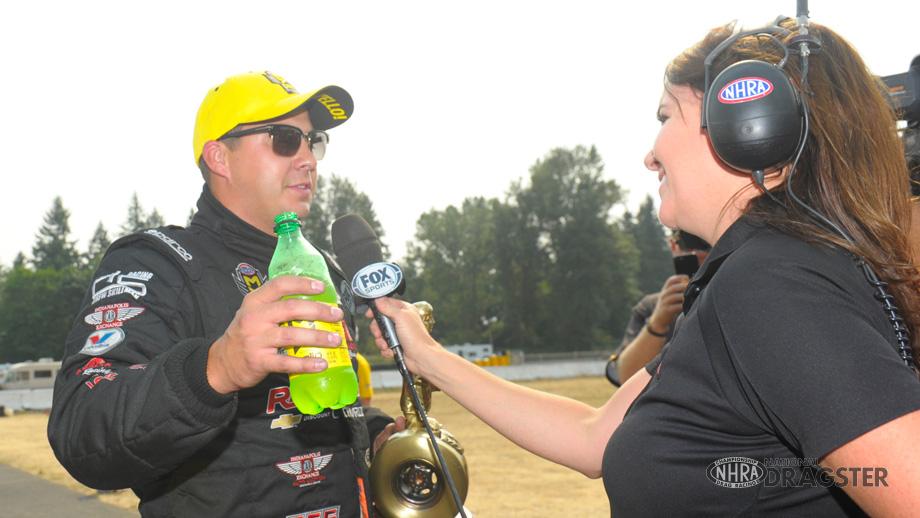 Robert Hight (Funny Car) and Drew Skillman (Pro Stock) were also victorious in their respective categories at the 16th of 24 events on the 2017 NHRA Mello Yello Drag Racing Series schedule.

Brown took down Terry McMillen with a 3.776-second pass at 326.48 mph in his Matco Tools dragster during the final round. He earned his fourth victory of the season and second in three events. With the victory, he takes over the Top Fuel points lead.

“I couldn’t be prouder of my guys, because the Western Swing can bring you down,” Brown said. “My team gave me a great car to allow me to go some rounds against tough competition, but this sets up some real interesting scenarios with only two races to go before the Countdown.”

Hight secured his second Funny Car victory of the season after a 3.890 pass at 328.62 in his Auto Club of Southern California Chevy Camaro SS to defeat Tommy Johnson Jr., who ran a 3.978 at 323.27 in his Make-A-Wish Dodge Charger R/T, in the final round. After earning his third No. 1 qualifier of the season on Saturday, Hight was able to secure his second victory of the Western Swing; he also won the opening race in Denver two weeks ago.

“This was a weekend you can only dream about, but to have low e.t. of each of the last seven sessions gave our team so much confidence,” Hight said. “We have a good combination whether it be hot or cool weather, which shows how strong my team is able to prepare for any track in any climate.”

In Pro Stock, Skillman took the victory after driving to a 6.604 at 209.33 in his Ray Skillman Chevrolet Camaro to defeat Erica Enders, who ran a 6.609 at 209.49 in her Elite Motorsports Chevrolet Camaro, in the final round. After qualifying second, Skillman earned his third victory of the season and third in the past four events.

“We definitely thought we had a car to sweep the Western Swing, and we missed it by two rounds, but today definitely makes up for that,” Skillman said. “Our team is working really well together right now, and I couldn’t be happier with the results over the past few events.”

Skillman moves up to fifth in the standings with the victory, as he is now tied for a category-best three victories on the season with points leader Bo Butner and Tanner Gray.

Skillman was the No. 2 qualifier and maintained his success with round-wins over Alan Prusiensky and Butner on the way to his second victory of the Western Swing. Enders qualified in the fourth spot and took down Matt Hartford, Jason Line, and Gray before reaching her fourth final round of the season, as she searches for her first victory since Epping.