No, the car had nothing to do with the band that brought us "Surfin' U.S.A." and "Little Deuce Coupe," but in a short span in the late 1960s, car owner Jim Busby and drivers Hank "the Surfer" Westmoreland and Dwight Salisbury rode a wave of popularity and a good-running car to new heights.
14 Jul 2017
Phil Burgess, NHRA National Dragster Editor
DRAGSTER Insider

Last week’s little song and dance about hot-rodding tunes by the Beach Boys met with more excitement than an outside break at Trestles, which is cool considering I was just musing aloud. Apparently, the Boys are very near and dear to the hearts of many of you as well.

Longtime column reader Mark Watkins, who grew up in Orange County just about 5 miles from the water, said that the group was “regarded by me and my peers as more of a soundtrack for our lives than a blueprint for a dream lifestyle. I can’t imagine what they represented to a kid growing up in Nebraska.”

Rob Doorack added, “I've always thought that Southern California in the early 1960s was probably the best time and place in human history to be a young person. The Vietnam war was still in the future, the economy was booming, and drag racing was cheap enough that a handful of guys working in a gas station could afford to run a Top Fuel dragster. “

Several of you asked about the Beach Boys front-engined Top Fueler of the late 1960s and if it was in any way affiliated with the brothers Wilson and the band, and the answer is “No,” and, also, “Thanks for giving me an idea for this week’s column.”

The Beach Boys fueler that you remember was owned by Jim Busby and driven, initially, by the late “Surfer Hank” Westmoreland and later by Dwight Salisbury.

Westmoreland, Busby, Bob Ekelberger, and Bill Karges were based out of the Newport Beach, Calif., and because they actually surfed (as opposed to most of the real Beach Boys) and, according to former National Dragster editor Bill Holland, one of them (not sure which one) also owned a surf shop there, they adopted the Beach Boys Racing team name in the late 1960s.

“We would actually go surfing and then tow the race car to the track with our surfboards still in the van,” Busby told author Tom Madigan in his book, Fuel & Guts. “We were sometimes confused with the Surfers racing team of Tom Jobe, Bob Skinner, and Mike Sorokin. There was also Don ‘the Beachcomber’ Johnson, who ran a Top Fuel car around the same time. It was all part of the California image, and it helped promote drag racing around the country.”

I couldn’t find Busby, but Holland got me in touch with Salisbury, who told me that despite apparently trading on the singing group’s name, they never heard any complaints from Beach Boys camp nor were affiliated with them in any way.

“Nothing was ever brought up as far as I know, at least not in the time that I drove it,” said Salisbury. “At the races, we’d get asked that question, but there was no connection. When we later got the Smothers Brothers deal, there was a real connection.” 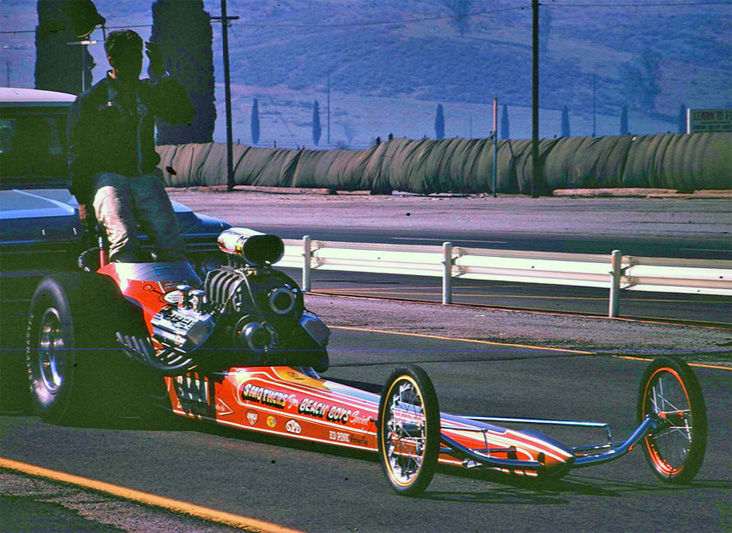 According to Busby, it was clutch magnate Carl Schiefer who  introduced him to Dick Smothers, one half of the comedy duo who had the popular Smothers Brothers variety TV show, and Smothers actually became a sponsor of the car, which was rebranded as the Smothers Brothers Beach Boys Special. (Holland, however, remembers that it was Busby pal Steve Evans who brokered the deal, and that Evans, then the editor of ND, left NHRA to work for Smothers, which moved Holland into the Dragster editor’s chair.)

Although the Smothers/Beach Boys car was successful and, with its star-power name, was a well-paid draw, Busby sold the Roy Fjastad-built dragster, along with the name, to Salisbury, then moved on to other projects. Salisbury ran the Smothers Brothers/Beach Boys car in 1969 after reteaming with original partner Bob Christensen but dropped both names after the ’69 season.

I’ll have more on the fine career of Salisbury next week, which is auspicious timing as the NHRA will be in Denver for the Mopar Mile-High Nationals, which was the site of Salisbury’s only national event Top Fuel win 35 years ago in the Whiting & Markley dragster. 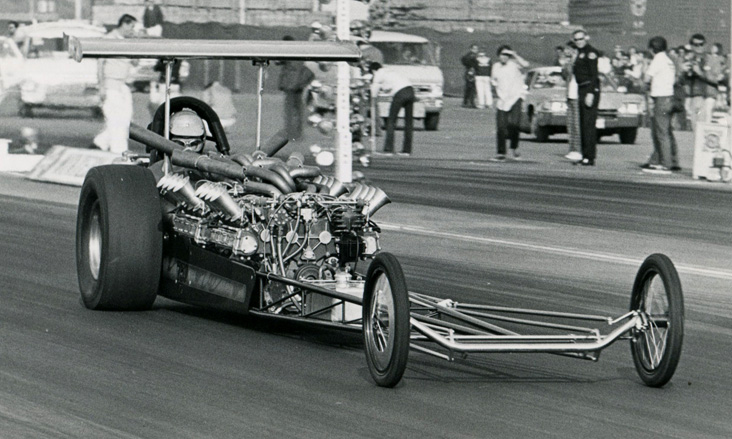 I can’t hear the name Jim Busby without thinking of his grandest project, a twin-engined slingshot dragster that he and cousin Bob Burnand, along with driver Westmoreland, debuted at the 1971 Winternationals. 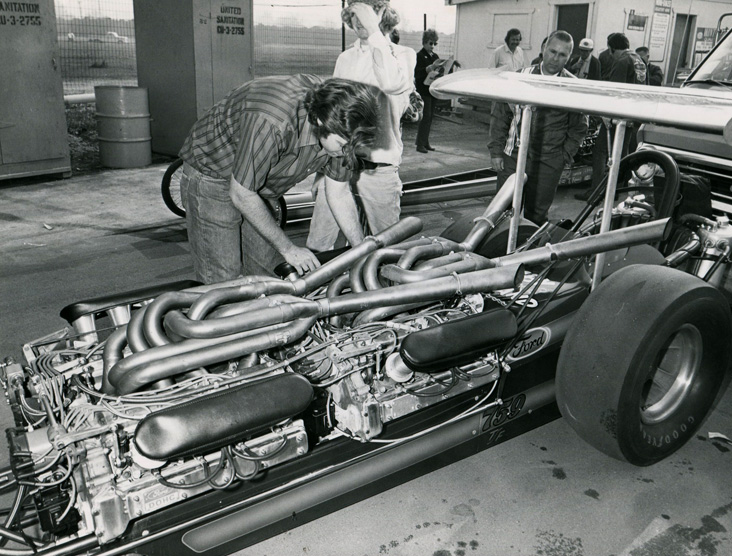 The car was powered by two 255-cid, four-cam Ford engines that Busby has purchased from three different Indy car teams after a USAC engine-block rule change had made them illegal. He bought five engines and spare parts for a paltry, fire-sale price of just $3,500. The Don Long chassis was an old Jr. Fuel chassis that Long front-halved for about $1,200, and the trio put maybe another $1,500 into getting car the car race-ready, making the car perhaps one of the least expensive Top Fuel cars ever built. 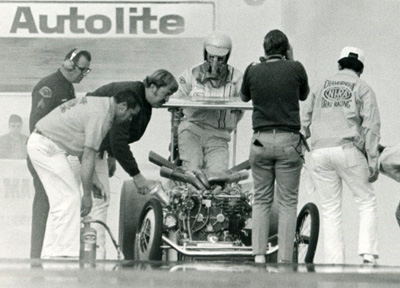 The car easily won the Best Engineered Award at the event but only made one run, a half-track checkout pass of 8.27 at 186.12 mph, and was shut off on the line with a fuel leak on its second pass, and failed to qualify for the show.

The Winternationals was the car’s one and only appearance because, shortly after the Winternationals, USAC reversed its stock-block-only rule and suddenly the little engines were in high demand. Busby sold the five engines to Leonard Fass of the King O’ Lawn Indy car team for $30,000 for a nifty profit of his initial investment. Busby, of course, went on to a successful career in sports-car racing and promotion.

OK, hopefully that clears up the Beach Boys questions, but I get the feeling (spoiler alert) that we might not be done talking about the beach yet.