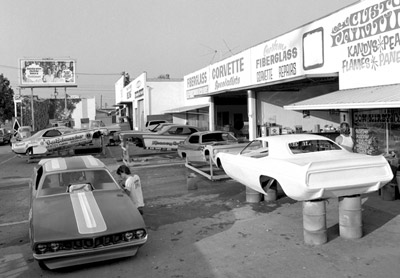 For the past five months, we’ve been talking almost exclusively about Funny Cars here – I know, #FirstWorldProblems, right? – so I thought I’d take a look back at a place that was responsible for many of them, Don Kirby’s Funny Car “supermarket,” a one-stop shop for Funny Car teams in the 1970s.

Located in the Los Angeles suburb of Bellflower, Calif., Don Kirby Custom Paint was much more than just the final stop for a plastic fantastic on its way to the dragstrip. From the multibuilding facility spread along Clark Avenue, Kirby and his cohorts, who included noted chassis builder John Buttera, airbrush aces Nat Quick and Kenny Youngblood, and a crew of versatile jack-of-all-trades, not only could tin, paint, letter, and mount your Funny Car body, but they also could make bodies, too. You could literally haul your rolling chassis into the shop and come back to get a completed car instead of having to drag it from specialist to specialist. 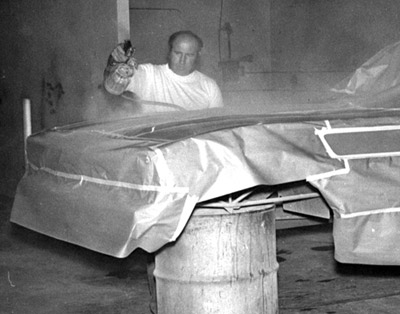 Don Kirby, laying on the color 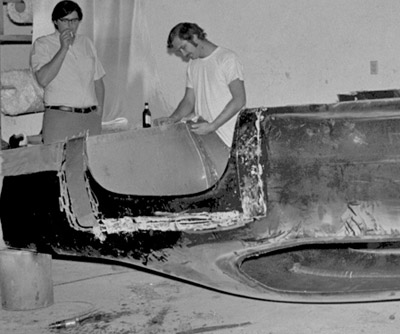 Kirby's team not only built the bodies but could custom modify them, too.

Kirby, whose wild Beach City Corvette is still regarded as one of the slickest Funny Cars ever, could customize the body any way you wanted it – longer, shorter, chopped – and then do everything else needed to make it race-ready, including adding the Lexan glass and, with the help of neighbor Bob Behrens, adding the tinwork. Kirby would usually handle the painting himself, then have Quick or Youngblood add the flourishes, such as realistic grilles and headlights, lettering, and pinstriping. A bare fiberglass body cost $550 (compare to $35,000 for a carbon-fiber wonder today!), and by the time it was rolling out the door, your bill was well south of $2,000.

The signs out front touted the shop as a Corvette specialist, where tender fiberglass repairs could be done to America’s finest sports car and custom painting (Kandys! Pearls! Flames!) was offered, but on any given day, the hot rods parked out front and inside were hotter than any street car.

The Insider’s indispensable photo ace, Steve Reyes, shot the accompanying photos at Kirby and Buttera’s place in December 1971 for an article that ran in the March 1972 issue of Drag Racing USA.

“The shop was located just a few miles from my house in North Long Beach, so it was no big deal to swing by there and check out who was getting a new body or paint/lettering on their race car,” he remembers. “In the winter, you could run into anyone and everyone in drag racing: Crew chiefs, drivers, and owners wandered in and out of the shop to check the progress of their new ride. I first met Billy Meyer at Kirby’s; he was zooming around on a minibike in front of the shop. Kirby asked me if I knew the long-haired kid on the minibike, then called Billy over and introduced me to the smiling kid with the Texas drawl. 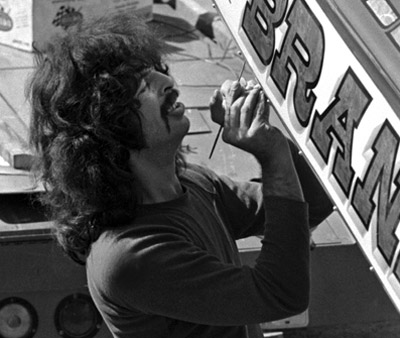 Nat Quick (above) and Kenny Youngblood (below), doing their thing. 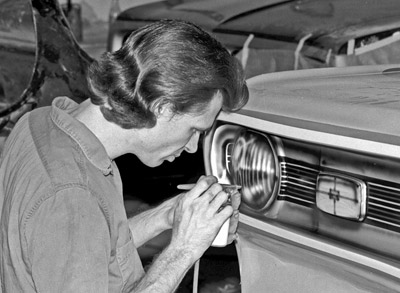 “Nat Quick was the in-house lettering and graphics designer. Nat was something else, quite the character. He had an old mattress he kept at the shop, and he would sleep in the shop so he would be there bright and early to finish a job, and he seemed to always be late finishing a job. I have photos of him finishing the lettering on the Brand X AA/FC in the pits at Dallas. Kirby and Nat were grateful for the ink I had gotten for the shop, and so they designed and painted my first tour van in 1972. Kirby painted, and Nat did the graphics. While Nat worked on my van, he dragged his mattress in the van and slept in there at night.”

“Kirby would call me over to help Nat if he got behind,” recalled Youngblood, who originally dreamed of designing cars in Detroit before drag racing stole his heart. “Nat was a tremendous talent, very meticulous, which made it slower.”

The love and detail that both Quick and Youngblood put into each car – making sure that the grilles looked like their factory counterparts, making sure that the headlights looked realistic, with depth and reflection – is amazing, especially considering the volatile nature of the cars back then.

“Because they were race cars, we always knew they were ‘terminal’; they could last five seconds,” said Youngblood. “But it never bothered me if one burned up because it was part of the drill and, in a way, job security.” 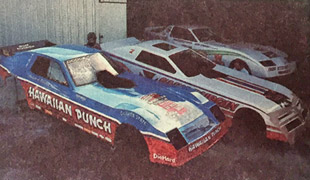 I don’t know when Kirby and company closed down their Funny Car factory, but I’ll never forget the time that Leslie Lovett dragged me to Tom Stratton’s paint shop not far from the Pomona track before the 1983 Winternationals, which is probably the closest I got to a similar experience. I was still pretty new on the job and not long out of the fandom where every trip to the Winternationals provided a bounty of new paint schemes to ogle, but at Stratton’s were three sneak previews: Roland Leong’s Hawaiian Punch Dodge, Gary Burgin’s Orange Baron Camaro, and John Force’s Mountain Dew Camaro, all in various stages of completeness. I shot photos as Stratton lettered Burgin’s car, amazed at his precision and steady hand. Both Leslie and Tom are gone now, but I’ll always remember that magical day. 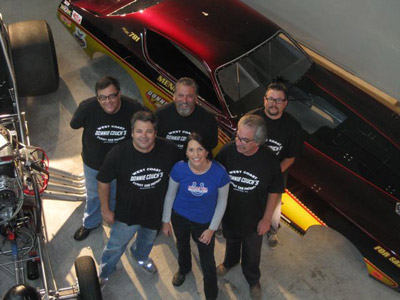 The idea of a Funny Car factory was reborn decades later thanks to the Nostalgia Funny Car craze. Donnie Couch, who has worked on and helped tune cars for some of the biggest names in the sport, created the West Coast Funny Car Factory in Whittier, Calif.

The services of Couch -- who like a generation of future crewmembers, crew chiefs, and pit rats hung out at Kirby’s shop -- and his band of experts are on the other end of the race car preparation spectrum from those that Kirby and company offered. A racer can bring a completed car to the factory, and Couch and crew would set up the car, everything from engine and clutch combinations to chassis tweaking. They have also gone to the track with racers, helping them to either get their license or showing them how to run and maintain the car.

“For example, Steve Romanazzi asked for our help; he’d been out there three years and had never qualified," said Couch. "We went through his car, put the setup on it, and took him to the March Meet. He qualified No. 1 and won the race. We haven’t had that kind of success with everyone, of course, but everyone we’ve helped has seemed happy.”

Even though the team does not build chassis or mount bodies, it has a complete network of people who can and happily recommends them to potential racers.

And finally, through the magic of Google Street View, I input the address (17542 Clark Avenue) to get a look at what became of Kirby's. You can see the before-and-after photos below. Sad to see Funny Car bodies replaced with a minivan ... 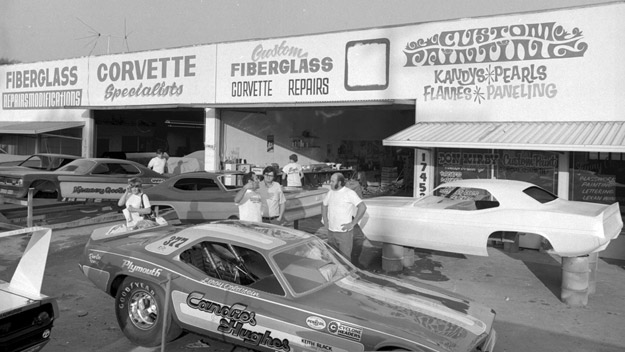