If you turned 21 years old yesterday, I’d like you to raise a glass of your now-legal-to-drink favorite alcoholic beverage and toast the memory of Joe Pisano, who left us on the day you were born, July 19, 1991.

Black had died May 13, at age 64, of an inoperable brain tumor, and though his death was not a surprise, Pisano’s surely was: He passed away suddenly of a heart attack at the Mopar Mile-High NHRA Nationals, in the arms of his crew on the return road at Bandimere Speedway just minutes after watching his car, with new driver Dale Pulde at the wheel, make a qualifying pass. The team, naturally, withdrew from the event, but his spirit rode on as former Pisano driver Mike Dunn won the event.

In our tribute to Pisano in National DRAGSTER, we wrote, “Many found it ironic that big-hearted Pisano, known affectionately as ‘Papa Joe’ and ‘Joe P.’ to his legion of friends and customers, would die of a heart ailment. He was eulogized as a man whose tough exterior hid a heart of gold, a generous man who lived his last years passionately and compassionately, often extending credit to customers beyond normal business practices.” 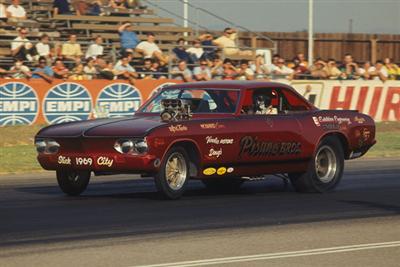 I got to thinking about “Papa Joe” earlier this year when I stumbled across a great article that Todd Veney had done with him just months earlier. Instead of a traditional feature or Q&A, Veney had hit upon an interesting format in which he selected great quotes from the man and put them under headings. There were 32, all wonderful and telling. I’m not going to reprint them all, but here are a few to remember him by. 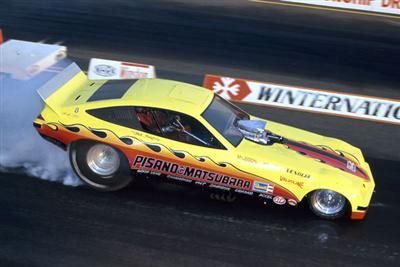 The Golden Rule: “A lot of drivers have been in my cars over the years, but no one ever went down the track without me there to see it. No engine has ever been started without me there.”

Easy pickings: “I’ve never had a hard time picking my drivers. I just go with people I like. My friends drive my cars.”

It’s all relative: “Winning the 64 Funny Car show on the Coast meant as much at the time as winning a national event does now. And setting a track record at Orange County was just as important as setting a national record now.” 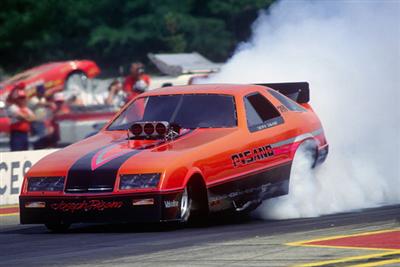 California Dreamin’: “Funny Car guys from the East would get their hopes up and come out to California to race every once in a while, and they’d just get blown away every time. All the baddest Funny Cars and the new ideas were from the West Coast, mostly from California.”

Like riding a bike: “The good racers we used to go against every week would still be tough today. The parts have changed and the cars have gotten a lot faster, but it still comes down to the clutch and the fuel system. If you’re good, you’re good.”

Jinxed: “Kenny Bernstein always seemed to beat us, no matter what the circumstances. And when Mike Dunn was driving, we always lost to Roland Leong, his former car owner.” 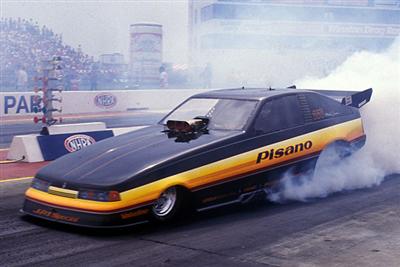 Nothing tops an “Ace”: “You can’t deny what Don Prudhomme has done – when he was on – and Kenny Bernstein was so good for so long, too. But day in and day out, for years and years, Ed McCulloch is the best because he’s always there. He was just flat hard to beat.”

Power hungry: “It all comes down to one thing for me: Power. That’s what drag racing is all about. I love power.”

I found it interesting that the article, which ran in that year’s Winternationals preview edition, had McCulloch’s car on the cover as well as that of Leong, two guys he cited in the interview, and also a bit sad in reflecting that just a few months later, he was gone. He admitted in the article that he’d already had three open-heart surgeries, so though his heart was the strength of who he was, it was his body’s weakness.

He even joked about it in one answer: “I’ve never sat in one of my Funny Cars when the engine was running. My heart would go crazy – they’d probably have to plumb oxygen into the cockpit.

After today’s remembrance as well as Tuesday’s item about the unusual eBay auction, I’ll be returning next week to the gold race car thread. I tracked down both Jackie Peebles and Chip Woodall to talk about their gold-laden race cars, and Woodall was kind enough to send me a collection of photos and to talk about his career. Good times.