When Raymond Beadle famously lost the roof of his Blue Max at the 1981 Winternationals, it turned his Plymouth Horizon into a convertible. He had to tack the roof from Kenny Bernstein’s spare body onto his to make the final because the rules said (and still say) that you had to have a roof. Twasn’t the case back in the early days of Funny Cars, when for a while the trend ran to bodies without roofs, as today’s photographic history lesson from Steve Reyes proves.

Long before he became famous as the tuning genius behind Kenny Bernstein’s four straight Funny Car world championships, Dale Armstrong was a bracket racer in Canada with a B/Factory Experimental Chevy that ran 11-second e.t.s at 115 mph. When Armstrong moved to Southern California in the mid-1960s, he graduated to a Chevy II that he later converted into a Funny Car with the addition of a blown small-block Chevy. True to his northern roots, he called the car The Canuck. The car debuted in the winter of 1966 with a full body, but after a blower explosion “removed” the car's roof, Armstrong continued to run it as a roadster. The car was one of the first Chevy-powered vehicles to dip into the eight-second zone, and it eventually ran a best of 8.89.

This ’62 Plymouth Fury was called Half/Breed for a good reason: It mated a '62 Plymouth back to a ’65 Dodge front (you can see where the paint differs slightly). The car originally was purchased and driven in mildly modified form to 13-second clockings by Bill Everett, son of Pete Everett of future Pete’s Lil Demon fame, who bought it at the East Los Angeles Chrysler Plymouth dealership where his dad was the service manager. When the younger Everett was drafted and served in Vietnam from 1965-67, his former Montebello High School classmate Leroy Hales began driving the car while he was attending medical school at USC. During Hales’ tenure in Half/Breed, the stroked 468 Dodge Max Wedge expired and was replaced with a Keith Black Hemi, and the front end was replaced with the lightweight aluminum of later vintage. Hales later drove Pete’s Lil Demon but after suffering second- and third-degree burns in a 1971 fire retired from driving and later headed the NHRA Safety Safari in the mid-1970s.

Al Vander Woude was in on the ground floor of the Funny Car revolution as a pioneer in Factory Experimental, and his Flying Dutchman Funny Cars were a class staple from the mid-1960s through the mid-1970s, first with Vander Woude himself driving and later Tom Johansen. All of his cars were of his own design, and for the most part, he personally constructed or supervised the construction of his cars from the wheels up after learning all things mechanical as a U.S. Navy Seabee. Vander Woude was behind the wheel of this topless ’66 Dart, shown running in Lodi, Calif. After sitting out more than a decade, the Vander Woude and Flying Dutchman names returned to the dragstrip in the late 1980s with a car owned by his son, Don, and drivers Terry Haddock and Jack Wyatt. The elder Vander Woude died in 2001 at age 67.

Southern Californian Joe Pierce was topless, too, in the Topless Too Nova, shown running at Lions in 1967 with driver Gary Harrison at the controls of the injected Chevy monster.

Cecil Yother’s Melrose Missile Plymouth Belvedere is certainly one of the most recognizable and flashy of the topless breed. Although the Melrose Missile first earned fame as a hard-running Super Stocker, this version (Missile VII, according to the chin spoiler) began life as a traditional altered-wheelbase A/FX entry in 1965 with Tommy Grove driving, but when Grove quit to begin his long association with Ford, Yother, who was based in Northern California, took his spot. The car went through several iterations, but none more famous than this version, shown at Lodi.

Diehard Southern California nitro racer Randy Walls (still running in Nostalgia Funny Car today!) bought this topless ’66 Corvair from Hayden Proffitt and campaigned it in 1967. Proffitt chopped the top off of the car when it showed a tendency to want to fly at speed. Ralph Nader must have been proud.

And, of course, there are the Corvettes, led by the most famous (and disastrous) of them all, Don Kirby’s Beach City Corvette, shoed by the likes of Pat Foster, Ron Goodsell, Gary Gabelich (pictured; note the trademark plumes on the helmet), and Don Hampton. The car, built originally by Foster while partners with Ronnie Scrima at Exhibition Engineering, was surely cursed and crashed and/or burned several times, most famously on the side of the Santa Ana Freeway after running off the end of Orange County Int’l Raceway. Foster had been driving the car before that but was injured at Lions while testing Leland Kolb’s new Woody Gilmore-built rear-engine car, and Goodsell was the one who parked ‘er on the freeway under extreme duress.

You might notice that I haven’t included any Jeep Funny Cars so far because, well, Jeeps were topless by nature, so they were run as is (Reyes included several Jeeps in his mailing). Gene Conway was one of those Jeep drivers (the famed Destroyer) before the model was outlawed at sanctioned events, so he moved into the next closest thing, a Kirby-built topless Corvette, in 1969.

Marv Eldrige owned the West Coast Funny Car body emporium known as Fiberglass Trends, so it’s no surprise that he could run whatever body he wanted on his Funny Car, and he, too, chose the classy-looking topless Corvette. Fiberglass Trends also supplied the Corvette body for Rod Barker’s 'Vette, seen below at Fremont.

OK, that’s it for a few of the almost bottomless list of topless cars; I know there are a lot more, but these are the pics that Reyes chose to share.

I received a few questions about rear-engine Funny Cars after showing off Bert Berkiner’s Hindsight and was contacted by Mark Johnson, who was a crewmember on the Hindsight and had great behind-the-scenes info that I’ll share soon, and I ran into Mike Dunn last weekend in Pomona, who shared a few tidbits about his dad’s famous rear-engine cars (yes, there were two).

Farewells: 1960s Top Fuel racer, record setter, and innovator R.L. “Randy” Peyton died of cancer Oct. 26 at hospice in Florida. A feature movie is being made about his life in racing; filmmaker David Betances is attached as director and co-writer of the script with his brother, Harrison, who toured with him as crew in the 1960s. More information will be available soon at Wildmanthemovie.com.

On Nov. 7, we also lost Utah Top Fuel racer Mike Taft, of Aiello, Taft & Allen/The Want Bird fame. Taft was 70 and continued his love of the sport even after he left active competition and kept up on all current national events. 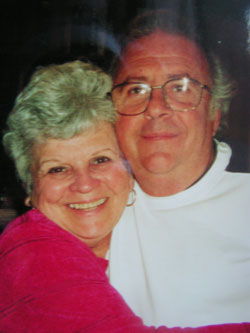 Legendary car builder Ronnie Scrima passed away Nov. 16 after a short battle with blood cancer. He was 76.

Those familiar with this column know well the Scrima name from his work as the proprietor of Exhibition Engineering, which produced an amazing line of cars from the mid-1950s through the mid-1970s, including the famed Albertson Olds, his own fabulous Scrimaliner Top Fueler, the first Hot Wheels Funny Cars, and so many more Top Fuelers, Funny Cars, and fuel altereds.

After drag racing, he turned his attention to motorcycles and motorcycle road racing, founding Racing Engine Service in 1982, specializing in high-performance motorcycle engines for everything from road racers to mini sprint cars and SCCA D Sports Racers.

Scrima is survived by his wife, Lois; son, Scott, and his wife, Pam; daughter, Kellie Gragg, and her husband, Steve; grandsons, Ronnie Scrima and Josiah and Joe Philip; and mother-in-law, Barbara Poole.

Services for Scrima will be held Saturday, Nov. 19, at 2 p.m. at Crossroads Christian Church in Grand Prairie, Texas (www.crossroadschristian.net/location_09.shtml).