Who’s next? A look at who’s likely to be NHRA’s next first-time Pro winner

With his Pro Stock Motorcycle win at the Denso NHRA Sonoma Nationals, Joey Gladstone can no longer be referenced as “long-overdue to win his first NHRA race.” That being said, there are more than a dozen other NHRA Pros whom that phrase might apply to. Here is a list of some of the drivers (listed in alphabetical order) who might be next in line to claim their first victories.
26 Jul 2022
Kevin McKenna, NHRA National Dragster Senior Editor
News

With his Pro Stock Motorcycle win at the Denso NHRA Sonoma Nationals, Joey Gladstone can no longer be referenced as “long-overdue to win his first NHRA race.” That being said, there are more than a dozen other NHRA Pros whom that phrase might apply to. Here is a list of some of the drivers (listed in alphabetical order) who might be next in line to claim their first victories. 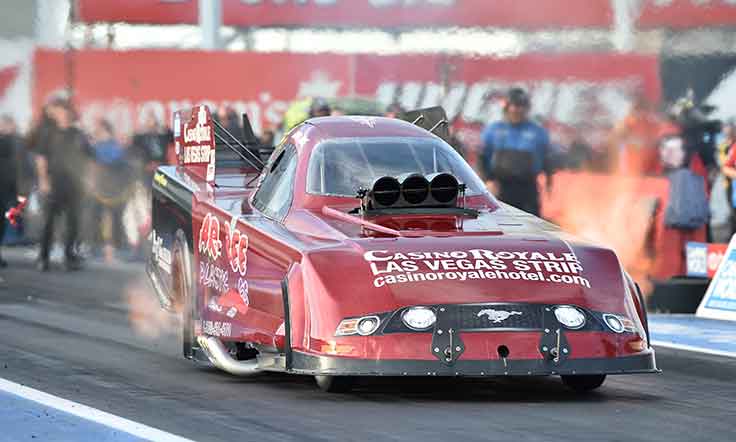 Had his engine held together for another fraction of a second in this year’s Houston final, 20-year-old Bobby Bode would already be a national event champion. As frustrating as it was to lose his first final, Bode showed all NHRA fans that he’s got what it takes to succeed in a very tough Funny Car class. As a full-time college student, he doesn’t’ get to race as often as he’d like, but it's not unreasonable to think that he'll soon get another shot at a title and ultimately join his father, Bob Jr., as an NHRA national event winner. 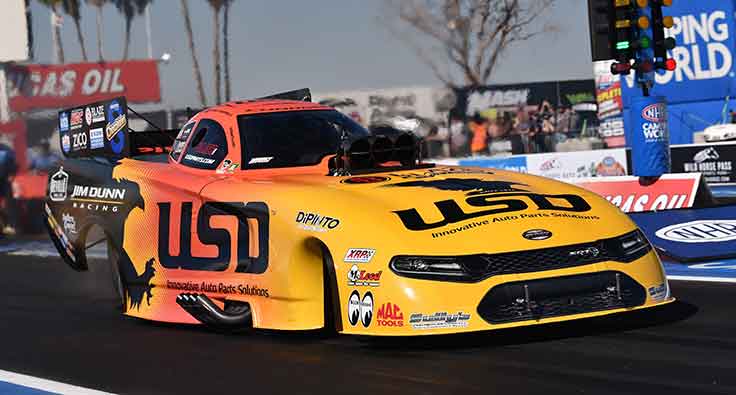 Car owner “Big Jim” Dunn knows his way to the winner’s circle, as he’s previously tuned Frank Pedregon, Kenji Okazaki, and Tony Bartone to nitro Funny Car titles. Now, the challenge is to do the same with Campbell, who has had very modest success with three semifinals in 127 career starts. Campbell recently recorded a career-best 3.950 in Epping and backed it up with another three-second run at the most recent race in Sonoma. A win would likely take a bit of good fortune, but it wouldn’t exactly be the biggest upset in the history of the sport, either. 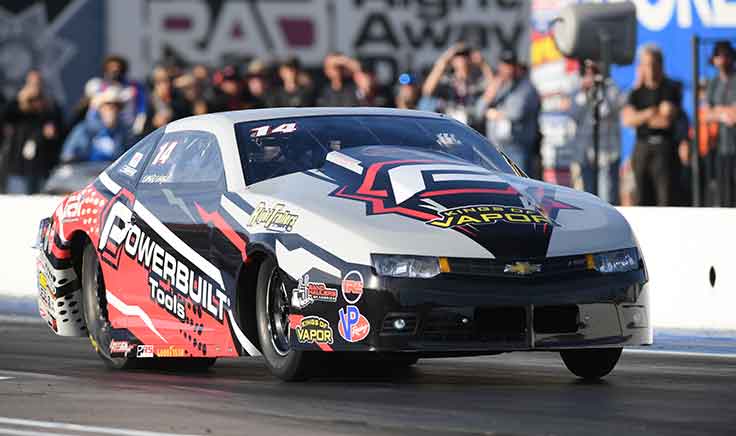 Given the level of competition in today’s Pro Stock class, rookie Camrie Caruso has arrived well ahead of schedule. New to the class this season, Caruso won her first round at her second race and appeared in her first final two races later in Houston. At that event, Caruso also qualified No. 1 with her Jim Yates-tuned Camaro. Caruso’s reaction times have steadily improved this season, and she’s holding steady in the Top 10, which means she could easily be the sport’s next first-time winner. 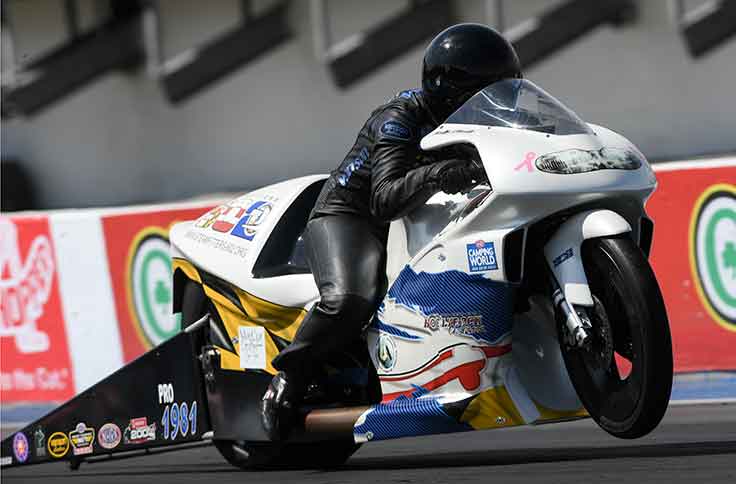 Some might think of Clontz as a longshot to become NHRA’s next first-time winner, but she likely would not agree. Clontz’s record includes three round-wins in 61 career starts, but it’s worth noting that her career best is a respectable 6.862. That might be a tenth or so behind the class leaders, it’s enough to keep them honest. Clontz and her husband, Chris, work hard to improve at each event, so when the opportunity presents itself, they should be fully capable of taking advantage of it. 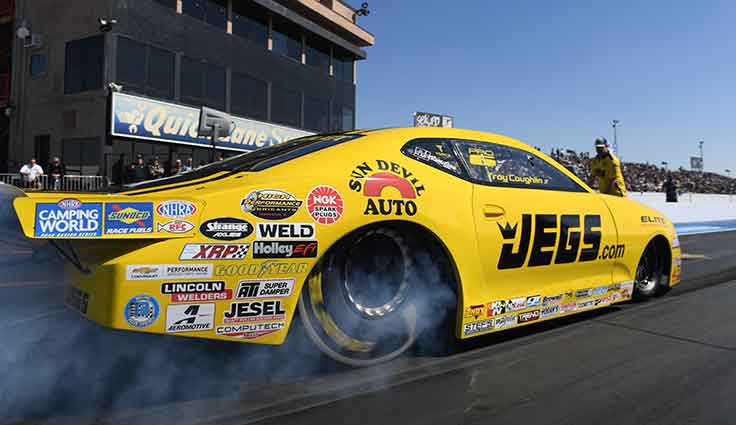 When he entered the Pro Stock class, Troy Coughlin Jr. was met with high expectations because he was replacing his uncle, Jeg Coughlin Jr., who retired with five professional championships to his credit. So far, it’s been a bit of a struggle for T.J., but he has managed three runner-up finishes, including one at this year’s Phoenix race. Coughlin has struggled for much of the 2022 season, but the Elite team recently diagnosed and fixed a few issues. As a result, Coughlin has qualified very well and appears headed for more success. A consistent winner as a Sportsman racer, the talent and the desire have always been there. Now, Coughlin just needs an opportunity to showcase his skills. 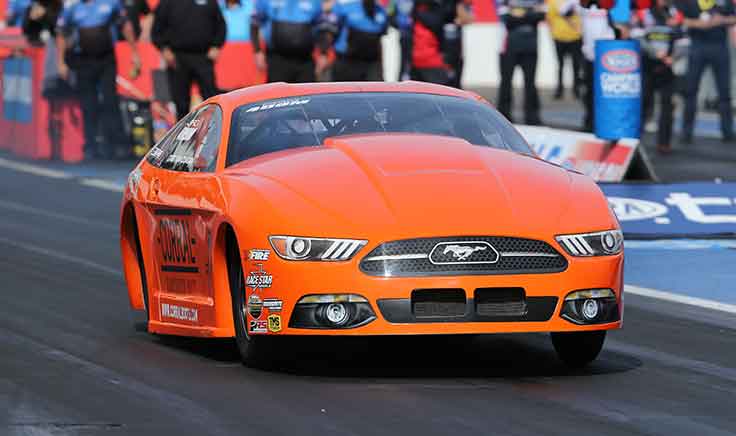 Most Pro Stock insiders will tell you that this kid has the potential to be the best driver in the class, and his statistics would seem to support that conclusion. After all, have you seen his reaction times? More often than not, Cuadra leaves first, and even though he’s subject to the occasional red-light, he’s got what it takes to be a consistent winner in the Factory Hot Rod class. In fact, if not for a reported engine failure at this year’s four-wide race in Las Vegas, Cuadra wouldn’t even be on this list as he was well on his way to a first victory. 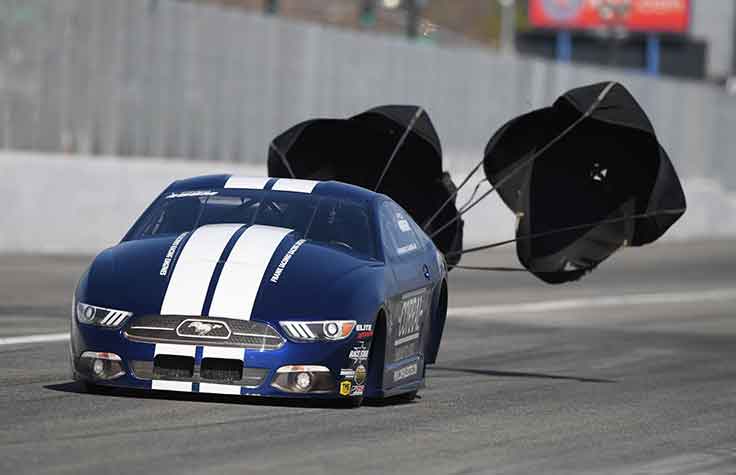 He hasn’t gotten as much attention as his younger brother, Cristian, but Fernando Cuadra Jr. is another Pro Stock racer who is capable of getting the clutch pedal out on time. A three-time semifinalist in 37 career races, Cuadra has shown the ability to win rounds from the bottom half of the qualifying ladder. A new association with the Elite team has helped raise the level of competitiveness for the Corral Boots team, which greatly improves Cuadra’s odds of winning his first event in the near future. 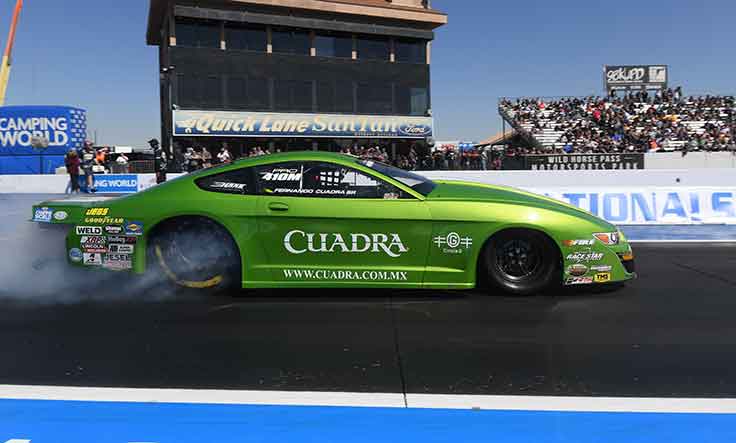 During the 2019 season, Fernando Cuadra Sr. went to a pair of final Pro Stock finals in Reading and Pomona, and while he came up short in both of them, it showcased his ability to win in what is arguably the sport’s most competitive class. Fast forward to 2022 and the patriarch of the Cuadra clan is having his share of difficulties with three DNQs in the first 10 races, but there is light at the end of the tunnel, thanks in large part to the Elite team and engine builder Frank Iaconio. 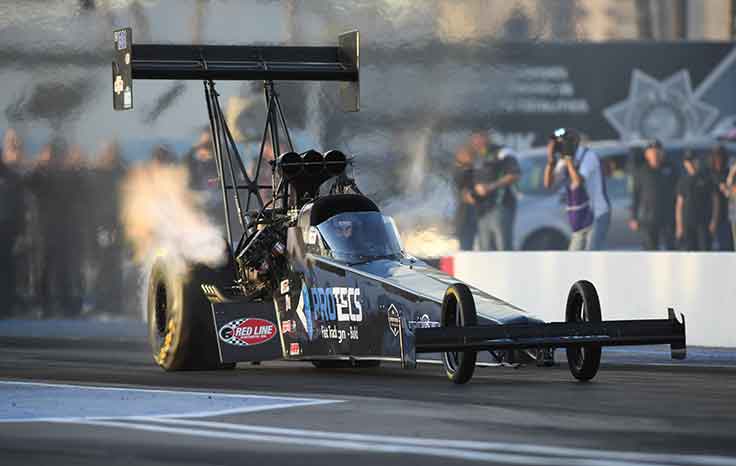 He doesn’t race a full schedule, which obviously hurts his chances a bit, but when Doug Foley does race, his competitors are well aware of what they are up against. Case in point, Foley went to his first Professional final earlier this year in Gainesville, and it was hardly a fluke. Under the guidance of crew chief Aaron Brooks, the Foley and Lewis dragster is a consistent 3.7-second performer, and that’s often enough to get the job done. 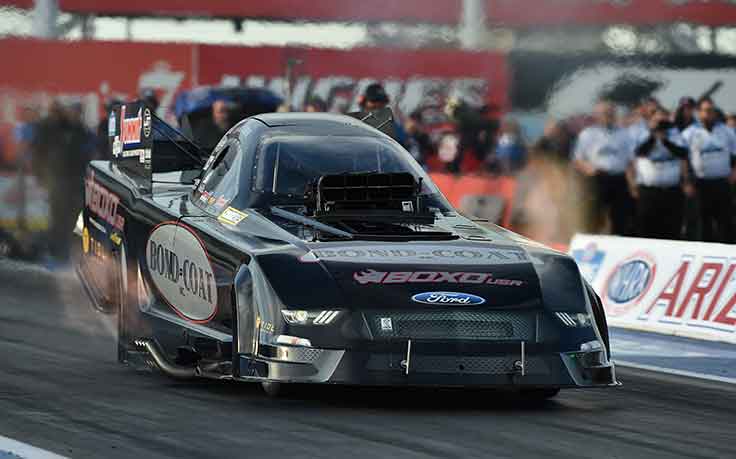 First off, its important to point out that Green is still relatively new to the nitro Funny Car class with just 20 races under his belt. That being said, he’s already been to a pair of semifinals and run a career-best 3.92 thanks to the help of tuners Daniel and Tim Wilkerson. Green already has a U.S. Nationals Wally from his days in the NHRA Pro Mod Drag Racing Series, so he clearly knows how to perform on the sport’s biggest stage. The Funny Car class is brutal right now, but Green is more than holding his own. 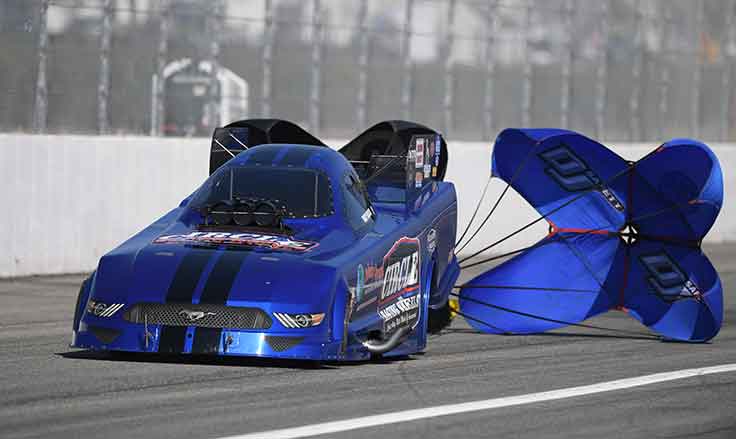 Terry Haddock has been to one semifinal in 312 races, so yes, he’s very much in the longshot category, but it’s also obvious he doesn’t’ know the meaning of the word quit. Haddock’s car can run consistently in the 4.0s with a career best of 4.026, which means he’s not going to out-run the class leaders, but he’s also quick enough to keep them honest. When one thinks of great Funny Car upsets, Sherm Gunn’s win at the 1984 NHRA Finals and Bob Gilbertson’s 2000 Houston win immediately come to mind. A Haddock victory would fit nicely into that category. 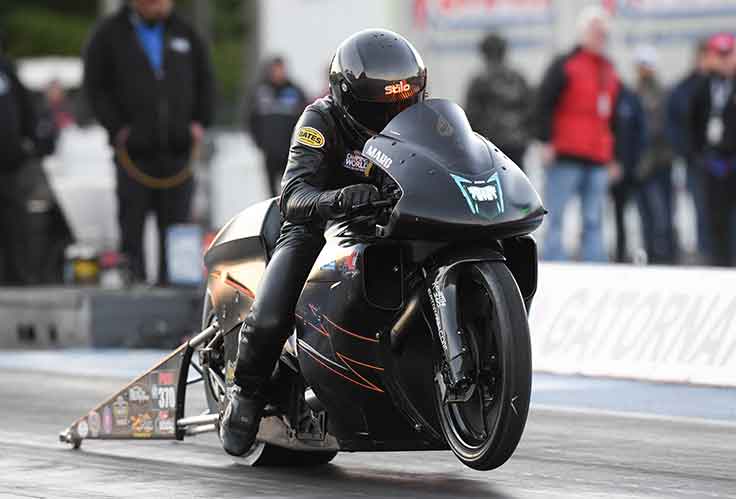 A year ago, Ingerwersen wouldn’t even be on this list, but his success in 2022 might easily make him one of the favorites to win his first race. Ingwersen came into this season seeking his first round-win. He checked that item off his to-do list in Gainesville and has raised his career record to 6-7 with a pair of semifinals in Richmond and Bristol. It's a big leap to go from semifinalist to winner’s circle, but Ingwersen is definitely trending in the right direction. 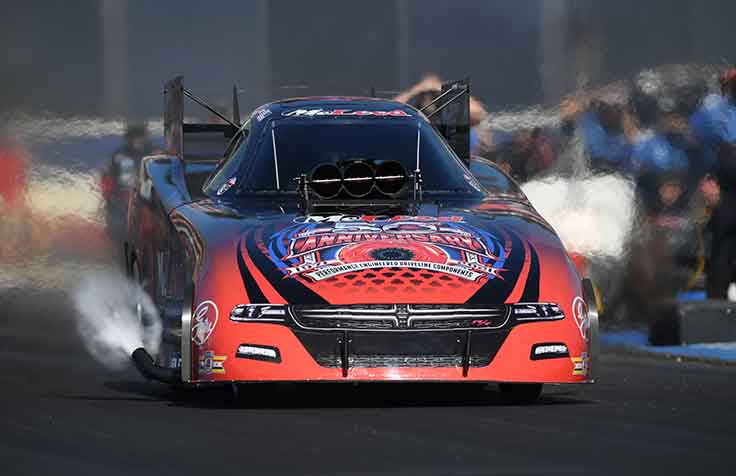 Given his track record in the business world and his three prior wins in the Top Alcohol Funny Car class, it’s obvious that Paul Lee doesn’t fail often, and he’s determined to build a successful nitro Funny Car team. Progress has been slow with a single semifinal finish and 27 round-wins in 120 races, but recent crew chief changes have begun to yield positive results. With a career-best 3.881, Lee has the pace to take the fight to the class leaders. 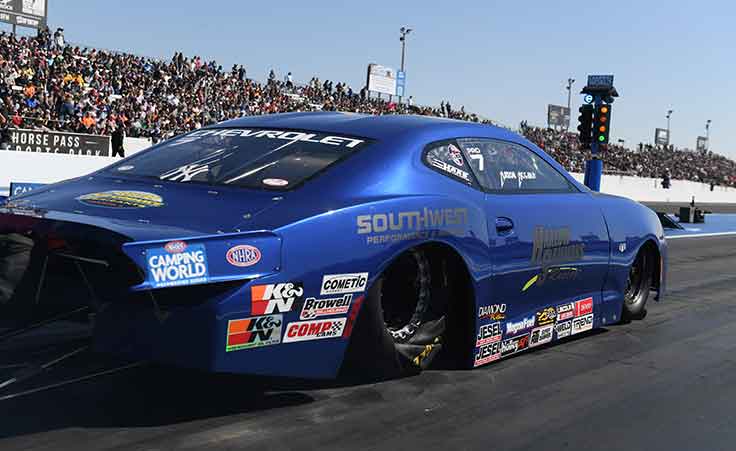 Let’s be perfectly honest here; the only thing separating Mason McGaha from his first NHRA Wally is a bit of luck. The third-generation racer made his debut as an 18-year-old in 2020 and has never once looked out of place behind the wheel of a 210-mph Pro Stock car. McGaha is listed as a runner-up from the 2021 four-wide race in Charlotte, and he’s racked up some big round-wins, including a recent holeshot victory over Erica Enders in Denver. So far, McGaha has been to the semifinals (or better) 11 times in 35 starts, and it’s just a matter of time before he gets over the hump and wins his first race. 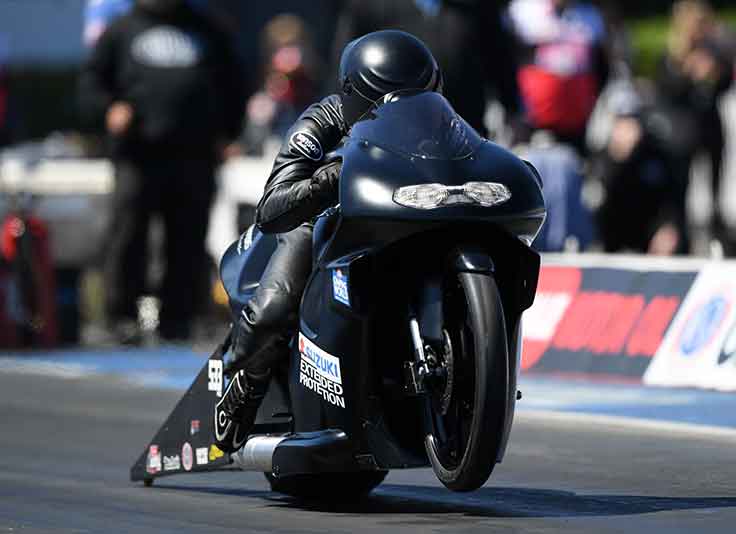 Jimmy Underdahl has already appeared in two final rounds, and even though they came in 2010 and 2015, the experience is a valuable tool when it comes to future success. Underdahl races alongside Jianna Evaristo as part of the Scrappers team, and they’ve recently raised their level of competitiveness under the guidance of five-time world champ Matt Smith. That bodes well when it comes to the possibility of future success.