Timing is everything for Austin Prock

It's still early in his career, but Austin Prock has already found the value of being in the right place at the right time.
13 May 2022
Kelly Wade
Feature

It's still early in his career, but Austin Prock has already found the value of being in the right place at the right time. However, that works in the opposite direction as well. After a stellar first season in Top Fuel that culminated in NHRA Rookie of the Year honors, John Force Racing driver Prock found himself sidelined for an extended period just as he was getting his footing. This year, he's back in the saddle with a renewed appreciation of just how much timing matters.

Prock, whose early career included successful stints in midget cars on pavement and sprint cars on dirt, made his NHRA Top Fuel debut in 2019 with John Force Racing. The ambitious young man came to JFR through their driver development program in 2017 and was a crewmember for both Courtney Force (Funny Car) and Brittany Force (Top Fuel) before landing his own ride.

Throughout his career, Prock has seen tremendous highs — winning Seattle in his first Top Fuel final during his rookie season — and heart-sickening lows, such as a full-stop for JFR when the COVID-19 pandemic hit, just as his sophomore season was getting off the ground. 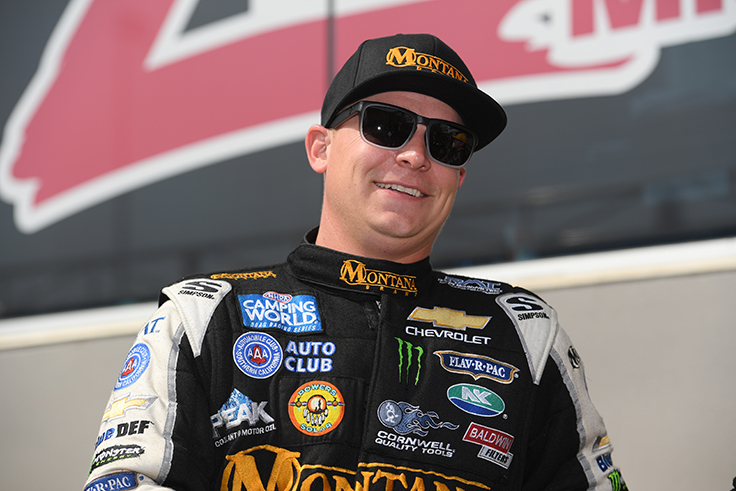 Prock kept his allegiance to JFR though sidelined for nearly two full years, aside from a lone appearance in the summer of 2021 when Clay Millican fell ill in Norwalk. Prock, who was working with his dad on Hight's car that season, was ready when he got the call to fill in for Millican, and he reached the semifinals in his first race since February of the previous year.

"That was a cool experience," he said. "Not just the Norwalk race, but getting to work with my dad [last year]. It was one of the coolest things in my career, getting to work side-by-side with my old man. That doesn't happen in family and career very often."

When the time came for Prock to return to racing full time with the support of Montana Brand and Rocky Mountain Twist, he was just as ready as he was when he got the call to fill in for Millican. The team was put together rapidly as the final pieces of the deal came together, but it was all systems go for the season-opening Lucas Oil NHRA Winternationals presented by ProtectTheHarvest.com with an incredible duo leading the charge in co-crew chiefs Joe Barlam and Rahn Tobler.

"Joe Barlam is a very aggressive tuner — like my old man — swinging for the fences, and Rahn Tobler is more conservative and wants to run what we know we can run so that we can win the round," said Prock. "I think they're a good yin and yang, and I use that as a confidence booster. A crew chief of the caliber of Joe Barlam wanting to race with a rookie like me, and now a legend like Rahn Tobler, it gives me a chip on my shoulder to perform like a legend." 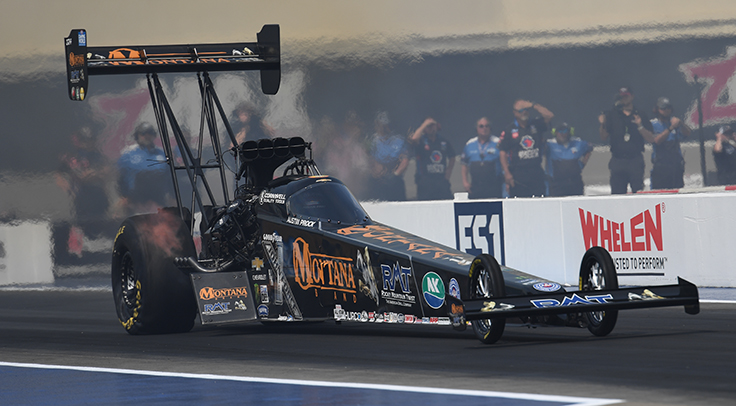 Out of the gate, the team was showing that they had the right combination of personalities and power as they reached the final round at the Winternationals. Although the two following events produced far-too-early exits, they're on the rebound now as the tour heads to Richmond for the Virginia NHRA Nationals.

"I feel like we set our bar really high in Pomona, and it put a lot of pressure and attention on us," shared Prock. "Once you reach that level, you're expected to stay there. But you can't forget that this team was thrown together in about a week and a half. All the parts and the pieces and the people are still there, and it all fell in line in Pomona. We got to show what this car and team are capable of, and we'll get back to that point. When we do, watch out.

"Our notebook is pretty short, but this car is capable of winning. I have to do my job, the crew and crew chiefs have to do their job, and the Wallys will start falling."