After years of chasing points at the highest level of NHRA Top Fuel competition, fan-favorite Scott Palmer doesn’t get behind the wheel of his nitro dragster that much anymore, but it’s not like he’s sitting around the house watching Netflix.
14 May 2022
Phil Burgess, NHRA National Dragster Editor
Feature

After years of chasing points at the highest level of NHRA Top Fuel competition, fan-favorite Scott Palmer doesn’t get behind the wheel of his nitro dragster that much anymore, but it’s not like he’s sitting around the house in Cassville, Mo., watching Netflix.

Last year he helped turned Pro Stock pilot Alex Laughlin into a Top Fuel driver, taking him from 6.50 Pro Stock passes to 3.70 nitro blasts with amazing ease, and they’re back on track to run 10 races together in 2022.

He’s got a Pro Mod car. And an Alcohol Funny Car. And a drag boat. And, of course, his wild, nitro-burning Studebaker.

Palmer is back behind the wheel of his Top Fueler for this weekend’s Virginia NHRA Nationals for his first of a handful of races in the cockpit, and he’s going to spend the other weekends in the year accomplishing other racing goals.

“All I wanted to do when I ran those full [Top Fuel] seasons was to prove that a little guy could respectable and get into the top 10 [standings],” said Palmer who finished in the Top 10 in back-to-back seasons in 2017 and ’18. “I did that but doesn't mean I want to run the full season all the rest of my life.

PICK A SERIES, ANY SERIES

“I’ve got a ’63 Corvette that I run in Outlaw Pro Mod that I’d like to try to run in the NHRA series. It’s got a little different combination than the other blown cars out so I’d want to do some testing first so I don’t embarrass myself, and I’d like to continue helping Alex so he can eventually have his own team.

“Alex’s Havoline deal is a good deal for me, and it's fun helping him to get rolling, but I can’t do much more than 10 races with him and he needs his own car because he needs to do a lot of appearances and displays and stuff that I can't do.

“I have a lot of other stuff I want to do for my sponsors,” he continued. “It's exciting for me especially because I don't have sponsors, I have friends that have big companies, so when I don't drive [the Top Fuel car] they don't care, but I've got a lot of people that have helped me get to this point that I can't leave behind. When COVID hit and [NHRA got shut down], I took that sponsor money and did other things with it, running the Midwest Pro Mod deal and some No Prep and outlaw races. 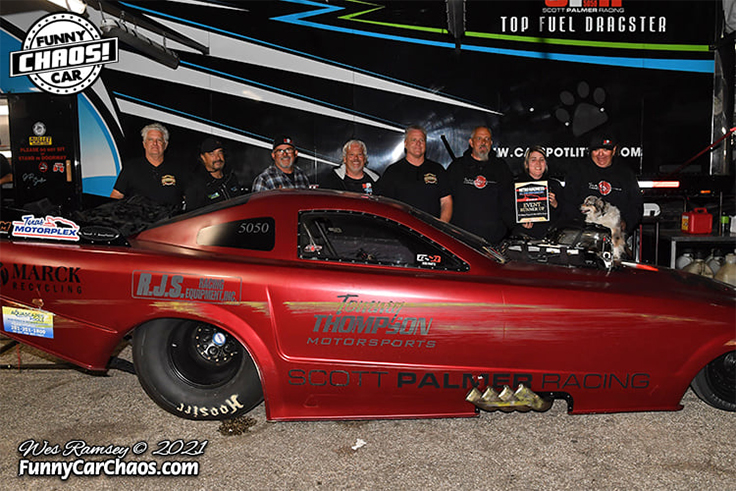 "When that big Nitro Chaos race came around [in 2021] and I heard there were 68 cars in the staging lanes, I wanted to be there, so I bought an Alcohol Funny Car and ended up runner-up.

“Because of COVID, I came out ahead. I've got eggs in every basket. If I get tired of one series, I can run another.” 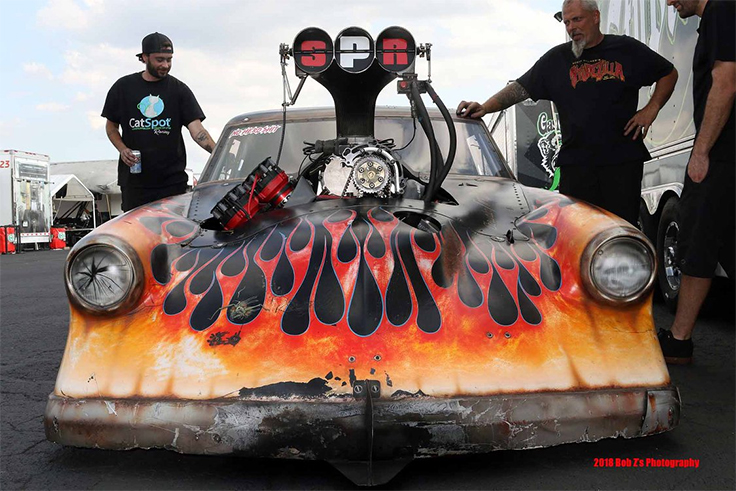 And then there’s the famous “Studezilla,” a left-hand-drive ’53 Studebaker stuffed with a nitro-burning engine right out of his Top Fuel dragster.

“I could run the Studebaker every weekend at some track,” he said. “I have 50 invitations right now to run it any day I'm off.”

Studezilla is a wild piece, with 12,000 horsepower and a 112-inch wheelbase, and to say it’s popular would be an insult to everything else that’s popular. He sells t-shirts like t-shirts are going out of style, raking in six figures alone on Studezilla apparel.

“It's actually got a brand-new motor in it,” he said. “We’ve run 240 mph to the eighth[-mile] twice, and if it does that it'll go 300 mph in a quarter if that makes it. So that's the goal. I need to make some more half-track test runs and I'll be more comfortable with it. If it goes 300 ever in my lifetime, I’ll only do it once just to say I did it.

“It’s a wild ride. You definitely know you’ve stepped on the gas when you step on it. It’s a little scary. I’ve also got a ’70 Chevelle just like it that we can run it against, but no one else is doing this. People think I want to start a circuit with it, but I don’t. It's just a circus act. That's all it is.” 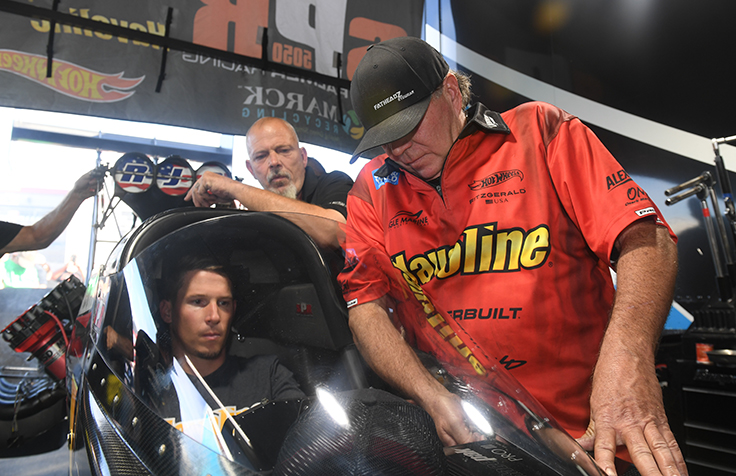 Palmer and Laughlin surprised everyone last year when Laughlin jumped into the car for the Mile-High Nationals, ostensibly to fulfill sponsor obligations, but they soon found out they were capable of much more.

“We threw him into the frying pan. He was running around 3.78 within the first two races and he actually came in to me and said, ‘I'm just gonna tell you” I'm behind,’ and I was, ‘OK, good. Thank you,” because he’s still only got maybe 30 runs.

“I think the car could go a lot faster, low 3.70s, maybe a 3.60-something, but our goals are a little bit different when Alex drives. We want him to make good runs down the track and look out for sponsors, and he’s already won a couple of rounds, so he's so good. He can do it, for sure.”

Palmer can still do it, too, and even though he’s moving from car to car and series to series, his heart Is still in Top Fuel, where he’ll race later this year in Bristol, Topeka, St. Louis, and Pomona.

“I still love it,” he proclaimed. “It's the top of top, racing the best of the best.”